The news that wonder-boy billionaire Elon Musk is serious about developing technology that connects our brains directly to our computers (and electric cars) got me thinking about whether it’s a good idea to become a cyborg now and beat the rush.

Below are 12 tech implants that already exist — real technologies that extend our physical abilities beyond normal human limitations — along with a rating of how useful each one might be to you. Each of these body-mods has been used before(no theoretical devices allowed) so think of this as a cyborg shopping list.

Body-modders and transhumanists are excited about our bio-enhanced future, but my Uncle Gary has been a machine-man since he had a pacemaker implanted in 2004. These electronic devices keep your heart beating at a steady clip and have been successfully used to prevent dying since 1960. 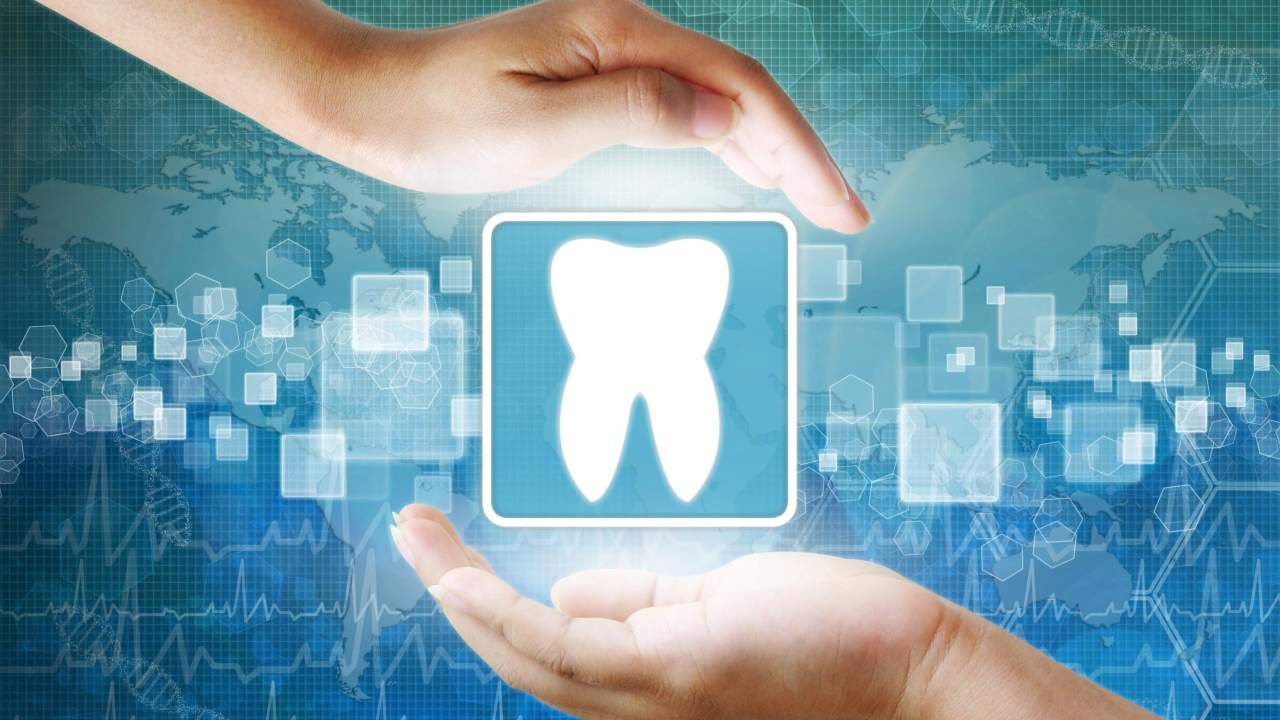 Transpecies activists and performance artists Neil Harbisson and Moon Ribas (more about both in future slides) created a “Transdental Communication System” that allows them to hit a button and buzz a special bluetooth enabled tooth in each other’s mouths. They can communicate in Morse Code (or should I say “mouth code,” amirite??)

Usefulness: 3/10. This is an art project with limited practical use — why not send a text? — but it’s pretty cool. 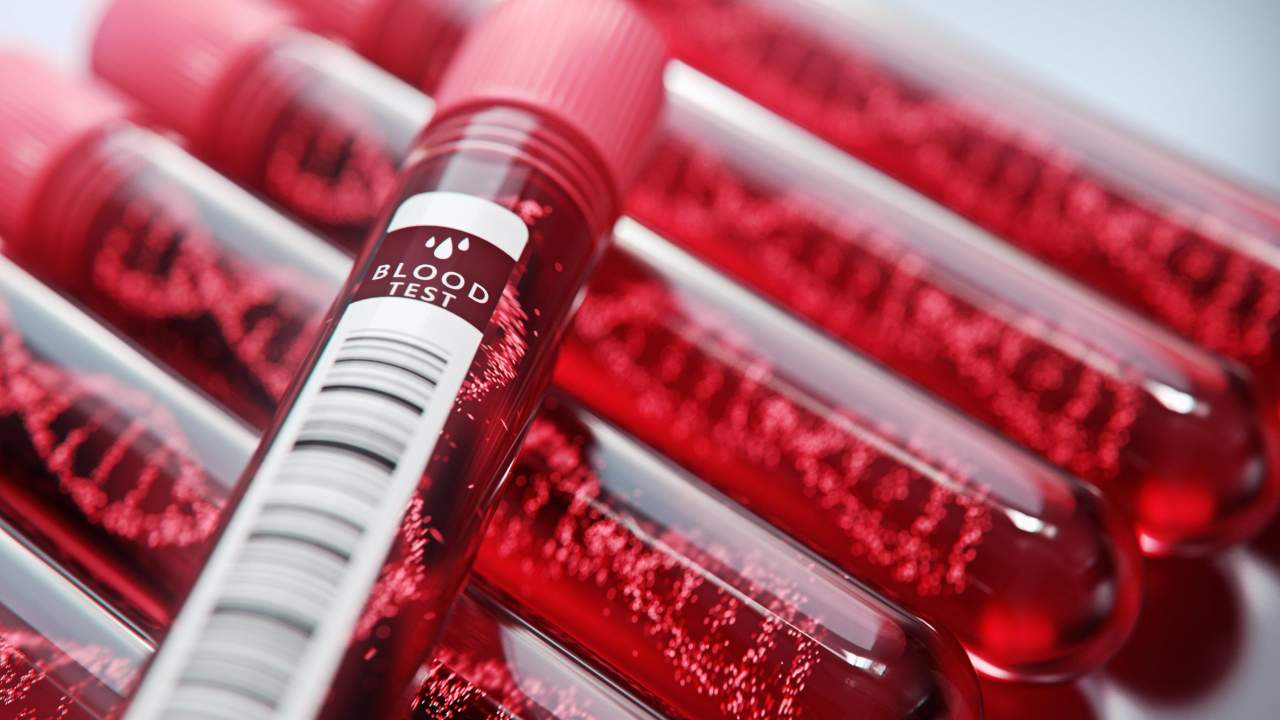 Scientists in Europe have developed a small implant that tests levels of glucose, lactate, and more in your blood, then transmits the data to your doctor’s computer. The battery powered device is injected with a syringe and works for more than six weeks at a time, saving patients from frequent trips to the doctor, and allowing medical professionals to provide more personalised treatment.

Usefulness: 5/10. While this implanted blood lab would be very useful, it’s in prototype stage right now, so it remains to be seen whether it will prove practical. 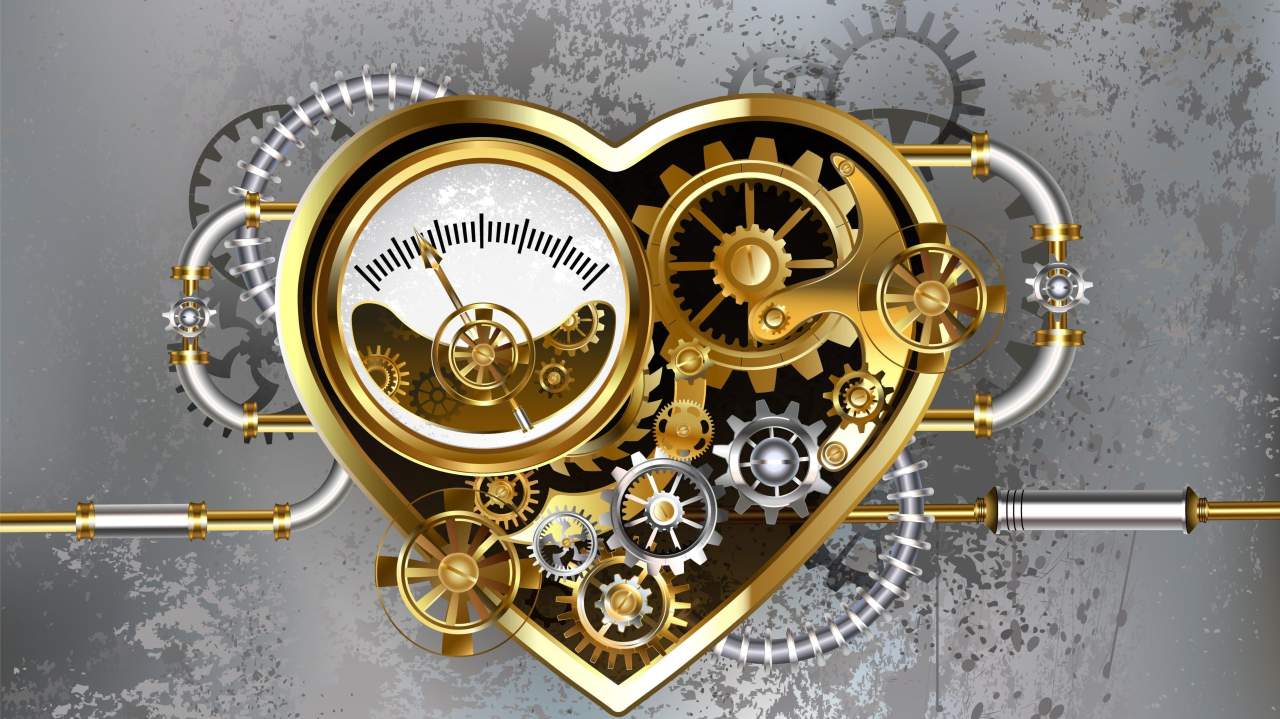 The first mechanical heart was successfully implanted back in 1982, but required an electronic unit the size of a refrigerator for power. The first fully contained artificial heart was approved by the FDA in 2006, and current devices can be charged from any electrical outlet.

The idea of the mechanical heart is to keep patients alive long enough for donor hearts to be located. This is why Dick “Tinman” Cheney is alive today: That dude is a pioneer of heart technology who had all kinds of electronic heart enhancement before his current donor heart was transplanted in 2012.

Usefulness: 8/10. Artificial hearts are amazing, but come with the possibility of complications and never actually getting a donor heart. So it might be better to just die peacefully.

The Northstar Device is a ring of LED lights installed under your skin so you can…have some LED lights under your skin. Back in 2015, five folks had them implanted by Grindhouse Wetware, a biotech startup that does this sort of thing. Future generations of the device were planned to allow gesture-based control of external devices, instead of just lighting up when a magnet gets near them, but it doesn’t look like they ever built any.

Usefulness: 2/10. I don’t want to tell anyone how to live their lives, but it seems like the potential downside of having an unlicensed surgeon implant LEDs under your skin far outweighs any potential benefits.

Mechanical limbs are just incredible, and we seem to be on the verge of creating practical mind-connected limbs that will allow paralysed people to walk, and those missing limbs to control robotic extremities naturally. I can only assume super-strength is next.

Usefulness: 8/10. While experimental attempts to control limbs with the mind are promising, the technology isn’t there yet, so it’s not time to replace your limbs yet. We’re a long way from a mechanical arm that’s better than the one you were born with. 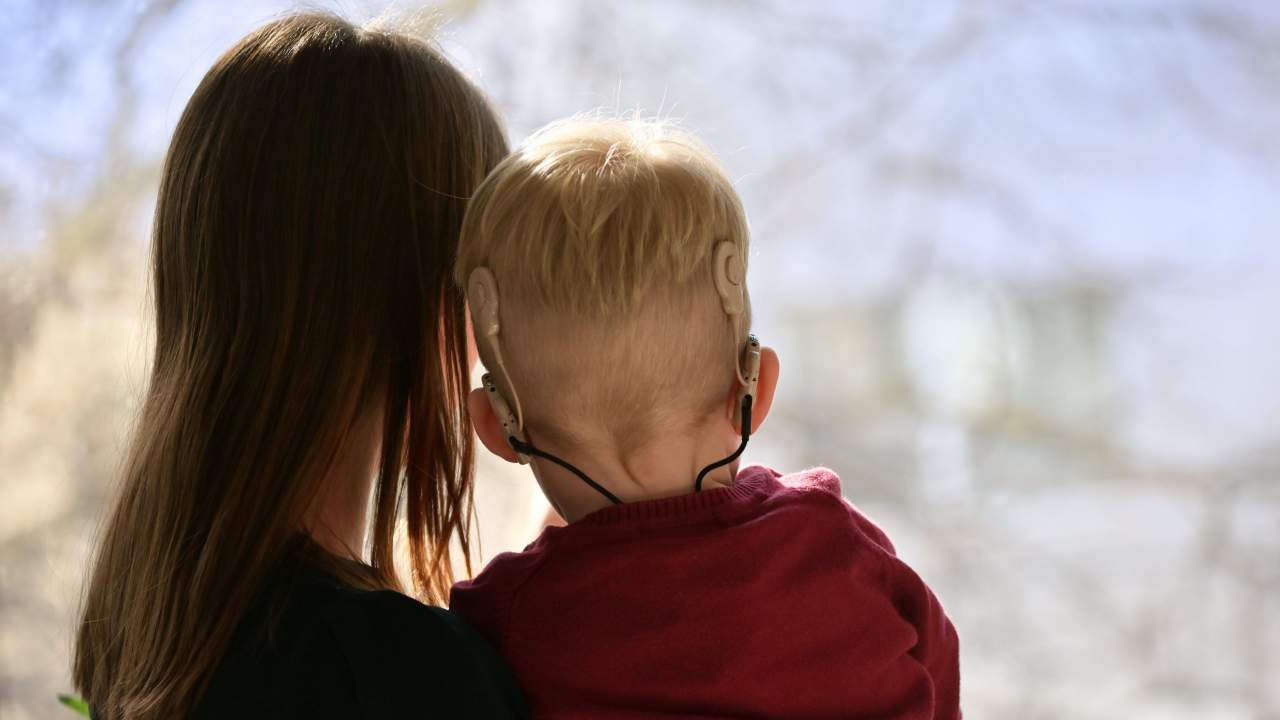 These devices combine a transmitter worn behind the ear with a receiver implanted under the skin that stimulates the auditory nerve to give profoundly deaf people a kind of hearing. For a while, YouTube was full of uplifting videos of deaf people hearing for the first time, but apparently, they’re a little misleading. Some people can’t stand the alien sensation of cochlear “sound,” and it takes a lot of getting used to for anyone.

Usefulness: 7/10. “Hearing” through one of these implants isn’t the same as traditional hearing, and the procedure, particularly when performed on children, is controversial in the Deaf community, basically because it implies there’s something about being deaf that should be “fixed.”

I love Neil Harbisson’s body-mods. Not only does he have a bluetooth tooth, the colorblind artist has an actual antenna surgically implanted in his skull that lets him “feel” colours. The antenna has a camera on the front and translates colours into vibrations that are sent directly to Harbisson’s bones. It also picks up electromagnetic fields, and can receive signals from satellites.

Usefulness: 5/10. Colour vibration or not, having a permanent antenna grafted to your skull is next-level rad, and worth the danger. Getting it attached, though, is a problem. Unless you have the same friends as Neil Harbisson, good luck finding a surgeon willing to do something this cockamamie. 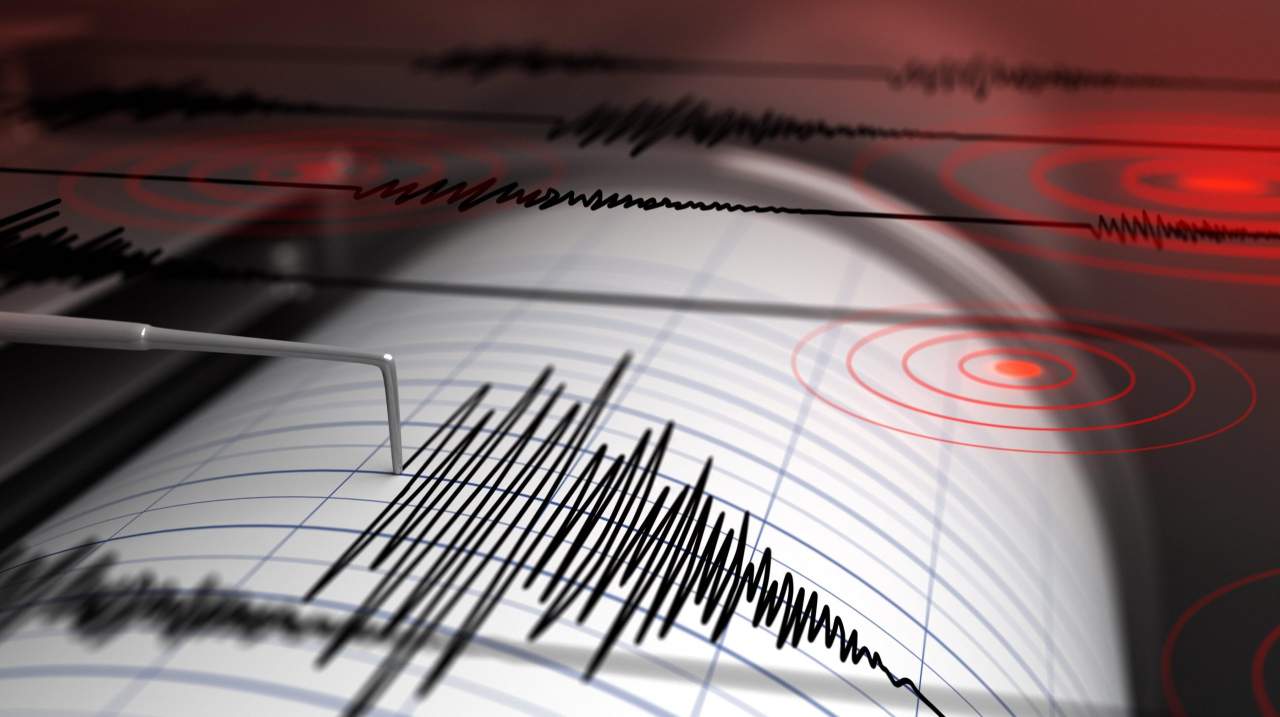 Along with the aforementioned Bluetooth tooth, artist and avant-garde dancer Moon Ribas had a sensor implanted in her foot that wirelessly connected to a global seismometer and instantly alerted her to any earthquake on earth. She used it to performed improvisational dances based on currently happening quakes.

Usefulness: 10/10. You should definitely have an earthquake sensor installed in your foot in order to create dance pieces as soon as possible.

More than 5,000 people in Sweden have RFID chips injected under their skin, and Swedish people are pretty impressive. With an RFID implant, you can open electronic locks with a wave of your hand, store your business card and other information, and even keep your COVID passport. The process has been approved by the FDA to store medical records, so you could even have a surgeon do it, theoretically.

Usefulness: 8/10. There’s a small chance of infection, plus the possible privacy and security concerns, and they can be a pain to remove, but it’s all worth it to anger people who think chips are the “mark of the beast.”

Spanish artist Manel De Aguas says he had solar-powered “weather fins” installed above his ears by Japanese surgeons, and now he can tell whether it’s raining or not. He also can “hear” atmospheric pressure, humidity and temperature changes, predict weather changes, and sense his current altitude through vibrations sent from his fins to his skull.

(Sadly, the weather fins seems not to have made it possible for De Aguas to compose listenable electronic music.)

Usefulness: 3/10. I’m a little suspicious about this story. All the sources on this I can find are based on the artist’s word, and sometimes artists lie to us. Also: I have never once wished I could instantly sense the atmospheric pressure and humidity. Your mileage may vary.