Other than providing most of the world’s oxygen, 80 per cent of its biodiversity, and the livelihoods of billions of people, the rainforests have never done anything good for anyone. The 12 horrors listed here prove we should provide massive financial incentives for corporations to destroy the rainforests at a rate of at least 80,290 a year. (Wait, we already are? Excellent.) 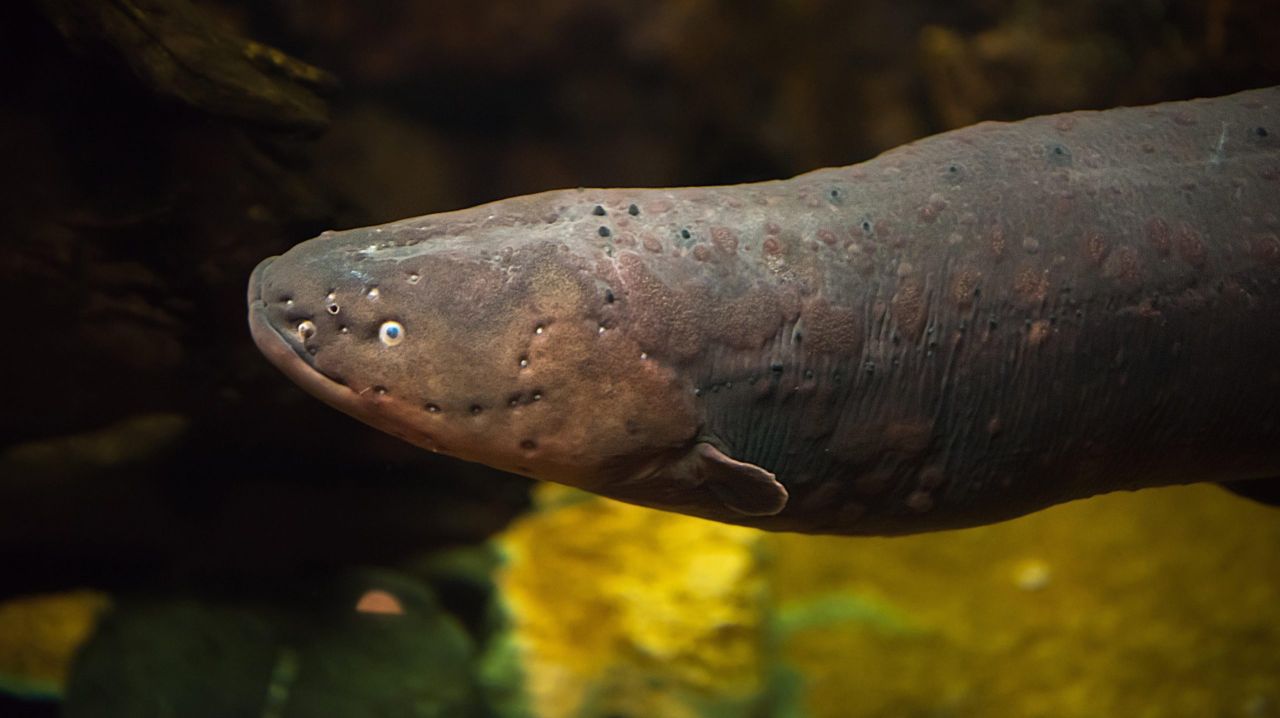 Electric eels should not exist. My worldview does not allow for a swimming predator that generates electrical current to navigate muddy rivers and stun or kill its prey. Electric eels are not even really eels. They’re fish — knife fish. Your secret is out, electric eels, and you’re on notice: Leave the rivers in South America right now. Don’t make me come down there.

The White City of Honduras 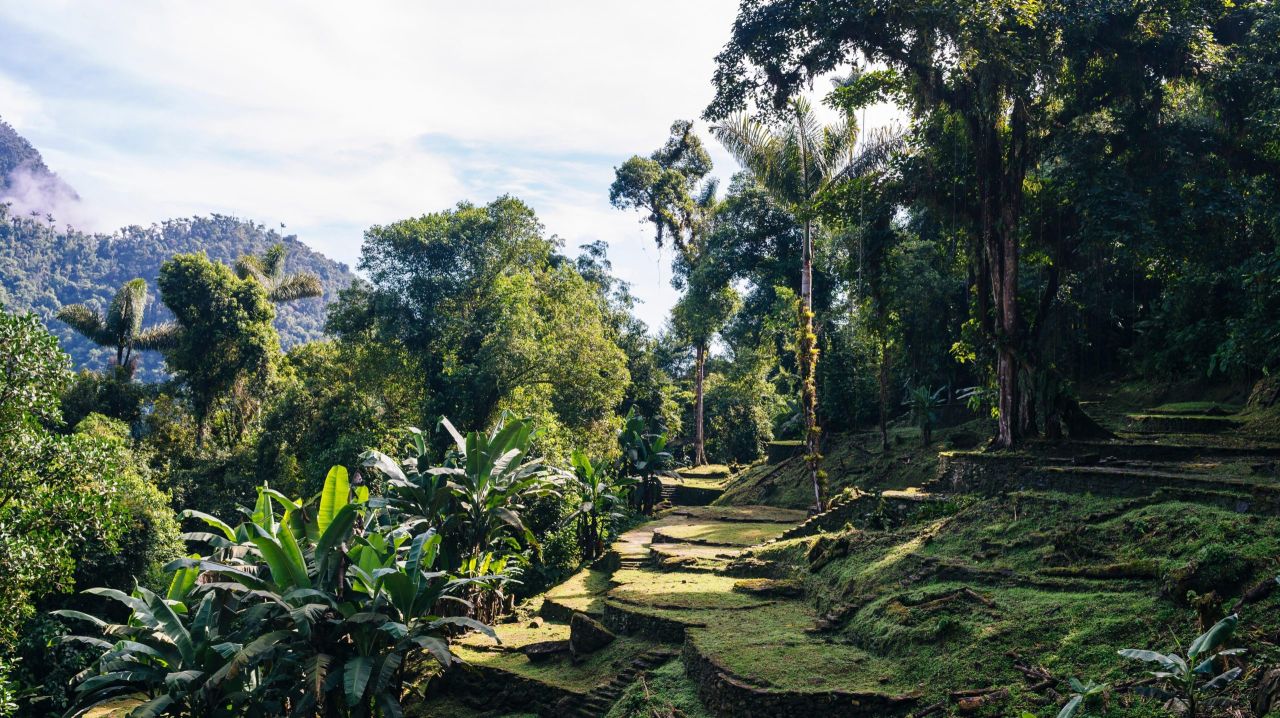 For hundreds of years, the indigenous people of Honduras have told tales of the White City, or the City of the Monkey God, a place of great wealth in the densely jungled Mosquitia region. They say the White City cannot be entered, and people can’t take anything from it, and if you tell where it is, you will be punished. These warnings and the deadly landscape did not stop conquistadors and colonizers alike from searching. Periodically, someone says they found it, but no one can agree on where it is.

These days, many archeologists maintain that the pre-Columbian jungles of the Mosquitia region were carefully tended by an organised indigenous society that left little trace of itself, and that the “lost cities” of the jungle are basically Western romanticism. I can only hope that once we’ve fully deforested Honduras, the mystery will be solved for good.

The Man in the Hole

For the past 26 years, “The Man in the Hole” has been living alone in the Brazilian jungle. He is the last of an isolated, uncontacted tribe, and he spends his days hunting, cutting down trees, and presumably plotting his revenge on the people who killed everyone he ever knew.

Even though 4,000 hectares of jungle are officially protected so he can live his life rent-free, and people leave seeds and machetes for him, The Man in the Hole still wants nothing to do with anyone else. Snob.

The boiling river of Peru

Peruvian geoscientist Andrés Ruzo heard tales of a boiling river deep in the Amazon from his grandfather, so he enlisted the help of some shaman-guides and set out into the jungle to find it. Against all logic, it was there, a geothermally heated river so hot, anything that falls in it dies.

According to Ruzo, the area around the river is being protected from local ranchers by the oil company that owns the land — burning rainforest for grazing land is bad for oil pipelines. I can’t deal with both a boiling river and that kind of moral complexity.

The ancient giants of Ecuador 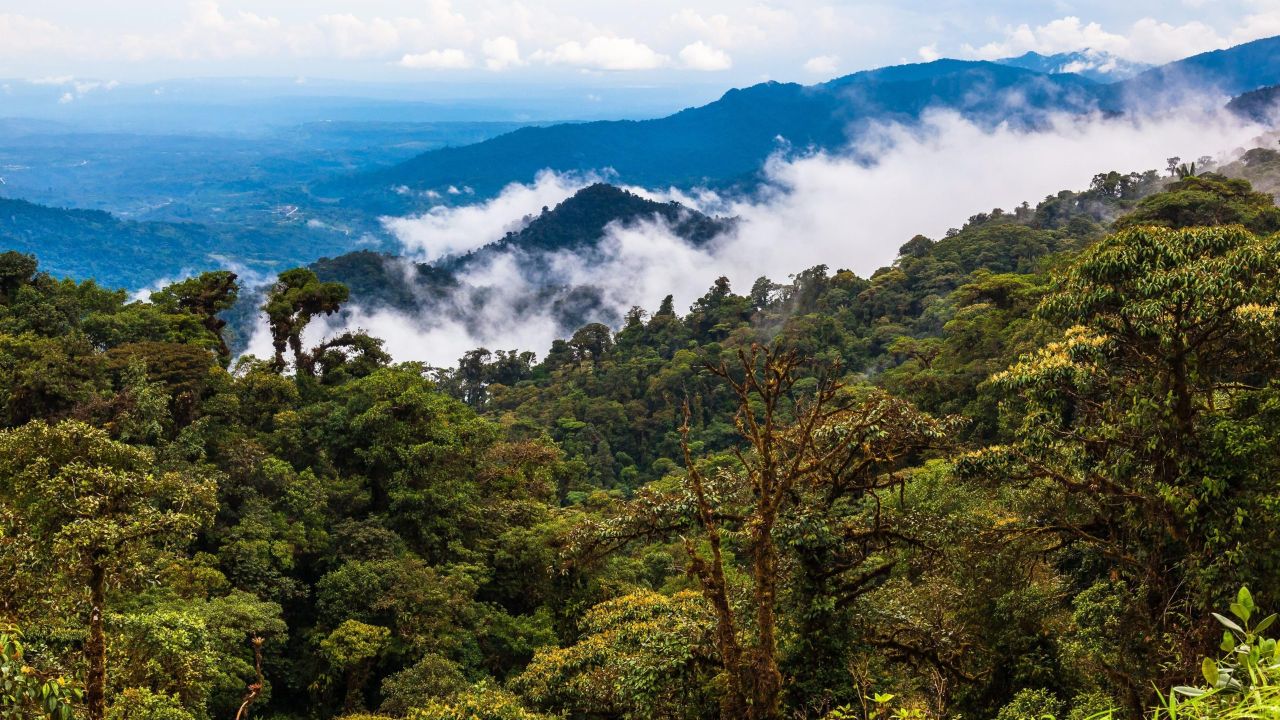 Bruce R. Fenton is a frequent guest on the Science Channel. He travels the world looking for archeological evidence of giants, ancient astronauts, and other stupid shit for dumb people. In 2012, he went to Ecuador and said he’d discovered the ruins of an ancient city of giants deep in the jungle, including a 79.25 m tall by 79.25 m wide pyramid, and tools so huge only giants could wield them.

With this compelling new evidence, our understanding of the origins of civilisation were forever cha — oh, wait, that didn’t happen at all. Instead, the government of Peru sent a team to look at the site and concluded that Fenton’s “discoveries” were actually natural formation — dude was basically looking at some rocks and seeing giants. The jungle provides a canvas for people to make up anything. 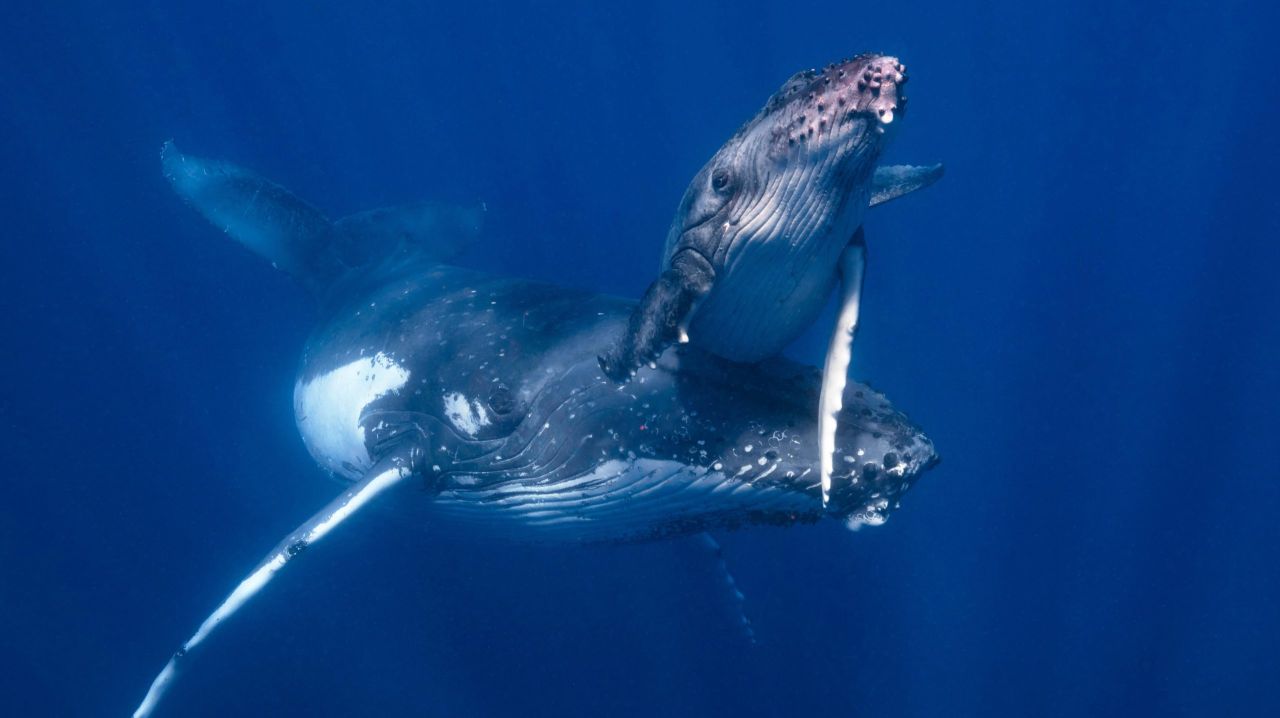 In 2019, marine biologists in Brazil discovered a baby humpback whale that had washed ashore on a remote island in the Amazon River. Somehow, the whale ended up about 6,437 km from its expected feeding grounds, beached in a copse of Mangrove trees. No one really knows why, but it’s suspected the whale was separated from its mother and pod, got lost at sea, and starved to death before eventually washing ashore. 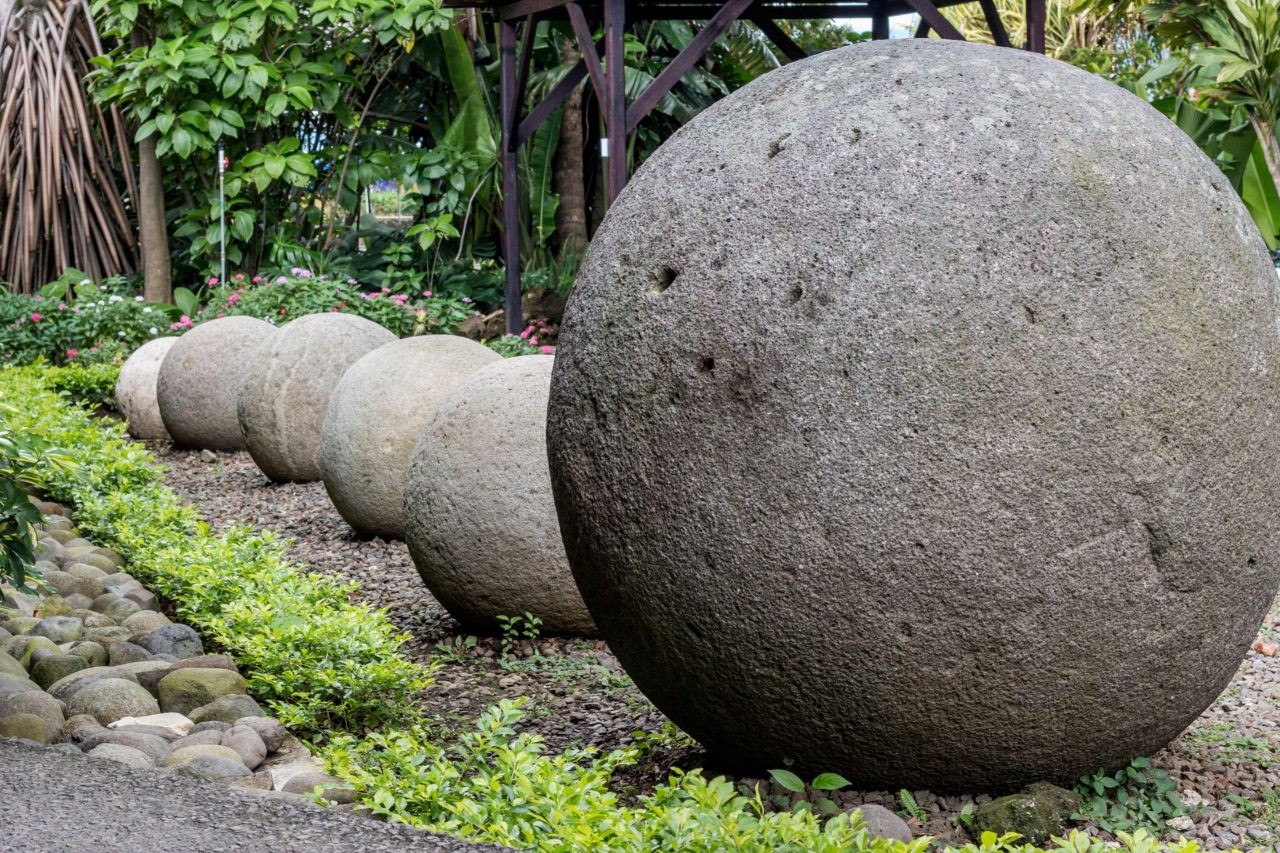 There are hundreds of gigantic stone balls scattered all over Costa Rica, perfectly shaped spheres that measure from a few inches to eight feet in diameter. Created before the invasion of America, the culture behind the stone balls has been completely lost, so no one knows how they were made or why. They were discovered in the 1930s by United Fruit Company employees clearing the jungle for banana plantations. “Maybe there’s gold inside them!” some genius thought, so they drilled holes in the last monuments of a murdered civilisation and blew them up. Central American history can be dark. 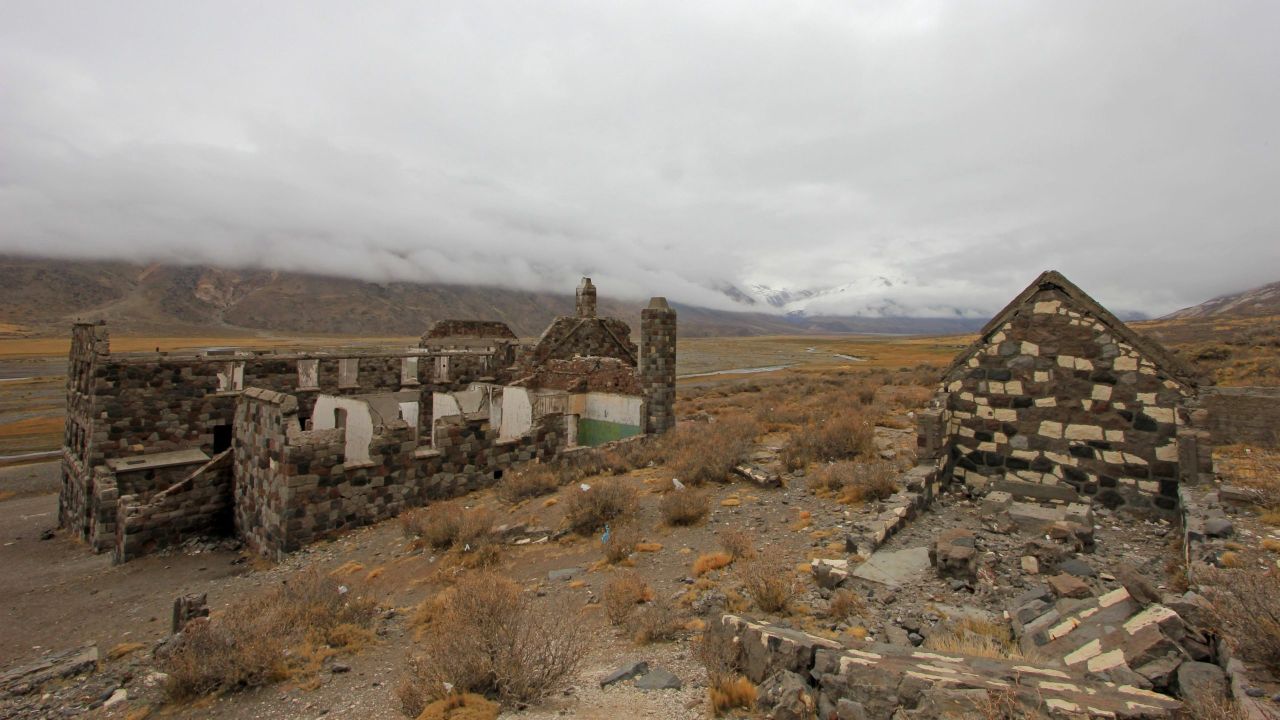 While the rumours that Hitler escaped to Argentina are probably not true, Argentina really did shelter hundreds of Nazis post World War II, including notorious holocaust mastermind Adolf Eichmann.

In 2015, researchers from the University of Buenos Aires concluded that mysterious stone structures tucked away deep in the Andean mountains were designed and built by Nazis during World War II as “a jungle hideaway for Third Reich leaders.” The darkest part of the story: The remote structures were never used, but only because post-war Nazis lived openly in Argentina. 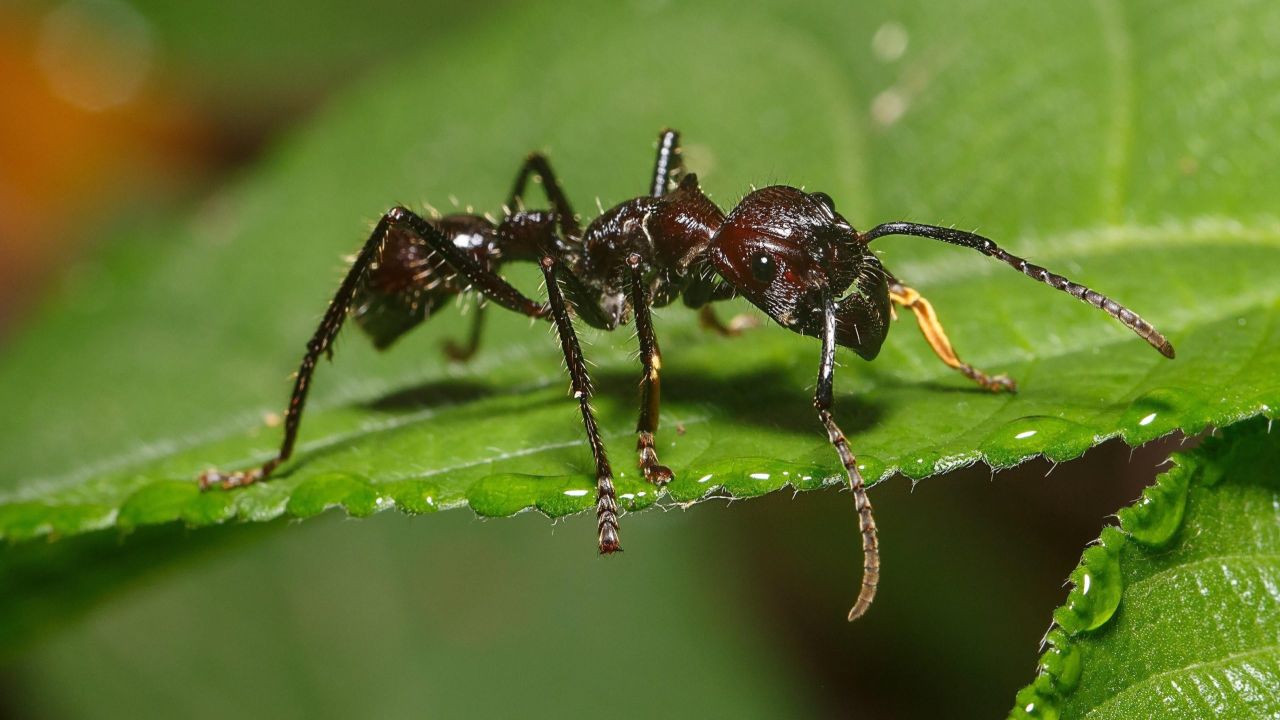 Paraponera clavata, or the bullet ant, is native to the rainforests of Central and South America. They earned their name because their sting is so painful it feels like being shot. It’s literally the most painful insect sting in the world, the only “level 4″ sting on the Schmidt sting pain index. It reportedly feels like “walking over flaming charcoal with a three inch nail embedded in your heel.”

Because they are hardcore, the The Sateré-Mawé people of Brazil make gloves out of living bullet ants, then make would-be warriors wear them for five to 10 minutes as an initiation rite. 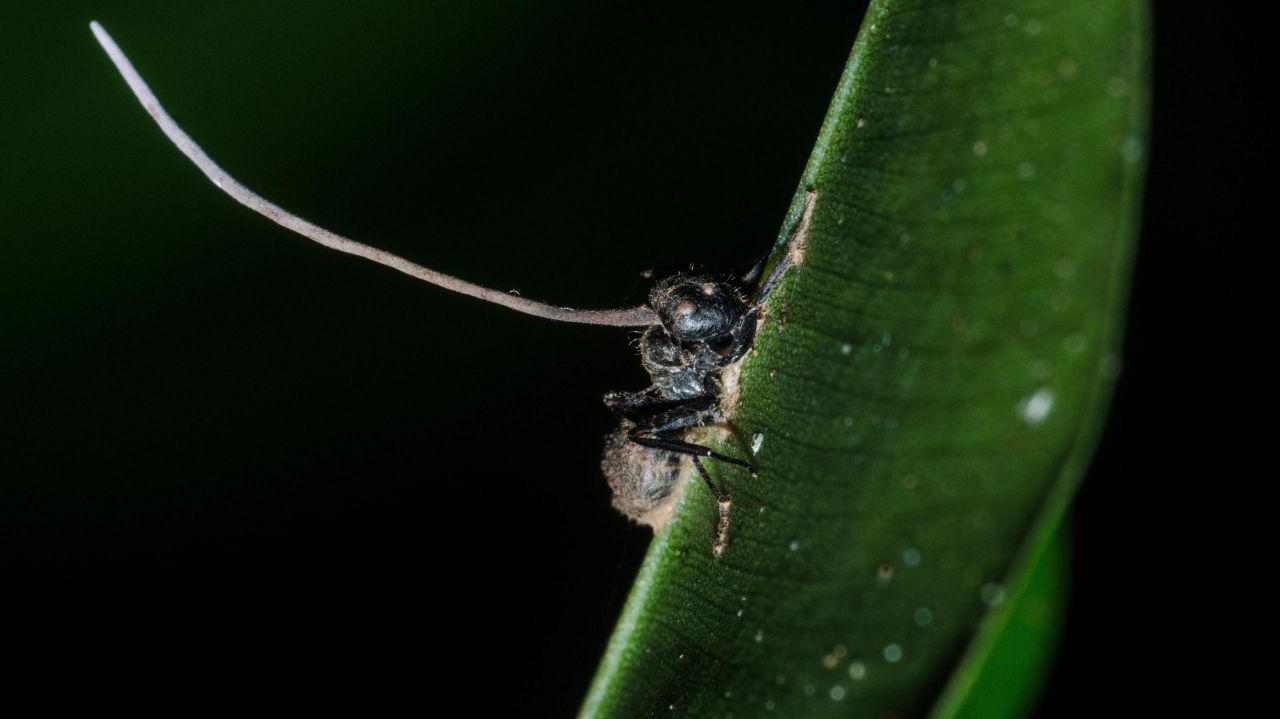 There is no better proof of the madness of Nature than the nightmare of the “zombie ants” of Brazil. Right now, deep in the rainforest, a tiny spore of Ophiocordyceps fungus is landing on an innocent carpenter ant. The fungus will eat into the ant’s body, eventually releasing chemicals that take over its brain. The ant will become a zombie, driven to climb plants and latch onto leaves. It will die, but the fungus will grow until it bursts through the ant’s head and showers spores down on more unsuspecting carpenter ants, who will then become zombies. The entire mad dance will repeat ad infinitum until humans finally put a stop to it by eradicating both ant and fungi. 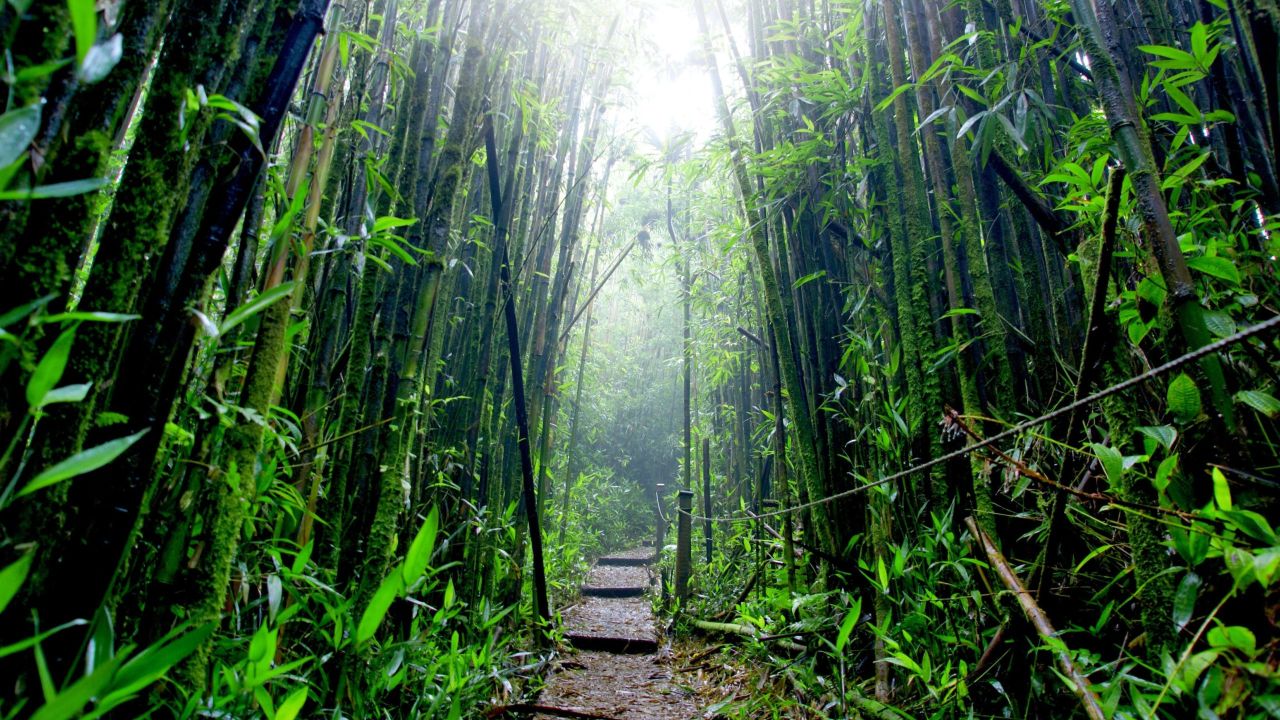 Two hundred years ago, remote Ascension island was perfect: abarren, rocky outcropping devoid of almost all life. It was “a cinder” according to Charles Darwin. But in 1850, Darwin and his busybody friend Joseph Hooker began planting trees on the island: eucalyptus, Norfolk Island pine, bamboo, and banana were all imported. Incredibly, the nonsensical assortment of trees thrived and created a self-sustaining tropical cloud forest on the island. In the unlikely event that we discover a downside to eradicating rainforests from the Earth, don’t worry: We can just grow new ones. It’ll be easy. 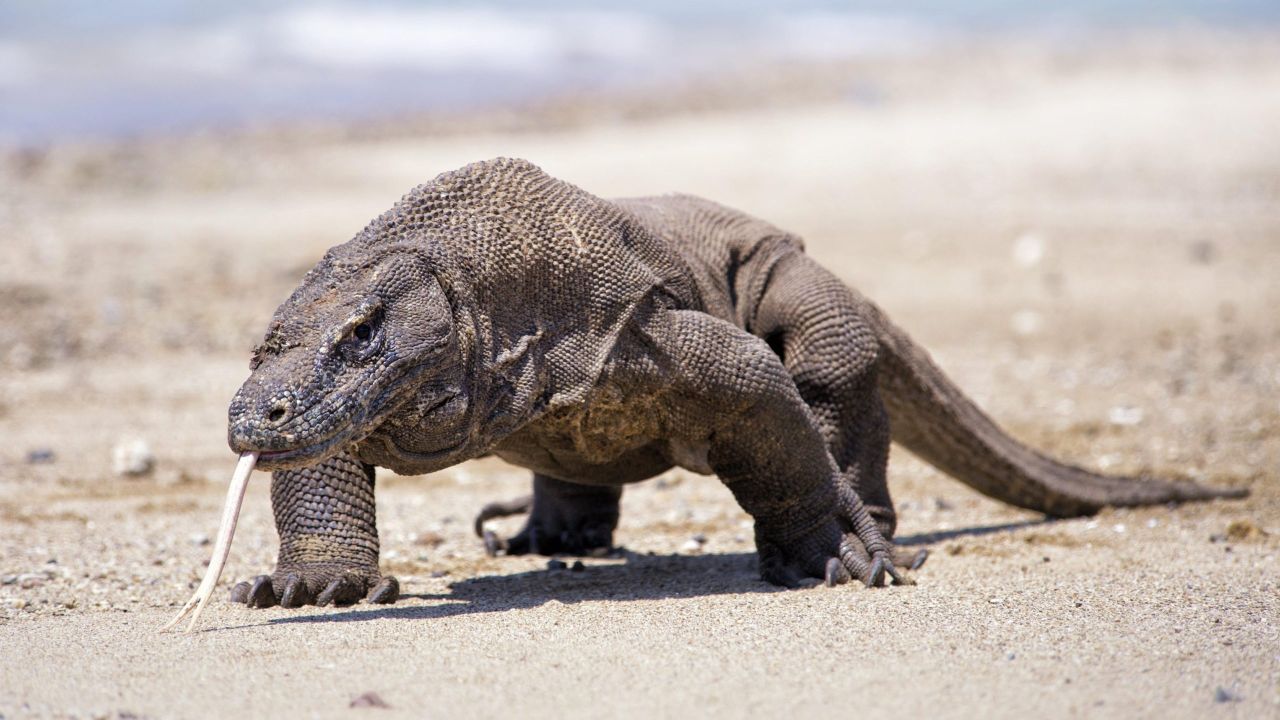 Komodo Dragons are one of the few animals I respect. These natives of the tropical forests of Indonesia’s Lesser Sundan Islands grow up to ten feet long and are pure survival machines. They hunt by lurking in the underbrush, then launching themselves at their prey, biting down and injecting their prey with toxins that lower blood pressure, prevent clotting, and induce shock. If they can’t find any live prey, they eat carrion. They eat up to 80 per cent of their body weight at once. If female Komodo dragons can’t find a male to reproduce with, they reproduce asexually. I respect all of this and will let Komodo Dragons live as pets in our rainforest-free utopia.