11 of the Weirdest Christmas Traditions We Should Absolutely Bring Back

If a straight-up snitch like the Elf on the Shelf can become a holiday mainstay, literally anything can — and many stranger things have. I’m here to argue that the following activities, ideas, and traditions that were once annual winter traditions somewhere, can be again if we all believe hard enough. And believe, I do. 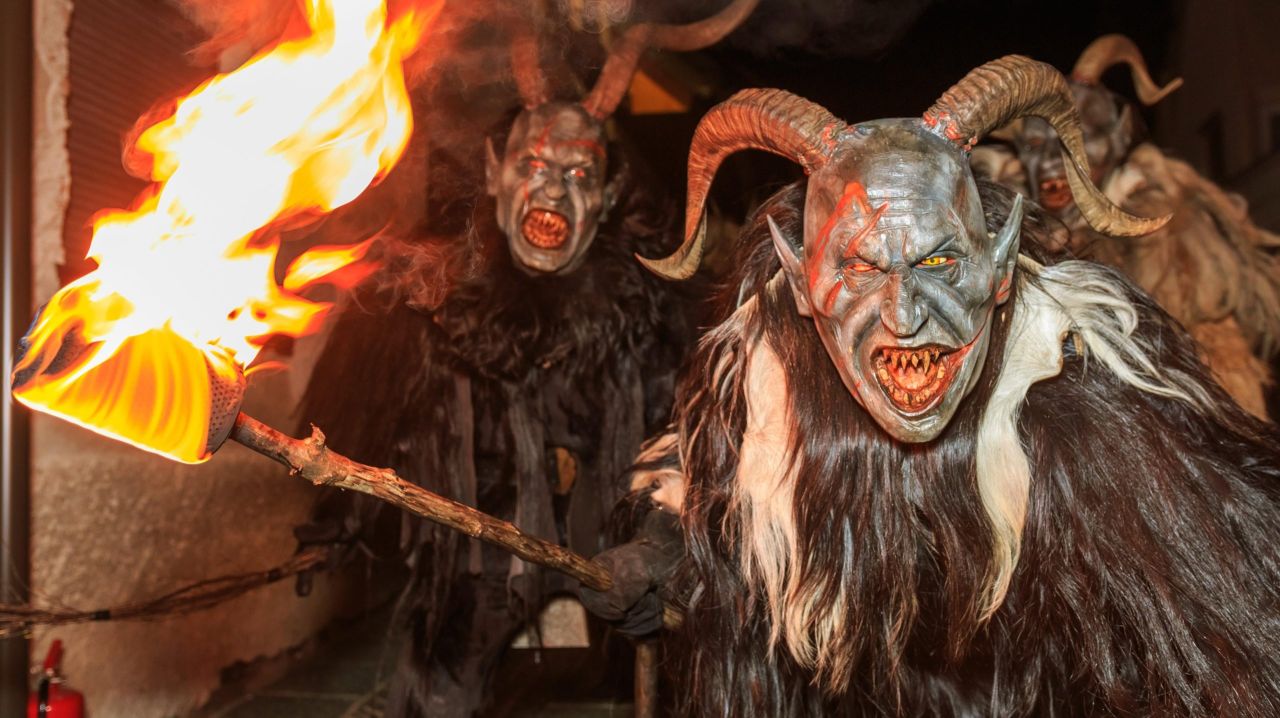 Back in the old days, Santa had a posse. St. Nick’s rogue’s gallery of criminal associates went by different names in different places: Krampus, Schmutzli, Perchta, Knecht Ruprecht, Rubbels, Hanstrapp, Pelzebock, Klaubauf, and Belsnickel — but my favourite is Père Fouettard, or “Father Whipper.”

Fouettard is portrayed as a scrawny old man with an unkempt black beard and long hair, sometimes bound in chains. The legends say he was a butcher who captured three boys on their ways to boarding school, drugged them, slit their throats, and stewed them in a barrel. When St. Nick found out, he was not pleased. He resurrected the children, and forced Fouettard to accompany him on his Christmas Eve rounds, forcing him to whip all the bad boys and girls (which he probably enjoyed).

The song is true: People used to celebrate Christmas for 12 days straight. In the year 567, the Council of Tours in France made it mandatory by decreeing an annual celebration between Dec. 25 and Jan. 6. While it was originally a more solemn affair, by the late Middle Ages, it was basically 12 days of drinking, feasting, and debauchery — hence the lords a’ leaping, pipers piping, and ladies dancing from the song.

Gradually, the “Christmas Season” got whittled down to our current two measly widely observed holidays: Christmas and New Year’s Eve. We’ve been ripped off, and we need to reclaim our birthright of 12 straight days of seasonal carousing.

The Feast of Fools 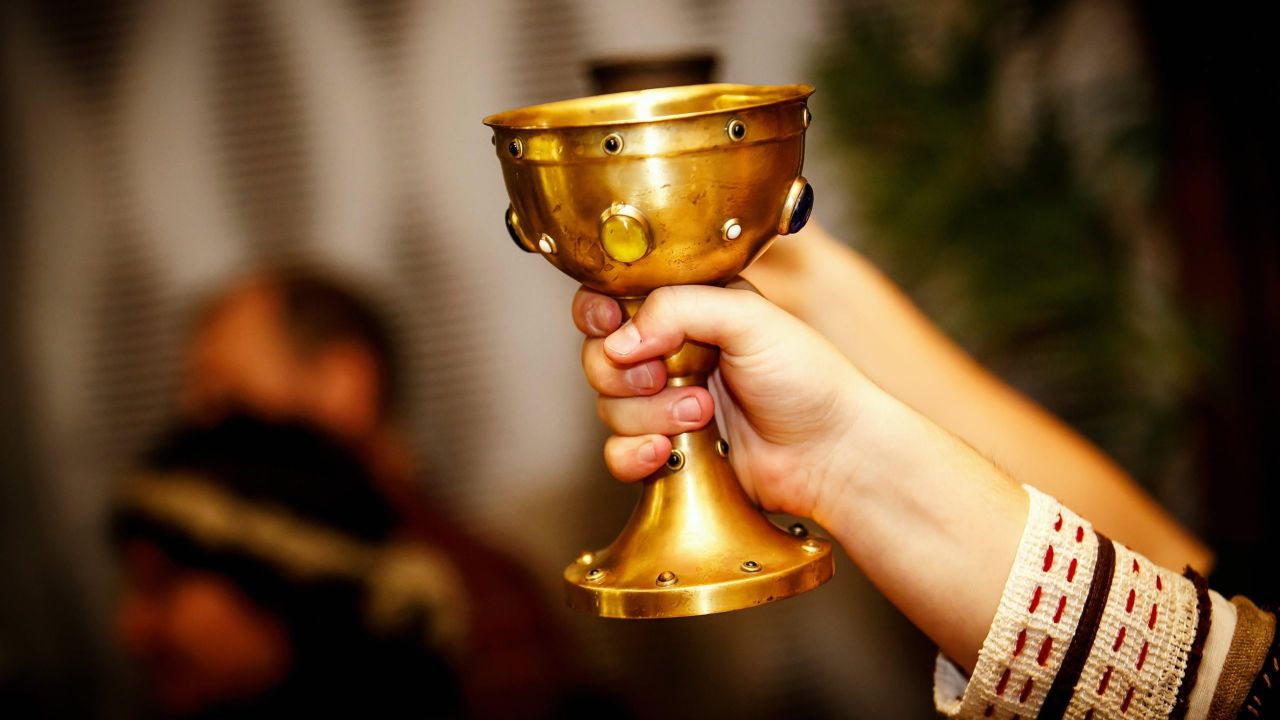 As part of the 12 days of Christmas in the Middle Ages, European clergy celebrated the “Feast of Fools” around Jan. 1. There’s some historical disagreement about how it went down, but the gist was that the hierarchy of the Church was upended. Low level priests would switch places with higher-ups, liturgical rituals would be satirized, and a false pope would be elected. A peasant, poet, or jester would be named The Lord of Misrule (or “Abbot of Unreason” or “Maister of merry disports”) and preside over a drunken party.

According to Elizabethan puritan Phillip Stubbes, The Lord of Misrule “takes twenty to sixty others, ‘lyke hymself,’ to act as his guard, who are decorated with ribbands and scarfs and bells on their legs… they have their hobby-horses, their dragons, and other antiques, together with the gaudie pipers and thunderyng drummers, and strike up the devill’s dance withal.” Rad.

According to British Popular Customs, Present and Past, at All Souls College in Oxford, they used to celebrate “Mallard Night” on Jan. 14 to commemorate the discovery of a very large mallard or drake in a drain. There was a special song about it with lyrics like “let us sing and dance a galliard, To the remembrance of the Mallard.” This is the kind of creativity we need to make the holidays last longer; these Oxford kids were like, “This one time, we found a dead bird that was quite large! Let the Christmas debauchery continue!” 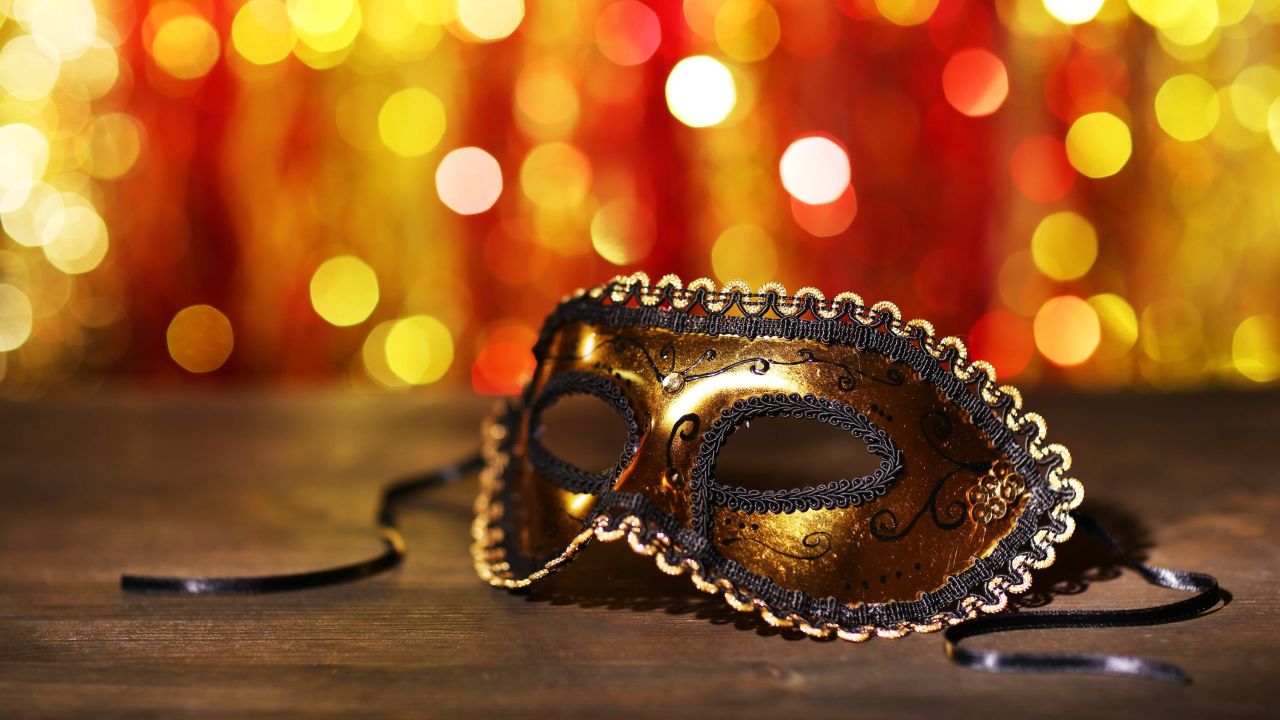 According to John Troutbeck’s A Survey of the Ancient and Present State of the Scilly Islands, the young people there used to celebrate Christmas by cross-dressing, or “goose-dancing.”

“Maidens are dressed up for young men and the young men for maidens. In the day time they dance about the streets in masquerade, vieing with each other who can appear the most uncouth… There is a spirit of wit and drollery kept up among the people. The maidens, who are sometimes dressed up for sea captains and other officers, display their alluring graces to the ladies, who are young men equipped for that purpose; and the ladies exert their talents to them in courtly addresses.” Everyone also gets drunk. 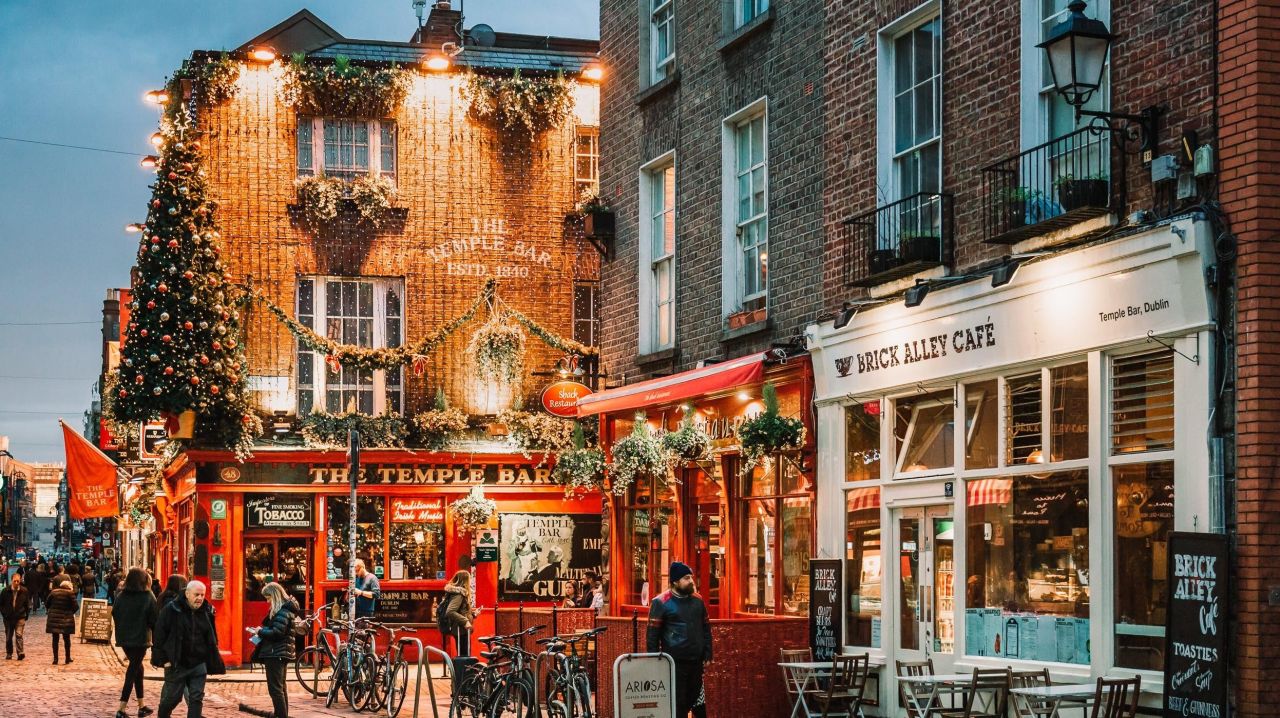 Little Christmas (or Women’s Christmas) is still celebrated in some places in Ireland on Jan. 6. It’s basically a day for the women who put in the work of the holiday season to get a little rest and have a little fun. In some places, the men look after the children and the women pop down to the pub or their neighbour’s house for a cold one. I’d like us to re-imagine Little Christmas without the outdated gender roles: I propose a holiday where the people who work long hours on Christmas Eve or at Wal-Mart on Black Friday can all take a day off while the wealthy “I spend December in Vail” types hold down the fort. 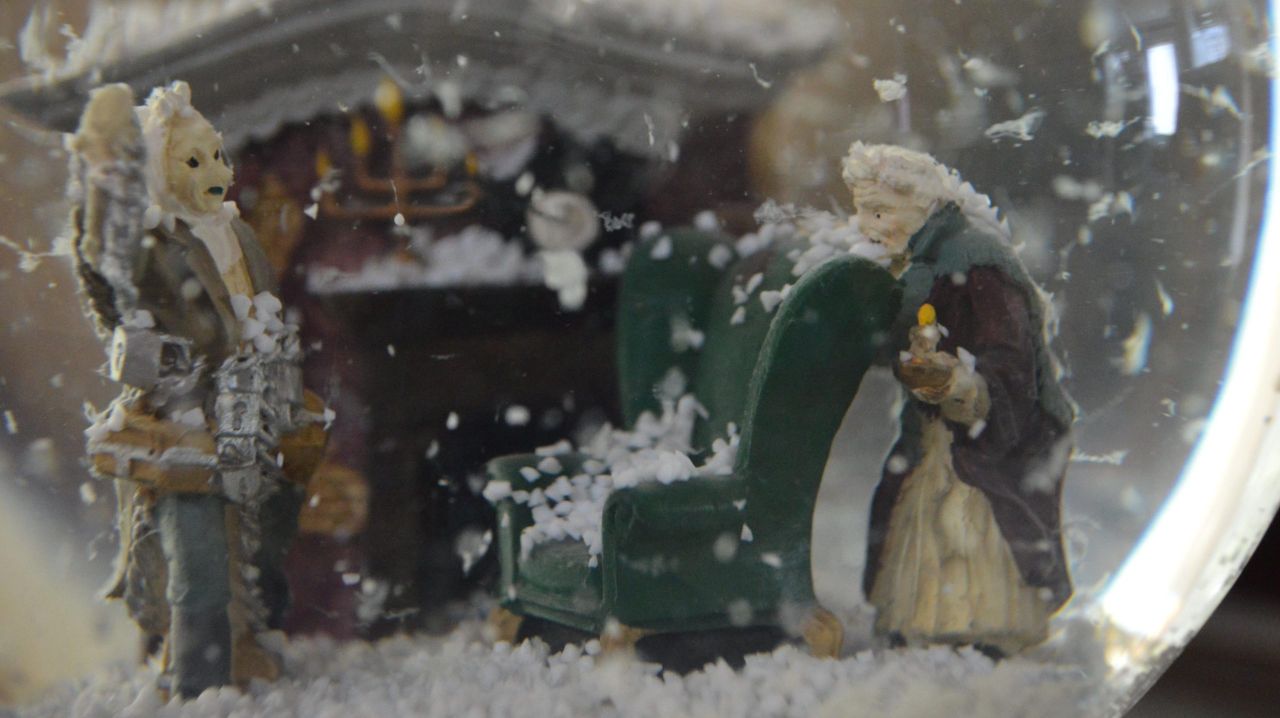 In Victorian England, no Christmas was complete without ghost stories. As Jerome K. Jerome wrote in 1891, “It is a genial, festive season, and we love to muse upon graves, and dead bodies, and murders, and blood.”

Telling scary stories in winter is an ancient pastime, but Christmas-specific ghost stories is due to one man: Charles Dickens. His A Christmas Carol (along with other spooky Christmas tales he published) was so popular, it spawned a tradition. Sadly, no other Christmas ghost story proved as resonate as A Christmas Carol, and by the 1920s, the tradition had died out. 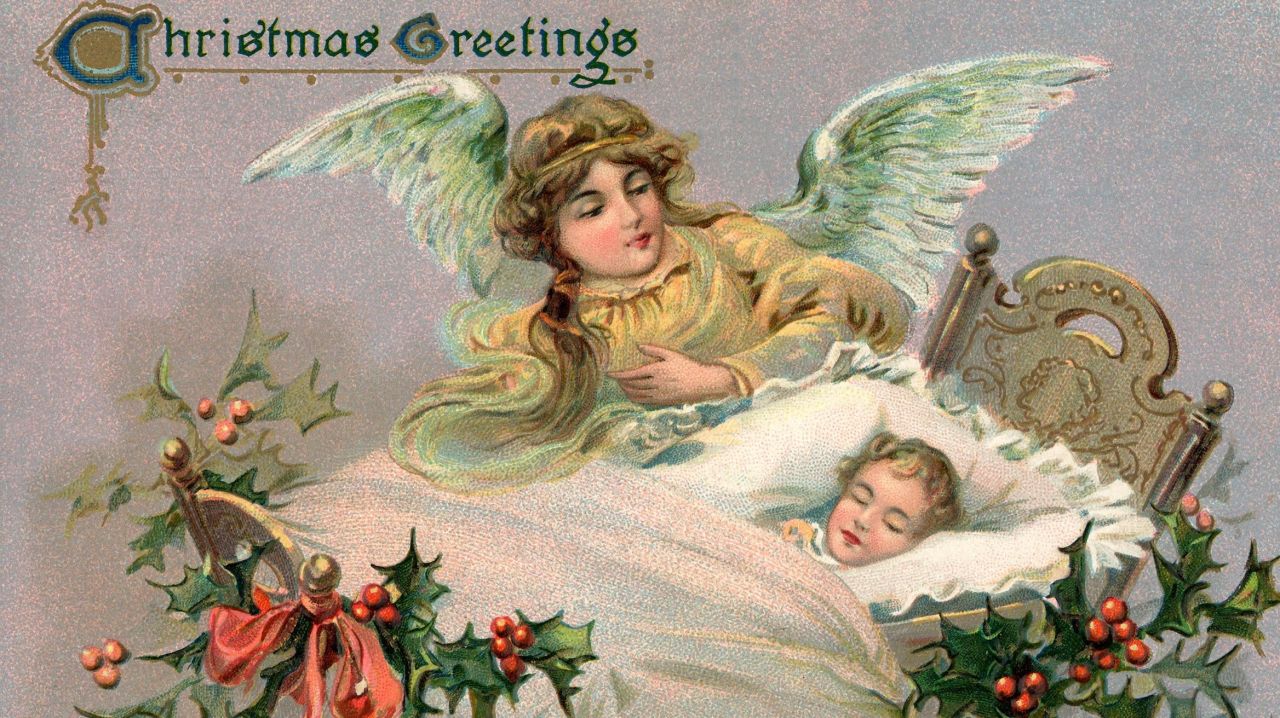 Victorian England’s creepy Christmas traditions extended beyond ghost stories. They also sent each other strange Christmas cards. It’s hard to pin down the intention of many Victorian Christmas cards — some of them seem to be jokes, others come off as threats — but in any case, I’ll take a Christmas greeting in the form of Krampus kidnapping children over pictures of your family in ironic Christmas sweaters that you made on Snapfish any day. 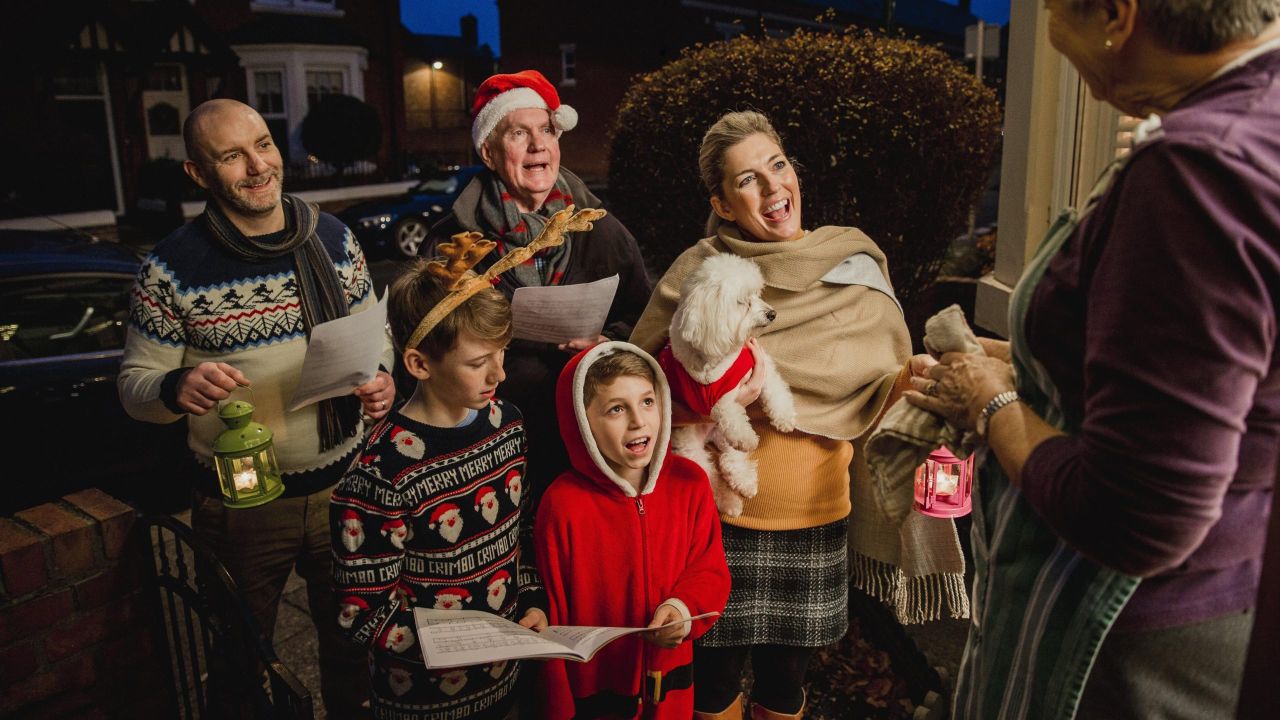 In the second verse of classic Christmas banger We Wish You A Merry Christmas, the carolers demand figgy pudding, and repeat that they won’t go until they get some. When this song was popular in the 1800s, they meant it. They were not going to go (or stop singing that stupid song) until they got their damn figgy pudding. It’s an expression of a custom that dates back to the Middle Ages of serfs showing up at the doors of nobles and singing their peasant hearts out until the lord of the manor coughed up some food and mead.

This year, I say, gather up as many lowlife friends as you can, head to the rich part of town, and start singing in front of people’s doors. Get you some figgy pudding, man. But for fun, do it in August. 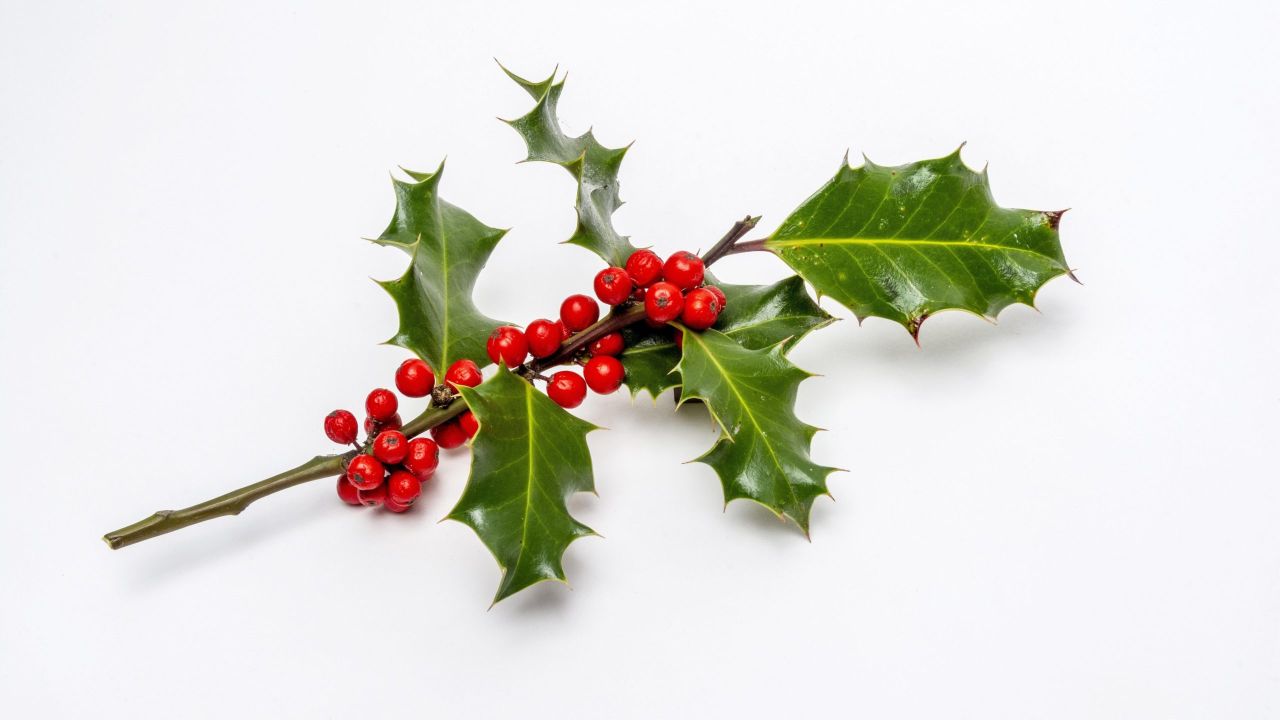 Holly has been associated with winter holidays since ancient Romans celebrated Saturnalia by decorating with holly. It was lifted by Christians, and to this day, we festoon holly all over the place for Christmas. But we need to start beating people with it. They used to call it “holming” in Wales, where, on St. Stephen’s Day (Dec. 26), the last person asleep would be smacked with a holly branch and labelled “tapster.” The tapster would spend the year performing the household’s most menial tasks. I think we should resurrect this practice because I am kink-positive. 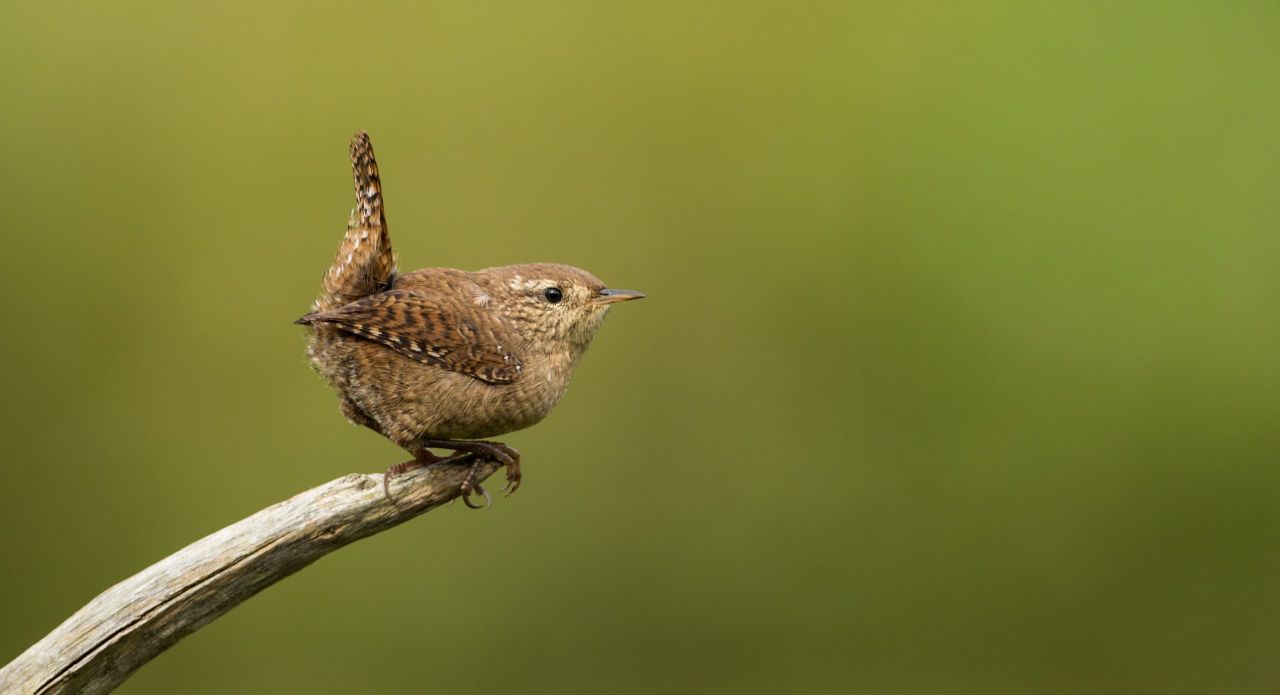 Since we’re on the topic of ancient seasonal customs from Wales and Ireland, we should bring back “hunting the wren,” a St. Stephen’s Day event where groups of men would hunt and kill a wren, hold a mock funeral for it, put it in a wooden box, dress up in costumes, and bring the wee bird corpse to their neighbour’s houses to show it off.

I don’t know why any of this happened. No one does; druids and Celts were just wild like that. For them, knocking on your neighbour’s door and saying “Lookit the bird we killed!” was normal way to celebrate winter. We may never understand their exotic ways, but we must try through bringing dead birds to our neighbours. I dislike my neighbours very much.