Why You Shouldn’t Bake Your Pies in an Air Fryer

Oven resource management is one of the hardest parts of cooking a holiday meal. If you’re fresh out of oven space and still have one pie left to bake, it’s only natural to start making eyes at your trusty countertop convection oven. “After all, why not?” you may ask yourself. “Why shouldn’t I bake a pie in my air fryer?”

And it’s a great question, because air fryers do so many things so well that, at first glance, they might seem like the perfect solution to an age-old holiday dilemma. Unfortunately, the way they work is fundamentally incompatible with baking a pie.

Problem 1 with baking a pie in an air fryer: The laws of thermodynamics

A pie is basically an open or semi-open pool of liquid contained by two layers of solids (crust and plate). In order for the centre to cook through, you generally want to heat the whole shebang from all sides. But air fryers heat from the top down and blow the resulting hot air around with a fan; they don’t have a bottom heating element at all.

Anyone who’s taken an introductory physics course can see where this is going. (Although I barely passed mine.) Circulating air heats some things efficiently, but large amounts of wet stuff and glass — which many pie plates are made of — not so much. Baking a pie in an air fryer is like warming up a swimming pool by pointing a hairdryer at the surface: The top inch or two might heat up a little, but you can forget about the sides and bottom.

This is exactly what happened to my poor, doomed little apple pie. The top of the crust started to burn in about five minutes flat. Even after turning the heat down and giving it another solid hour, the sides and bottom remained pale, limp, and, thanks to a combination of melting butter and pooling apple juices, wet. Sopping, soaking wet. The apples actually started poking through the melted crust on the sides, which I’ve never seen before: 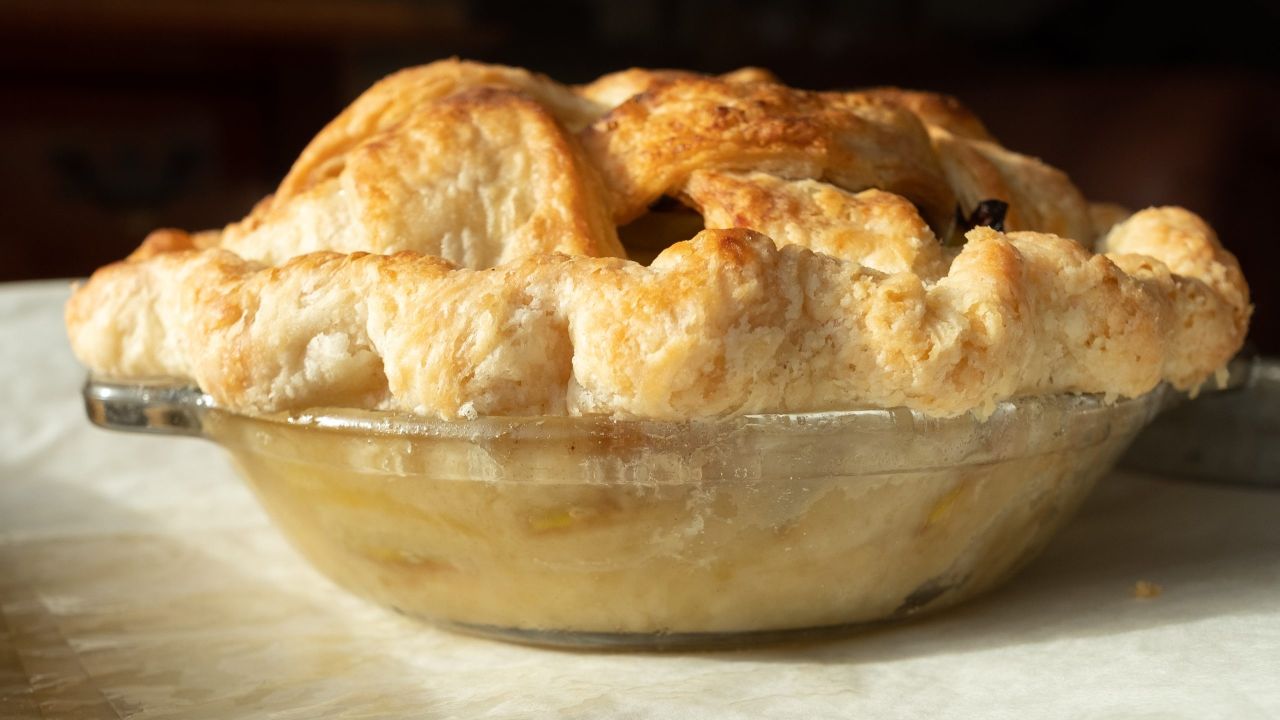 Talk about a soggy bottom! (Photo: A. A. Newton)

Problem 2 with baking a pie in an air fryer: Troubleshooting is impossible

Cooking food in an air fryer isn’t an exact science. You almost always need to make little adjustments as you go, whether that’s flipping the food over to encourage even browning, tweaking the temperature, or both. In a regular oven, the same goes for pie: You can shield over-cooked bits with foil to keep them from burning, place a sheet pan underneath the plate to help the bottom brown, or both.

Putting a pie in an air fryer robs you of the ability to troubleshoot. The usual air fryer tricks no longer apply: You can’t flip a pie over to brown the bottom, and since you already have to use a lower temperature than you would in an oven, further lowering the heat to compensate for an overcooked lid would give the bottom even less of a chance to heat up.

Worse, the pie tricks actually prevent the air fryer from working. Foil shields fly around in the wind tunnel environment, so they don’t stay put long enough to help. Even if you could fit a baking sheet in the basket, it would just keep the bottom of the pan from getting any airflow — and therefore any heat.

Problem 3 with baking a pie in an air fryer: The mess (dear lord, the mess)

I’ve baked a few pies in my day, so I was fully expecting to clean a greasy burnt sugar bonanza from the floor of my air fryer. Even so, the sheer magnitude of the mess blew my mind. By the time I gave up and took the pie out, there was an actual puddle of butter and filling overflow dripping out of the doors and onto the counter; the situation inside was somehow worse. 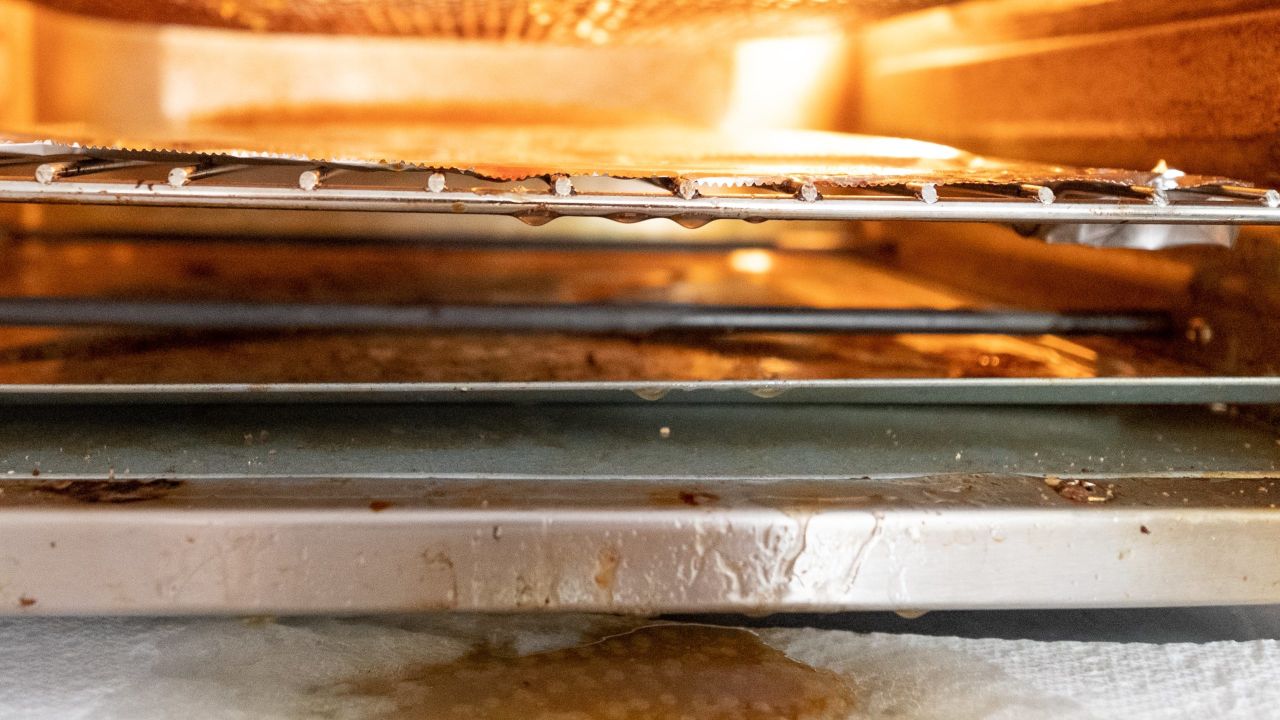 This was exactly as much fun to clean as it looks. (Photo: A. A. Newton)

This could have been at least partially due to my air fryer, which is a miniature version of the convection ovens used in industrial bakeries — right down to the French doors. A basket-style model could have contained the mess better, but haters (me) will say it also could have filled up with pie drippings and overheated. Who’s to say?

To me, the mess factor is the final nail in the air fryer pie coffin. Extra mess is never a bonus, but on the holidays, it can be a legit liability — and it’s not like the results are worth the risk. Bake your pies in the oven, my friends. It’s the easier, safer, and all-around better method.