Why You Should Encrypt Your WhatsApp Backups in iCloud

This was all true, except for one scenario: WhatsApp chats backed up to iCloud were all unencrypted, so if anyone got their hands on your iCloud backup, they could read all your messages pretty easily. But now, WhatsApp has an optional feature to protect your WhatsApp backups with the same two-factor authentication using a password or a secure key.

Before we begin, you should know that WhatsApp end-to-end encryption depends on a password or a 64-digit secure key. If you lose your password, you won’t be able to restore your chats, so make sure you use a secure yet recognisable password. If you use something complicated, make sure to save it on your password manager (it can be iCloud Keychain or a third-party service like Bitwarden).

To get started, first update your WhatsApp application to the latest version. WhatsApp is slowly rolling this feature out to its two billion users, so if you don’t see it yet, try again in a couple of days.

Open WhatsApp, and from the “Settings” tab, go to “Chats.” Here, select “Chat Backups” and tap the “End-to-End Encrypted Backup” button. Tap the “Turn on” button and from the next screen, choose the “Create Password” option. 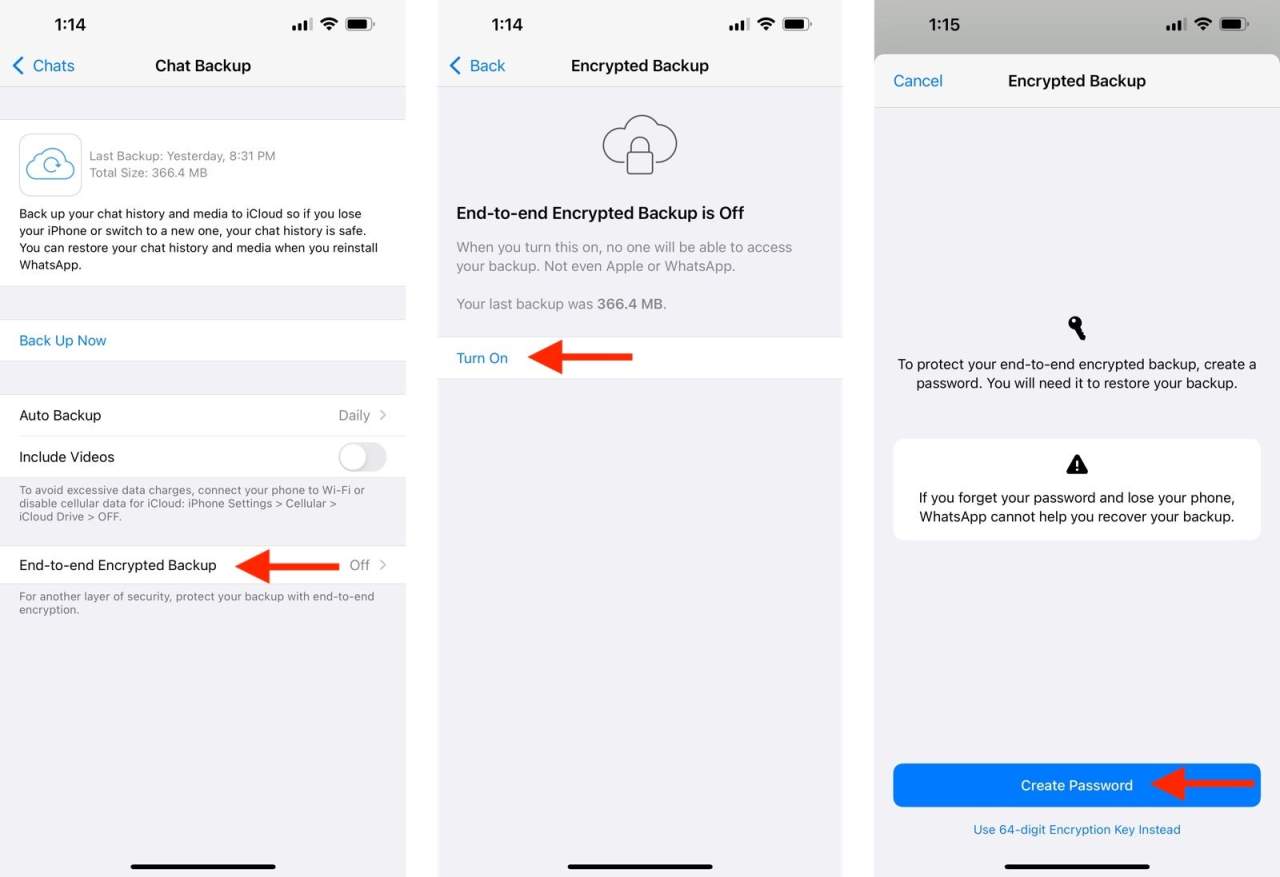 Here, create a password that includes at least six characters, and one letter. Then, tap the “Next” button. 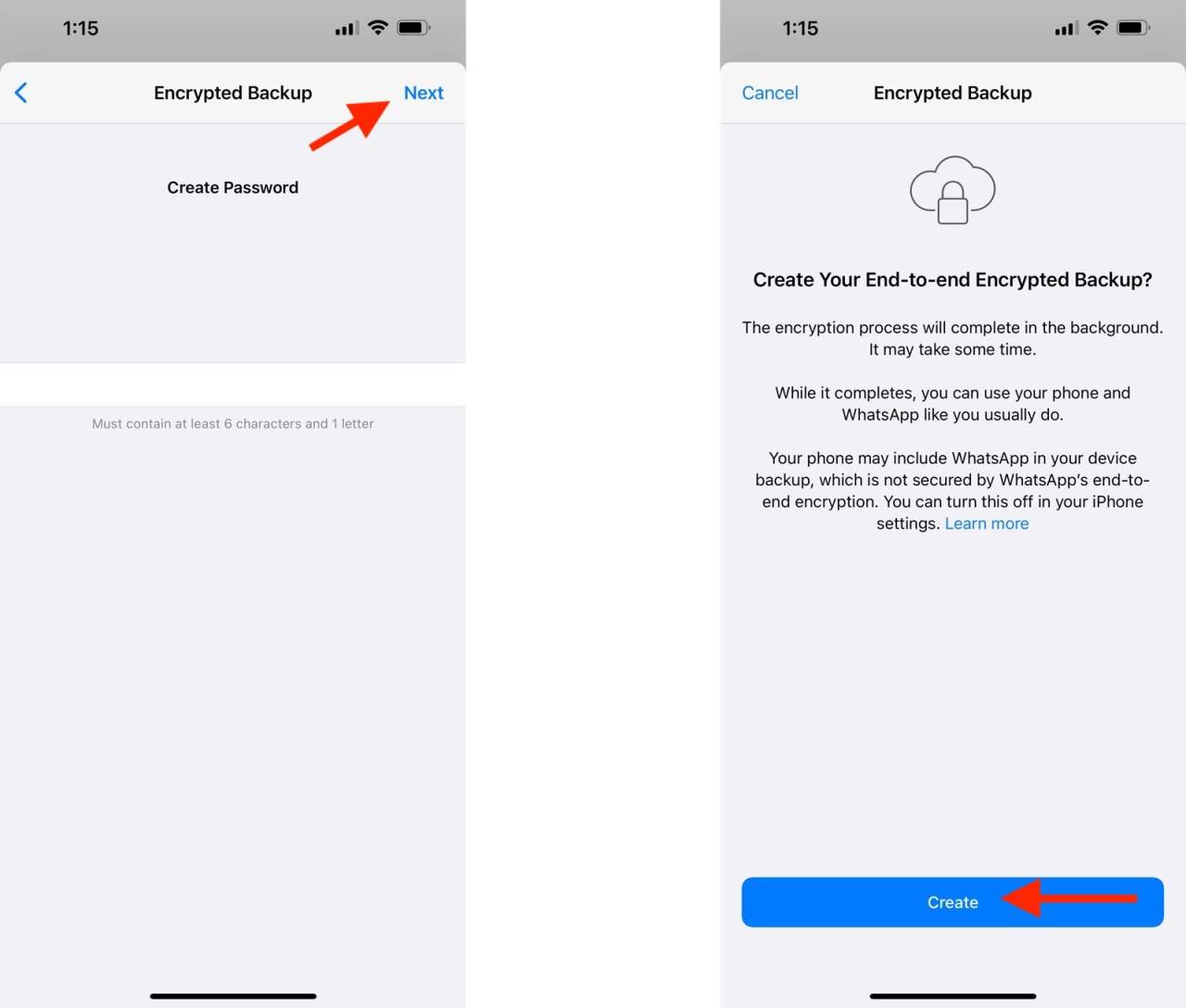 If you want to disable this feature, come back to Settings > Chats > Chat Backup > End-to-end Encrypted Backup > Turn off.

While WhatsApp has switched over to encrypted backups, your iPhone is still backing up the entire iPhone data to iCloud, in the same un-encrypted format. For the sake of security, we would suggest you disable iCloud backups altogether. To do this, open the “Settings” app and tap your Profile banner from the top. Then go to “iCloud” and disable the “iCloud Backup” option.