How to Turn Any Vague Concept Into a Sexy Halloween Costume

Well, for starters, a horny Bob Ross is a historically accurate Bob Ross — he was a sensual man with a natural bedroom voice, and he used that voice to build an empire — but the bigger question is, “Why not?” Though I wouldn’t recommend baring top and bottom cleavage while escorting a bevy of tots between houses, most adults who dress up for Halloween do so for parties, and a good party shouldn’t have any children on the guest list. (Though children can add a spooky element to your Halloween shindig. Have you ever been drunk or high around a child? It’s the most horrifying thing of all.) 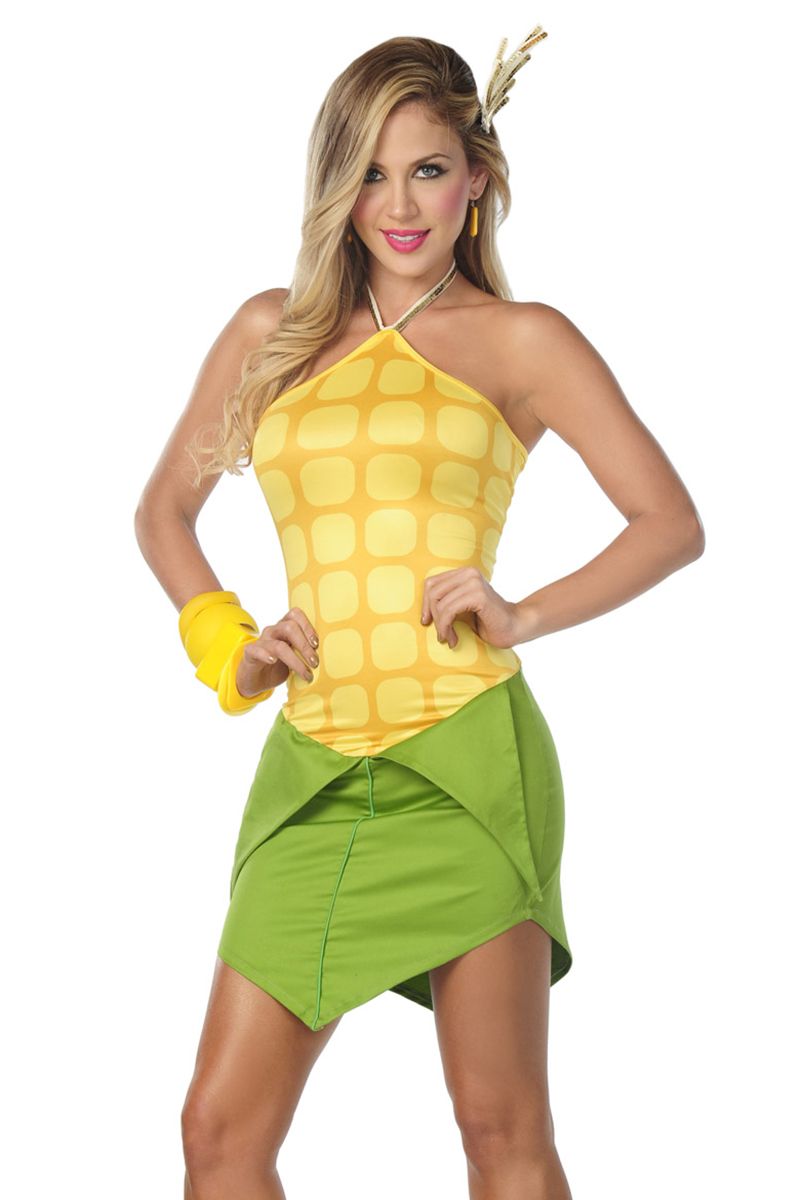 The best sexy costumes are those that are based on something that is either devoid of sensuality, or downright off-putting, and dressing as a Sexy Cob of Corn is undeniably hilarious because of how much you don’t want to fuck it. Corn on the cob is sexually neutral for most people, which is what makes sexy corn on the cob so entertaining. Sexy corn is not a real thing that exists on this mortal plane — the purest form a costume can take.

I have worn a few sexy costumes in my day, but two stick out in my mind as especially effective. If you follow me on any social media platform, you have seen at least one of them, if not both.

I GIVE YOU…
Sexy Saturn Devouring His Son pic.twitter.com/uLnSkRLy9z

Sexy Saturn Devouring His Son is probably my favourite costume I have ever worn, though Sexy Dr. Jacoby is a close second.

Using these costumes as an example, I will now walk you through my 6 Easy Steps to Turn Any Concept Into a Sexy Costume, which can be used by all people, regardless of gender.

Most people don’t consider Dr. Jacoby to be an object of desire, but he definitely fucks, which means he barely makes it past the first step as a costume. This is what gives Sexy Saturn Devouring His Son an edge over Sexy Dr. Jacoby. The Goya painting is one of his darkest, painted directly on the walls of his house during an inarguably dark period of his life. It’s a creepy, haunting painting, and a completely inappropriate inspiration for anything that is meant to be lustful.

The less sexy your concept, the more effective your costume will be. If you’re not sure your concept passes step one, ask yourself if a person would feel a little weird being turned on by it. If the answer is “yes,” you’re good to go.

Get naked, put a paper bag (with holes for your eyes) over your head, and look at yourself in the mirror. I’m just kidding; that’s not necessary. I’m sure you know which parts of your body you like showing off by now. Pick your favourite feature(s) and build a costume around that. For me, the answer is always “cleavage,” though “arse” makes a good secondary option.

Once you have your body part picked out, focus on themes and patterns. For Sexy Dr. Jacoby, I went with a low-cut, Hawaiian shirt-esque bra top and denim overalls, which kept my (short, unremarkable) legs warm while showing off the décolletage. Dr. Jacoby never wore a bra top (as far as I know) but the tropical pattern gets the point across. For Sexy Saturn Devouring His Son, I went with a push-up bra under a beige slip with beige tights, because Saturn is depicted nude in the painting, and beige is the colour I am when I am naked.

Cleavage is a good accessory, but you can be sexy without boobs. Short shorts, a bare midriff, a plunging back — all of these looks can be executed to make your costume read as “sexy.” I would avoid using all at once, however. The last day in October can be cold.

If you want to avoid showing skin, reach for the skin-tight. A pair of leggings, a tight sweater, or even full-length bodysuit can all work — just make sure you have the proper undergarments to create a sexy silhouette. (Lumps and bumps can be sensual sexy, but they are most effective when used strategically.)

Long, luxurious, flowing tresses are capital-S Sexy, but, unlike my sisters, I was not blessed with those particular genetics. Luckily, wigs exist and can be ordered online with ease.

Once you have a wig, you might find yourself planning costumes around it. This is how Sexy Saturn Devouring His Son came to be. I was staring at the previous year’s wig, which I had used to create Sexy Dr. Jacoby, and noticed that — due to lack of proper wig care — it looked a lot like Saturn’s hair. I bought the slip and the tights and decapitated a Cabbage Patch doll, and a costume was born.

Step 4: Make yourself up

Dr. Jacoby’s red and blue specs are a key part of his look. Without them, he’s just another bearded guy in a Hawaiian shirt, but wearing 3D glasses when you’re not watching a 3D movie can give you quite the headache, and I couldn’t find a pair that looked good on my round face. I did, however, have a pair of colourless glasses, and was able to paint my eyelids blue and red, creating the same effect.

For Sexy Saturn Devouring His Son, I used a black lip to recreate Saturn’s anguished, gaping maw, dark eyeshadow for under eye circles, and cheap Halloween makeup to create “brush strokes” on my arms. Again, the key is to take a feature of the concept and re-imagine it in a sexy way. A Hawaiian shirt becomes a bra top, dorky glasses become a heavily pigmented cat eye of sorts, and a dark, hungry mouth becomes a sculpted black lip (which you cannot appreciate in the above photo, but trust me — it’s there).

Shoes can make or break an outfit, and it would be a pity to undo all of your hard work with ugly footwear. Though I wore Birkenstocks for Sexy Dr. Jacoby (it just fit), most costumes are best finished with a pump or a boot. For Sexy Saturn, that meant a nude pump; for the time I decided to dress as “the galaxy,” it meant painting a pair of cheap pleather knee-high boots with lots of glitter.