Definitionally, science fiction is a genre built on the power of imagination — both for those who create it and those who consume it. Though expansive sci-fi films abound, like horror, the genre works just as well — or better — when it unfolds inside your mind, the confines of which aren’t limited by the budget for CGI. That’s why science fiction was such a popular staple of old-time radio, and why there are so many modern podcasts playing around with the same tropes: We can dream up anything, given the sounds to spark our imaginations.

What follows are 15 of the best and most interesting sci-fi podcasts in this reality, representing a wide array of styles and sub-genres: from full-cast productions to stories told by a single narrator, from cyberpunk to adventures with aliens, they’re all the products of talented creators shooting their freaky, whacked-out, forward-looking ideas directly into our brains — via our ears. 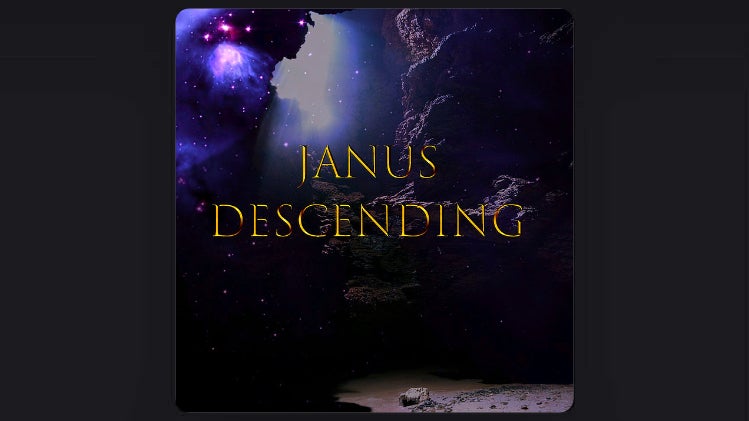 Chel and Peter are two xenobiologists sent to survey a planet orbiting a binary star system, and to explore the remains of the lost civilisation found there. Each of their stories is presented as an audio log of the mission, but they’re shared with us in reverse order, speeding toward a collision: for Chel, the story begins as a personal and enthusiastic set of logs from a passionate explorer, while Peter’s starts at the very dramatic end. It seems that the creatures that destroyed that lost civilisation never left, and that our adventurers have no idea what they are getting into. The impressive writing and sound design bring the characters to life while creating an atmosphere rich in wonder and horror (and there’s definitely plenty of the latter here). 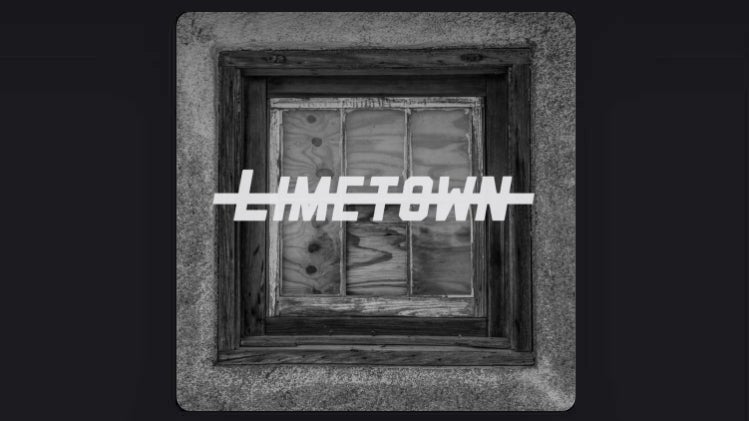 Lia Haddock is a reporter with American Public Radio who has never given up on finding answers about the 300 people who went missing at a Tennessee neuroscience research facility over 10 years ago. Limetown was a mini-sensation when it premiered few years back, telling a compelling scripted story in the style of Serial that’s just this side of convincing, despite the creepy sci-fi mystery at its heart. The first season includes only six full episodes and handful of shorts, so it’s an easy binge. From there, there’s a less-essential second season and a prequel novel — but it’s really that initial run that’s going to grab you. 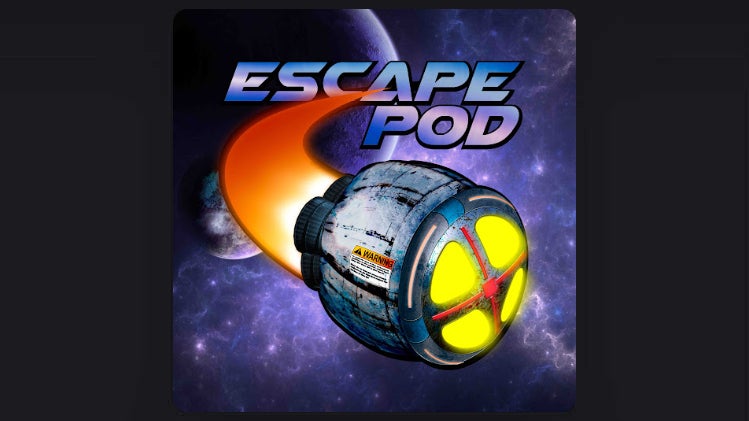 If you’re familiar with Pseudopod (which you may well be if you saw our list of the best horror podcasts), this is their equally venerable science fiction show. Each week brings a sci-fi story read by a talented narrator — some are classics (“Flowers for Algernon” being one example), but plenty are original works, and there’s an impressive level of diversity among the artists involved. And the program actually pays their writers and narrators! There are over 800 episodes and counting, but check out the handy recommendations page — “Non-Zero Probabilities” or “In Their Image” — for suggestions on where to start. 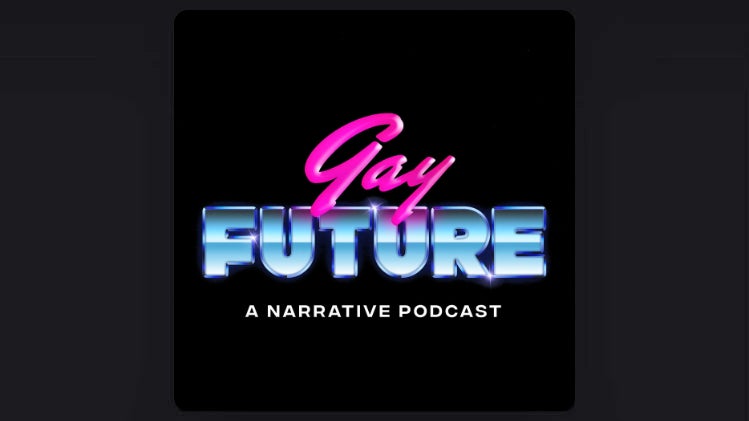 In Mike Pence’s unpublished dystopian YA novel, the future is gay. Literally. In 2062, everyone is gay and a totalitarian government enforces the gay agenda. There’s only one hope for mankind — a teenage boy named Mikey, the chosen one, who harbours a secret: he’s straight. Gay Future is big, bright, and goofy, filled with rapid-fire jokes that take big swings and land a punch more often than not. It’s also a solid satire on social conservative politics, but the emphasis is really on big gay fun. Right now, it’s just a single season, so it’s a stress-free binge, too. 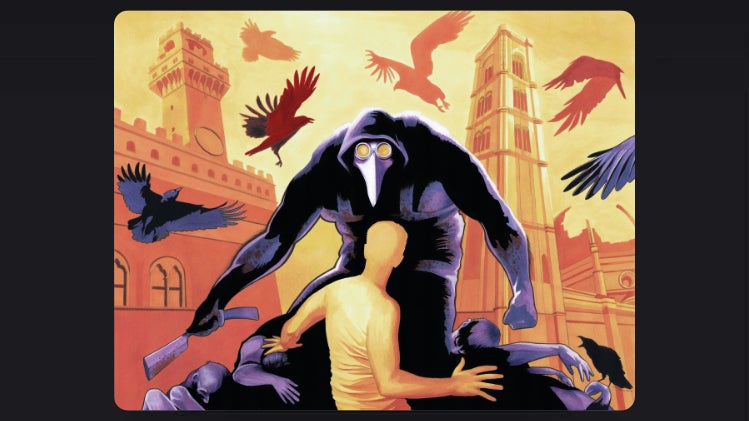 There are several neat things going on with Twilight Histories, which is a podcast of alternate history stories, or at least stories with a pseudo-historical context (though a handful involve the future and space travel). It’s not an RPG podcast in the sense of something like The Adventure Zone, but the adventures are all narrated in the second person, which can be alienating at first — though it’s a good fit with the old time radio-style narration. The show’s been going on for quite some time, so there are a wide variety of adventures in various lengths to choose from, from ice-age time travel to a 13-part epic involving a war between Rome and the Saxons. The host, Jordan Harbour, is a trained archaeologist, so expect particular passion and verisimilitude in the historical worldbuilding. 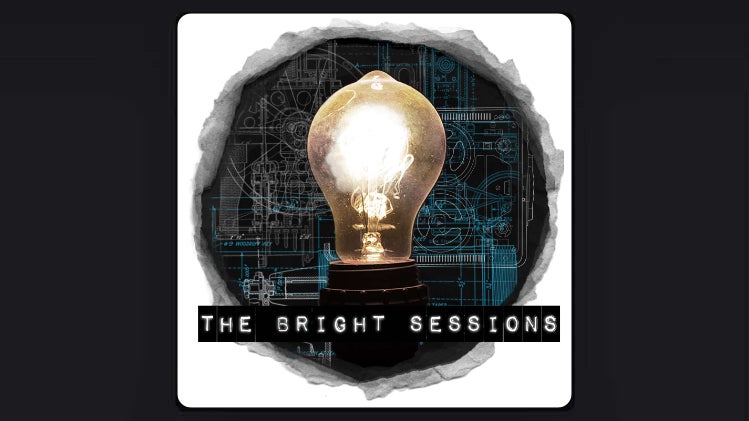 Lauren Shippen created this very popular scripted drama that deals with people with superpowers (“atypicals” in the show’s parlance) receiving therapy from the title’s Dr. Bright — episodes are presented as recorded therapy sessions. Sort of like In Treatment, the show cleverly deals with realistic trauma, albeit in a very science-fictional setting. Over time, the show incorporates threads involving Dr. Bright’s own past, but the pleasure is in the development of her various patients. The show initially ran for four seasons, so you can stop there; a couple of largely standalone spin-offs serve to continue the story. 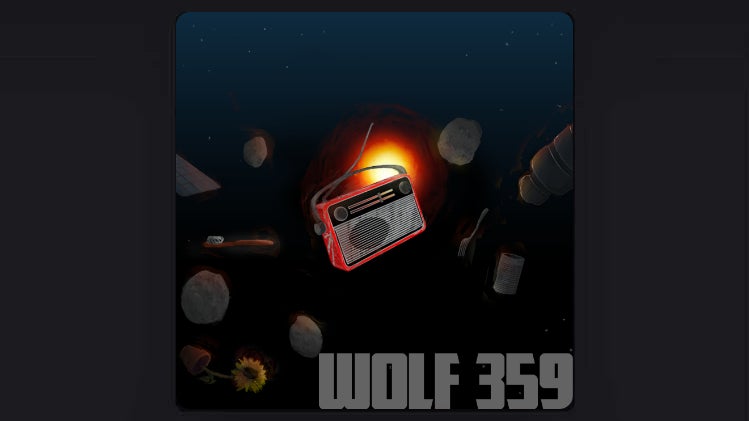 Starting out as a bit of a sci-fi sitcom, Wolf 359 is the story of Doug Eiffel, a lowly communications officer on U.S.S. Hephaestus Research Station, populated by a weird and highly dysfunctional skeleton crew. Eventually, Doug hears some things that he wasn’t necessarily meant to hear, and comes to learn that none of them are never meant to leave the station. The show builds in thriller elements over the arc of its four seasons, but always maintains a bit of comedy. 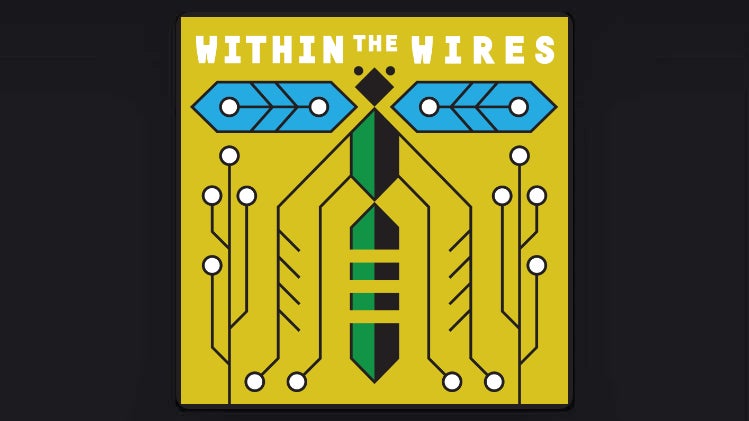 Part of the “Night Vale Presents” series of podcasts distributed by the Welcome to Night Vale creators, each season of Within the Wires tells a standalone story, and the gimmick is that each season comes to us via a different type of audio guide. The first season, for example, is presented as a set of relaxation cassette tapes provided by the nameless medical institute of which you are a patient. The narrative builds gradually, without breaking that format — everything you learn about the Institute, and the things you’re expected to do and not do, comes via the audio guide. The second season structured as a museum audio tour, to similar effect; each season entirely stands alone. It’s entering its sixth season now, with a story all about ghosts in Ireland during the 1970s. 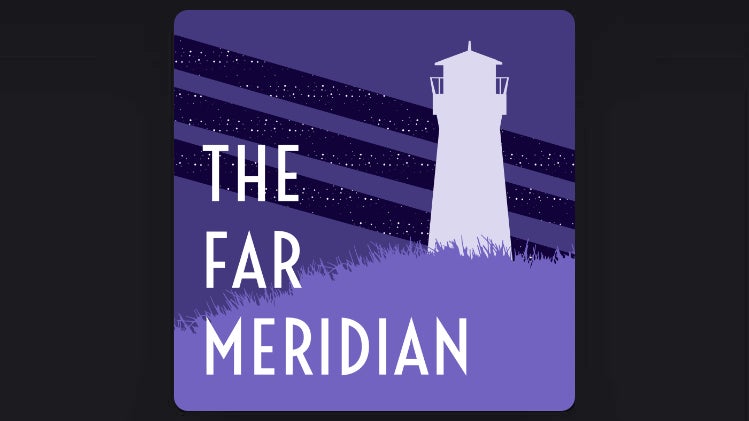 As a queer and deeply anxious fan of lighthouse-related mysteries, The Far Meridian might have been written for me. (If so, thanks! How did you know?) There’s a lot to like in the scripted story of Peri (voiced by Eli Barraza, also the show’s creator), an agoraphobic lighthouse keeper who wakes up one day to find that her lighthouse has…moved. In fact, it moves each morning, and Peri discovers the strange, sometimes terrifying new worlds she awakens in are easier to explore than the more complicated one back home. To lend the narrative a bit on continuity, her missing brother soon becomes the focus of her travels. There are currently two seasons available, with a third in the works. 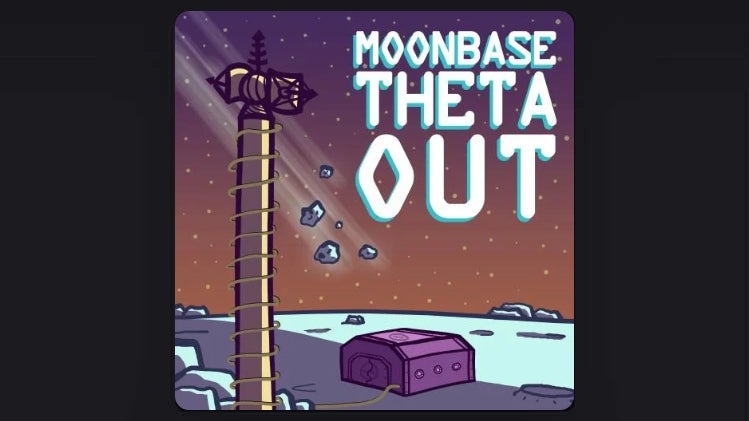 There’s a surprising lot of emotion packed into this series about the crew’s final weeks staffing a decommissioned moon base. At the outset, the show presents the audio reports from Roger Bragado-Fischer, one of the last remaining crewmembers, who also uses the time to append personal messages to his husband back on earth. There’s an overwhelming sense of loneliness, as well as an undercurrent of commentary on the dystopian fallout of modern-day capitalism, but there’s also a poignance and bit of hope, even as the shutdown begins to go very wrong. The first season’s episode are delightfully bite-sized, focusing on a single character and running around five minutes each, so it’s very easy to sample and get caught up in. The second season presents alternate perspectives on the events of the first, while the most recent season (just concluded) moves forward in time. 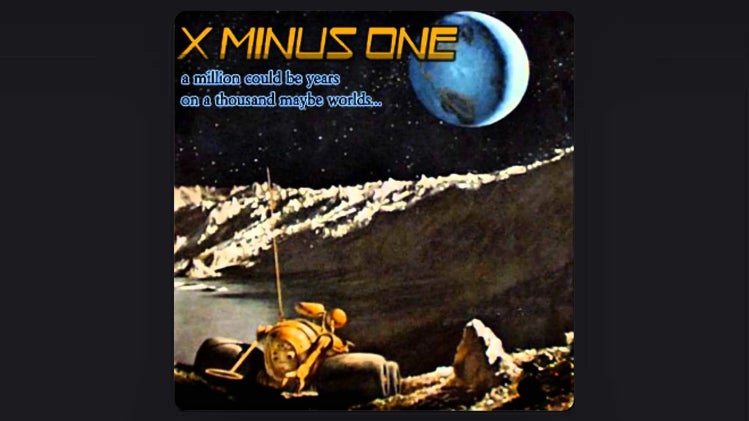 There’s was a lot of great science fiction in old-time radio times, but X Minus One (a spin-off of the comparatively short-lived Dimension X), originally broadcast between 1955 and 1958, remains the gold standard for writing and polish. Among original scripts, the show adapted some of the most acclaimed and beloved stories by the giants of the golden age of science fiction — familiar names like Philip K. Dick, Isaac Asimov, Frederik Pohl, Ray Bradbury, Robert A. Heinlein, and Theodore Sturgeon (the unfortunately overwhelming straight-white-cis-maleness of the era is undeniable; it’s still good stuff). That invaluable archive of old material has been resurrected as a podcast, and the results are deeply compelling, in a retro sort of way.

The Strange Case of Starship Iris 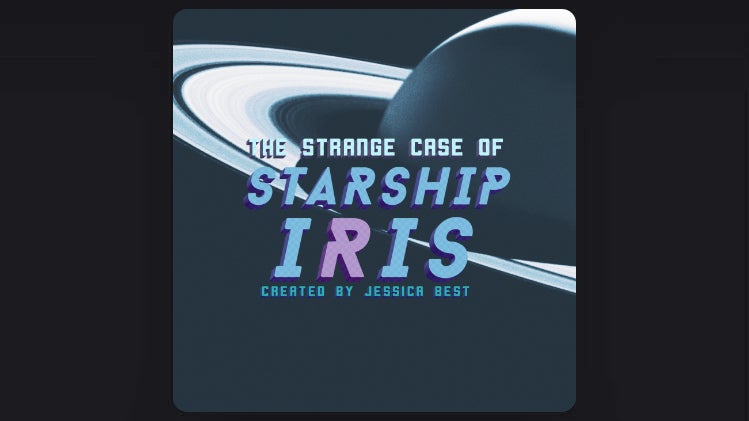 Following the destruction of the title spaceship, last survivor Violet Liu is picked up by the crew of the Rumour, which is wonderfully diverse, not to mention highly disreputable, at least in the eyes of the ruling Intergalactic Republic. The story begins as a conversation between a couple of characters and builds into something with real scope, but the key here is the charming found family at the show’s heart. 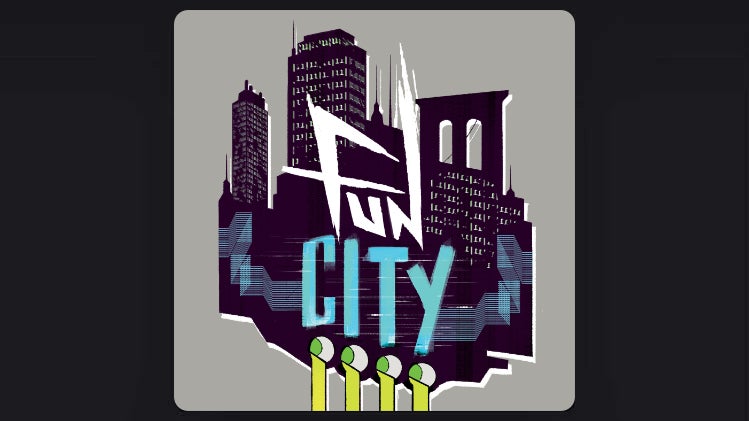 Most actual play RPG-style podcasts (in which we’re listening to players involved in an actual role-playing campaign) tend to be explicitly fantasy, which is just a function of the fantasy-heavy RPG world. This one has some of that, but drops the orcs and elves into a setting with hyper-futuristic technology. There’s another clever innovation as well: There are two game masters for two different groups, the one not generally knowing what the other is planning, which adds an edge to each and every campaign. 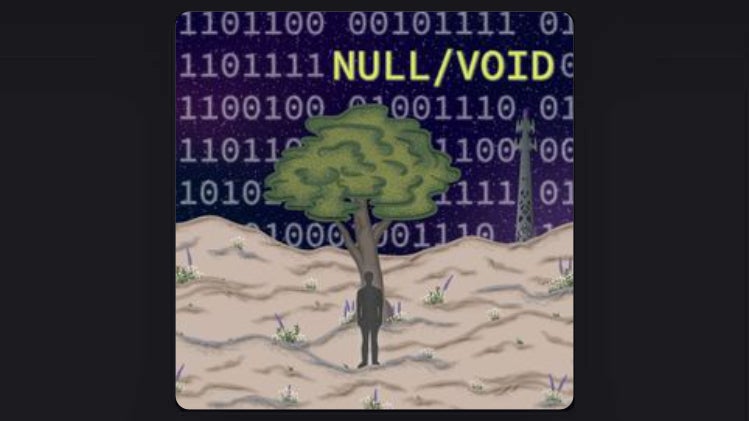 Piper Lee works in the mailroom of tech giant Void Networks, and finds her life turned upside down when she encounters Adelaide, a mysterious voice who seems to know a great deal about things that have yet to happen. Piper is lead into the heart of a plot by the billionaire mega-corp to exploit her small town, and gathers her friends together to stop it. Writer and creator Cole Burkhardt’s podcast is both charming and relevant, filled with equal parts whimsy and timeliness. 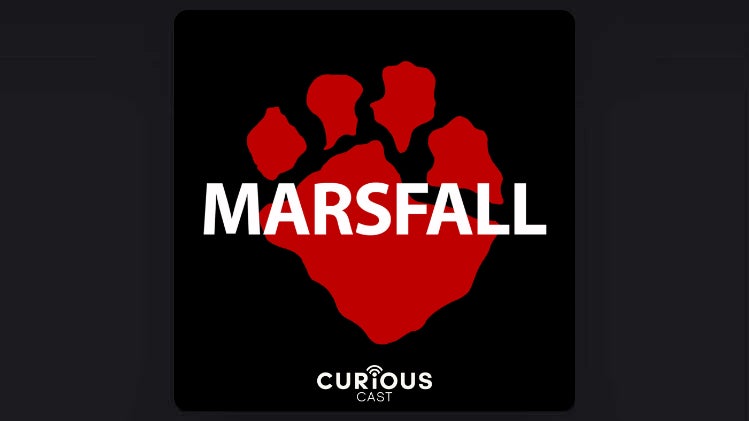 Podcasts can excel on a very intimate scale, but occasionally we’re in the mood for something a bit more cinematic. Marsfall’s scripted narrative involves the lives and exploits of the first colonists on Mars, building out their stories over time. At its heart is the exploration of what it means to find a new home, but it’s also got some very impressive action sequences and a great soundtrack.