It’s a pretty neat time to be an SFF fan with a TV: Apple has an adaptation of Isaac Asimov’s Foundation; Hulu’s got a take on graphic novel series Y: The Last Man; and Leigh Bardugo’s Shadow and Bone books are a series on Netflix, as is The Witcher. The list goes on and on — there’s a ton of Star Wars, Star Trek, and Marvel, with a whole lot more on the way. It wasn’t so long ago when a person with a reasonable amount of free time and a limited interest in socialising could watch just about every science fiction and/or fantasy show — but now you’d pretty much have to make it a career.

It’s not all gold, and it’s not all for everyone, but there’s plenty to pick from. The Covid pandemic has thrown production schedules up in the air, and streaming services tend to be far more cagey about release dates than networks ever were. Nevertheless, here are the big shows with a high likelihood of coming down your streaming hole between now and the end of 2022.

There’s always room for a good, old-fashioned, big-budget alien invasion drama. This one stars Sam Neill, but the pull is the show’s global perspective, with individuals from around the planet struggling to survive the invasion.

Where to Stream: Apple TV+

A Nickelodeon/Paramount co-production, the animated Prodigy is promising to, for real, introduce a new generation to the venerable franchise. The show involves a group of young aliens in a distant part of the galaxy who come upon an abandoned Starfleet ship, the Protostar, and use it to escape their hopeless situation. They get some help from Kate Mulgrew, playing the ship’s command training hologram — one that looks an awful lot like Captain Janeway.

Where to stream: Paramount+ 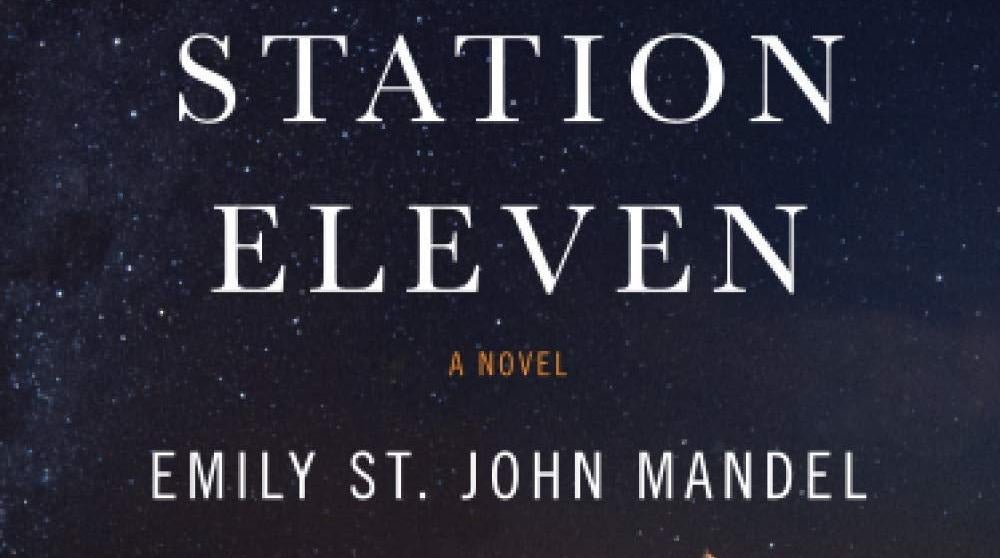 How do we feel about a pandemic-themed miniseries? The ten-episode miniseries adapts Emily St. John Mandel’s award-winning 2014 about the aftermath of a global swine outbreak that kills most of the world’s population. Might be a hard sell, but the book is much loved, and the cast here is stacked with impressive character actors.

One of the most beloved anime of all time (at least in the United States), the ragtag bounty-hunter-based Cowboy Bebop was an animated phenomenon when it aired on Adult Swim in 2001. The updated introduction suggests that the creators of this live-action update may have done a decent job of porting over the original’s signature style and offbeat tone. John Cho takes over as Spike, joined by Mustafa Shakir and Daniella Pineda.

Where to stream: Netflix

Before airing an episode, the series has been renewed to a second season — a show of confidence from Amazon, and a necessary step if there’s any hope at all of the show getting around to adapting the 14 (very long) books in the series that went on long enough to outlive its author (I only ever got through book five, myself). The Tolkien-esque books involve Moiraine, played here by Rosamund Pike, one of the powerful group of magic users called the Aes Sedai, who gathers five possible reincarnations of the Dragon — whomever it is will either save the world, or destroy it.

Where to stream: Prime Video

I never really got Boba Fett. He had the cool look and the neat bounty hunter thing, but he didn’t really do all that much in the original trilogy besides deliver Solo to Jabba the Hutt and get partially eaten by the Sarlacc. It wasn’t until the character’s appearance in The Mandalorian (with Attack of the Clones’ Temuera Morrison, having previously played clone Boba’s father, taking the role) that it finally made sense to me. The expertly choreographed stormtrooper assault during his first full appearance made it clear, for the first time, that this wasn’t someone to be messed with. Not much has been revealed about the plot here, but Ming-Na Wen is also starring as Fennec Shand.

This was in the works well before the most recent Suicide Squad movie, so James Gunn and company knew (or at least hoped they knew) that John Cena’s Peacemaker would be a fan favourite. Picking up after the movie, the show will chronicle the further adventures of the guy who wants nothing more than peace, and who’ll kill as many people as he has to in order to get it. Gunn is serving as showrunner, so expect the same tone as the film. 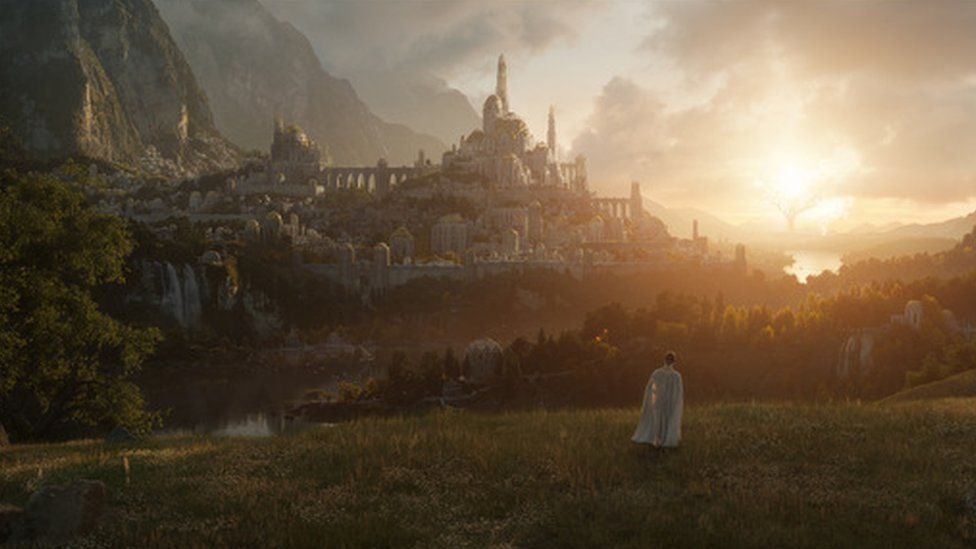 Nobody talks about the Second Age of Middle Earth, until now. We don’t know a ton about the Amazon series, except that it’s set thousands of years before the main storylines of The Hobbit and The Lord of the Rings, at a time when Sauron was forging the rings of power and humanity had reached its highest levels of achievement on the island kingdom of Númenor. While this isn’t necessarily an indication of quality, the show will likely be the most expensive ever made. So at least it won’t look cheap.

Atypically, Prime Video has already announced a likely September, 2022 release date for the first episode — streamers have been much more hesitant lately about putting out release dates out very far in advance, which (maybe) suggests that they’re well along in production.

Where to stream: Prime Video

The market of an adaptation of Neil Gaiman’s graphic novel magnum opus goes back decades, with TV show and film plans rising and falling at various points. The live-action story of Dream of the Endless looking to restore his kingdom following a long period of imprisonment is finally upon us, and the first teaser released by Netflix certainly looks faithful.

Where to stream: Netflix

It’s been called the longest pilot-to-series commitment in history — something like 56 years since the original Star Trek pilot featuring Captain Pike, Number One, and a young Mr. Spock was screened for NBC execs. Anson Mount, Rebecca Romjin, and Ethan Peck are reprising the roles from Discovery, joined by newcomers, including Celia Rose Gooding as Cadet Uhura.

Where to stream: Paramount+

It’ll be interesting to see how much goodwill remains with the Game of Thrones franchise following the poorly received first series finale, and given the book series’ stubborn lack of anything resembling a finale (as yet). It’s also a prequel, which is traditionally risky territory. Still, the original was very much a cultural phenomenon while it lasted, and this series seems to foreground the best part of that show: the dragons.

It’s hard for new comic book characters to break through, but Ms. Marvel was a huge success on the page after her first appearance in 2013, bringing in a new generation of readers with the young-reader-friendly story of fangirl Kamala Khan, a Pakistani-American Muslim teenager who gains shape-shifting powers. The MCU could use some fresh blood (and a lot more diversity), so hopefully Kamala (played by Iman Vellani) can do for the screen what she did for the page and bring some new life to Disney/Marvel.

Orphan Black’s Tatiana Maslany is playing Jennifer Walters, the title’s She-Hulk, joined by Mark Ruffalo and Jameela Jamil as supervillain Titania. Not much detail to be had other than that, but the half-hour comedy should be a lighter, greener change of pace for Disney+.

Of course, there’s a ton of Star Wars TV stuff coming down the line, but these two are by far the most likely to wind up airing before the end of next year. The six-episode Obi-Wan Kenobi revisits Ewan McGregor’s title Jedi master about ten years after Revenge of the Sith (joined by Hayden Christensen as Darth Vader), while Andor follows rebel spy Cassian Andor in the years before Rogue One, when the Rebel Alliance was very much on the rise. Forest Whitaker will return as Saw Gerrera, as well.

Another property that’s had its ups and downs in terms of rumoured adaptations, the acclaimed and popular video game is getting adapted for airing sometime next year. Not of lot of detail yet, nor any trailer, for the story of a smuggler escorting the teenaged Ellie across a post-apocalyptic America, but the core casting (Pedro Pascal, Bella Ramsey, and Gabriel Luna) is solid.