Improve Your Apple TV+ Experience With These Useful Tweaks

Apple’s $7.99-per-month streaming service is starting to make a name for itself with popular, exclusive and even Emmy-winning shows like Ted Lasso, Foundation, and The Morning Show. Slowly but surely, its small catalogue is turning into a home for worthy prestige TV — the kind of reputation that used to define the likes of HBO.

While there’s not exactly a plethora of content available (yet), Apple is adding new movies and TV shows every week, some of them more than worth the binge, and the app experience, while imperfect, is better than many (ahem, HBO Max). If you’re just starting out with Apple TV+, here are the tips and settings that you should know about to make the most of the service.

First of all, it’s really easy to try out Apple TV+ for free. Apple’s 1-year free trial is a thing of the past, but new subscribers can still get a seven-day free trial, and if you buy a new iPhone, iPad, or Mac, it comes with a free three-month trial. Subscribe to the Apple One plan and you’ll get Apple TV+ included as well.

What’s better is that Apple TV+ supports Apple’s Family Sharing at no extra cost. That means if anyone in your family or friends group subscribes to Apple TV+, you can access it for free.

Apple TV+ isn’t exclusive to Apple platforms. Far from it: You’ll find Apple TV+ apps for just about every console, smart TVs, and media centres out there, including those from competitors like Fire TV and Chromecast.

What’s missing from the list is Windows and Android — but you can get around that restriction by streaming using the Apple TV website.

Learn to manage your Up Next queue

The Apple TV app interface is quite jumbled at a glance. It includes Apple TV+ originals, TV channels, and rentals from the iTunes Store. It’s quite easy to get lost. If you’re only interested in Apple TV+, look for the “Originals” or “Apple TV+” tabs.

You can make your viewing experience better using the TV App’s Up Next feature. When you find a show that you want to watch, just tap the Plus button to add it to your Up Next queue.

If you start watching something, it will automatically appear in the Up Next queue (new episodes get priority here). But the Up Next queue can sometimes get too crowded (unlike Netflix, you don’t have a separate Watching List). Tap and hold a show or film to remove it from the Up Next queue in a second. (On the Mac, you’ll find this option in the right-click menu.)

You can turn off notifications for new Apple TV+ shows

It’s easy to download movies and shows to watch offline

Just like Netflix or Prime, Apple TV+ also lets you download shows for offline viewing on the iPhone, iPad, and Mac using the Apple TV app.

On your iPhone or iPad, you can download individual episodes or entire seasons of a show at a tap. When you’re browsing a TV show or a movie, tap the Download button to download it — easy enough. You’ll find your downloaded media in the Library section.

There’s no obvious subtitles option — but they’re there

The subtitles feature is a bit hidden in the Apple TV app. You have to start playing something to access it. After starting playback, tap the three-dotted Menu button from the bottom toolbar. Then, choose “Subtitles” and select a language from the list.

You can adjust playback speed

This one is controversial (at least, based on the response generated when Netflix began testing a similar feature), but you can adjust playback speed within the Apple TV app. Say you watch to know what all the For All Mankind buzz is about but you don’t have time to binge the whole season — just tap on the three-dotted Menu button during playback and then select “Playback Speed.” You can choose to stream at half-speed, 1.25x, 1.5x, or 2x.

The Apple TV app has a pretty sweet dark mode 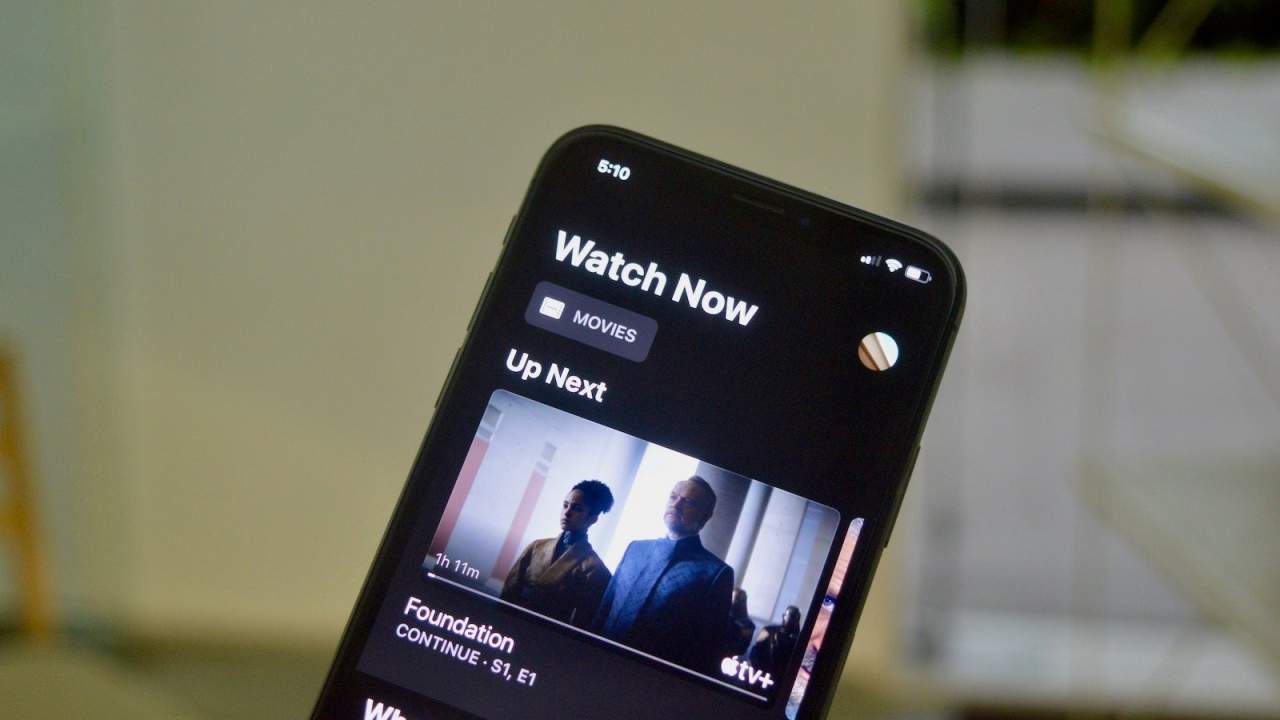 The same goes for the Apple TV. To enable the dark mode, go to Settings > General > Appearance.