How Training for a Hunting Trip Gave Me a Bigger Arse

When I started this archery-focused strength training program, I had one goal: Increase my draw strength to at least 18 kg so I could kill an elk if I happened to see one while hunting in Eastern Oregon with my dad. As I’ve mentioned previously, focusing on “losing weight” has never worked for me, nor has working out with the vague goal of “getting hotter.” Not only is “hotter” extremely relative and ever-shifting, it’s hard to track.

It’s absurd that bodies — most commonly women’s bodies — are subject to trends, but even in this supposedly more “body positive” age, certain types of bodies are still seen as more positive than others. I don’t know if you’ve noticed, but arse is in. I have always had more T than A, and I’ve always been comfortable with that. Having a medium amount of arse has never failed me before, but I’d be lying if I didn’t sometimes gaze upon larger butts and think “God, I wish it were me.” (One can notice that something is a commodified trend, and yet still be influenced by that trend. I am not immune to capitalism and its tricks.)

Even though I wanted a bigger arse, I knew going to the gym with the express purpose of building my butt would not work out well for me, at least not at first. Exercising with the goal of changing how I look has always resulted in abandoned routines. I never see results quickly enough, and if I do see some I convince myself they aren’t that impressive, or that I’m imagining them, and then I’ll either get obsessive — tracking my thigh circumference with measuring tape and weighing myself several times a day — or I’ll get bored, look at myself in the mirror, and think “You know what? This is fine.”

Training with the goal of “being strong enough to shoot an elk with an arrow” did two things: It took the focus off my body, and it gave me something tangible to track. (Was I able to shoot my bow after I increased the the draw strength with my little Allen wrenches? Yes? That’s undeniable progress.)

I continued to alternate strength training with shooting, encouraged by my increased draw strength, and my groupings got a lot tighter (though I was still shooting a little too high and far to the left). I even shot the fletching off of one of my arrows, which felt like an accomplishment in and of itself. (The nice man at Archer’s Afield fixed the fletching for me, which is good, because arrows are not that cheap.) 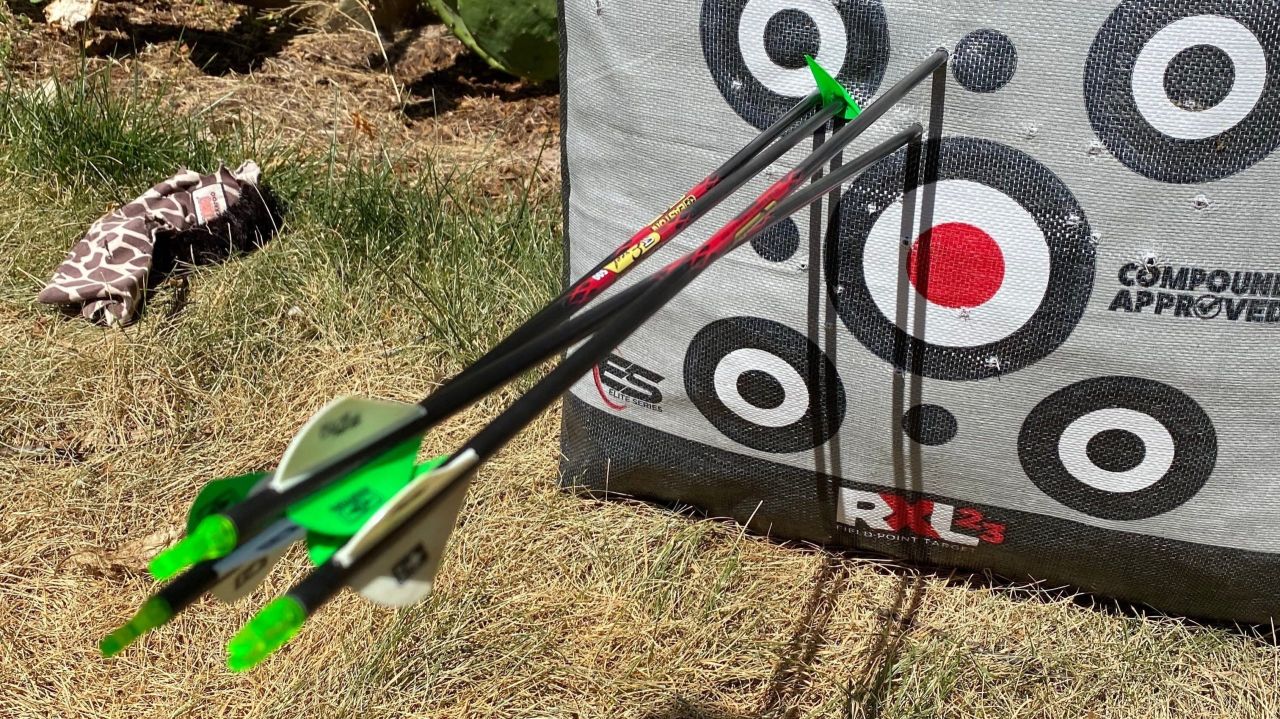 The stronger I got, the more accurately I was able to shoot my arrows — a marker of real, tangible progress! My arms no longer got as tired as quickly, and I started to enjoy lifting, because I was kind of good at it. (As a Leo, I am drawn to things I am naturally good at.) After a while, I started to see and feel little muscles pop out of my arms and legs.

All of this finally convinced me exercising “worked,” and that lifting heavy things could actually make me stronger and change the shape of my body, even though the shape might not be exactly what I had in mind. My arms were a little bigger, my thighs bulged in my jeans, and my butt was sitting a little higher. I begin to toy with the idea of incorporating a little vanity back into my routine, as a treat. I asked Beth to give me more exercises, including some that would “make my butt bigger,” because it’s good to diversify ones assets — even though having a thicc arse wouldn’t necessarily help bag me any elk. Beth told me to do hip thrusts, and I did. 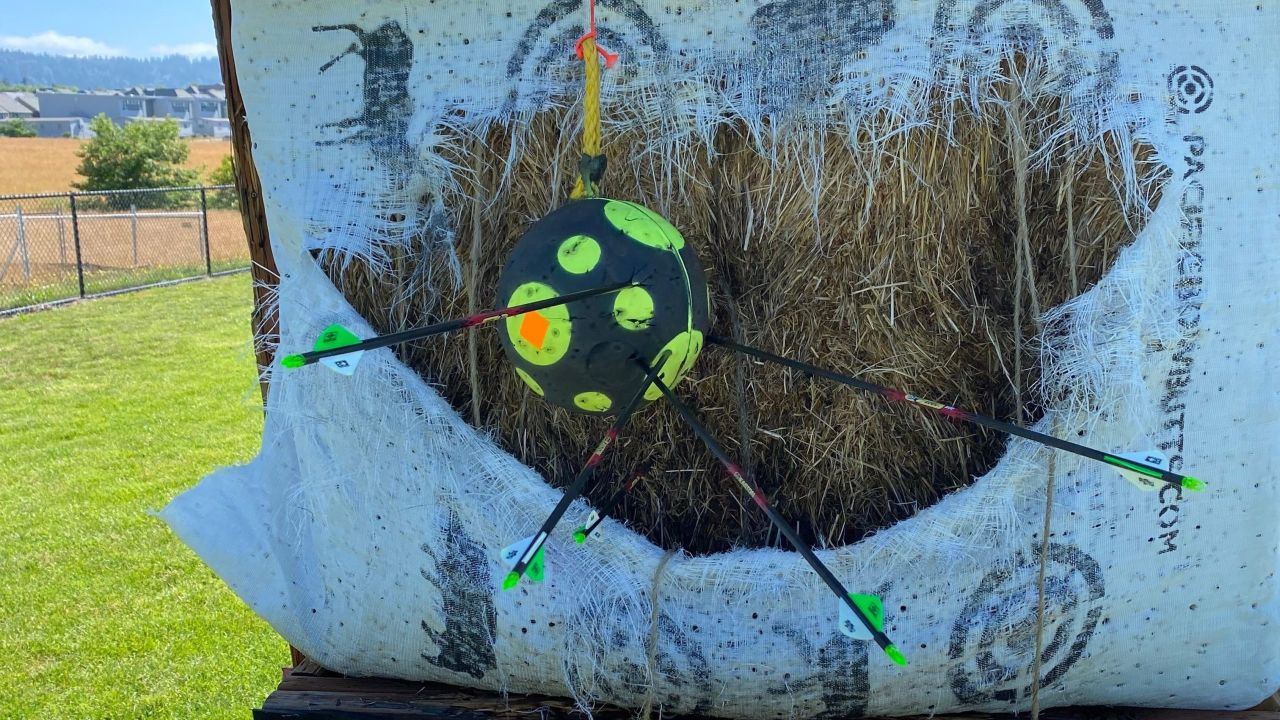 I don’t know when my draw strength hit 18 kg — I have to go to the archery range to measure it, and didn’t go every week — but when I checked my draw strength a couple of weeks before my hunting trip, I was at 20 kg, 2kg over the minimum. I began shooting at longer ranges and in the field behind my dad’s house and got pretty accurate at 22 m.

In addition to hitting my primary goal, I was lifting more weight. I can now hip thrust 91 kg, deadlift 61 kg, squat 50 kg, and crush very ripe melons with my thighs. (I don’t know if these weights are impressive or not, but I know they are much higher than what I have been told to lift “as a woman.”) And my butt? It is bigger and rounder, and all of the things I wanted it to be. Having this silly secondary goal was fun, but only because it was secondary. (I do not think I would have kept going to the gym three or four times a week if that had been my only driving force.)

After all that lifting and shooting, I was feeling good. I was feeling prepared. I was feeling ready to go hunting. Strength training hadn’t just made my shoulders stronger and my shooting better, I felt like I actually had a modicum of control over my body and what it can do, and believed that I could change it if I wanted to. Would all of this translate into me bagging an elk? That remained to be seen, but I felt confident I could track them through the dusty terrain of Eastern Oregon without too much trouble — thanks in no small part to my powerful arse.