How to Enable Centre Stage on Your iPad

When you’re on video calls for hours a day, sitting squarely in front of the iPad’s screen can get tiring. But if you want to move around (say, you want to show something, or if you’re cooking), it’s essentially impossible unless you have someone to follow you around.

The Centre Stage feature on the iPad takes care of that. When enabled, the iPad’s camera will automatically pan and zoom to follow you around.

How does Centre Stage on iPad work?

Apple is using some clever machine-learning tricks to automatically zoom and pan the camera. The supported iPads all have a wide-angle camera lens, and by default, the iPad only shows a cropped view (the one focused on your face).

But as you move around, the camera view will also pan and zoom to focus on you. If someone else comes into the view, the camera will zoom out (to its actual wide-angle view) to cover more people. All of this happens automatically, so you don’t need to worry about it.

How to enable Centre Stage on iPad

Centre Stage is built into the FaceTime app, but it also works in third-party apps that support the feature. Apps like Zoom, Google Meet, WebEx, Skype, Microsoft Teams, and Filmic Pro have Centre Stage built-in.

FaceTime actually has the Centre Stage feature enabled by default, but if it’s not, you can enable it from the “Settings” app. Go to the “FaceTime” section, and enable the “Centre Stage” feature. 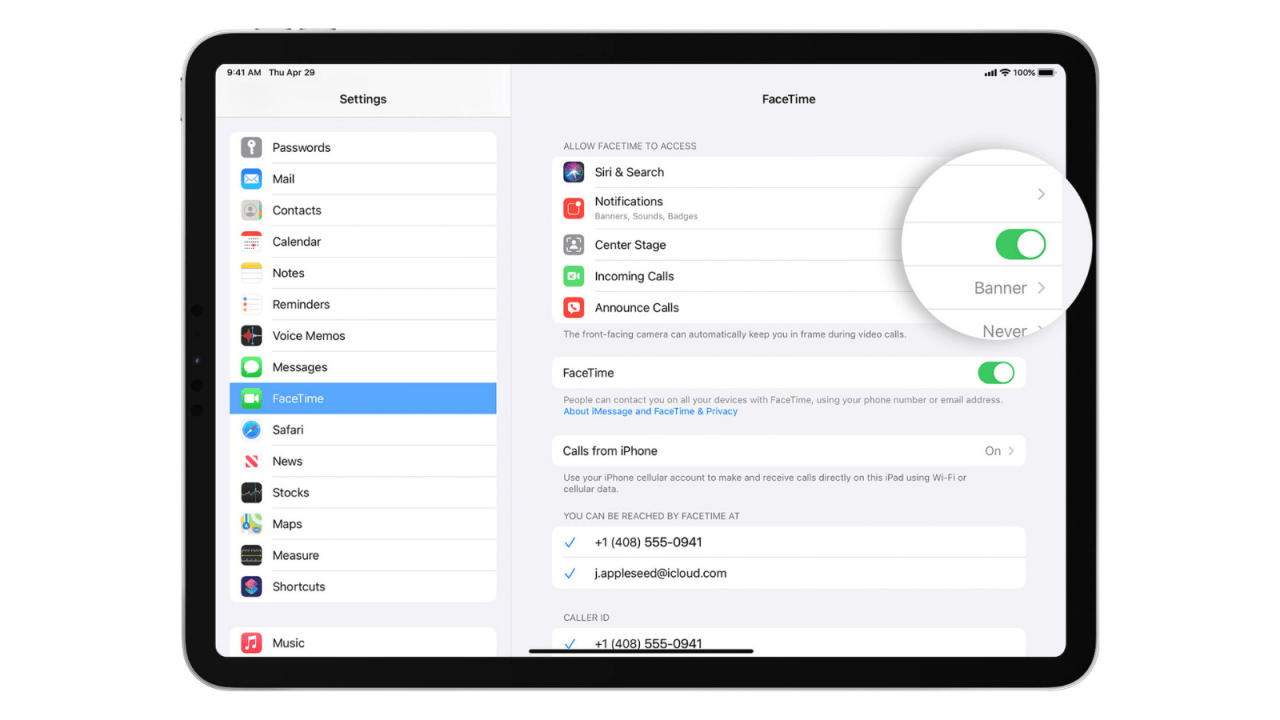 Then, when you’re in a FaceTime call, bring up the options menu. From there you can enable or disable the “Centre Stage” feature for the call.

It’s the same deal for third-party apps as well. Open the “Settings” app and find the app in question (it can be Zoom or Google Meet). Then, enable “Centre Stage.” You’ll find a new Centre Stage button in the app’s video-calling interface, and from there you can enable or disable the Centre Stage feature for the call.

While Centre Stage is a software feature, it relies on newer high-quality wide-angle cameras, and those are only available on certain iPad and iPad Pro models. Here’s a list of iPads that are compatible with Centre Stage:

As of 2021, four out of latest five iPads have the Centre Stage feature. The only iPad that’s missing from the list is the 2020 iPad Air.