Could a Compound Bow Help Me Stick to an Exercise Routine?

When Beth first started assigning Lifehacker fitness challenges to the writers at the site, I pretended I did not notice. I have never been good at exercising. I struggle to even spell the word. With the exception of playing softball when I was five, I didn’t play any team sports as a kid. I dabbled with gymnastics and dance until I hit puberty and “developed,” and never really took to any sort of physical activity after that, save for a beginner pilates routine I got from a book that I performed every evening for a couple of years in my teens in an attempt to become “long and lean,” something I am simply not capable of becoming.

About six years ago, I trained and ran/walked a half marathon in an attempt to save my marriage. (My ex-husband was very into marathons and triathlons at the time, and taking interest in his interests seemed prudent.) We got divorced and I had to get both of my big toenails removed.

I never had much success sticking to any kind of physical fitness is what I’m saying, but I may have found my “thing.” It turns out all I needed was a compound bow. 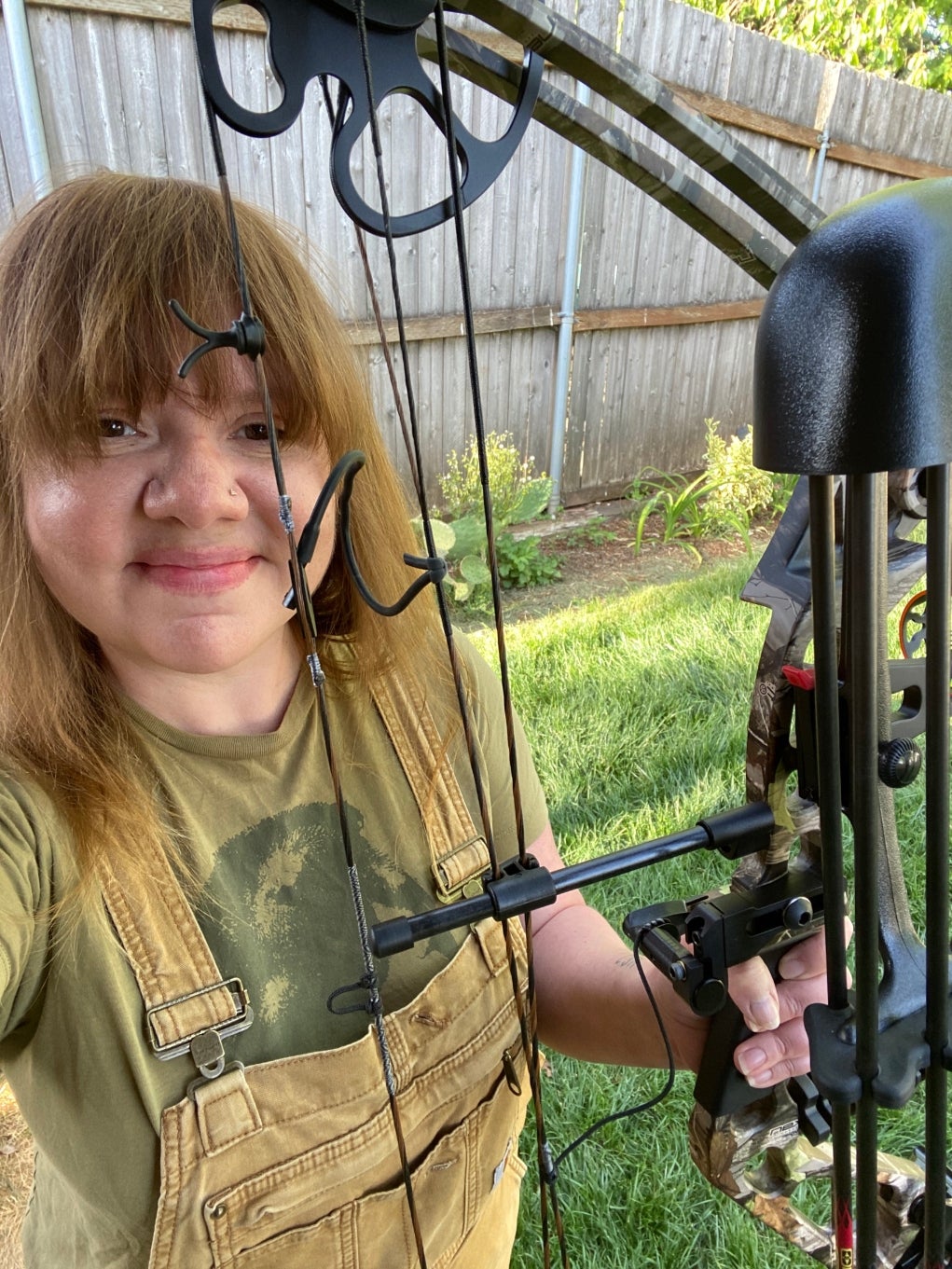 Me and my arrow(s). (Photo: Claire Lower)

I had originally planned on learning to roller skate for my Lifehacker fitness challenge, but I don’t like falling, and I decided I’d rather dedicate my time to getting strong enough to kill an elk. I bought my compound bow in May, when my dad informed me we would be hunting for elk with bows instead of rifles. (Bowhunting season is much longer than rifle season, plus our buddy Kurt is really into bowhunting.) I went to Archer’s Afield and got fitted for a bow and shot my first arrow.

“Holy shit that’s fun,” I said, and someone nodded and adjusted my left arm so I wouldn’t end up with a big, purple bruise. (That string really snaps.)

The day I brought my compound bow home, my draw strength was 17 kg. According to Kurt and the various men I talked to at Archer’s Afield, I needed to get that up to at least 4o pounds if I wanted to go elk hunting. I asked Beth if she would like to put together a strength training program for me and, luckily, she did. 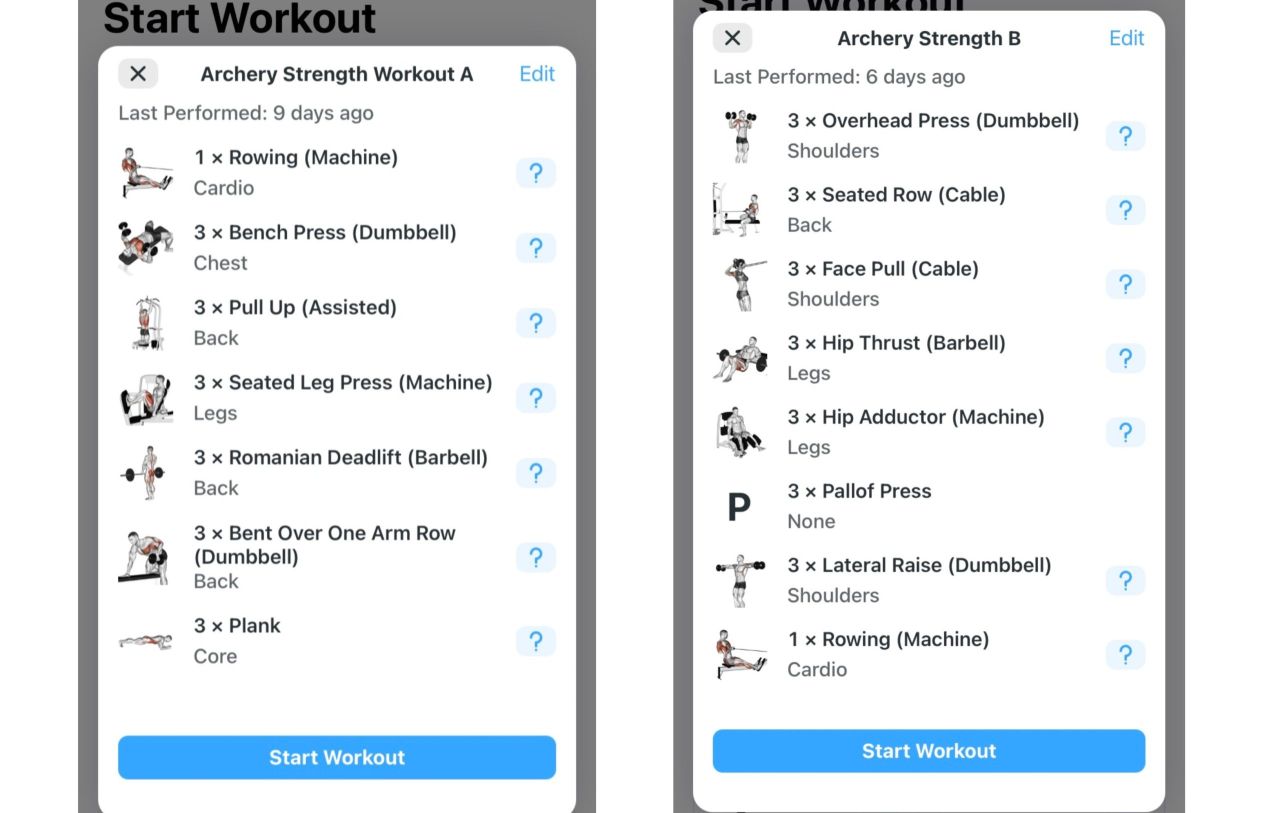 I got a membership at my local, aggressively purple Planet Fitness, even though I have not had great success with gyms in the past. I always feel like I’m flailing around without a clear goal, and that the other, stronger or skinnier patrons are better at this, judging me on my “poor form.”

I did my the first workout — “Archery Strength Workout A” — on May 14th, bench pressing five-pound dumbbells and deadlifting a whopping 11 kg. The most weight I managed to move was 48 kg, and I moved it with my legs on the leg press machine. I also managed to hold a plank for a minute, which was kind of surprising because, if you looked at how I sit when I work, you would not think “that lady has decent core strength.”

I sent my workout to Beth via text, and she told me to put some fucking weight on the bar, which is honestly the best workout advice anyone has ever given me. Each time I went to the gym, I added weight to almost every exercise, and seeing the little “PR” notification in the app made feel very good.

I alternated the workouts, hitting the gym at least three times a week, sometimes four. In between all that, I also tried to shoot my bow a couple times a week. I took an introductory lesson at Archer’s Afield and learned where to position my hand (on my cheek, close to my ear), and how to keep my shoulders, arms, and core steady so I could smoothly release my arrow in one fluid, continuous motion. Executing this seemingly simple movement required a much larger percentage of my muscles than I was expecting, and I began to understand why Beth had chosen that particular set of exercises. 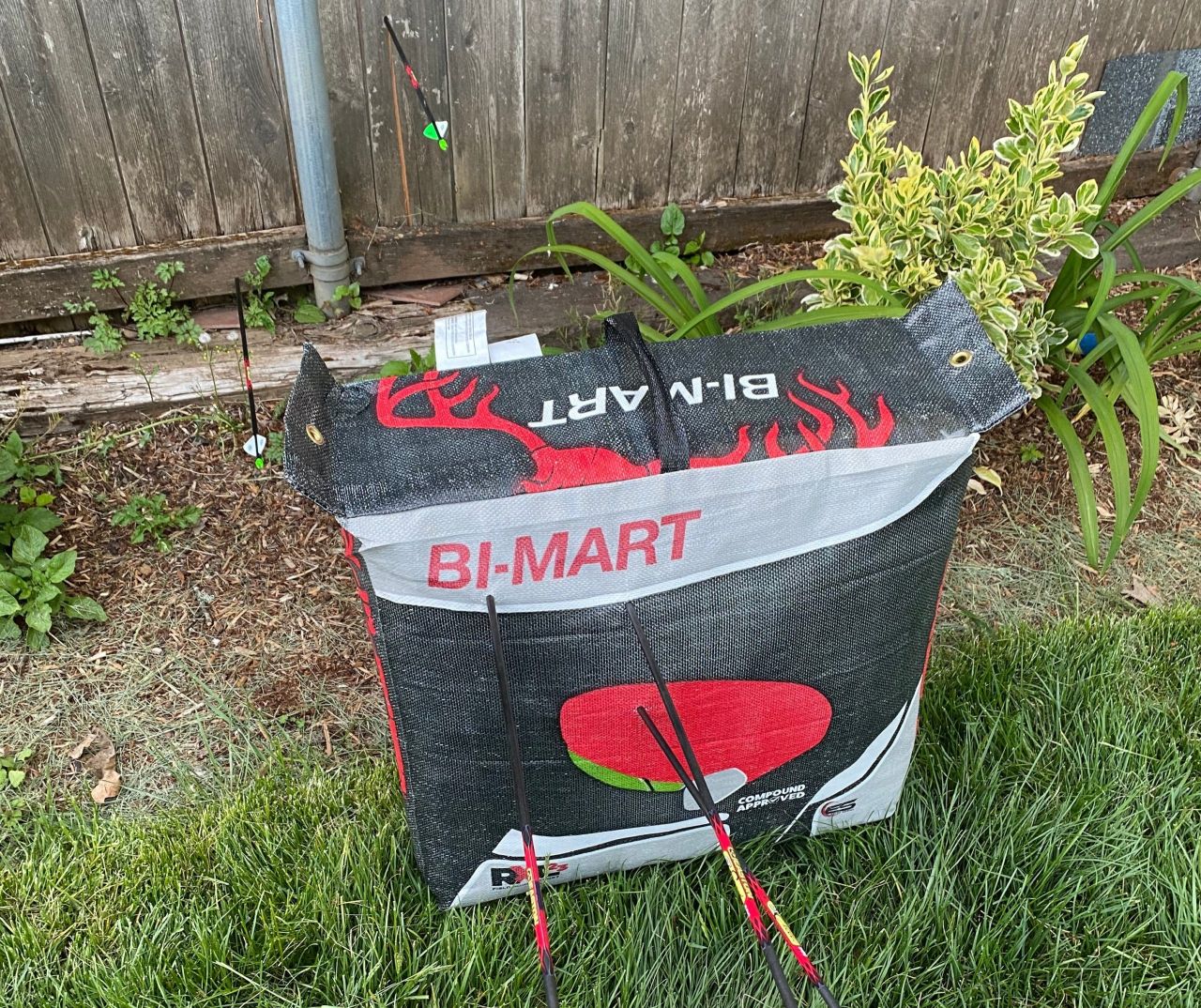 First target practice in my backyard. Please note the arrows in the fence. (This was from 9.14 m away.) (Photo: Claire Lower)

Even with all the strength training, I was surprised by how quickly my arms would tire during target practice. I would start off fairly accurate, but that accuracy would decrease with each arrow. It was frustrating, but I started to see improvement after the first week, and that kept me going back to the purple gym.

I began to feel cautiously confident, though (oddly) self-conscious about increasing weight, especially if I noticed I was adding more weight than a man working out next to me. I eventually got over that once I realised that most people in the gym were also trying not to be seen, and that everyone was comfortable minding their own business. No one was looking at me. 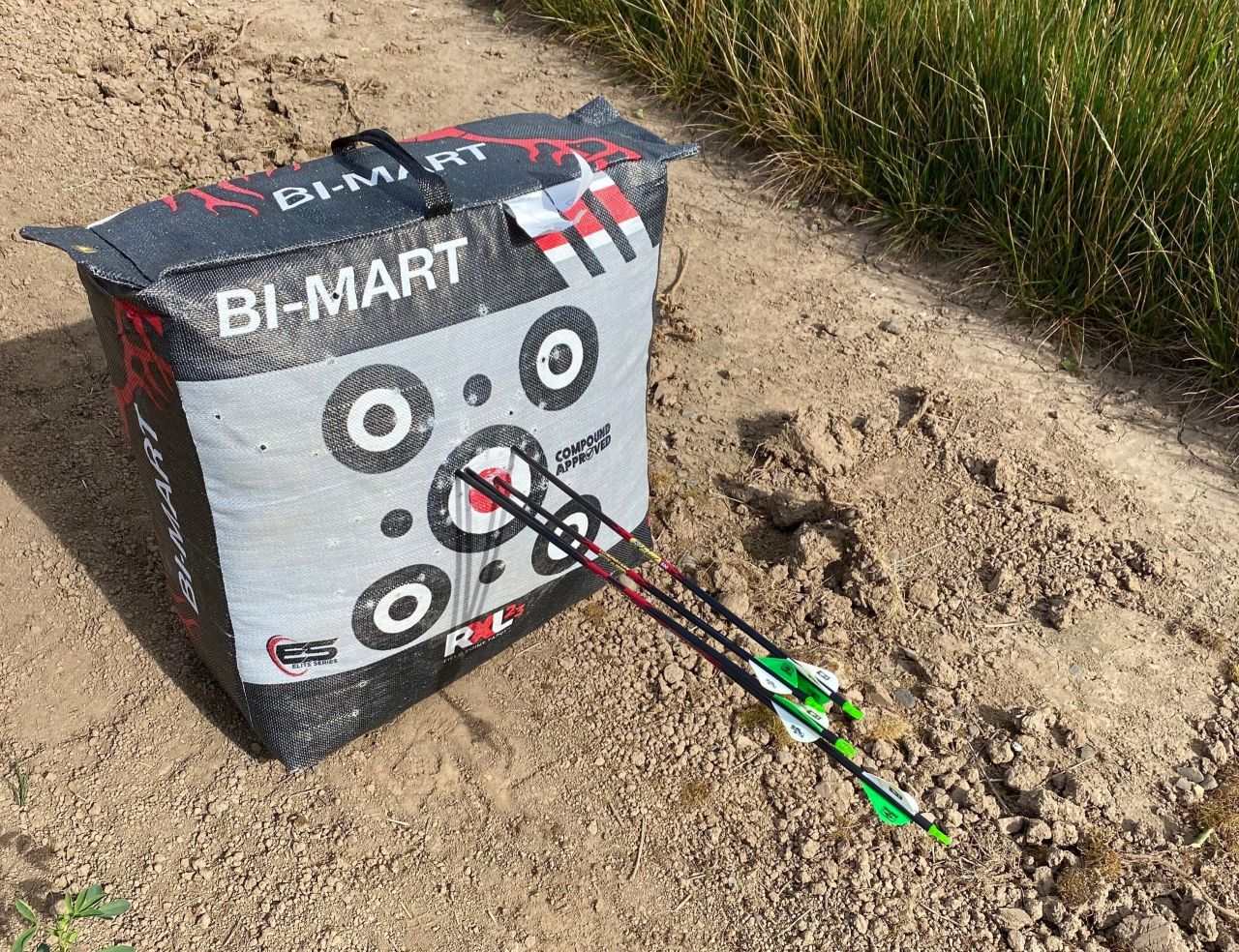 I kept adding weight and noticed that my groupings were getting tighter, even if they weren’t landing exactly where I wanted them to go. I almost didn’t trust it, but having a progress marker that was completely unrelated to the weight and shape of my body was wildly helpful. Years of food writing have (somewhat surprisingly) helped with the body image issues I struggled with in my 20s, but I can still get obsessive and unhealthy if I focus on reductive goals like losing weight or cutting calories rather than additive goals like eating more vegetables, lifting more weight, and shooting more accurately.

I started looking forward to going to the gym, adding weight, and shooting arrows. I was having fun, though it was admittedly more tiring than the other things I do for fun (drink martinis in the hot tub). “Progress” like this is something I haven’t experience many times, and I began to feel hopeful about hitting my 18 kg draw strength goal before elk season began. But more than that, I became cautiously excited that maybe, finally, after three decades, I had found “my thing.”