Opening a can of pumpkin for a recipe that only needs a little usually means putting the remaining amount in the fridge, where it sits until it eventually gets thrown out, spoiled and unused. After all, there are only so many ways you can use pumpkin puree, right? Or so we thought.

As it turns out, though, pumpkin puree is an endlessly versatile ingredient, one that makes a good addition to both sweet and savoury dishes. Sure, you can make pumpkin pie, (and pumpkin scones are always a good idea), but there are so many more uses for that half-empty can than you ever imagined, whether it’s stirring it into your chilli, adding it to your cornbread, using it as a stir-in for your morning yogurt, or even adding it to your peanut butter sandwich.

Whatever your craving of the moment is, whatever your comfort level with cooking is, or whatever amount of time you have, there is a way to use up that leftover canned pumpkin. Here are eight of our favourites:

Mix it into your cornbread 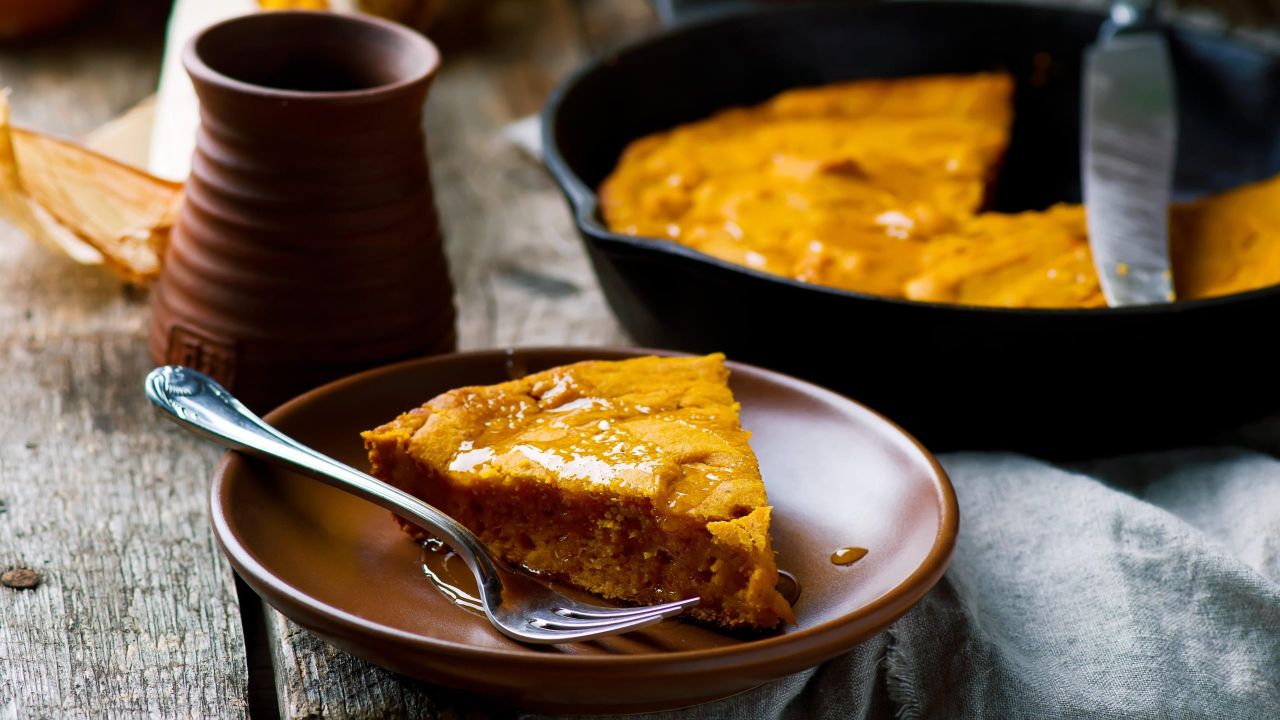 Pumpkin makes a good addition to cornbread. This recipe for pumpkin cornbread from the New York Times, which uses one cup of pumpkin puree, is a good place to start. My one additional suggestion for this recipe is to add in 1 teaspoon of cinnamon and ¼ teaspoon of nutmeg to the dry ingredients, for a bit of extra flavour.

The result is a rich, warm, not-at-all sweet cornbread, with just a hint of pumpkin. I ate mine straight from the oven, slathered with salted butter, after which I ate another slice along with a bowl of chilli.

An easier option, if you don’t want to make cornbread from scratch, is to use a mix. For example, you can use two boxes of cornbread mix, adding in 1/3 cup milk, 1/3 cup pumpkin puree, 2 eggs, and spices to taste. And if you want, add in that combination of 1 teaspoon of cinnamon and ¼ teaspoon of nutmeg I suggested above.

Stir it into your yogurt 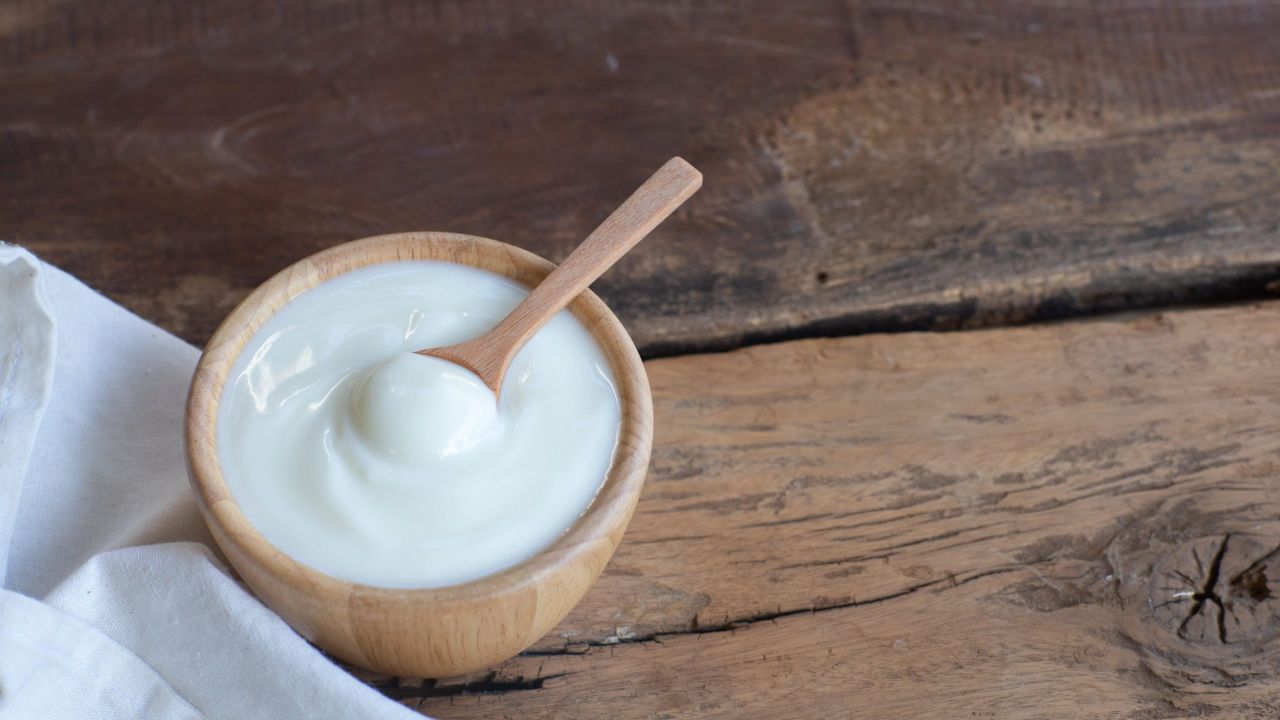 This ended up being one of my favourite options, both for the simplicity, as well as for the taste, which reminded me of a lighter version of pumpkin pie filling. I enjoy the taste of pumpkin pie, but sometimes the filling can be too dense and gelatinous for me.

To make this, add canned pumpkin to either plain or vanilla yogurt, at a ratio of about 1 cup yogurt to 1/3 cup puree. For plain yogurt, you’ll want to add a sweetener of your choice, too, such as honey or maple syrup, to fit your preferences.

For additional flavour, stir in about ½ teaspoon of pumpkin spice blend (more if you like a stronger spice), and then add any toppings you’d like, such as chopped pecans or granola.

Add it to your oatmeal 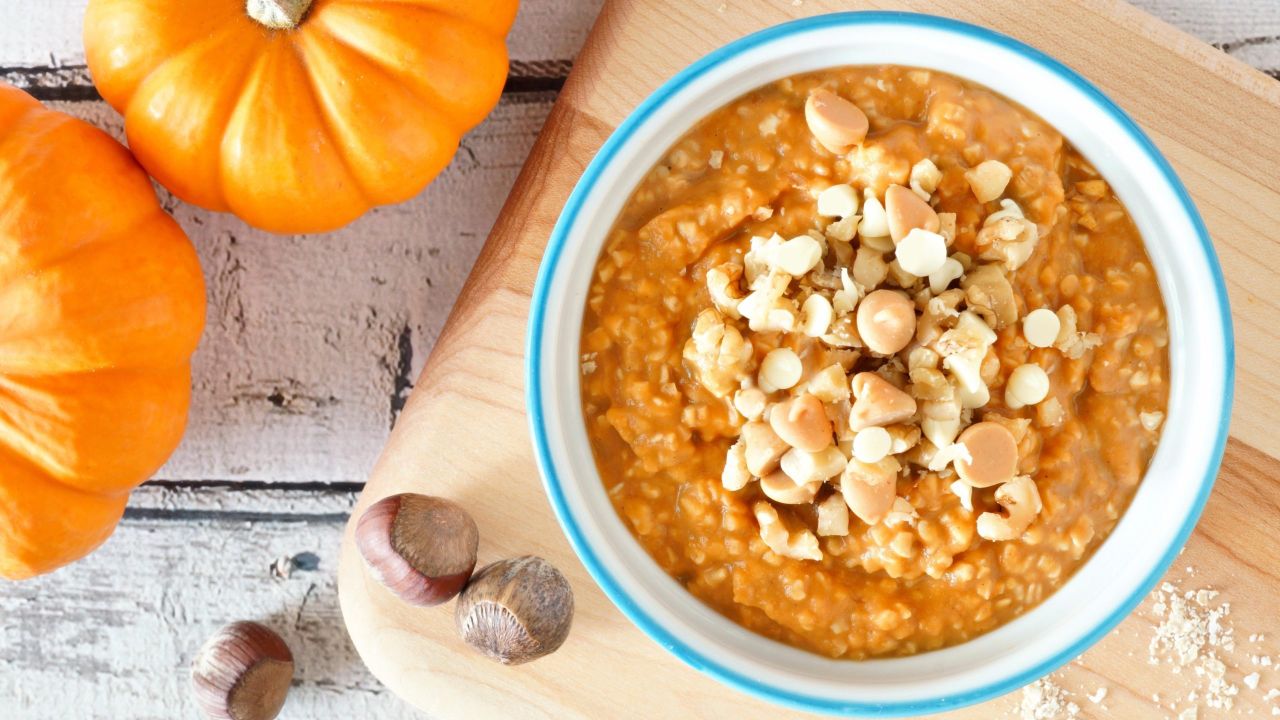 Canned pumpkin makes for a nice addition to your morning bowl of oatmeal, too. You’ll want to stir about ¼-½ cup of pumpkin puree into two cups of hot, cooked oatmeal, adding in milk, sweetener, and spices to fit your preferences. You can also add in some pumpkin puree to your overnight oats, if that’s your jam. 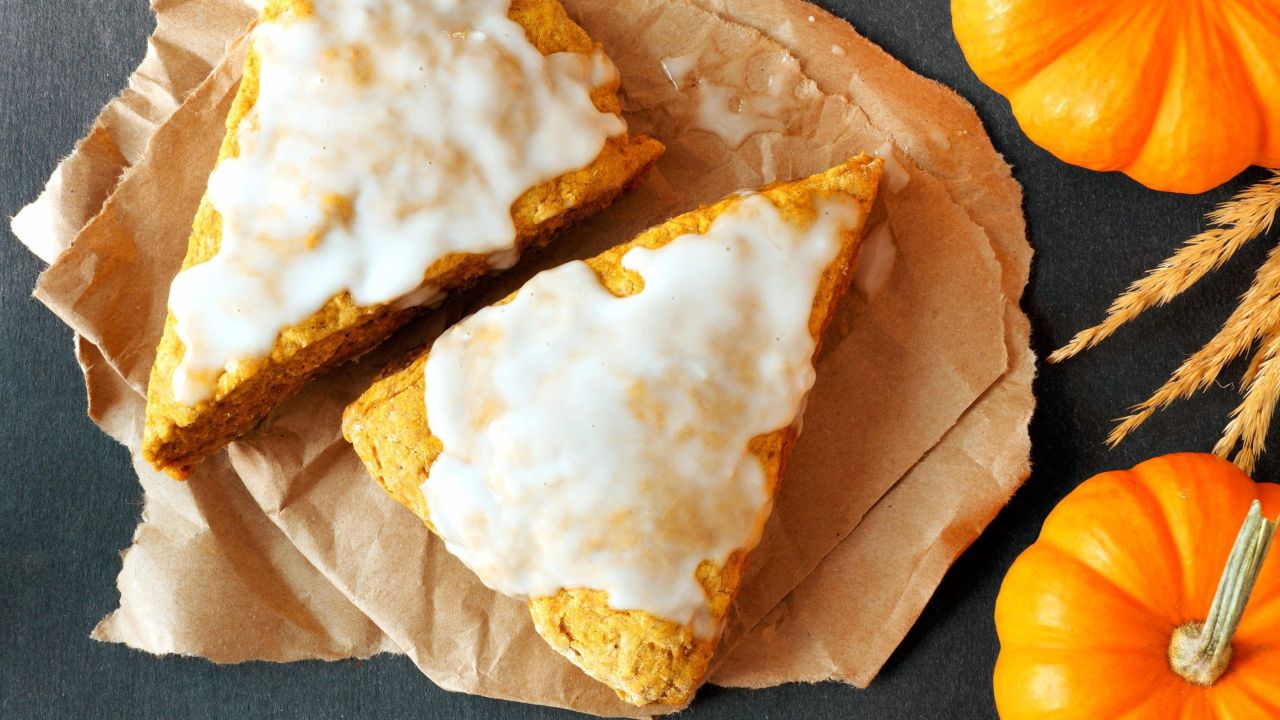 As I’ve discussed in the past, pumpkin scones are the perfect pumpkin spice food. Lightly sweet, with just a hint of pumpkin flavour, and drizzled with two types of glazes (two glazes are better than one), they pair perfectly with a cup of hot coffee.

There are a number of recipes out there for homemade pumpkin scones. The one I recommend is this recipe from Damn Delicious, which makes eight scones and uses ½ cup of pumpkin puree. There are no complicated ingredients, just flour, butter, baking powder, baking soda, salt, spices, and pumpkin puree for the scone, and confectioner’s sugar, milk or cream, and a dash of spices for the glaze. My one suggestion is to add in a little extra pumpkin puree to the spiced glaze.

Stir it into your chilli 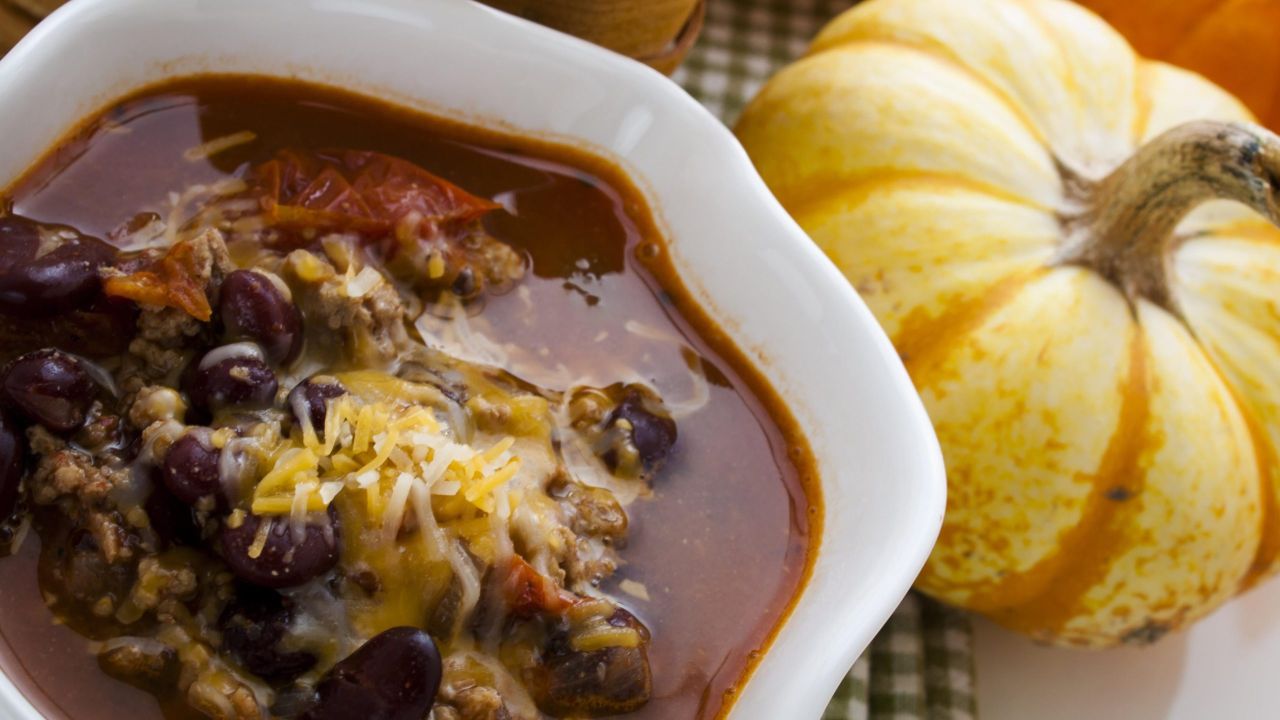 Pumpkin makes a good addition to chilli, one that you will barely notice, other than a slightly richer, earthier taste. When it comes to specific chilli recipes, yours is likely to be a deeply personal preference. (As someone who lives in Texas but prefers vegetarian chilli with beans, I am always at risk of being permanently exiled from the state, so no, I’m not about to make any grand pronouncement about the Right Way To Make Chilli.) I simply suggest stirring in a bit of leftover pumpkin puree — however much you have is fine — to your pot of chilli of choice.

For my vegetarian pumpkin chilli, I use kidney beans; crushed, canned tomatoes; a healthy amount of garlic, onion, and cumin; enough red chilli powder to make my eyes water; a teaspoon of cinnamon, a dash of nutmeg, and half a can of pumpkin puree. The result was rich and satisfying — especially when I paired a bowl of it with a slice of pumpkin cornbread.

(If you do add pumpkin to your chilli, I also suggest also adding in a little nutmeg and cinnamon, as a complementary flavour.) 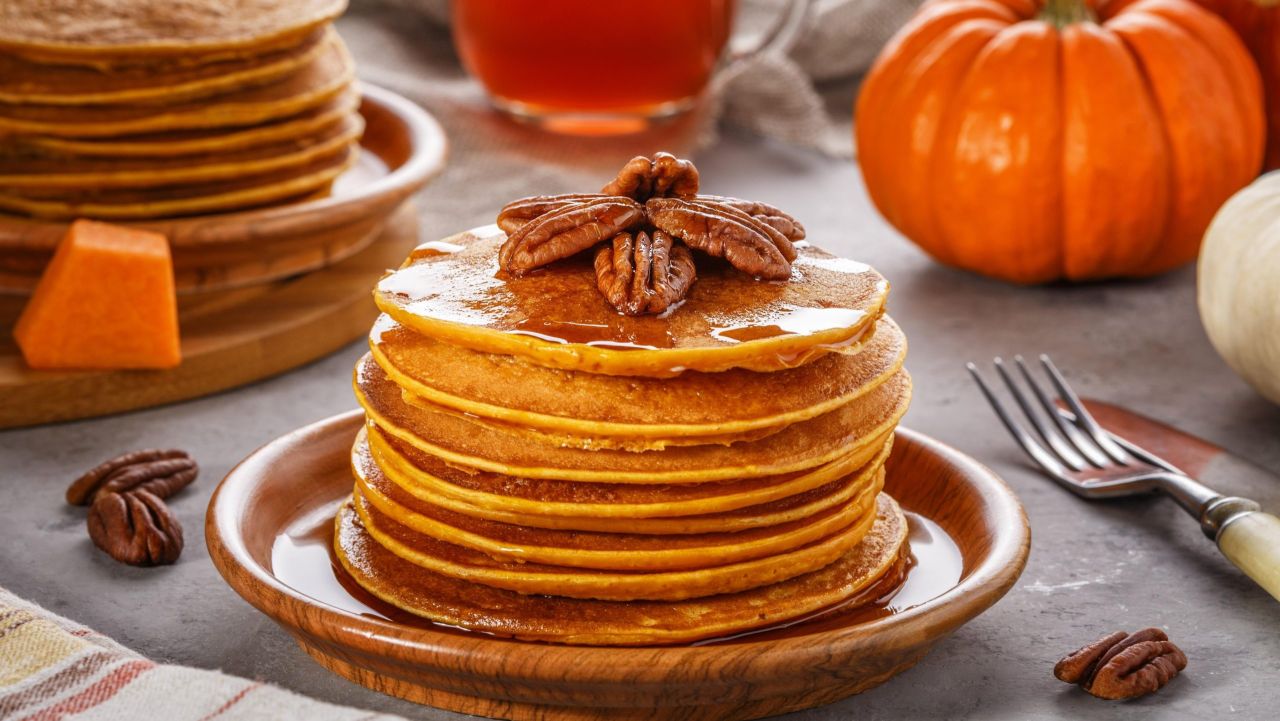 This recipe came courtesy of the culinary team at HelloFresh. One batch calls for one cup of pumpkin puree, and makes about six large pancakes. The taste is lightly spiced, with a just-right amount of pumpkin.

If you want to use a mix, I recommend using 1 ½ cups of pancake mix, to which you’ll add 1 cup milk, 1 cup pumpkin puree, 2 teaspoons pumpkin spice blend, 1 teaspoon vanilla extract, and 2 eggs.

In a separate bowl, whisk together milk, canned pumpkin, and vanilla extract. Then, whisk in eggs one at a time.

Melt butter in a large nonstick skillet over medium heat. Once hot, reduce heat and ladle pancake batter onto skillet. Cook until bubbles start to form, 3-4 minutes. Flip and cook until other side is golden, another 2-3 minutes.

Add it to your smoothie and/or protein shake 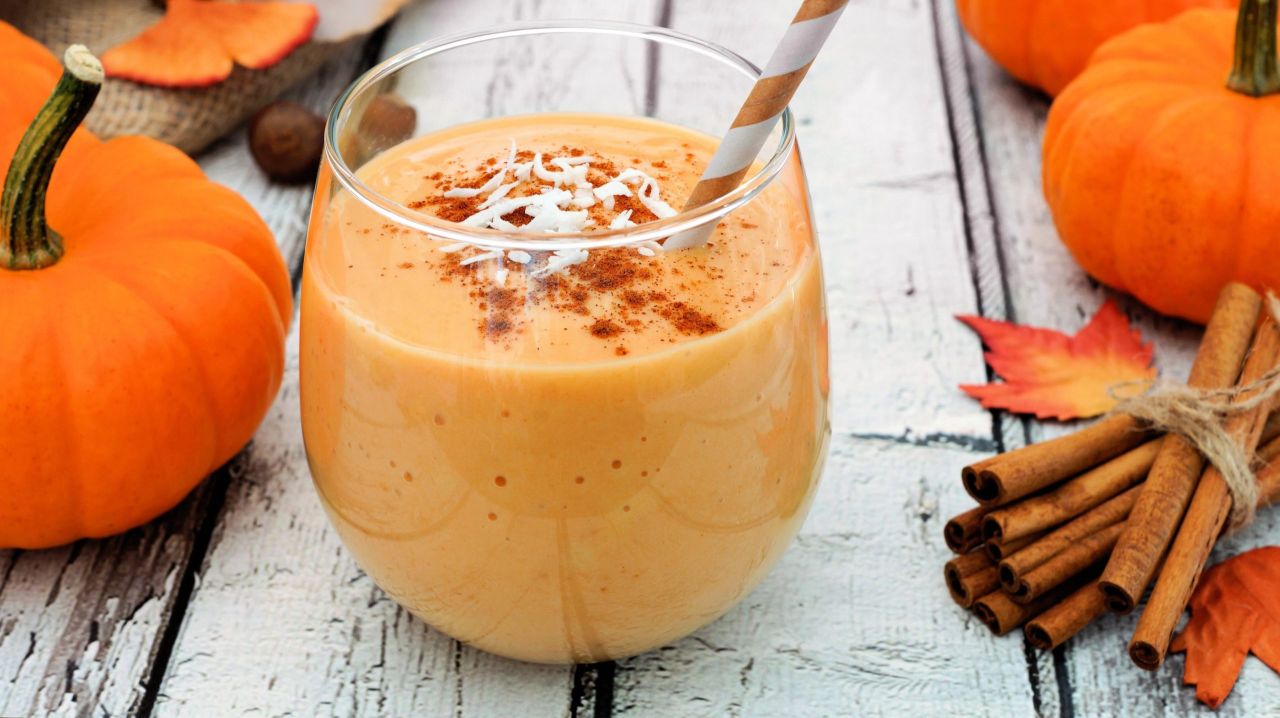 Pumpkin puree makes for a good mix-in for your smoothie or protein shake. When I tried this, I mixed together 1 ½ cups almond milk, one scoop vanilla protein powder, two frozen bananas, and ½ cup pumpkin puree and ½ teaspoon pumpkin pie spice.

This made enough protein shake for two normal people or, in my case, one very hungry person who had just worked out. The result tasted strongly of banana, with a hint of pumpkin, enough to know it was there, but not enough to get that overly-strong flavour you can get sometimes with puree.

Generally speaking, if you want to add in some pumpkin to your smoothie or protein shake, go for the lighter complementary flavours to let the pumpkin shine through. Some good add-ins are banana, vanilla yogurt, and different types of alt-milk, such as almond or coconut. Banana is a strong flavour, so if you don’t want to go that flavour route, lean on the vanilla flavours, along with the pumpkin spices. I’ve also seen suggestions to add in some ground ginger and molasses to for a gingerbread flavour. 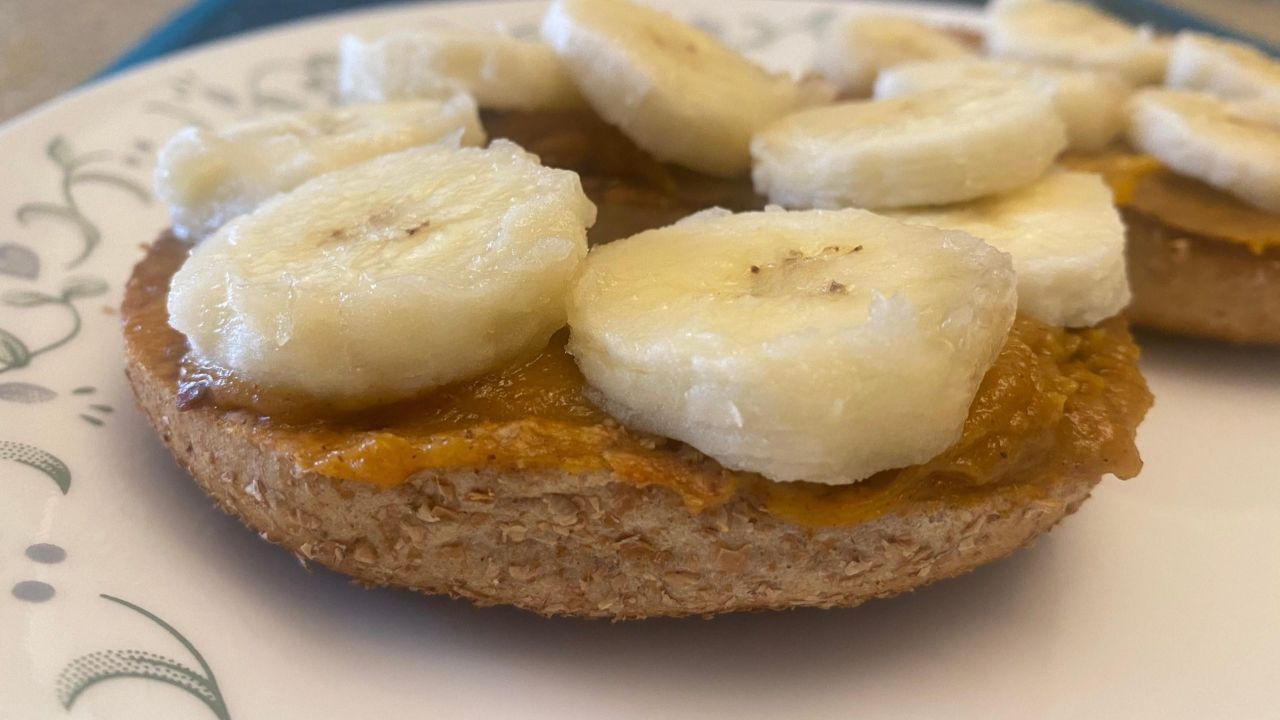 To make this sandwich, mix equal parts of natural creamy peanut butter with pumpkin puree, then add in honey and pumpkin pie spice to taste. This is especially good on toasted bread, with sliced banana on top.