How to Test Drive Windows 11 Without Installing Anything

You can now demo Windows 11 from your internet browser, thanks to a new webpage created by a resourceful developer known as “Blue Edge.”

The webpage lets anyone see Windows 11 firsthand, even if your PC doesn’t meet the OS’s strict hardware requirements, and without having to install an unfinished beta version of Windows 11 on your PC. I tried it out in Chrome and Edge and it worked just fine, so it should be accessible in just about any browser.

Now, to be clear, this isn’t a fully functional recreation of Windows 11, nor is it a remote desktop running the OS. The webpage is really just a (very convincing) simulation of the real thing — albeit with limited interaction. For instance, you can open the Start menu, search widget, Edge browser, and Windows Store, but these are merely convincing mockups with a few interactive sections to sell the effect. The taskbar icons in the lower right also respond accurately to your system’s time, date, battery, and internet connection status, but hovering over an icon or shortcut won’t display the tooltip text that would normally appear in Windows 11. 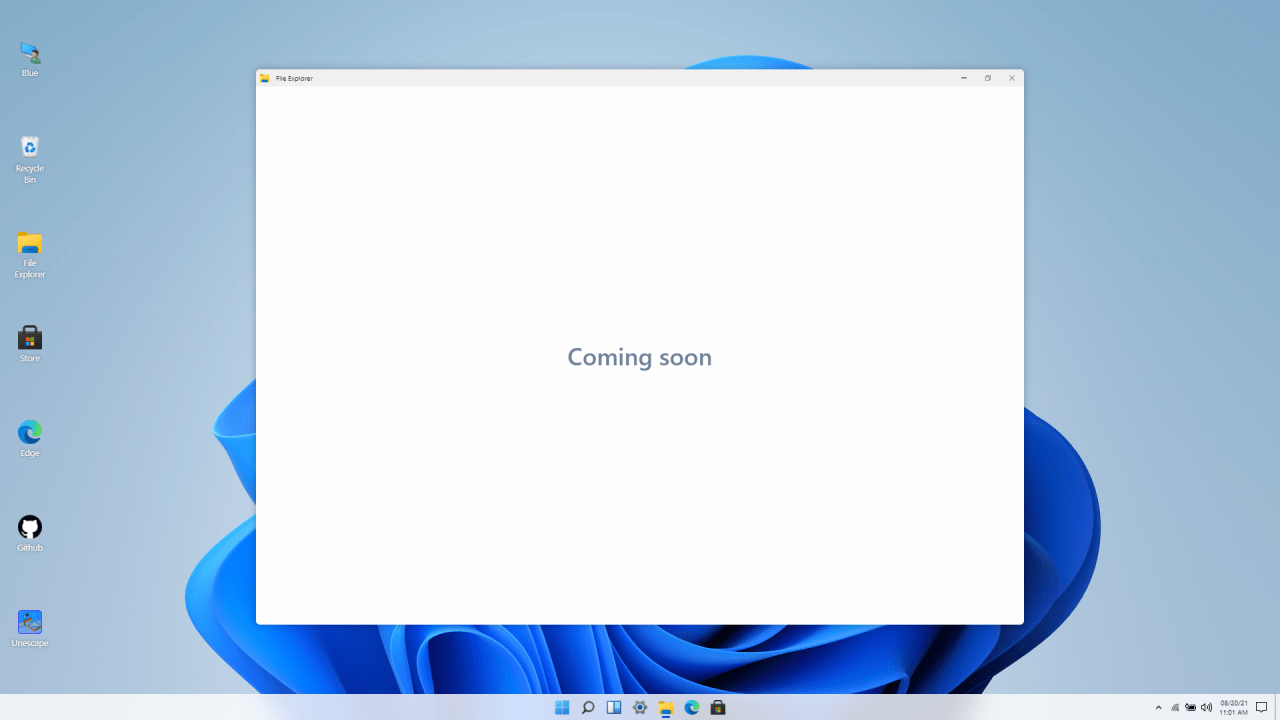 Outside of those few mockups, however, most of the page is a purely visual representation of the default Windows 11 desktop.

The Notification Centre and News widgets are static images rather than interactive elements, and nothing happens when you click the Recycle Bin or Settings menu icons, or if your try to show the hidden taskbar icons. The same goes for most of the “apps” in the Start Menu. A few will open new pages to Blue Edge’s social media profiles, however, and the Github icon opens the Win 11 in React project page for those who want to learn more about it.

Still, the Win 11 in React page is a mostly accurate representation of how Windows 11 looks and behaves, and anyone curious about the next version of Windows should give it a shot. It’s not the comprehensive Windows 11 experience, but it’s a whole lot easier than upgrading your PC to install an unfinished beta version.