When you’re trying to listen to audio using your MacBook — whether you’re playing Spotify while working or editing a video project — chances are good you don’t want the constant interruption of loud notification sounds from your messaging apps. Unfortunately, unlike Windows, macOS doesn’t have a built-in utility to allow you to control the alert volume for individual apps.

If you want to set the volume for Messages or Slack at 20% and Music at 60%, you’re going to have to rely on third-party apps to get the job done. We found two great ones. 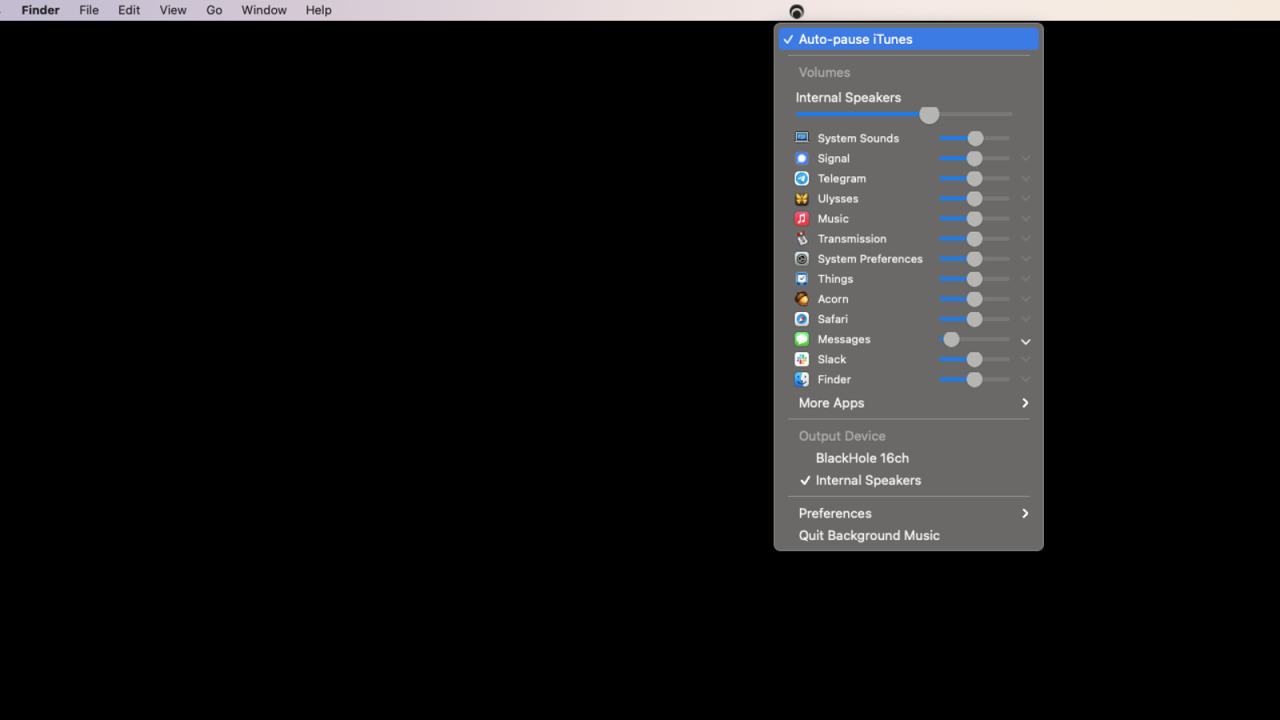 BackgroundMusic is a free macOS app that lets you assign different volume levels for each app. (Screenshot: Pranay Parab)

BackgroundMusic is a free app that lets you set different volume levels for each app running on macOS. It puts an icon in the menu bar that, when clicked, displays the volume levels for various apps that can easily be adjusted using a slider.

While BackgroundMusic works fine, its UI isn’t the best, particularly on smaller screens. Not everyone has a 27″ iMac, and those of us with 13″ MacBooks will find it a bit cramped. One issue is that the app displays more than it needs to — I can see 13 apps in my computer’s list, including some image editing and writing apps that don’t send notifications or play audio. The ability to pin favourite apps is sorely missed here, and if you click the More Apps option, you’ll be scrolling through an insanely long list to find the app you need.

Having said that, BackgroundMusic is free, making it easier to live with these minor annoyances. You can download BackgroundMusic on GitHub (Big Sur compatible version and older versions are available separately).

SoundSource: The best app for advanced audio controls on Mac 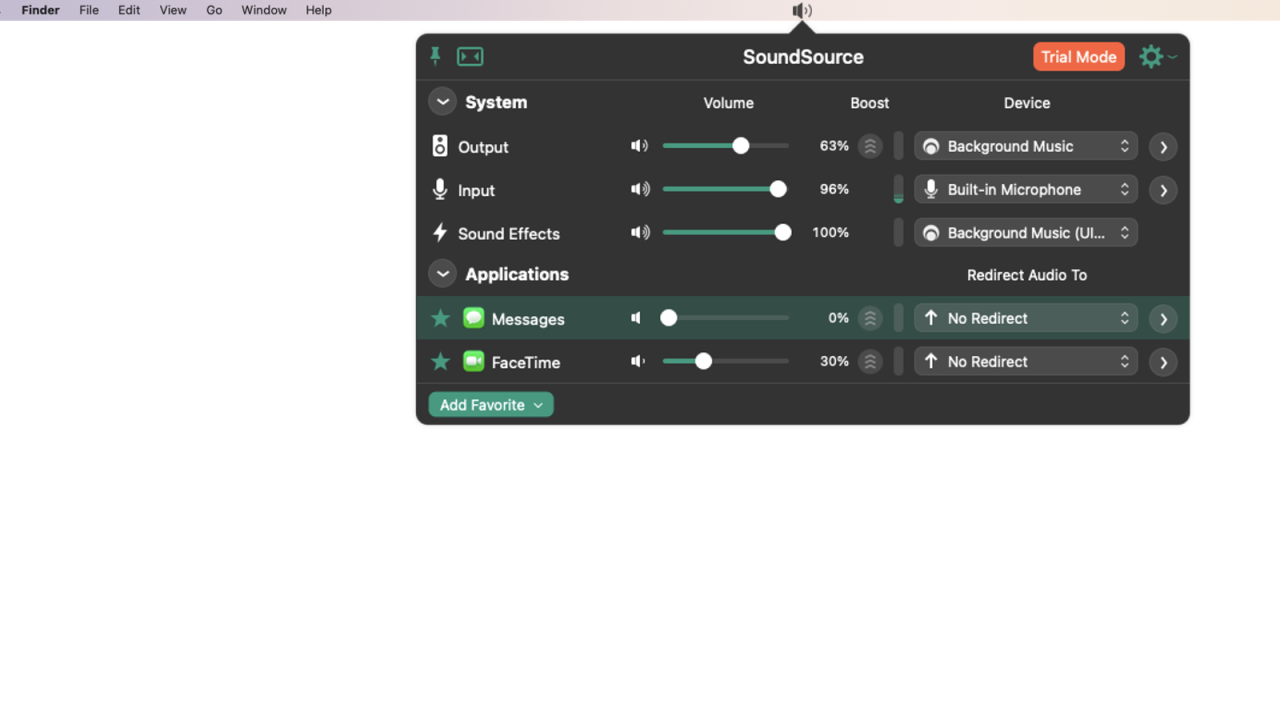 SoundSource lets you assign different volume levels for each Mac app, and it lets you redirect audio to different devices too. (Screenshot: Pranay Parab)

Rogue Amoeba is among the best in the business when it comes to making audio apps for macOS, and SoundSource is one of its standout apps. Not only does it allow you to control the volume levels for each app, but it also lets you redirect sound from each app to various devices. You can ask the app to play sounds from Music or Spotify via your headphones only, while routing Zoom audio to your Mac’s built-in speakers by default. You can tweak these options to your heart’s content, and even pin frequently used apps to the top of the list.

SoundSource also has other advanced features, including the ability to add sound effects or apply equaliser settings on an app-by-app basis. The free version allows you to try all of its features for 20 minutes every time you launch SoundSource, after which point the resulting audio quality will be “degraded” (that’s how the app developer puts it, anyway). If you like what it does well enough to pony up some cash, you can purchase the full app for $US39 ($53).