Google’s RCS Chat text messaging protocol is quickly replacing the outdated SMS messages we’ve been stuck with for decades. RCS enables tons of user-friendly features on Android, like read receipts, real-time notifications when the other person is typing, and end-to-end encryption. Y’know, the stuff iMessage and WhatsApp users have had for years.

RCS also apparently makes it easier for companies to advertise to Android users, since businesses can be “verified,” which grants them a number of privileges, including the ability to send massive blasts of RCS message ads.

According to Android Police, such ads are appearing more frequently in Google Messages and Samsung Messages, the default messaging apps for most Android phones in circulation. So far, the ads only appear for select users and only in certain regions, but it’s likely only a matter of time before more companies start using RCS messages — after that, ads will be a regular part of Google Messages and Samsung Messages for everyone.

Thankfully, there are a few ways to keep annoying ads from cluttering up your Android messaging apps.

In some instances, you can unsubscribe from the business’s ads after receiving them. The option should appear within the conversation itself. If you don’t see the option to unsubscribe, you can also block a business in the contacts menu on Google Messages. 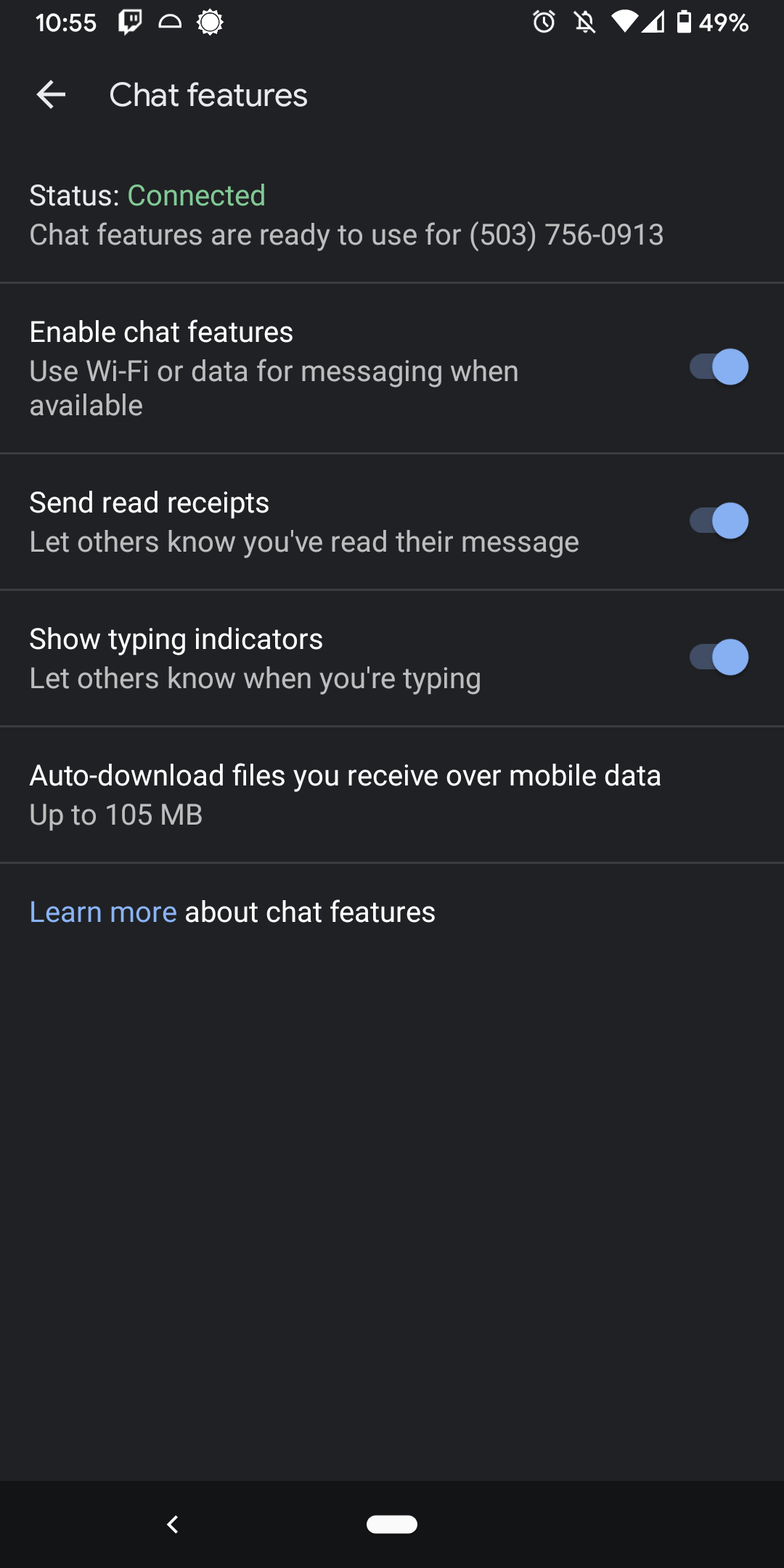 Blocking ads and spam requires you to actually receive and interact with the unwanted messages, but there’s a way Google Message users can stop them from showing up in the first place: Disable RCS.

This will turn off RCS-dependant features like read-receipts, the real-time typing indicator, and heightened message security from end-to-end encryption too, but it’s (currently) the only way to prevent RCS-based ads.

And don’t worry — Google Messages will still work even with RCS disabled. The app automatically swaps everything over to SMS texts instead (note that businesses can still send you SMS message ads even with your device’s RCS features turned off).

Method 3: Use a different app

Another option is to switch to a different default messaging app altogether. Some apps, like WhatsApp, Messenger, and Signal even include RCS-like features and other capabilities that go beyond what most stock Android text message apps can do. Other solid choices include SMS Organiser, Telegram, Viber, and GroupMe.

While many of these apps have problems of their own — including spam, scummy privacy policies, and security issues — at the very least it could help you avoid the RCS spam creeping into Google Messages and Samsung Messages.