8 Types of Toys Lifehacker Readers Have Banned From Their Homes

It’s already hard enough for parents to find toys that will stir their child’s imagination — in a positive way. Walking down the toy aisle of your favourite store is a minefield of warning labels, messy goop that is certain to ruin your carpet, and packaging that reinforces gender stereotypes.

A while back, we shared the story of a frustrating trip to Target that included small parts, NERF guns, and slime. We also asked Lifehacker readers what toys were on their “Do Not Buy” list: “problematic” playthings that might cause physical or psychological harm (or that you just don’t want to deal with).

Frustration permeated the comments section and our Offspring Facebook parenting group over permanently stained walls and noisemakers inexplicably going off in the middle of the night. Thank you for sharing your stories. We compiled some of the best responses here, but you can continue to add your own in the comments. 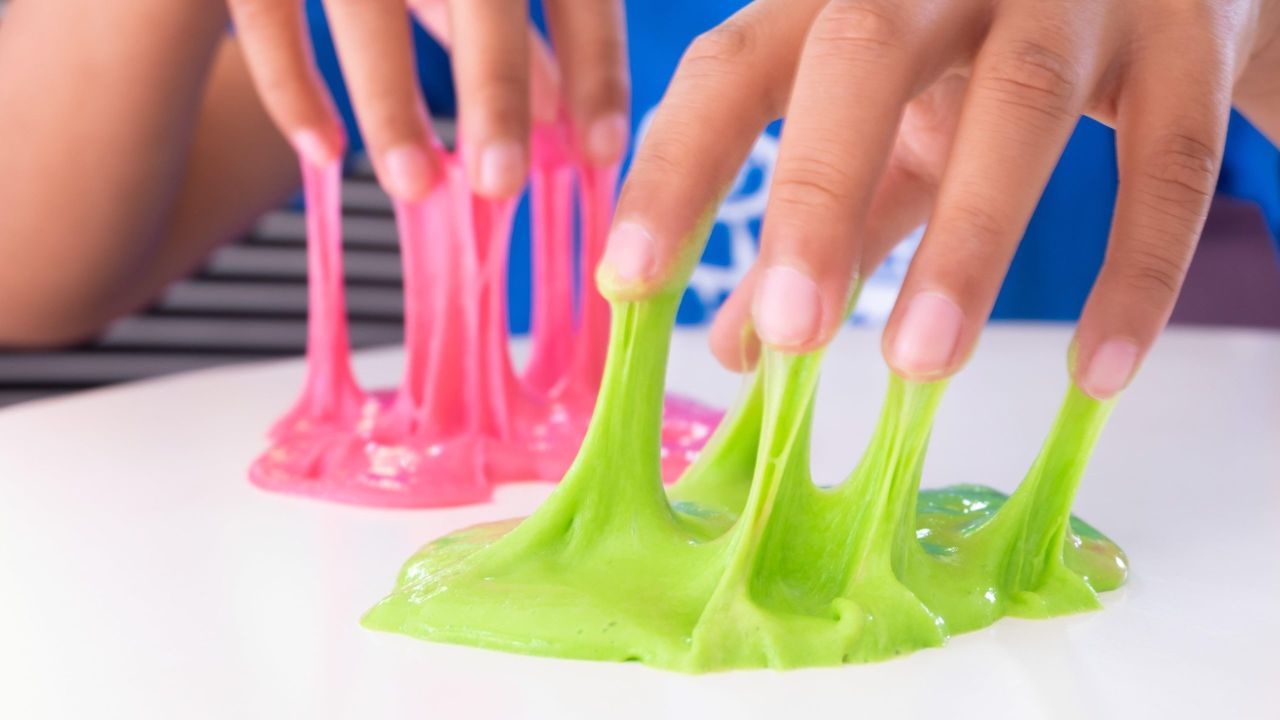 Much like the monster from The Blob, the colourful sticky mixture is inescapable in many of our readers’ homes. We read horror stories of finding the goop seemingly everywhere.

Kinja user “My dog is cuter than yours” had some strong words about the stuff:

I hate slime. Kids seem to get it as party favours, make it in arts and crafts, come free with another toy, etc. No matter where it’s from, it goes straight to the trash. We have ruined clothes, couch cushions, and sheets so far, so it is outlawed from the house forever. I don’t even trust it to be an outside toy because it ends up all over their clothes and never comes off. I wish everyone would stop giving out slime. 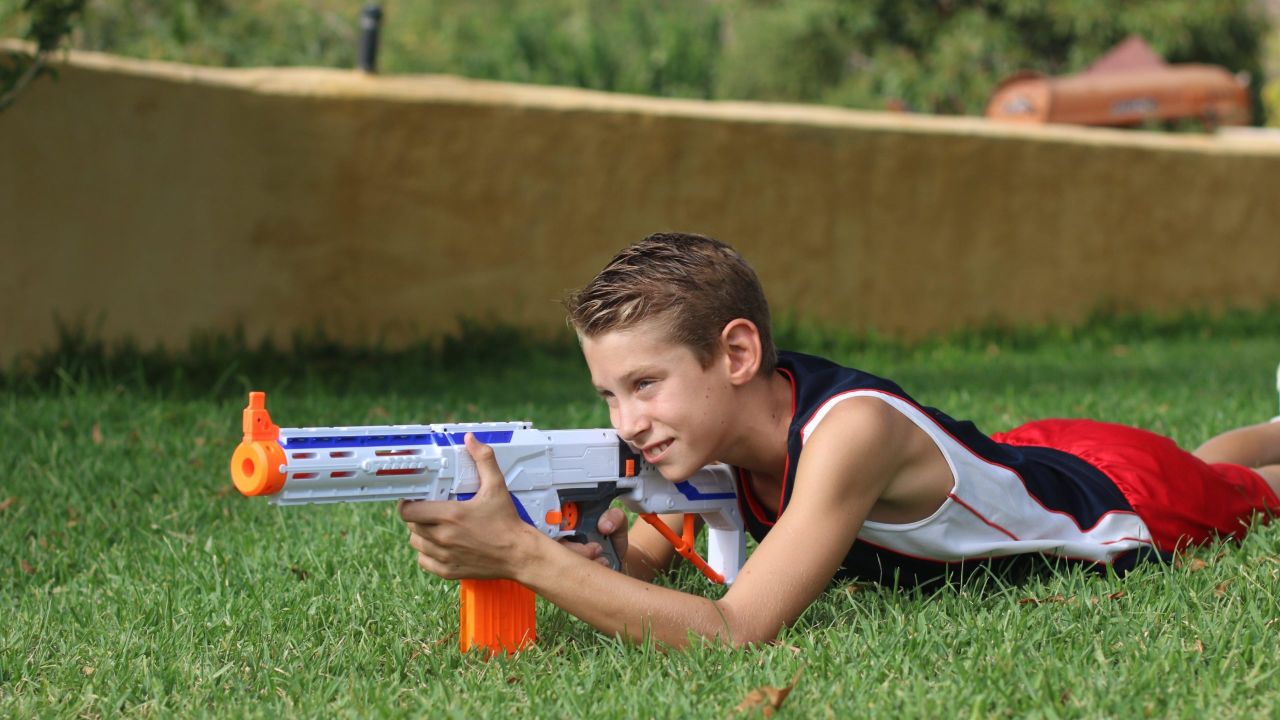 Toy guns are … controversial, probably because all toy guys are not created equal. Some are very obviously toys, and some are less so. Some make noise or light up, others shoot actual objects at you (a NERF dart at close range hurts, OK?). But many parents, including Kinja user bethwcnc, have banned them entirely because of the type of behaviour it can encourage in kids:

Toy guns, because I’ve seen how their older cousins go from nice kids to hyper aggressive mini-Rambos and immediately start bullying. They waste a clip of darts within an hour and need another [expensive] refill. Plus once the toy guns enter the house, they stop wanting to do anything else except reenact gangland violence and try to cuss. 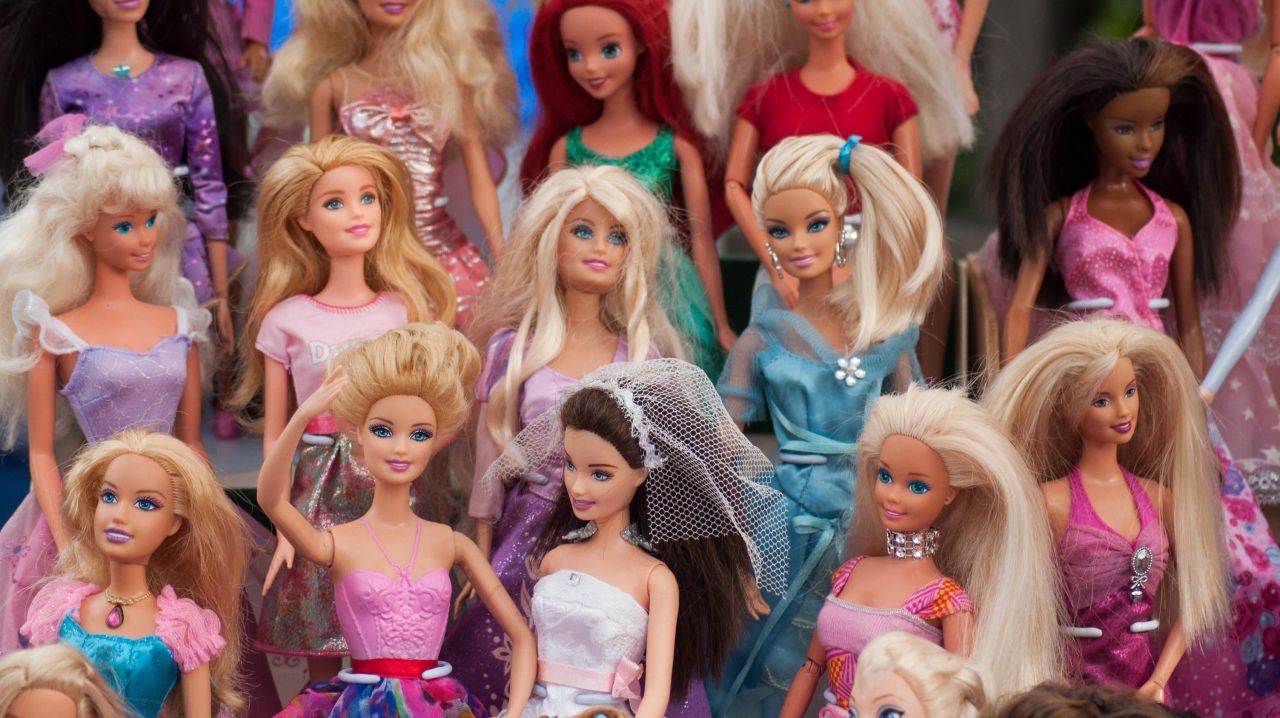 According to this 2019 report by NPR, toys are even more gender-divided than they were five decades ago. And while the look of Barbie dolls and similar toys has changed with the times, several commenters said they didn’t have a place in their child’s playroom.

Kinja user “Claire Reyes is in the greys”:

My late partner and his daughter and granddaughter wereare native. When we had custody of the grandkiddy, she got no blonde Barbies from me. (I was the designated shopper.) Any and all dolls she got were red or brown. I remember one Native American Barbie that I hated to give her — I wanted to put it up high so it wouldn’t get mussed, but hell — it was hers to do with as she liked.

With two kids on the trans/non-binary spectrum, I wish we had banned toys with genders or that enforce to binary…but you don’t know what you don’t know, I guess. We did ban anthropomorphic animals for a variety of reasons, and I think my kids are better for it.

The Elf on the Shelf 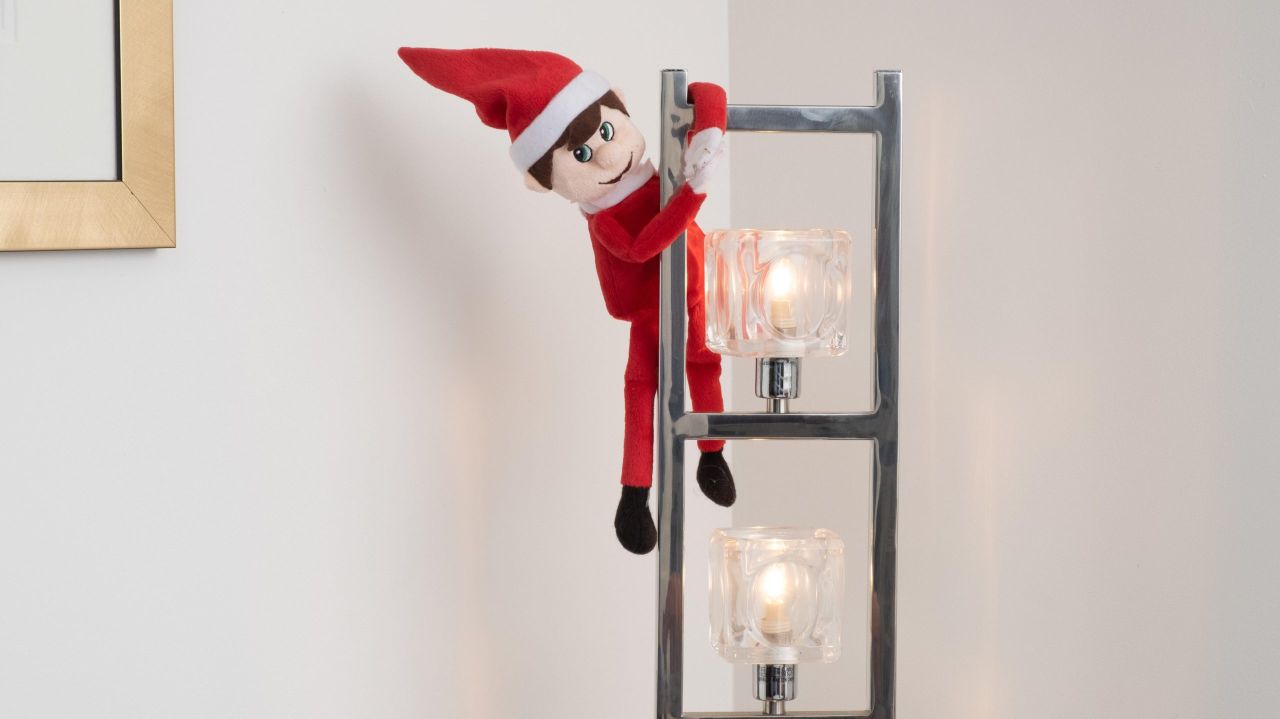 The popular Christmas book explaining how Santa knows who’s naughty or nice has become a tradition for parents who want to have a little fun with their kids before the presents are deposited under the tree.

We’re just not about to go down that rabbit hole of moving the thing each night, naming it, coming up with a backstory, etc. Plus, kids get enough of “Be good, Santa’s watching.” An additional reminder to be good just because you’re being watched is too much.

Other family members with kids go through the rigmarole of even putting little footprints in flour on the counter: “Oh look! Summer the Elf was baking last night!” You’ve got to be kidding me.

Toys that are loud AF 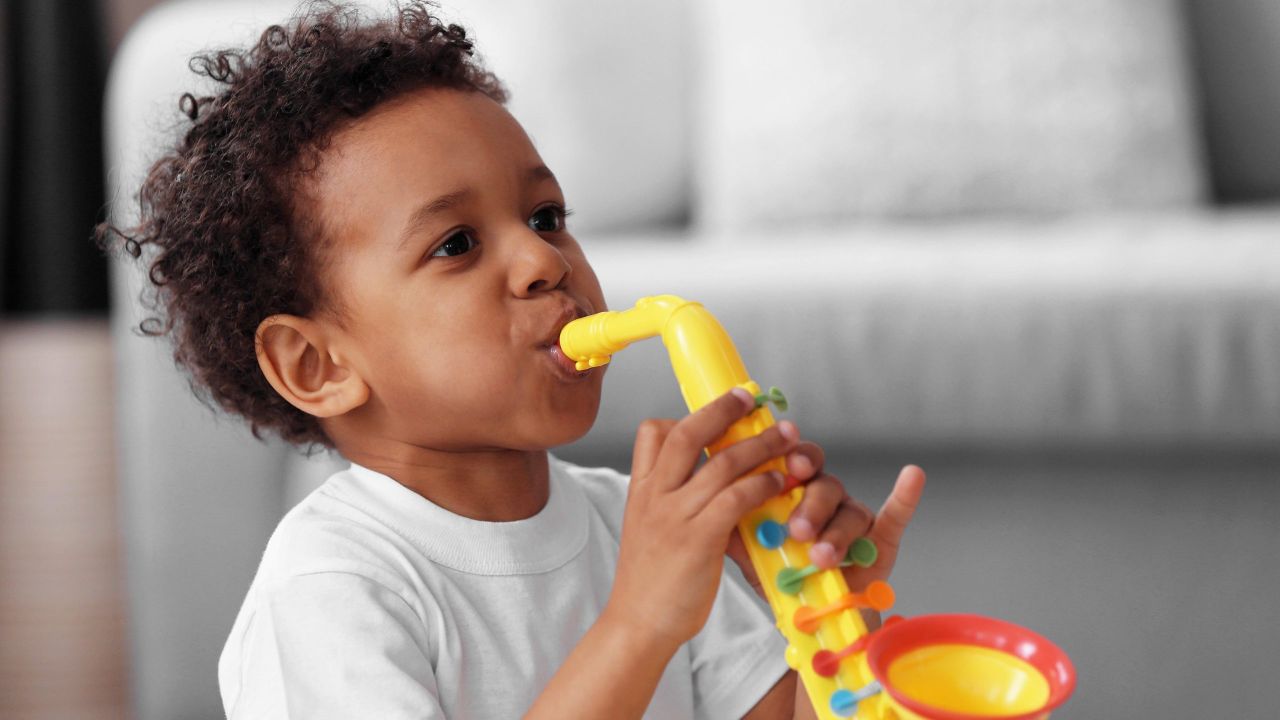 We’ve done several stories on noisy toys over the years, but despite our best efforts, loud plastic playthings continue to permeate the silence. Here’s what our readers had to say when they weren’t covering their ears:

Anything by VTech. It makes too much noise and has anxiety issues. Leave it for 10 minutes, and it will make noise to remind your toddler that it exists.

Noisemaker toys are definitely discouraged when birthdays come around. And when the batteries die, I don’t replace them. I tell people to buy books because they enjoy reading or being read to and they have enough toys they don’t play with anymore.

Play-Doh and other messy art supplies 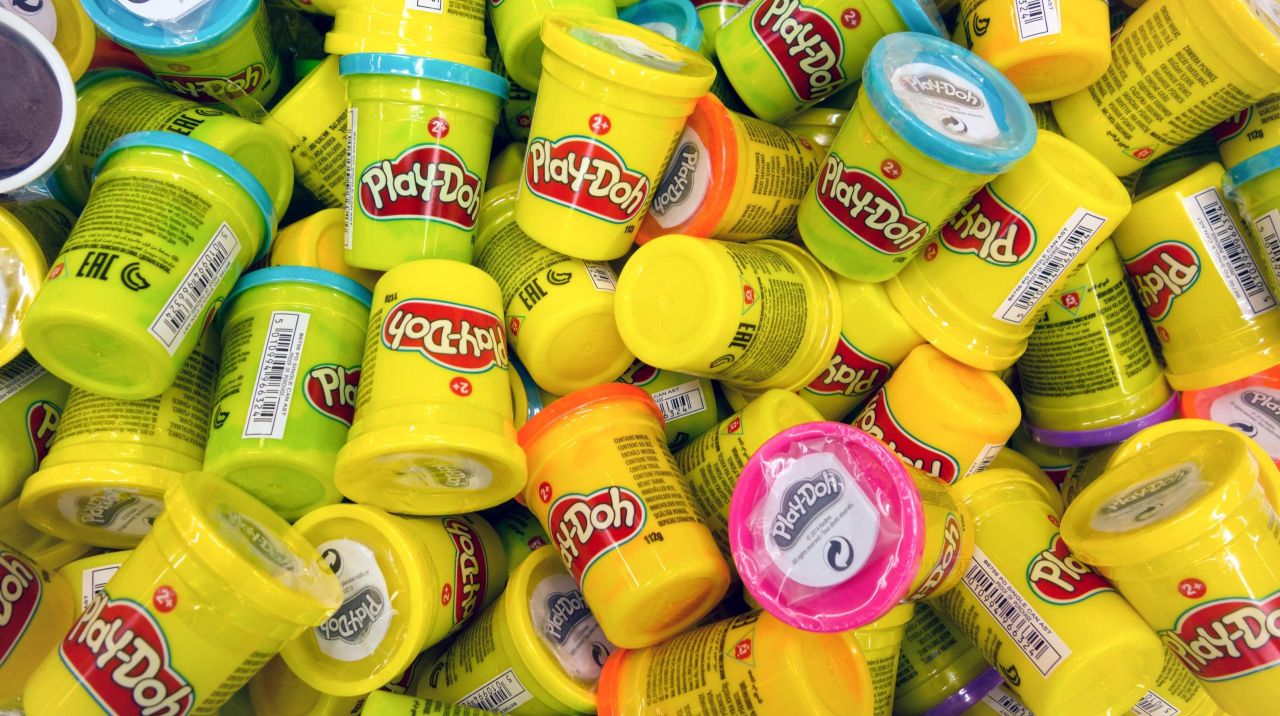 We were a little surprised when we saw these childhood staples in the comments. But when we read why, it made us wonder why they weren’t banned sooner.

Judge me if you must, but God dang markers (‘scuse my language). Crayons and markers always end up on evvvverything but the colouring pages, LOL. At least crayons aren’t too hard to remove. I try to watch my toddlers when they’re colouring, but things happen, and the next thing I know, my stairs are vibrant new hues.

I don’t buy her Play-Doh anymore because tiny pieces of it get everywhere and are impossible to clean out of fabric once it dries.

Glitter was mentioned a dozen times, too, and amen to that. 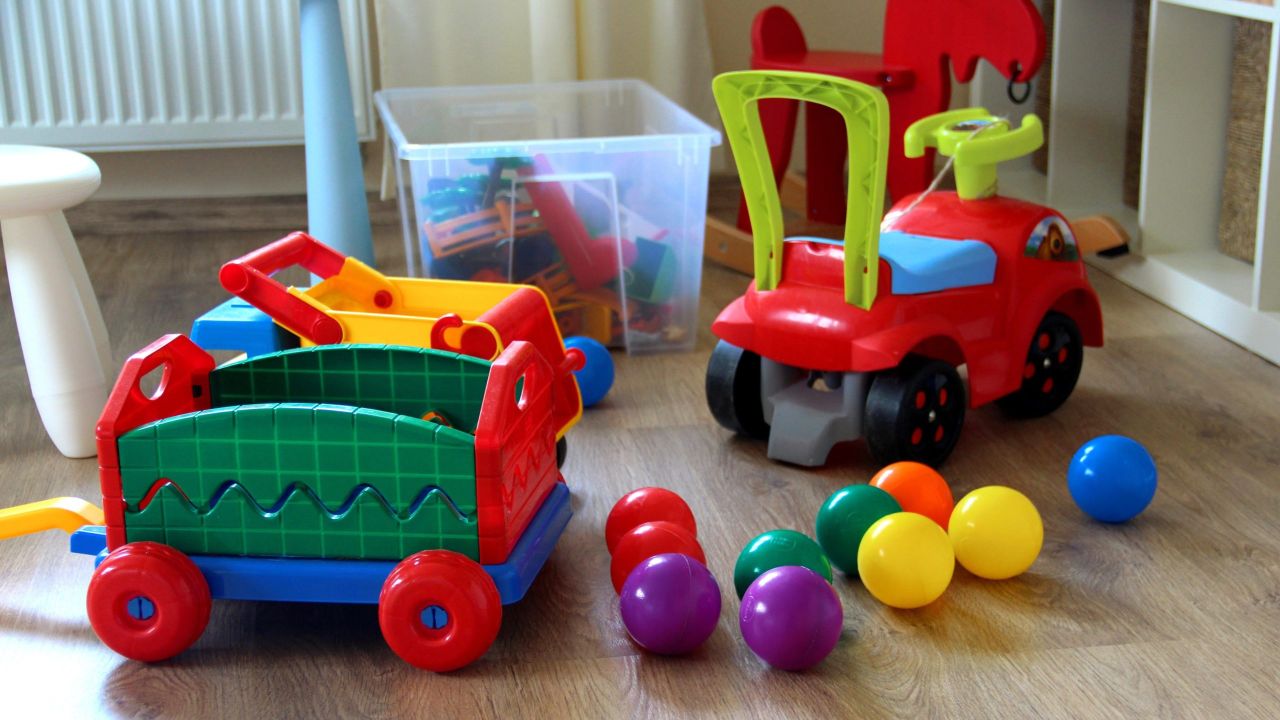 As every parent knows, when the toy years hit, it is easy to find one’s self surrounded by a sea of colourful plastic. So much plastic that is used for all-too-brief a time and then sold, donated, or discarded to another plastic-laden household or landfill. Some parents have wised up and banned it altogether.

Plastic toys that cannot be recycled for the most part. I will make exceptions for certain toys (e.g. Legos and Magna-Tiles) but I try to limit plastic for the environment. If there’s a show or character that my daughter likes, I will buy clothes or shoes with it — functional items that serve a purpose. 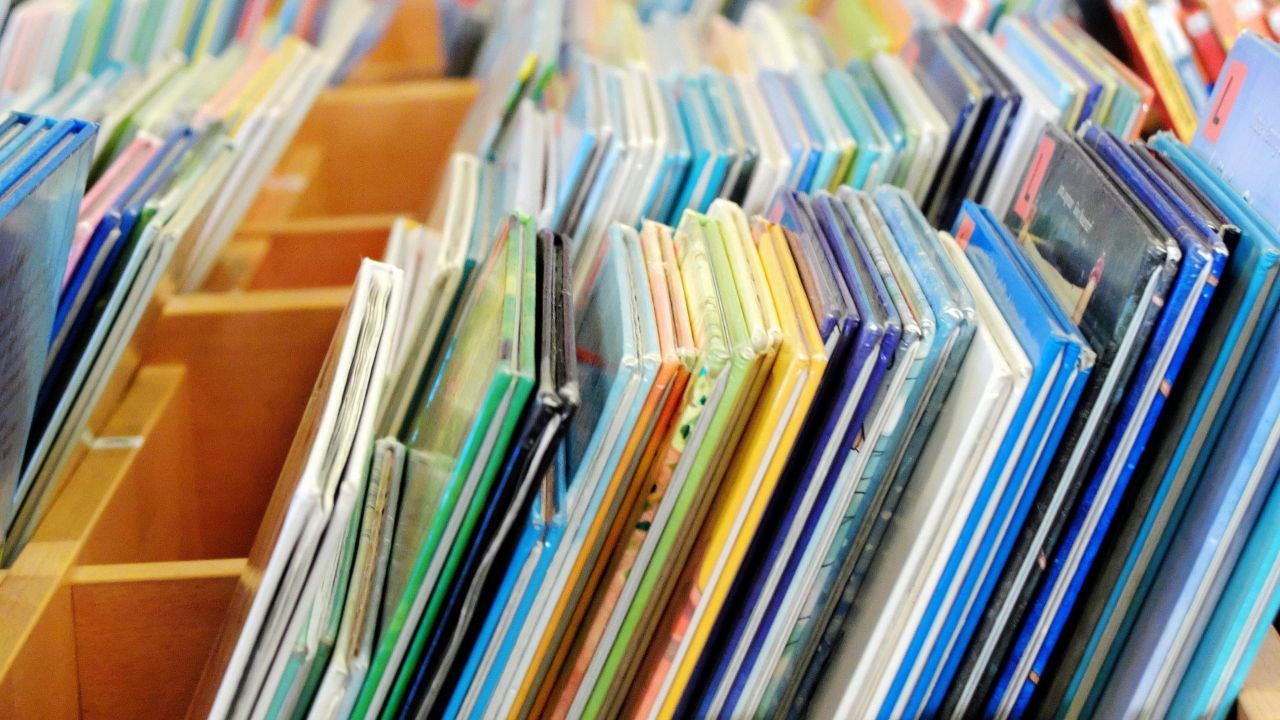 Most parents will find themselves, at some point, watch a movie or TV show from our childhood, or reading a “classic” book and find ourselves cringing at the now-obvious racist or sexist stereotypes (or just terrible “lessons”) that are contained within.

I’m surprised at how “wrong” some books are that aren’t even that old! We read a ton so I’m always accepting donated books. Things I’ve purged include some old Disney books like Brer Rabbit (racist), sleeping beauty (no consent/rapey), a Dr. Seuss Tooth Book that had very racist/stereotype illustrations, and lastly the Rainbow Fish, which is popular now but I’m still undecided on it. A fish buys his friends by giving away all his scales — literally the shirt off his back.