Sure, your phone or tablet has the hardware for complex gaming experiences — but the real sweet spot of mobile gaming is mindless, play-for-a-minute experiences. The sort of thing you gravitate toward while you’re toiling away in the dentist office waiting room or when it’s 1 a.m. and you still can’t fall asleep. But if you’re stuck in an Angry Birds rut and need a few fresh options, here are 11 more mindless mobile games to distract yourself with for a bit without getting pulled in too deep.

Clusterduck is a quirky collection game where you hatch eggs and breed cute little ducks. You start with a single egg, but when you breed your hatchlings, genetic mutations might occur. More ducks mean more mutations, and before long, your phone is overrun with bizarre and adorable ducks. I’m talking completely bald quackers, ducks with pirate arms, and ducks with swords for heads. Clusterduck is a weird and addictive little game — just the thing for a few spare minutes of mindless mutant duck fun.

This beautiful puzzle game is simplicity itself. In it, you connect coloured dots, clear levels, and progress through fantastic landscapes while soothing atmospheric music plays. Two Dots is the opposite of the adrenalin-drenched, teeth-clenching experience many games offer. It will chill you out in the middle of a stressful day or turn your mind off before you go to sleep… but don’t blame me if you become addicted.

Pokémon Go might not have the gargantuan player base it had when it was a national sensation back in 2016, but there are still a ton of trainers walking around catching ‘mon. This is a great game to play when you have a few minutes to spare and want to pick up a Pikachu or two — plus, it rewards you for getting out, taking a walk, and seeing new things in your neighbourhood. There’s even a social element so you can interact with fellow trainers from all over the world.

Crazy car combat is the order of the day in Drive Ahead, where you face off against computer-controlled drivers and try not to have your head crushed. With its hundreds of levels, wacky vehicles to collect, and variety of game modes, Drive Ahead will keep you entertained for a long while, and its short match time means you can get in a quick game whenever you have a moment to spare. Don’t miss the head-to-head mode if you want to cause lifelong rifts in your relationships.

If you’re an “I don’t have time for games” type person, Habitica might be the exception to the rule. This mobile app combines a simple fantasy role-playing game with your to-do list, letting you earn gold, experience points, weapons, and armour for dropping off the dry-cleaning and cleaning the garage. It even features social play, where you team up with other chore warriors to complete quests and get some errands done — a great way to keep yourself accountable. If you’re looking to gamify your life, give it a download.

No matter how many flashy new games I download, I eventually find myself returning to humble Solitaire. It’s just a perfect game — completely engrossing, and so satisfying to win. There are countless Solitaire apps out there, from very simple free-to-play apps to complicated, flashy variations of the age-old card game. I like Solitaire City because it offers a ton of game types, the ads aren’t particularly intrusive, and it looks and plays great.

In this cartoony physics-puzzle game, you are a mischievous raccoon who controls a hole in the ground. As you guide your hole to swallow garbage and irk your woodland pals, the hole grows larger and larger until entire buildings disappear into its mysterious depths. It’s silly, addictive, and is full of ridiculous characters and situations, with engaging puzzles and a real sense of satisfaction from finishing levels. Highly recommended. 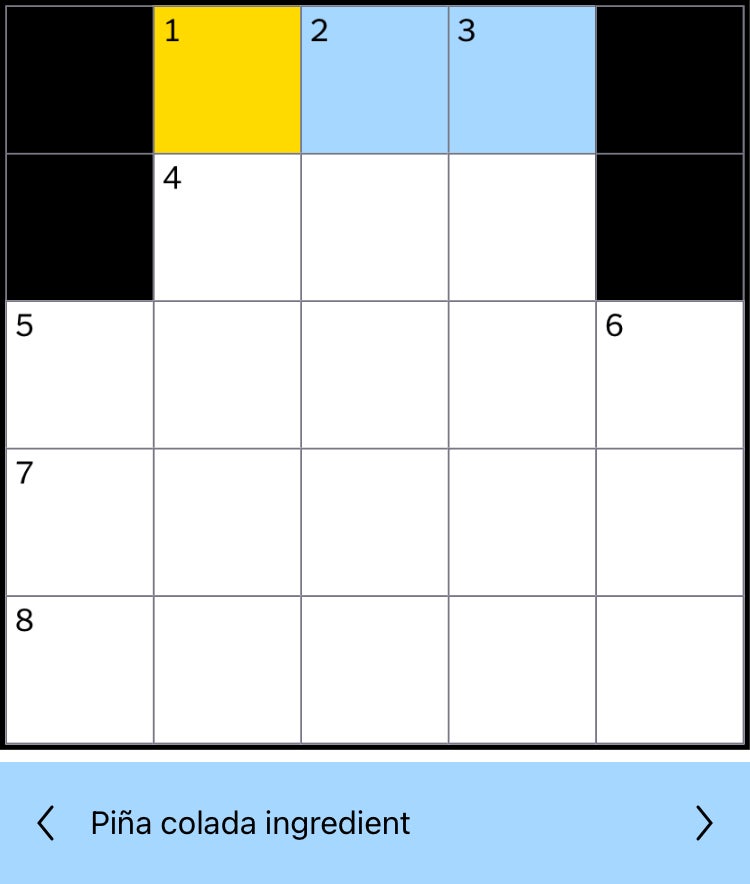 While the “real” New York Times crossword is more about spending several hours testing your brains on a lazy Sunday, the paper’s “mini” crosswords are daily bite-size distractions that only take a minute or two to solve. If you like word games, but you don’t want to get super deep, download the Times’ crossword app. Daily puzzles are free, but a subscription will give you access to the entire archive of minis, as well as full-scale Times crossword puzzles going back decades.

This is the dumbest game I’ve ever seen, but I can’t stop playing it. In Steppy Pants, you are a doofy looking dude or dudette trying to walk down the street. One tap on your screen equals one step — it’s as simple as that. But it’s soooo hard to avoid stepping on the cracks that will trip you up and the TNT some jerk keeps leaving on the footpath. Like its spiritual predecessors Flappy Bird and Crossy Road, Pants is simple in theory, but totally addictive and maddeningly difficult to master.

Loosely based on pinball, Pinout takes the venerable table game to new places. You send your silver ball through an endless neon pinball machine, always travelling upwards, while unlocking new sections, scoring millions of points, and basically killing time while you wait for the bus. With its slick, science-fiction style, impeccable physics, and easy-to-understand gameplay, Pinout is a great choice to turn your mind off for a few minutes… or hours.

If you’re an “outside the box” thinker looking for something truly unique, this beautiful, minimalist puzzle game is for you. Each of its dozens of challenges gives oblique, visual clues to their solutions, and every puzzle is solved without touching your screen — a game mechanic that is surprisingly difficult to get your head around. You’ll be using your iPhone’s microphone, speaker controls, and basically every feature except the touchscreen to progress in this innovative, one-of-a-kind game.