I love peaches — I could eat a peach for hours! — but I do not love removing the stubborn, literally clinging stone from the centre of the fruit. Fortunately, I follow some very smart people on social media, and those people often have solutions to everyday annoyances such as these. (I honestly hate to be all “You’ve been doing this wrong!” so I’ll just say that “I’ve been doing this wrong,” because I don’t know your life.)

Even though I follow It’s Holly on Instagram, I somehow missed this delightful instructional video in which she explained how I had been ruining my life by slicing peaches from stem to bottom, instead of around their equator.

Luckily, Naomi Tomky from The Kitchn caught it, tried it, wrote about it, and tweeted about it, which led to me trying it, loving it, and writing this little post about it.

The tip is simple: Grab a peach, and cut it in half by slicing around its middle, perpendicular to that indented line that runs down the side of the peach. Gently twist the halves until one pops off. Wow. That was easy. 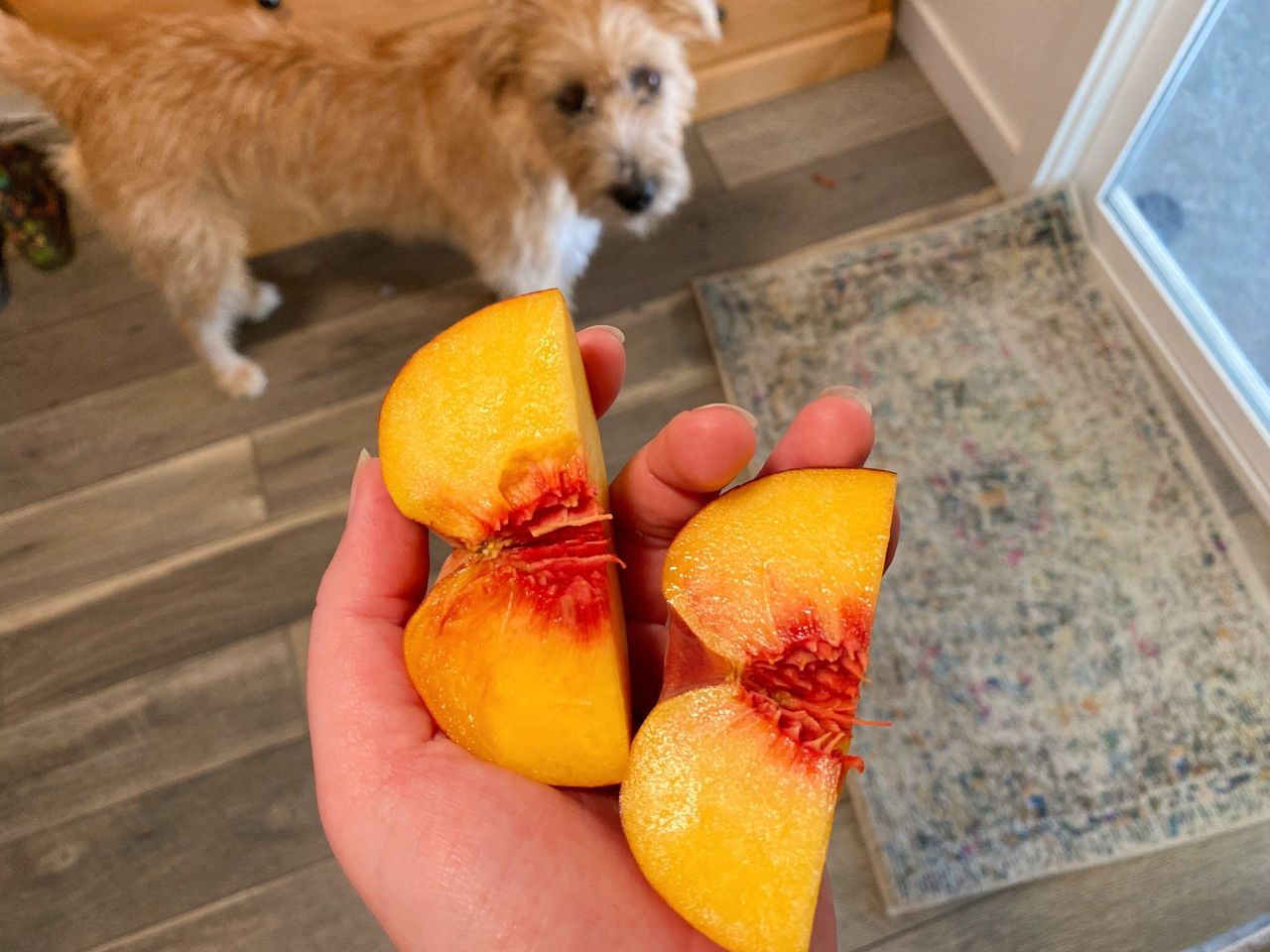 Next, slice the halves into quarters, making sure to slice 90 degrees away from that little line. Twist again, then pop out the pit from the quarter.

I have tried this little tip with both peaches and nectarines, and it worked well with both. I even tried it with those flat doughnut peaches, and it worked on those. This may not seem incredibly life-changing if you chomp your fruit straight off the pit, but it sure will make summer a whole lot easier for people who like to make and eat peach pies, peach cakes, peach ice cream and other stone fruit-flecked desserts.