You Can Make a Shockingly Delicious Pasta Sauce With Cucumbers

I rarely cook from recipes. It’s not due to a lack of desire — it’s more a matter of time and energy. After a long day of cooking, tasting, and thinking about food, I rarely want to clean my kitchen only to make a whole new, proper recipe. (I want to eat snacks, which is what I usually do for supper.)

But I recently made it a point to try the Smitten Kitchen zucchini butter spaghetti, not only because The Kitchn had essentially proclaimed it the “dish of the summer,” but because I trust Deb Perelman implicitly, and I have a steady supply of garden-fresh zucchini.

It ruled. It continues to rule. I have not stopped thinking about it since I made it. It’s everything you want in a weeknight dinner: Fast, flavorful, and not at all finicky. Instead of salting and draining the zucchini — which is usually a big part of any recipe that features the green squash — Deb shreds them, then cooks them down until the water evaporates, leaving behind a concentrated savoury zucchini “jam.” The jam is loosened and emulsified with a little pasta water (and sprinkled with cheese), and then tossed with spaghetti and fresh basil if you have it (I did not).

It is, as I have already mentioned, a very good recipe, but the method of cooking a vegetable down to a near paste and then tossing it with pasta is useful beyond zucchini. Andrew Zimmern makes a similar dish with broccoli, and I — as of last night — make a banging version with cucumber.

Cucumbers are similar to zucchini in shape and colour, but the former is a melon and the latter is a squash. Both are technically fruits, but are eaten as vegetables; but cooked zucchini is far more common than cooked cucumber, at least in the United States. (Grilled cucumbers go hard, however.) 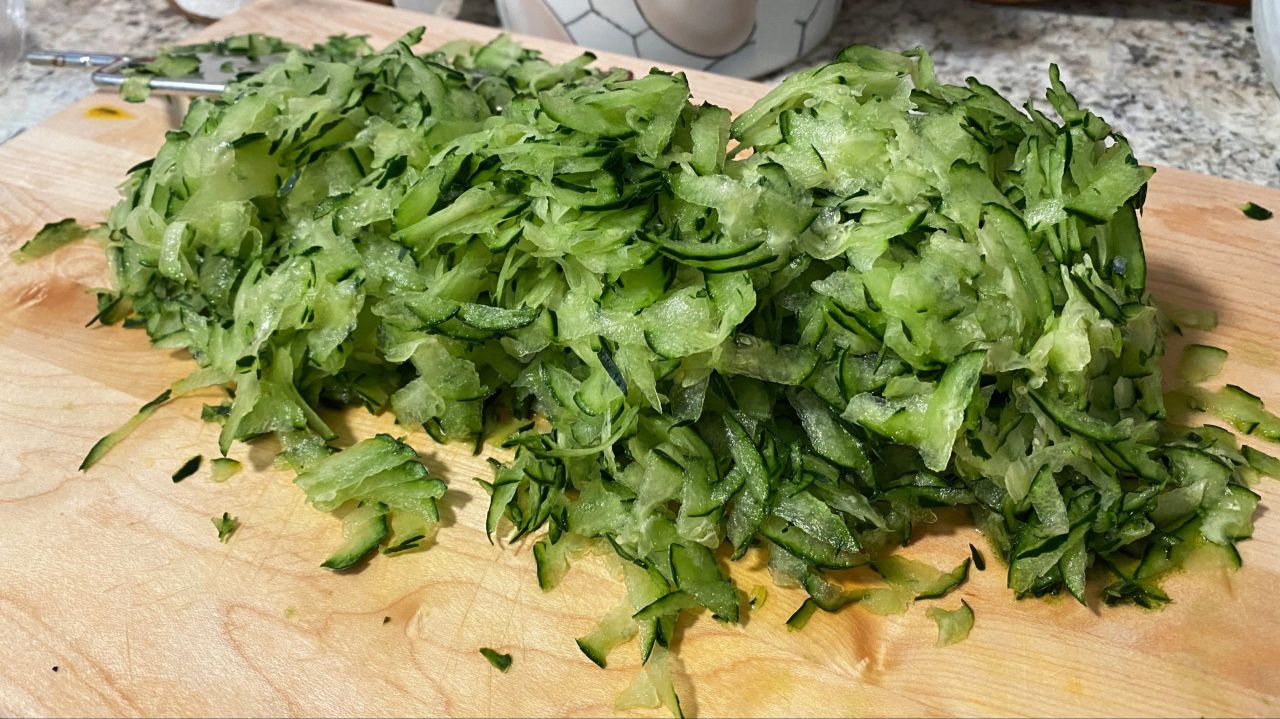 This cucumber butter pasta is very similar to Deb’s zucchini butter spaghetti, only it’s a little fruitier, and a little sweeter, with a hint of vegetal cucumber peel flavour (kind of like you get from fancy “spa water”). It’s savoury, lightly sweet, and utterly fantastic — a great way to use up three medium-sized cucumbers, if that’s a position you find yourself in. You can add parm, fresh herbs, red pepper flakes, or freshly ground pepper if you like, but none of these things are strictly necessary. You can also swap out the butter for olive oil if you’d like to make it vegan. To make it, you will need:

Coarsely shred the cucumbers and set them aside, then mince the garlic. Add the butter to a large sauté pan over medium-low heat, and set a stock pot filled with 6 cups of salted water over high heat. Add the garlic to the melted butter and cook until golden and fragrant; add pepper flakes if using, then add the cucumber, and increase the heat to medium. Add the pasta once the water starts boiling. 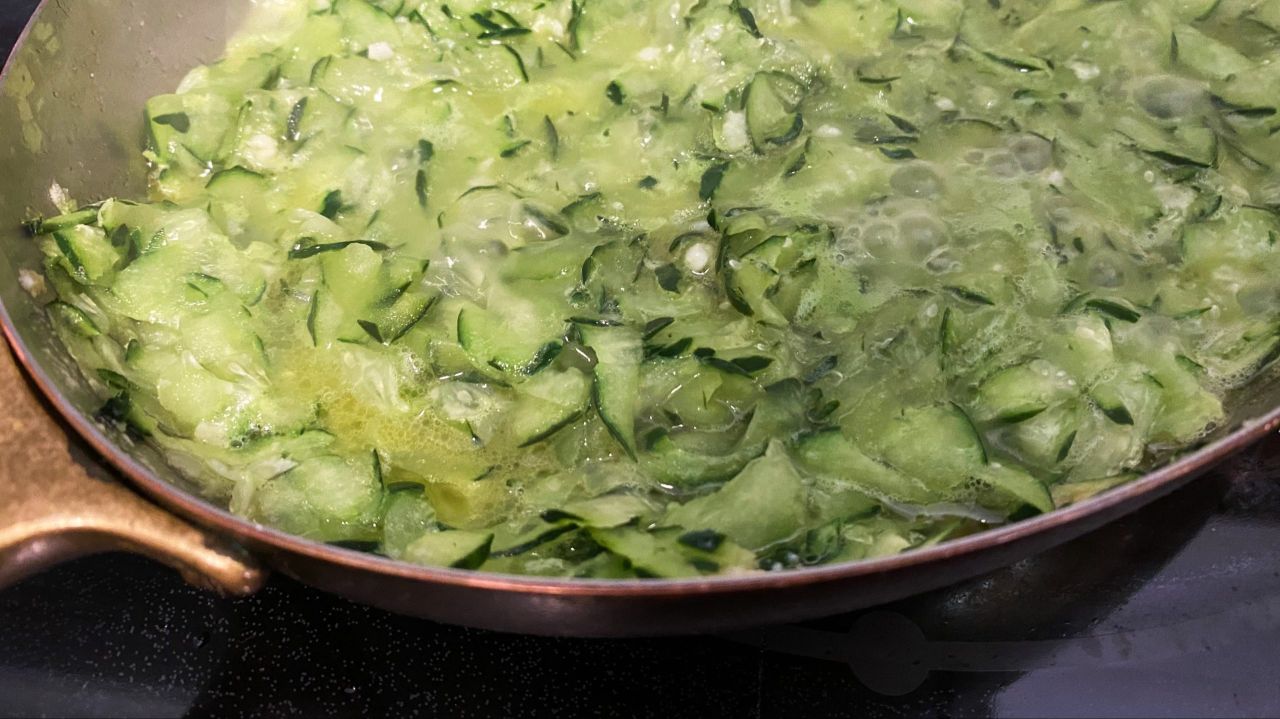 Things will get very wet for a while, but that’s good. Not only does all that water keep the garlic from burning, but it eventually leaves the pan entirely, letting the cucumbers reduce down into a concentrated mass of flavour.

Once the pasta is about one minute shy of being perfectly al dente, reserve a cup of pasta water, then drain the pasta, and set it aside. Let the cucumbers cook until they take on a spread-like consistency. You will still see a little green liquid pooling here and there, but that’s fat from the butter, and it will look quite different than thin, steaming water.

Add about a quarter cup of the pasta water to the cucumber, and stir with a wooden spoon to scrape up any browned bits that are stuck to the pan. Add the pasta, then another 1/4 cup of pasta water, and stir and cook over medium heat until the pasta is perfectly al dente and the cucumber is evenly distributed. Add some cheese if you like, or basil, or pepper, and stir again before serving (maybe with more cheese).