It is unacceptable to dump any kind of cooking fat — whether liquid or solid — down the drain. Doing so can not only lead to personal plumbing issues, but neighbourhood-wide blockages and — in extreme cases — basements full of sewage.

A lot of cooking oil, even the cheap vegetable stuff, can be filtered, cleaned, and saved for further use, but I don’t always feel like doing all of that, particularly if I’m working with a grocery store brand canola oil.

To get rid of oil you do not wish to clean, all you have to do is pour it into a container, then throw that container in the trash (or take it to an oil recycling program), but I rarely have extra disposable containers — such as milk cartons or coffee tins — just lying around.

You know what makes the best used oil container? The bottle in which said oil previously resided. Unlike a milk carton, a cheap vegetable oil carton is durable and sealable, and (unlike a coffee tin) it’s also not worth cleaning and reusing elsewhere in the home (it’s just too greasy). 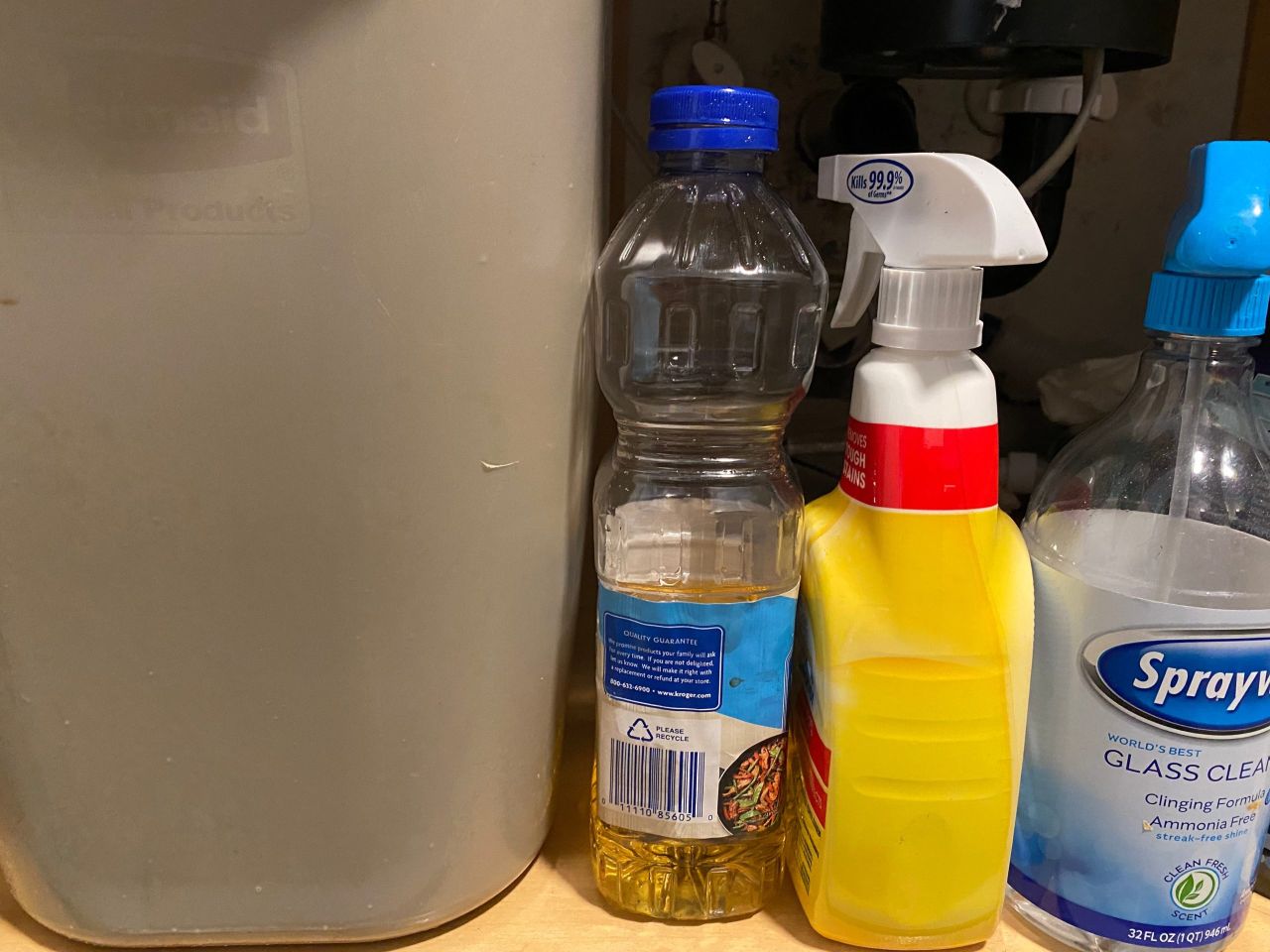 I keep my trash oil bottle under the sink, right next to my trash can. Thanks to years of pouring chemicals in various labs, I don’t personally have any trouble pouring grease directly from a pan into the bottle, but you could keep a cheap plastic funnel down there if you need to safeguard against messy spills. Once my cooking fat has cooled to the point where it won’t cause any sort of injury if I spill it on my skin, I pour it in the bottle, close it up, and put it back in its place until I need to dispose of oil again.

I’ve found the timing of using an empty vegetable oil bottle works exceptionally well. I strain and save my bacon grease and lard, so it’s usually only the cheap liquid oils that end up in the bottle; I tend fill up my trash bottle just as I’m running out of fresh oil, so there’s rarely a moment that I’m without an empty to use in my disposal system. It’s an elegant system — or as elegant as oil disposal gets.