Google just released a new Google Drive desktop app for Windows and Mac to replace the Backup and Sync and Drive File Stream tools, which are shutting down on October 1. Google recommends all users migrate to the Drive desktop app by September to avoid any syncing interruptions, but don’t lament the loss of those dusty old apps — the new Drive for desktop combines features from Backup and Sync and Drive File Stream into a single app, and even adds in some extra capabilities from the browser version and the Google Photos app. 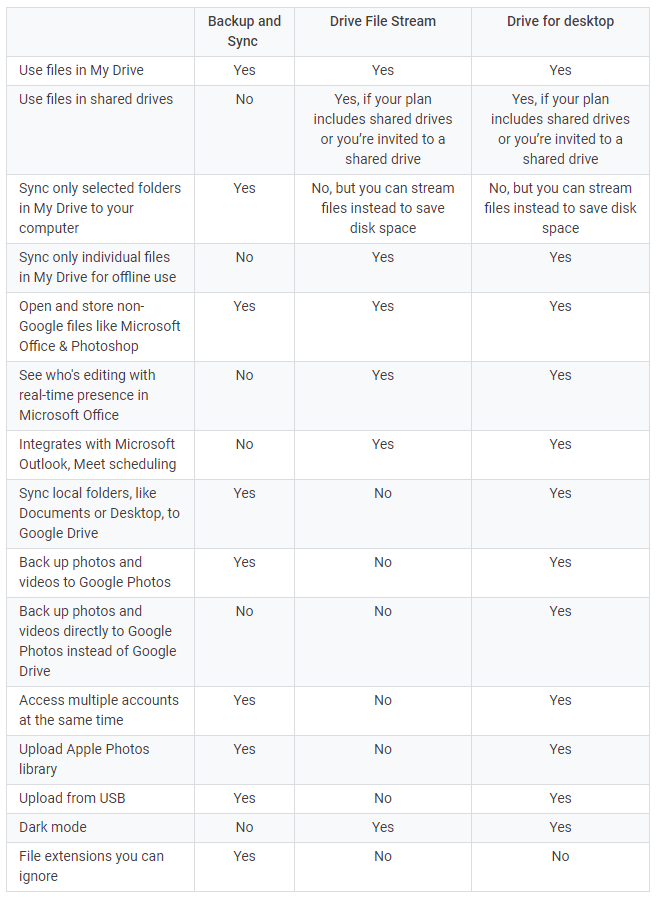 Note that the new Drive for desktop app isn’t the only way to access your Google Drive on desktop. Drive can also be installed as a Progressive Web App (PWA), which takes up less space and uses fewer system resources than the new app does. However, the new desktop app has more features and integrates into your local files, storage devices, and programs in ways the PWA can’t. In other words, this looks to be the best, most comprehensive Google Drive desktop app yet.

How to install and use the new Drive desktop app

The Google Drive desktop app is available now for Windows and Mac. Download the applicable installer file for your device using the links in Google’s announcement blog, then follow the on-screen instructions to get started.

After you install the app and sign in with your Google Account, your Google Drive will be available as a browsable folder to your computer called “My Drive.” All of your Google Drive files will appear from this folder as you’re online, or if they’re synced to your PC for offline access. 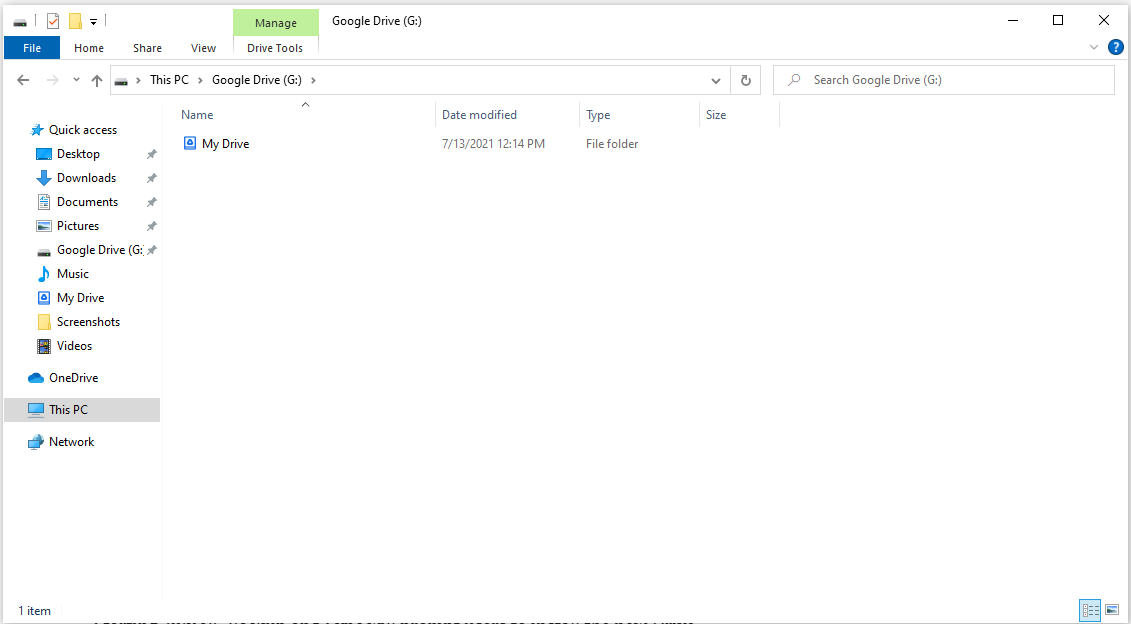 Opening a Google Doc file loads it in the browser by default, but you can also open them in Microsoft Office. If other Google users have access to a file, Microsoft Office — as well as other programs like Excel — will even show you if another user is editing the file, just like Google Docs will.

Other files open with your default desktop app — images open in Windows Photo viewer, for example. These are streamed to your desktop and not saved on the hard drive, saving space.

However, you can click and drag files in the “My Drive” folder to your desktop or another location on your PC to save them locally, or drag-and-drop files from your PC to the Google Drive folder to upload them to the cloud. If you’re signed into multiple devices at once, you files will sync across all of them simultaneously. 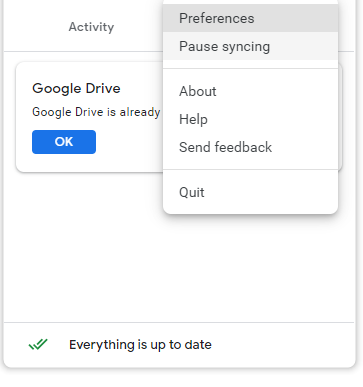 In addition to the dedicated “My Drive” folder, there is also a Google Drive widget accessible from the Windows taskbar or Mac menu. The widget lists your latest Drive activity — including recently uploaded files — and other important notifications.

Clicking the Gear icon in the upper-right of the widget opens the settings quick menu. From here you can change your local storage folder, swap to another Google account, and see other devices you’re signed into. You also can disable syncing at any time by going to Settings > Pause Syncing. Oh, and if dark mode is turned on in your desktop settings, the widget will automatically swap to its dark theme.