Finding mould in any part of your home can be cause for concern, but it’s also a fairly common occurrence — anywhere there is dampness, there is a chance for mould to grow. While mould can be harmful to your health, expensive professional removal isn’t always necessary; it can often be removed safely with the right cleaning strategy and safety precautions.

Mould is a fungus that releases spores into the air that can cause respiratory issues and serious harm to those who are immunocompromised. But you can remove most types of mould without professional assistance — as long as you catch it early and you take the necessary safety precautions to avoid breathing in the spores or spreading it to other areas of your home.

The U.S. Environmental Protection Agency (EPA) suggests wearing an N95 mask, gloves, and long sleeves; making sure the room has ample ventilation; and keeping the area as closed off from other parts of the home as possible. As long as the mouldy area is less than 10 square feet (or a 0.9 m by 0.9 m area), the EPA says you can tackle the job on your own. Anything bigger, and you’ll probably want to call an expert.

But how you tackle the job depends on where, exactly, your mould is. 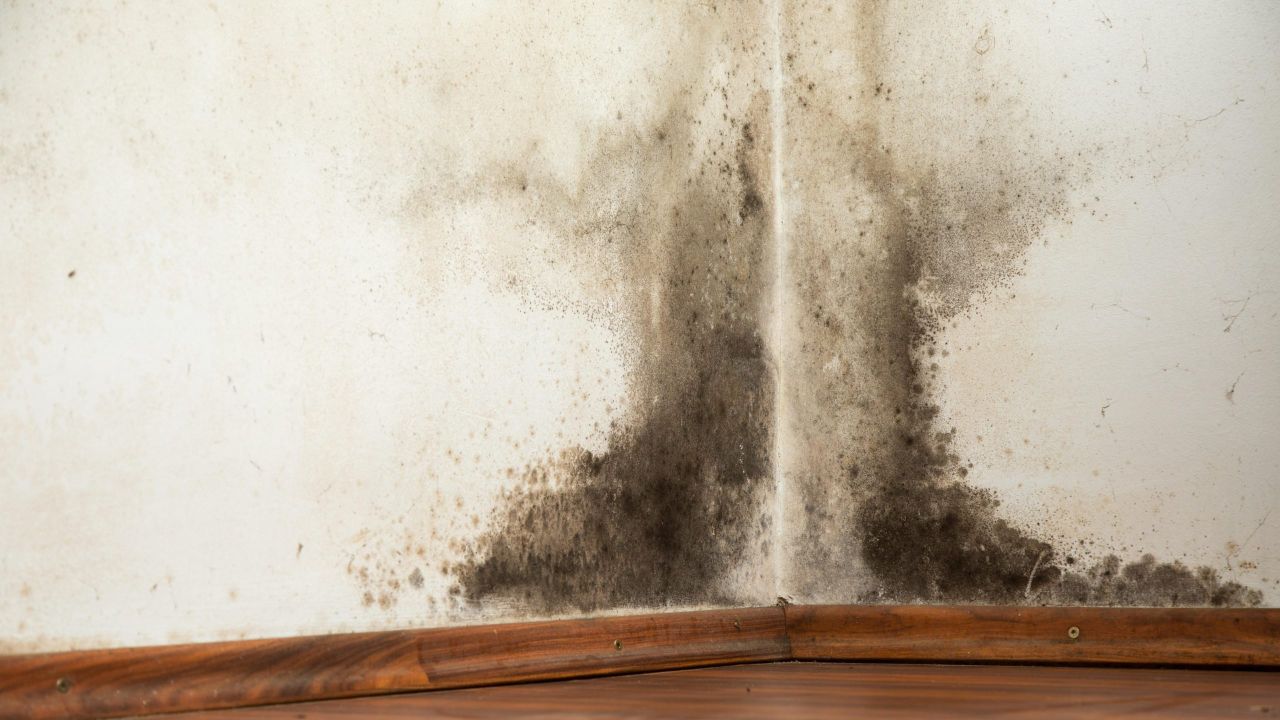 It’s common to find mould on the walls of a bathroom, kitchen, or laundry space — these rooms have constant contact with moisture, so mould has plenty of organic material to feed on. Cleaning site ProHousekeepers says you need the following items to clean mould off of those walls:

First, mix one-part bleach and three parts water in a spray bottle. Spray the moulded area until it is soaked in the solution, then let it sit for 10 to 15 minutes. Next, take your cleaning brush and scrub away the visible mould. Repeat as many times as necessary until there are no traces of mould on the walls.

You’ll then mix half hydrogen peroxide and half white vinegar into the other spray bottle, saturate the same area, and let the solution air dry. Use the same process for a ceiling or tile grout. It’s important not to paint or caulk over moldy areas — always take care of the mould first by cleaning it thoroughly and letting it dry before painting the spot.

How to clean mouldy wood 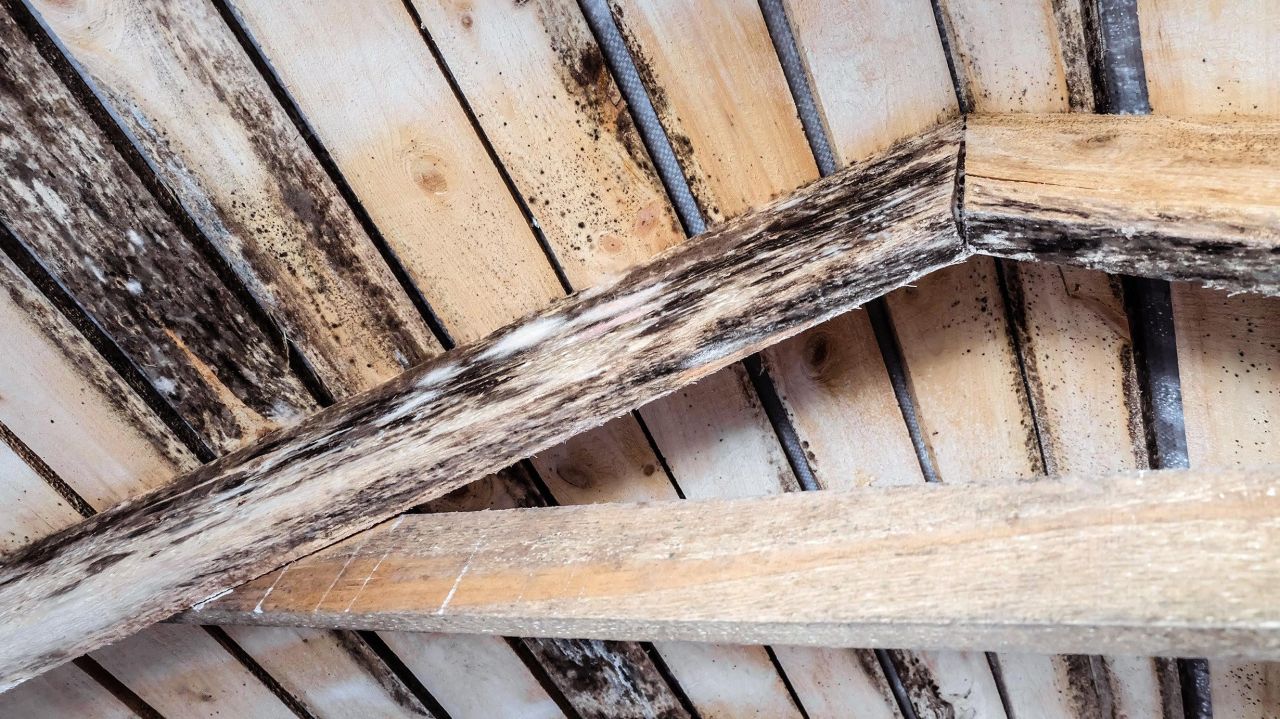 Cleaning mouldy wood requires a little more effort (and supplies) than cleaning your walls. According to ProHousekeepers, you’ll need the following;

Using a brush attachment, vacuum the moulded area using the brush to get up as much of the visible mould as possible (don’t forget your N-95 mask). Next, mix one tablespoon of soap with two cups of water in a spray bottle and spray the moulded wood. Scrub the area with a soft bristle brush and wipe down with a paper towel.

Afterward, add one tablespoon of Borax to one cup of water and use the soft-bristled brush to apply the solution to the effected area to kill the roots of the mould. Let the area air dry using a fan or dehumidifier.

How to clean mouldy leather 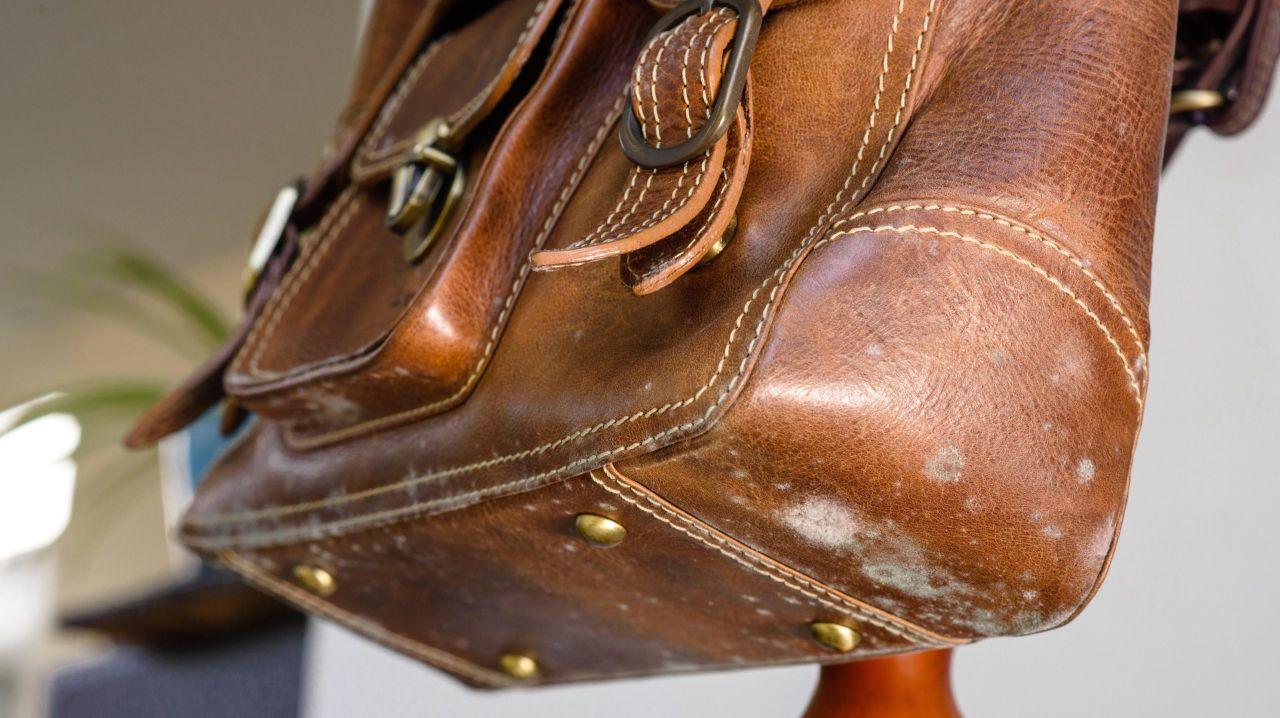 Leather is susceptible to mould like any other surface — perhaps even more so because the fungus has softer, damper material to feed on. Leather can be saved from mould, but it’s a sensitive material, so bleach or ammonia can critically damage. You’ll need leather cleaner or a soft soap, such as baby shampoo, and a cleaning cloth (make sure to spot-test whatever cleaning product you use when you’re ready to start).

Before you tackle the mould yourself, lay the leather out in the sun to dry — the sun’s UV rays will help start the disinfection process. (Just don’t leave it in direct sunlight for too long, lest its colour fade or it becomes damaged.) You can also leave it in indirect sunlight until it dries completely.

After drying the leather, dampen the cleaning cloth and use it to remove any visible mould. Then, clean the mouldy area with the leather cleaner or baby shampoo, and let it dry. From now on, store leather in a cool, dry spot, and clean it regularly to avoid future mould growth.

How to clean mouldy fabrics 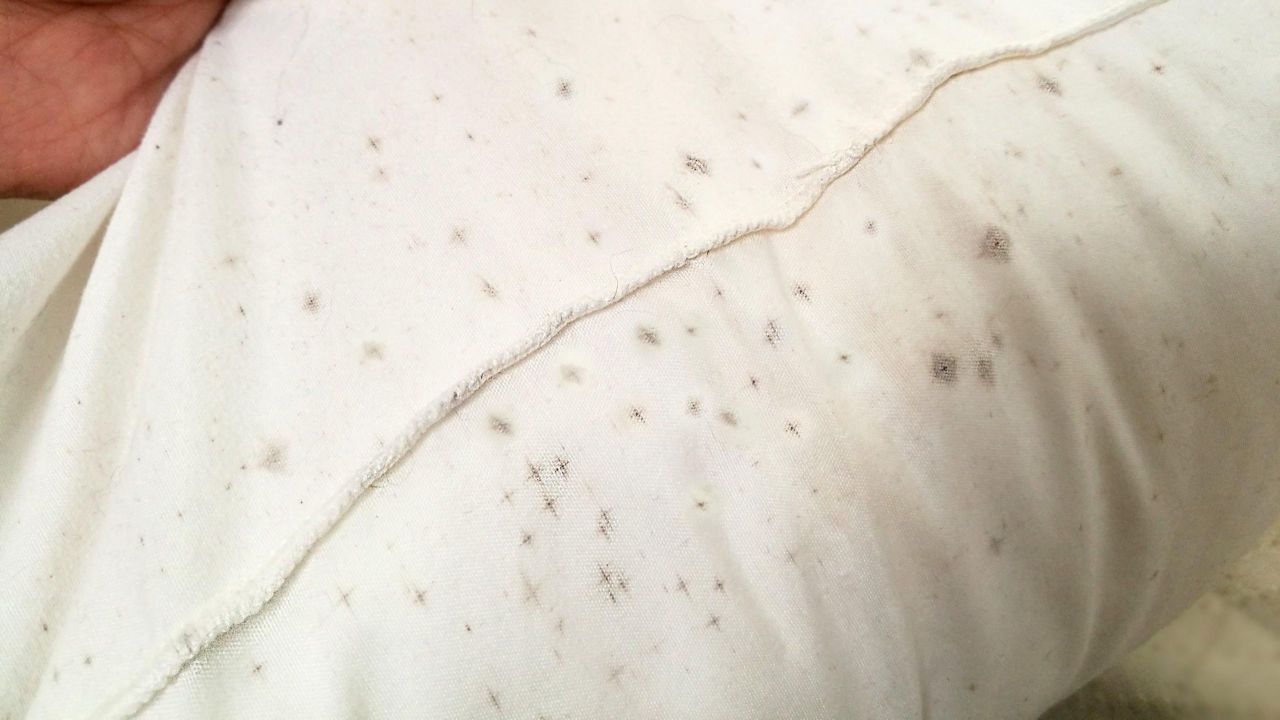 Fabric is probably the easiest material for mould to thrive in when it gets wet. Left for even a day or two, mould has the right environment to grow. Thankfully clothes are easy to wash — but you want to be careful to kill the fungi before hanging them back in your closet. For clothes that can be bleached, mix one part bleach and three parts water, then soak the area with the solution. Let it sit for three to five minutes, then throw it in the wash as usual.

For darker fabrics that can’t be bleached, follow the same instructions, but instead of bleach, use white vinegar. You can either soak the item in a solution containing 1/4 cup of vinegar and a gallon of water, or soak a cotton pad in vinegar and place it on top of the mouldy area for five minutes. Rinse, then wash as usual.

How to clean mouldy upholstery 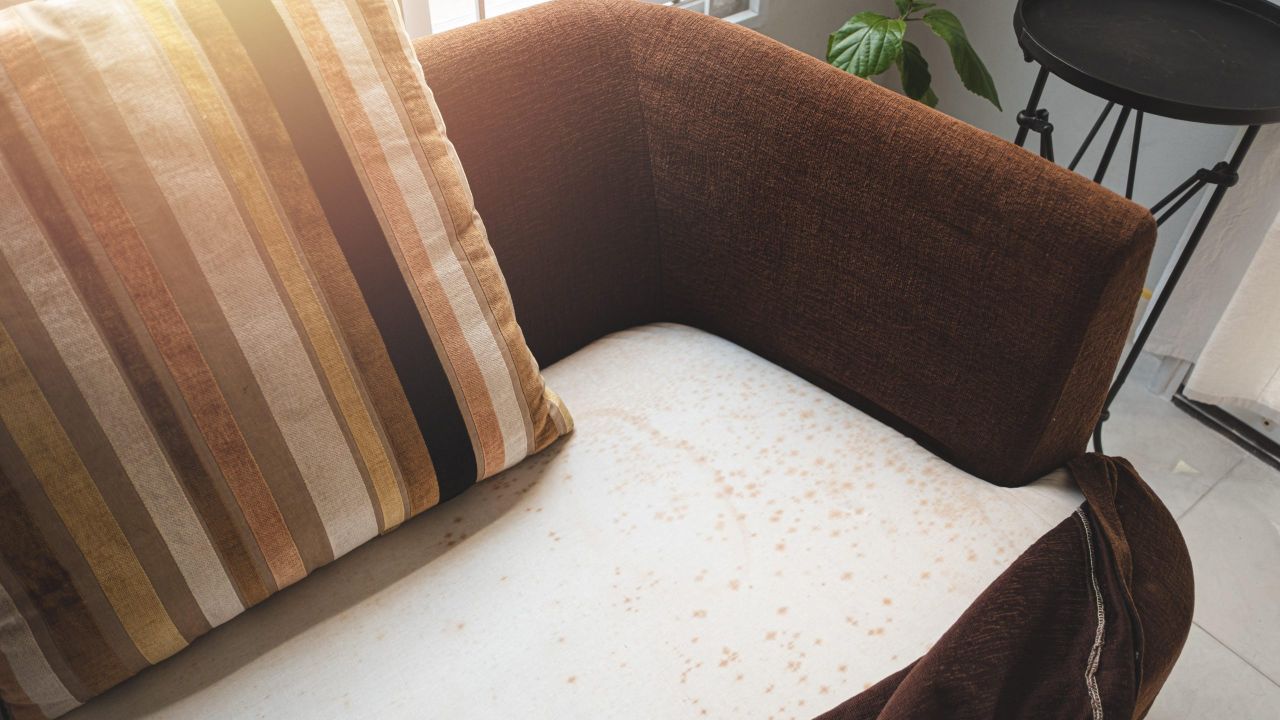 Cleaning a mouldy sofa or chair is challenging — unless the cloth is removable, in which case, simply follow the fabric instructions above.

First, inspect the area to see just how far the mould has grown. If your upholstery is synthetic, mould growth could indicate that the framing itself is mouldy (and you might need to replace your furniture). If it is cotton, wool, or another natural material, odds are that you can spot-clean the area. Take a cleaning brush and scrub the area with soap and water to remove visible mould, then blot the area with a solution containing equal parts hydrogen peroxide and white vinegar. Use a towel to pat dry, and then let the upholstery thoroughly air-dry.

If the mould covers a large surface area of your upholstered furniture, there are a few extra steps you’ll likely need to take. First, bring the furniture outside to air out in direct sunlight, like you do with leather. The UV rays will kill the fungus before you remove the mould and mildew stains. Next, vacuum the upholstery using a brush attachment (making sure to wear your N-95 mask and long sleeves to avoid contact with any spores); empty the vacuum cleaner outside to keep mould from reentering the air in your home.

Then, mix water and a mild detergent until it suds up, then scrub the suds into the spot with a scrubbing brush. Wipe away the excess, then let it dry again in direct sunlight to kill any remaining bacteria. If you see some spots of mould left over, follow the above spot treatment method again to finish the job.