9 Movies Where the Dog Doesn’t Die

disney plusdogsEntertainmentmovies
At Lifehacker, we independently select and write about stuff we love and think you'll like too. We have affiliate and advertising partnerships, which means we may collect a share of sales or other compensation from the links on this page. BTW - prices are accurate and items in stock at the time of posting.

Dogs are great, both in movies and in real life. They’re our furry companions who greet us with eagerness every time we walk through the door and are loyal to a tee. So, why do people feel the need to kill them off in movies?

I get it, death is a natural part of life, and no matter how much you don’t want to think about it there will come a day when it’s time to say goodbye to your pet. Still, you don’t always want to see that in a movie. That’s why we have the wonderful site doesthedogdie.com.

‘Does the Dog Die’ will tell you not only whether a dog dies in your movie, but whether you’ll see a number of other beings die in a movie as well. For those with soft spots for all creatures great and small, it acts as a great trigger warning.

Dog-related spoilers for these movies ahead.

We’ve written before about why Love and Monsters is a movie worth your time and one of those reasons is that the dog does not die.

Joel gets a lovable companion named Boy when he ventures into the world of monsters and, while they don’t always get along, the good boy does see out the rest of the movie. Although, the same can’t be said for all the monsters.

Disney has never shied away from killing off animals (hello to everyone traumatised by Bambi and The Lion King) but an animated classic all about dogs with no dead dogs in sight is Bolt.

Sure, it’s not the best Disney Animated film to grace the Earth, but Bolt is charming, original and you’ll never go back after witnessing puppy Bolt meet Mr Carrot.

Where to watch: Disney+

Alpha is a pre-historic drama all about man’s very first best friend.

After Keda is separated from his tribe he comes across a lonely wolf and forms one of the very first human-dog friendships. One that survives the entire movie, you’ll be glad to know. 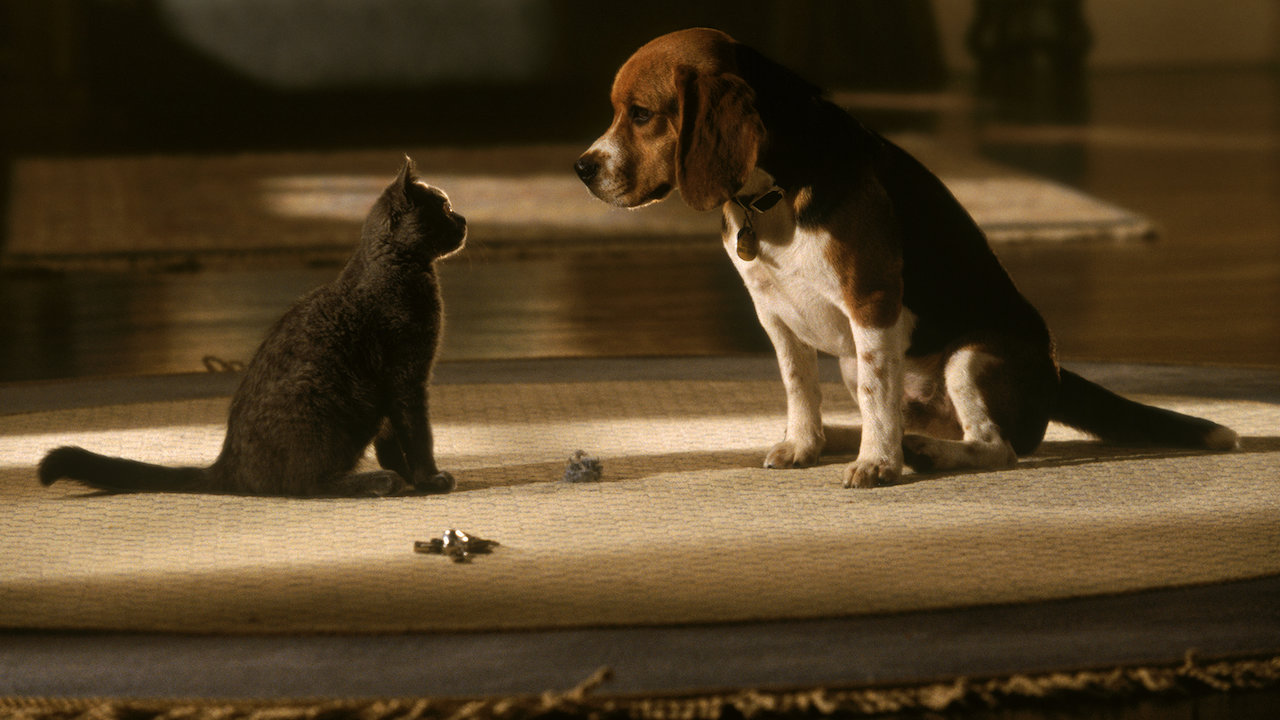 Cats & Dogs does everything it suggests in the title. It follows a war between house pets where the dogs are secret agents working to eradicate human allergies to dogs but the cats have their own malicious plans for their owners.

You can watch this questionable CGI in peace knowing all the furry friends make it through.

Where to watch: Binge, Stan.

Australia has made a number of excellent dog-centric movies. Red Dog, Napoleon, Babe, the list goes on. But Oddball is the latest and greatest lovable pooch (who doesn’t die).

The movie follows a chicken farmer who trains his dog Oddball to protect a penguin sanctuary from dangerous foxes. We stan a loyal protector, particularly when it’s based on a true story.

You don’t get a more classic dog movie than Beethoven. Despite the dangers imposed by the evil family vet, loveable Beethoven makes it out of the movie safe and sound – and is a joy to watch the whole way through.

Ok, now we get into the territory of movies including dogs that aren’t necessarily about dogs.

If seeing a sweet dog in a movie only makes you fear for its life, like the trailer for The Meg massively did, then you’ll be happy to know the sweet pup is not eaten by the terribly large shark. You can watch your scary shark movie without fear of the animals dying – although I can’t say the same for the people.

Where to watch: Digital rental

An integral part of a kingsman’s training is to train a loyal four-legged friend – and then kill it apparently. Despite this horrible twist that pulls on everyone’s heartstrings by making us think the dog is about to die, JB (short for Jack Bauer, of course) lives on.

That being said, if you want to stay in that happy place with JB I strongly suggest you only watch the first Kingsman movie.

Where to watch: Disney+

Harry Potter and the Philosopher’s Stone

Not only do no dogs die in the first Harry Potter movie but you actually get three dogs for the price of one with Fluffy, the three-headed dog.

Where to watch: Binge

While I’m not saying every other notable dog movie that’s not on this list means the dog in it will die, I am saying you should check does the dog die before watching.

If you’d rather not know, enjoy the fact that you can watch all the movies here and witness happy, very much alive, doggos.