How to Preemptively Block Ad-Tracking on Your Android

Later this year, Google will begin blocking advertisers and developers from accessing a device’s advertising ID if users opt-out of personalised ads, mirroring the controversial changes (controversial to advertisers, anyway) that Apple introduced in iOS 14.5. While you’re waiting, though, you can opt-out of personalised ads right now on all Android devices by preemptively turning off ad tracking.

Advertisers use your unique advertising ID to create personalised ads based on your internet browsing history, app usage, and other activity — it’s why you seem to get eerily accurate ads across every app you use. Companies also use these IDs to collect data on how people use their software and services — and their competitors’.

However, according to a recent Google Support update, “the advertising ID will be removed when a user opts out of personalisation using advertising ID in Android Settings. Any attempts to access the identifier will receive a string of zeros instead of the identifier.” The new policy goes into effect for “Android 12 devices starting late 2021 and will expand to affect apps running on devices that support Google Play in early 2022.”

Earlier in 2021, Apple introduced a similar change to iOS 14.5 that requires apps to ask for tracking permissions during installation, and lets users opt-out of tracking entirely in the iOS setting. The wording in the Google Support update implies Android 12 will require apps to ask for similar permissions. The update also says Google plans to alert users via system notifications once the privacy change is implemented — but why wait?

How to opt-out of personalised ads on Android right now

It’s easy to turn off personalised ads on your Android smartphone: just toggle on the “Opt-out of Ads Personalisation” setting. However, the setting is located in different places depending on your device’s manufacturer and Android OS version, so finding it may be difficult if you don’t already know where it is. Here’s where to look: 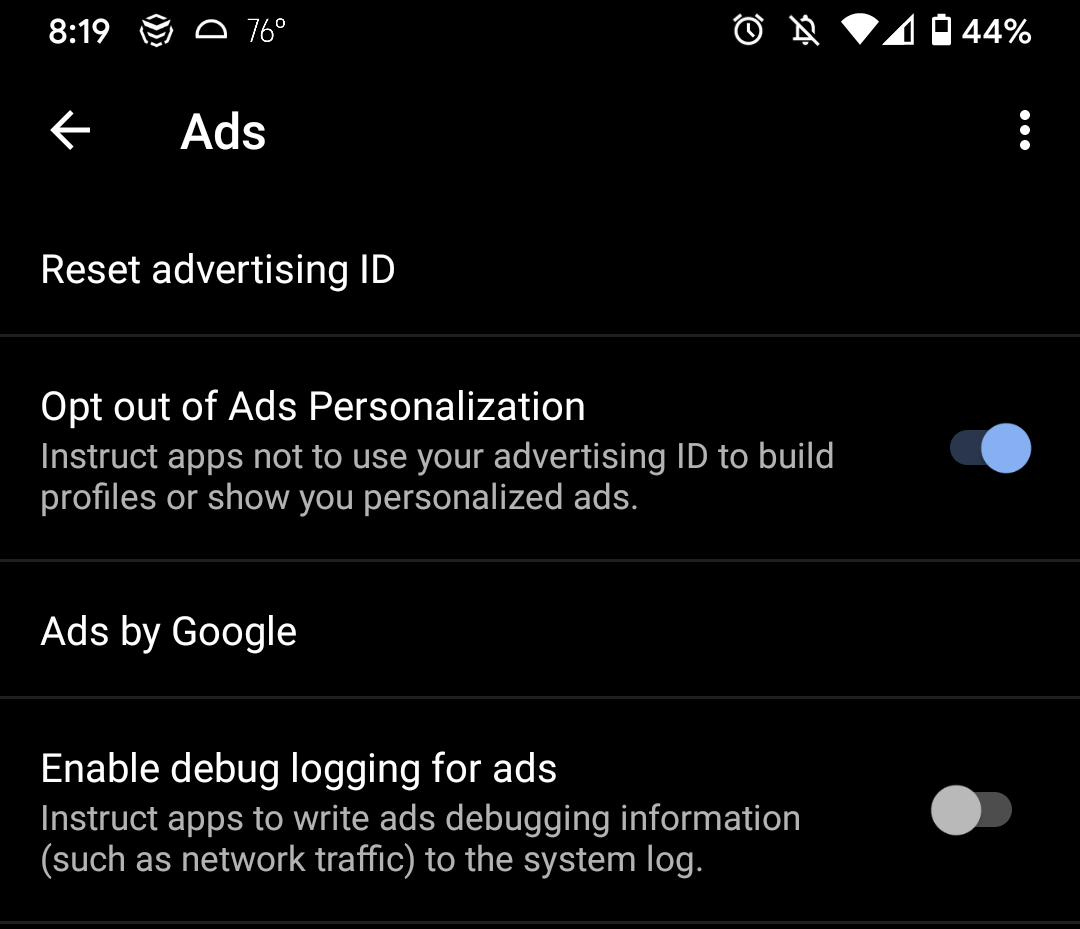 Once you find the “Opt-out of Ads Personalisation” setting, tap the slider to toggle it on (make sure it’s blue). While your advertiser ID won’t be hidden until Android 12 and the Play Store update roll out later this year, it’s still worth enabling the setting now to prevent tracking as soon as possible — and it stops you from seeing personalised ads in your apps.