How to Get macOS 12’s Safari Interface on macOS 11

Apple’s Safari browser will get a visual overhaul as part of the upcoming macOS 12 Monterey update launching later this year, and there are a couple of ways to try out the new browser ahead of the macOS 12 update, including a way to get it now on macOS 11.

What changes are coming to macOS 12’s Safari?

Before we get to how you can test the new Safari early, let’s go over the changes coming to the browser, starting with the new interface that completely changes the look and operation of the tab bar. Safari tabs now float as separate square buttons at the top of the browser window, somewhat similar to Firefox’s recently redesigned tab bar. Unlike the new Firefox tabs, though, Safari is replacing the search bar entirely. Instead of a single URL bar at the top of the window, each tab now has its own, and when you click on a tab it expands to show the full URL, and you can type in other addresses and search terms as normal.

The browser’s page controls are also integrated into the tabs as well. Instead an ever-present “X” button for closing a tab, you now hover over the tab’s icon to make the “X” appear. Similarly, a new “…” button replaces and consolidates many of the common toolbar buttons into a single overflow menu, including the page refresh icon. 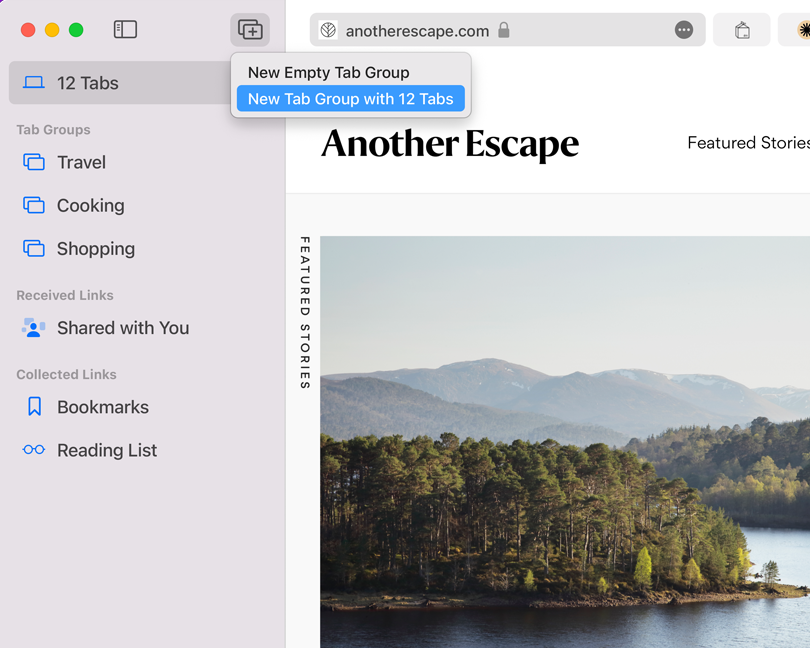 Safari’s UI will also change colour depending on what website you’re on. Clicking between tabs shifts the colour scheme dynamically, though only some websites support the feature for now.

The last big addition in the new Safari are tab groups, which let you open multiple pages in a single tab. Tab groups have appeared in other browsers (to mixed reception), but they’re intended to make multi-tab browsing less cumbersome.

How to try the new Safari before macOS 12 releases

The Safari redesign will be part of the macOS 12 update, but can test the new design now in the latest Safari Technology Preview for macOS 11.3 Big Sur. It’s also available in the macOS 12 beta, but the Safari Preview method is much easier. It also installs as a separate app from the normal Safari. If you don’t like the changes, or you run into issues with Safari Technology Preview, you can just swap back to the regular Safari app until macOS 12 and the new Safari updates roll out and replace the current interface.