Most people aren’t intentionally toxic. Rather, the way we were raised, the relationships we have, or our own temperament can allow bad habits to slip into the way we parent in a way that can negatively impact our longterm relationships with our kids. That’s one of the (many) struggles that comes with this role — we can’t always accurately pinpoint how we’re doing in any given moment. We may not discover for many years whether we’re raising happy, healthy, well-adjusted young adults or not.

Even if we’re perfect, which is an impossible standard, success (however you would define it) is not guaranteed. But there are ways to stack the deck in our favour — starting by ridding any toxicity that has seeped into the way we parent. If you see yourself if any of these, you’re not alone. We’ve all done some of this to some degree at some point. We’ve all had bad days. Kids are both resilient and forgiving, and there’s always time to course-correct. The first step is recognising the areas that need a reset.

Comparing your kids to each other 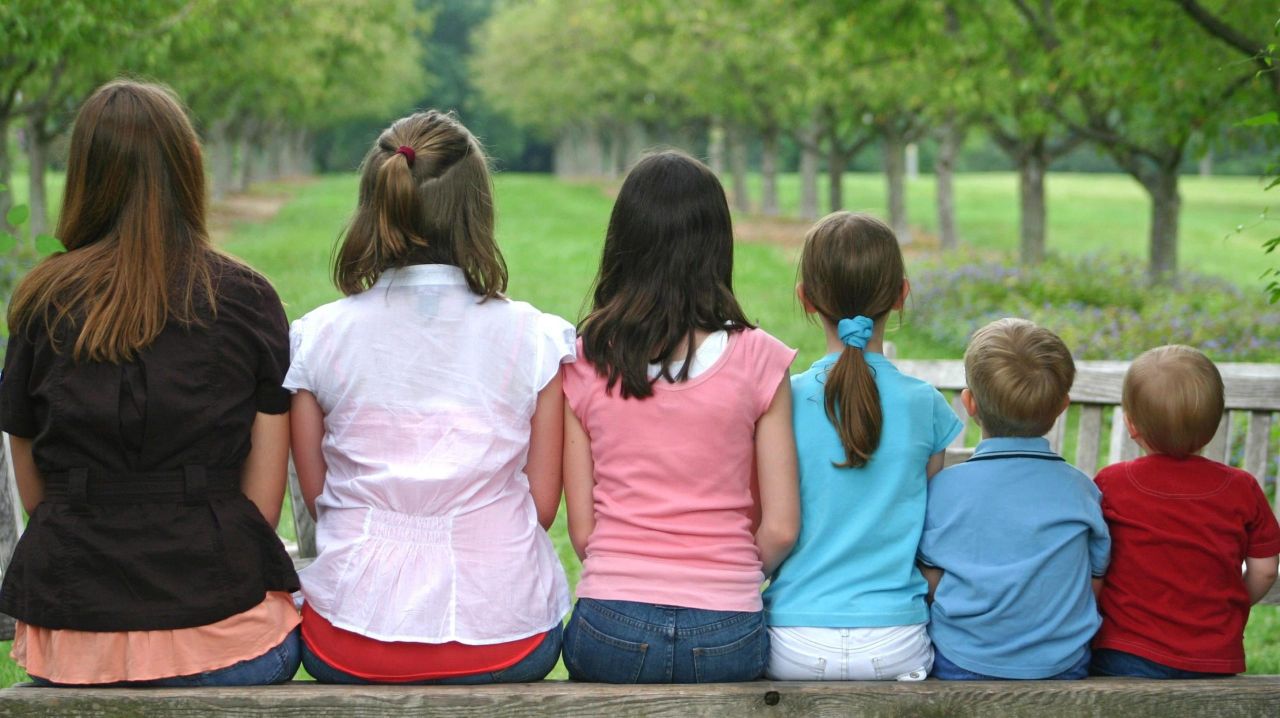 Maybe you’ve got one child who tends to follow rules, do their chores, and get good grades — and another one who, well, doesn’t. When you’re all living under the same roof, it’s impossible not to notice the differences in your kids’ temperaments and behaviours; but those comparisons should reside permanently within your own head. Chances are good they’ve already noticed the differences anyway (how could they not?). A parent pointing out the way one child excels where another falls short is never a self-esteem building exercise, and self-esteem is what you want your kids to have.

Remember that your kids are supposed to be different — they are individuals. Some kids are more challenging to parent, but those kids are often the kids who grow up and blow us away with who they become.

(While you’re at it, don’t compare them to their friends either.)

Confiding your personal problems to them 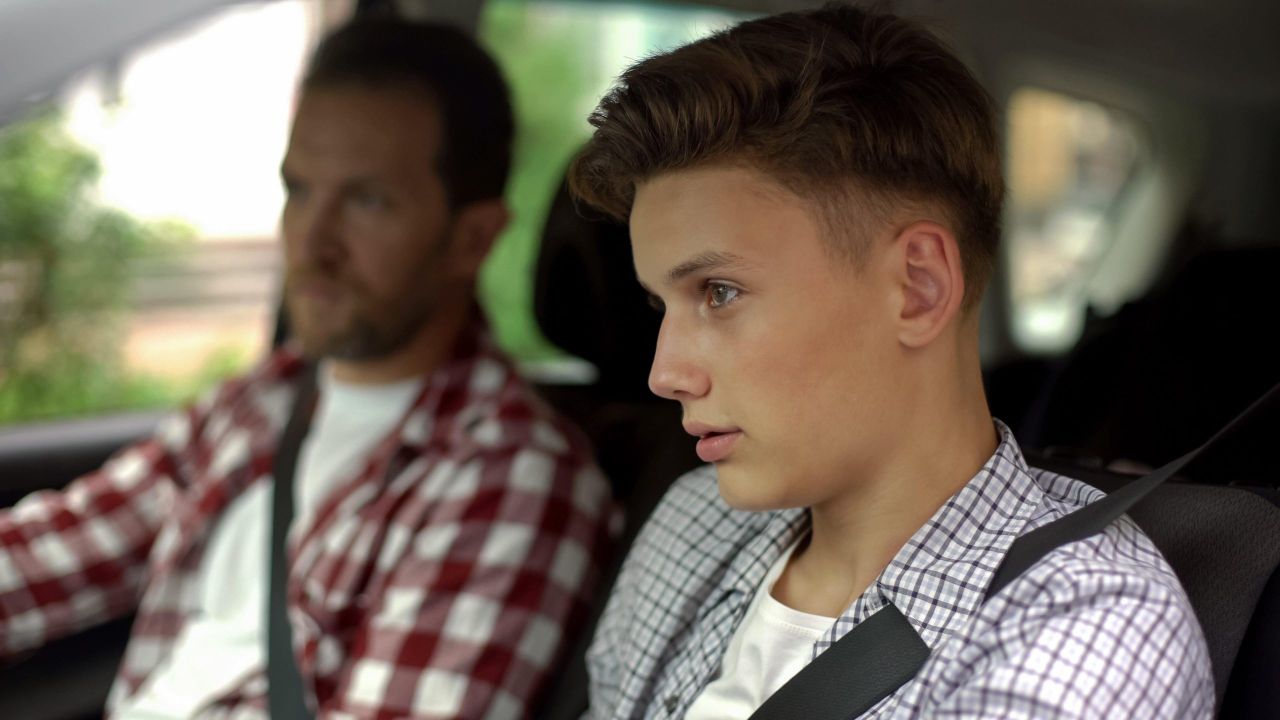 It’s a wonderful thing for a child to grow up in a home where there is lots of open and honest communication — but that openness and honesty crosses the line when kids are expected to take on the burden of grown-up problems. Your child is not the person to talk to about marital problems, financial stress, or toxicity within your extended family.

Even if you feel like you’re just venting for a moment, kids may worry about whatever you’ve confided in them long after you do. They don’t have the same perspective you may have on a problem, and even if you’re just momentarily annoyed that their dad failed to take the trash out again, they may have a friend whose parents are going through a divorce, so now they may silently worry that this may mean you’re going to move out. You should be their sounding board, but not the other way around.

(Additionally, you should never blame them for whatever problems you’re experiencing or imply how much easier life was before they came along. Kids are quick enough to blame themselves for all manner of things completely out of their control; they need to know they’re not just loved but wanted.)

Letting your own frustration get the best of you 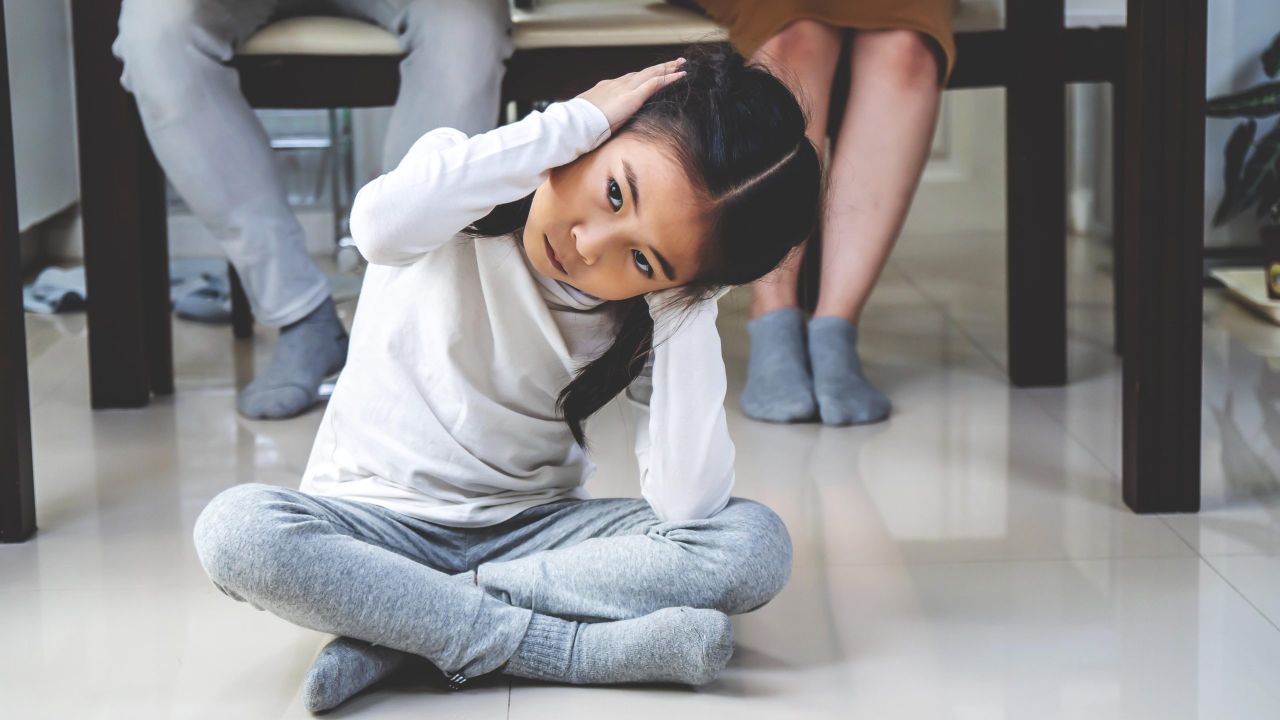 [Child psychology expert] Dr. [Jeffrey] Bernstein believes that parents can recognise how their own frustrations impact their child’s behaviour. “When you learn to identify and manage your own parenting frustrations, you’ll be amazed at how your child’s challenging behaviours can quickly improve,” he says.

This might mean that you schedule extra time into your morning routine to prepare for a lengthy breakfast, or the five extra minutes your child needs to put her shoes on just right. Instead of berating your child for your own lack of planning, find ways to reduce the frustration before it begins. 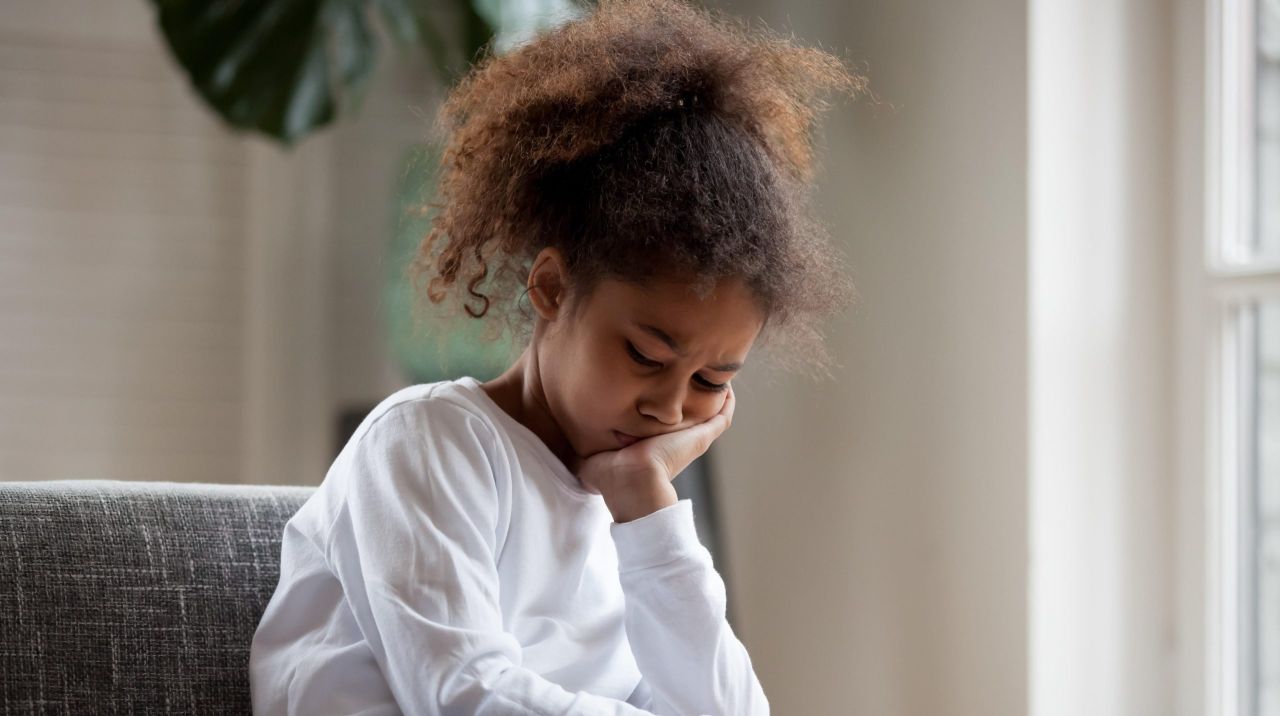 There is a thing my husband and I used to say to our son that we thought was reassuring but actually made him feel worse: “You’ll be fine.” If he’d forget his water bottle at home (my child fears thirst), or he realised he had a longer than anticipated walk ahead of him, or whatever other minor inconvenience he was experiencing, we’d tell him that he’ll be fine. Because we knew he would be.

We knew we could find water if he got thirsty, we knew his legs might get tired, but they’d still carry him the whole way. What we wanted to do was stop the anxiety from building up in him — but our pathetic little reassurance had the exact opposite effect. Now he was feeling stressed and his parents were dismissing his feelings, which, luckily, he clearly articulated to us once so we could better support him in those little moments.

Kids can feel how they feel. How they act out of their feelings may or may not be ok, but a lot of times, they (like us) just need to be heard and validated. And when invalidate or ignore their feelings — or shut them down completely (“Stop crying or I’ll give you something to cry about,” for example) — we’re creating a toxic environment in which they no longer feel safe talking about their feelings.

Using discipline to punish, not teach 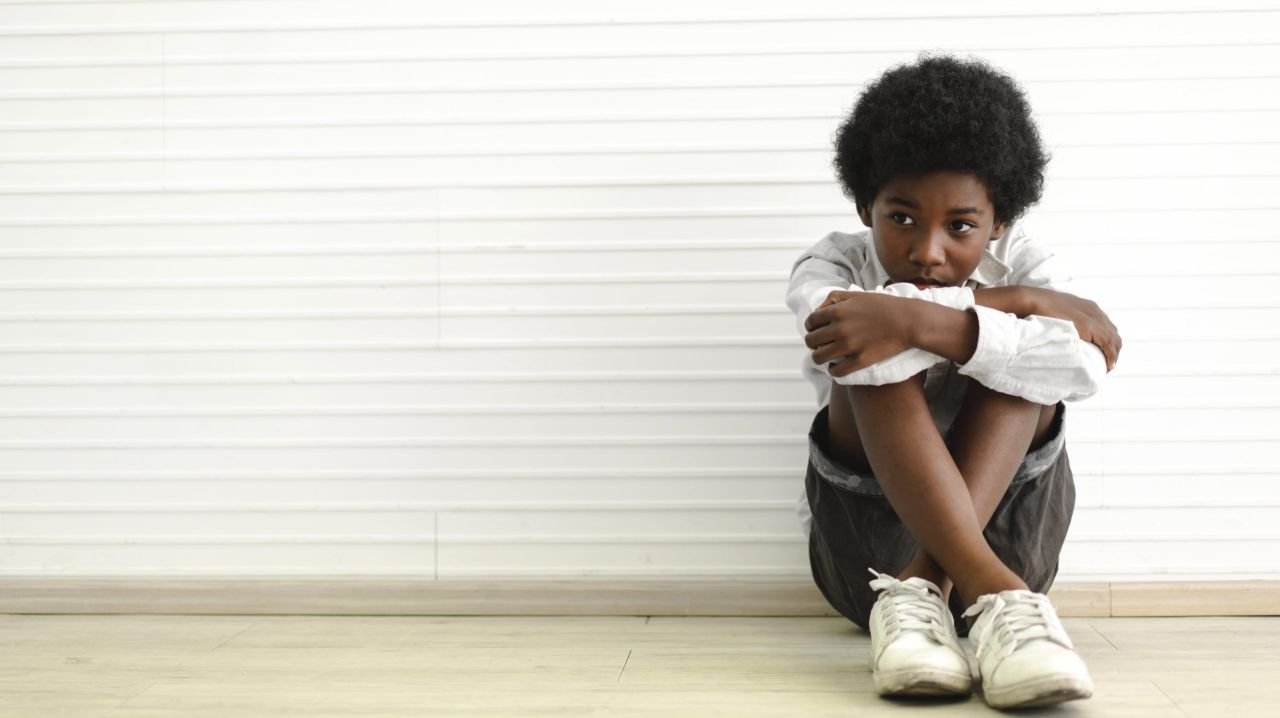 Do your kids need to experience consequences when they misbehave? Sure, of course they do. But when discipline shifts from a teaching moment to a punishing moment — particularly if that punishment causes harm, embarrassment, or shame — you’ve entered toxic territory. Psychologist Karen Young of Hey Sigmund explains it well here (and offers a different approach):

Discipline comes from the word disciple, as in ‘to teach’. Discipline was never meant to be about punishment for the sake of punishment or jumping on everything they get wrong. In toxic families, children learn to brace, ready for the next ‘gotcha’ that is often impossible to see coming. When we pull them up too harshly for everything they get wrong, the environment feels fragile. The need for control escalates, because of what can come out of nowhere. When they get it wrong, this is an important opportunity to let them see that even when they aren’t perfect, they’re still ok, and so is getting it wrong sometimes.

Influence will always be more far-reaching than control. Influence comes from being someone they want to listen to, rather than being someone they are scared of. Don’t let punishment fill the gap when you don’t know what else to do. Be ok with asking for space and time. “I am not happy with the way you hurt your sister. I need to think about what happens next.” Alternatively, involve them in the process. “You have really hurt her feelings by calling her names. What do you think should happen next?”

Labelling them in negative (or semi-negative) ways 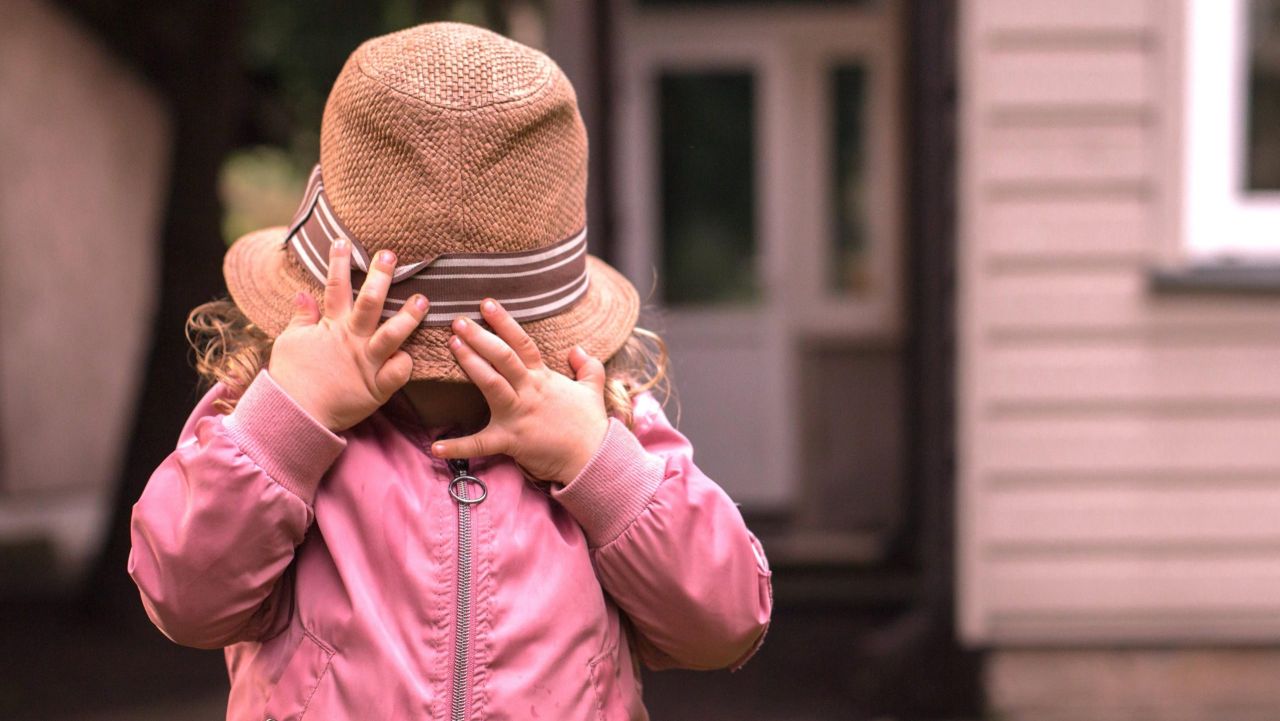 Labels have a way of creeping into our language. At first, we may mean to describe a behaviour, particularly one that is undesirable. But when a label is used over and over, it stops describing the behaviour and, instead, declares that behaviour to be a fundamental truth about the other person. With kids, I’m talking about things like shy, picky, stubborn, bossy, or a crybaby.

Kids have a way of rising (or falling) to our expectations of them. Call a girl bossy, and she learns to keep her opinions and her innate desire to lead to herself. Call a boy a crybaby, and he learns to stuff his emotions deep inside. Call a kid a picky eater, and they become even more resistant to trying new things. Sometimes these labels come out in a well-intentioned way; we are embarrassed that Jimmy won’t greet Uncle Sal, whom he hasn’t seen in two years, so we explain it away as shyness. But kids take our words as absolute fact, and they are likely to see themselves exactly as they think we see them.

Also, avoid globalizing language like, “you always…” or “you never…” It’s not motivating or supportive for a child to try change a behaviour if they know you see it as an inevitable, embedded part of who they are. Instead, you can say something like, “You seem to get frustrated when…” or “How can I help you to…?” It’s the difference between attributing a behaviour or emotional response as a fixed part of who they are, versus something situational that you can help them through. 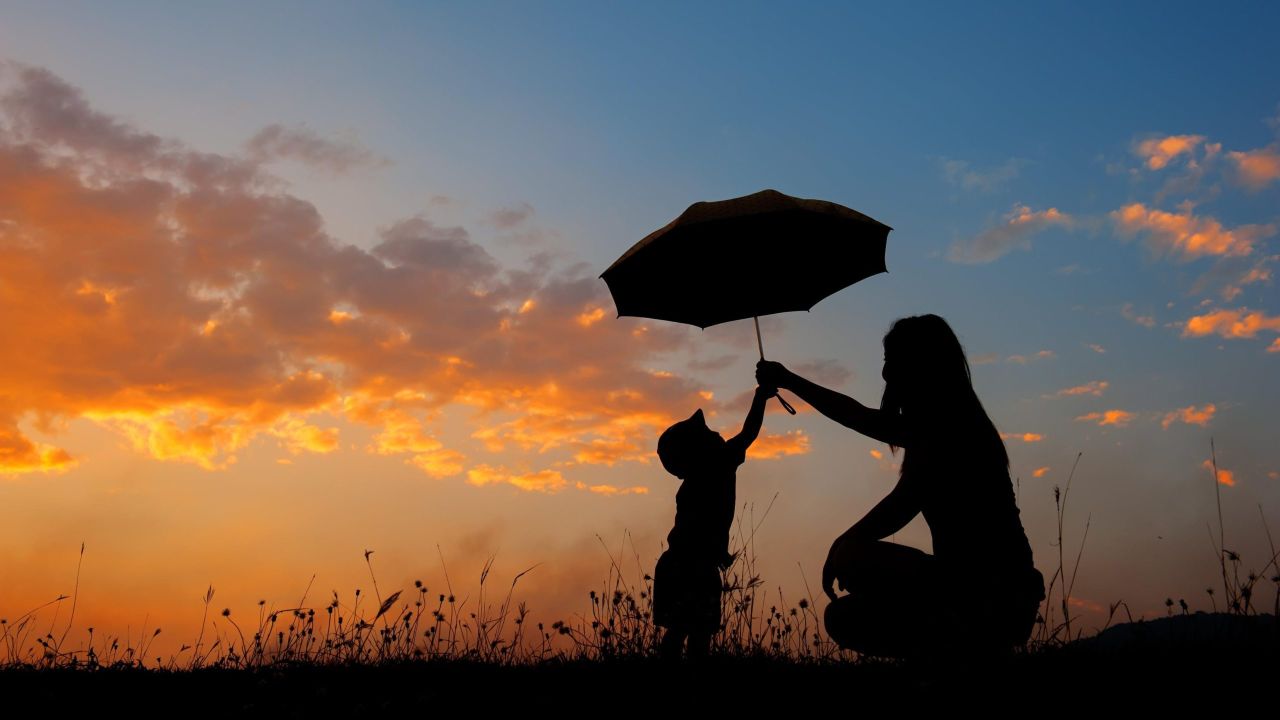 Call it helicopter parenting when they’re younger or an inability to “cut the cord” when they get older — either way, it’s not good. We have to foster our kids’ independence as much as possible so they arrive on their college campus able to get to class on time, advocate for themselves with their teacher, make themselves a bowl of spaghetti for dinner, and do their own laundry.

Instilling competence in them doesn’t happen all at once when they’re about to move out of your home for the first time, though; it happens gradually over time by letting them face age-appropriate challenges. Are they going to spill the milk the first time they attempt to pour it on their own into a cup? Of course they are; we all did. But spilling the milk teaches them that if they’re not careful, the milk comes out too fast, and next time, they’ll pour more slowly. That’s a competence-builder. (Plus they also get to practice cleaning up spilled milk, which you could view as a bonus independence-strengthening moment.)

That’s a minor example, and I’m not suggesting a parent is toxic if they choose to not deal with a gallon of milk spreading across the kitchen floor when it’s already been a long enough day; I’m just saying these little moments of possibility pop up all around us, and we should take advantage of them when we can so that we’re not stifling their ability to grow into independent adults.