Much like the two more prominent mythical creatures who visit our kids, the scope of the Tooth Fairy’s operations can vary from home to home. But unlike Santa Claus and the Easter Bunny, parents need to be prepared for her arrival on virtually any night of the year, as the loss of a tooth is a fairly unpredictable event. And particularly if she’s going to be collecting a tooth in your home for the first time, you may find yourself wondering: What is the going rate for a baby tooth these days?

You may remember waking up to 50c or — gasp — a dollar under your own pillow as a kid. But there’s inflation to consider, as well as what your child’s friends are receiving, and ultimately what you happen to have in your own wallet on any given night. Delta Dental’s annual “Original Tooth Fairy Poll” puts the national average at about $US4.70 ($6) per tooth, which the company says is an all-time high, but which varies by region. Thought it can also differ widely from family to family.

One parent in our Offspring Facebook community recently asked how other families handle Tooth Fairy payments, and the responses varied from a whopping $US20 ($25) for a first tooth down to one gold dollar coin per chomper.

One of the most popular responses in the group was to give a $2 for each tooth — it’s from the Two-th Fairy, after all. But naturally, some parents took it one step further. Behold, Seth’s note, which came in handy one night when his daughter’s tooth was shoved too far under the pillow: 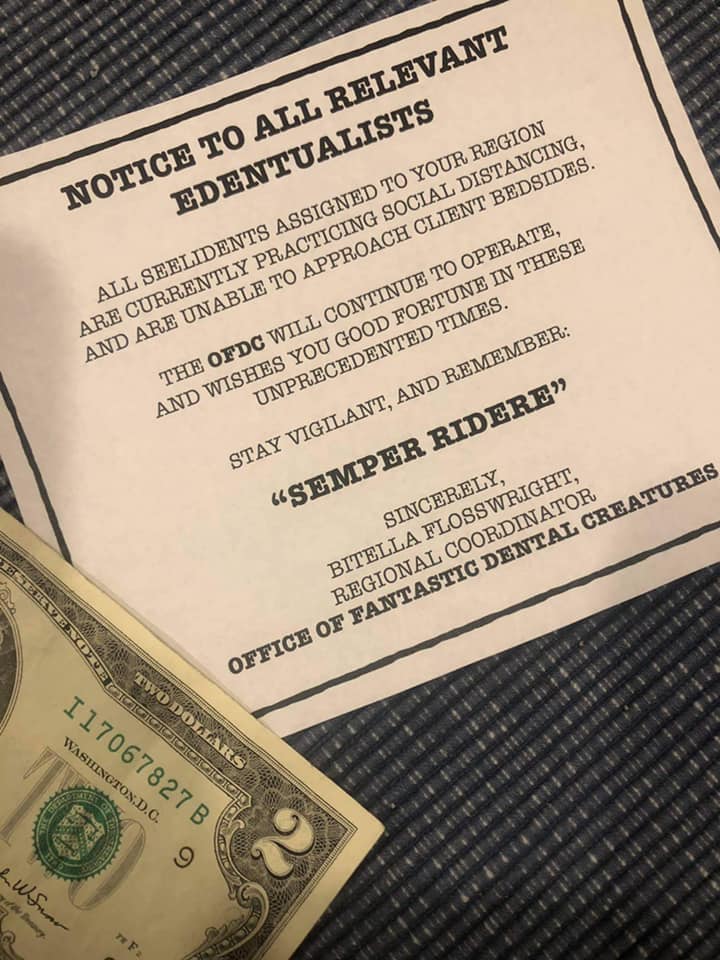 Seth also says, “Chompernica Flapgum, Inventory Management Specialist, has also checked in when there have been lost teeth or a request to keep a particularly gnarly looking canine.”

Other parents used the Tooth Fairy’s visits as a sneaky way to make the kids practice their money-counting skills. The first tooth might bring a dollar bill, but the next one brings four quarters, and then 10 dimes. One parent likes to leave some amount between a dollar or two, mostly in loose change.

And some parents focused more on the magical presentation, rather than the actual amount. For example, a gold coin is nice, as is a bill — but what about a gold coin folded within a bill, like so: 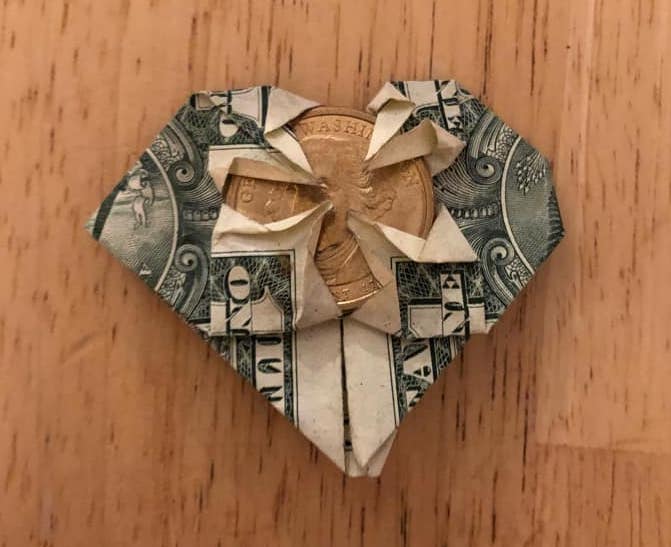 Meanwhile, Carianne says she makes her Tooth Fairy’s money sparkle: “My mum always gave a half dollar or a few quarters that she had painted with glitter nail polish. I loved this ‘fairy money’ and I still have mine to this day. I do the same for my daughter; she loves it.”

Tell us in the comments: How does the Tooth Fairy operate in your home? How much money do your kids score per tooth? (And what do you do when the Tooth Fairy inevitably forgets to visit one night?)