How to Install Android 12 Beta 1 Today

It’s time for Android 12 Beta 1 — your first chance to try out all the fun new changes to Google’s operating system with less of a chance of encountering a nasty bug, taking a performance hit, or running into other beta-bred problems on your primary carry device. At least, I’m much more willing to check out the beta version of Android 12 than the wild, wild west of the developer preview, and getting the beta up and running on your phone is simple.

To get started on a Pixel phone, simply head on over to this site and enroll your device in the beta. 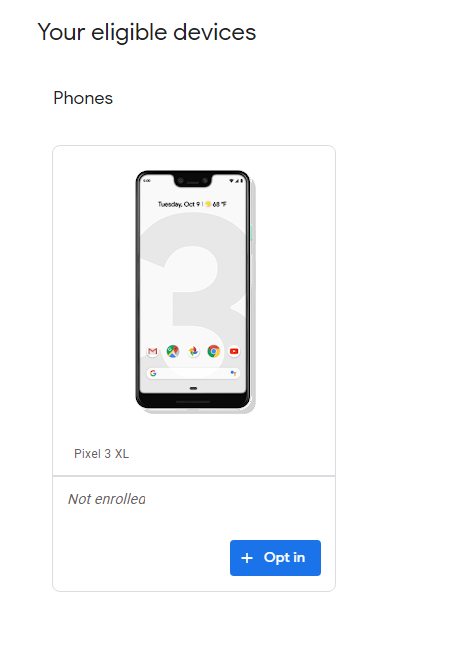 If you have a device from another manufacturer, check to see if its eligible — and for personalised instructions on how to get started — at this link. Supported manufacturers include:

On the Pixel, for example, you’ll have to accept the beta program’s terms and conditions from Google’s site. Once you’ve done that, however, you should be able to perform a regular system update (via Settings > System > Advanced > System update) to get Android 12 on your device right away. 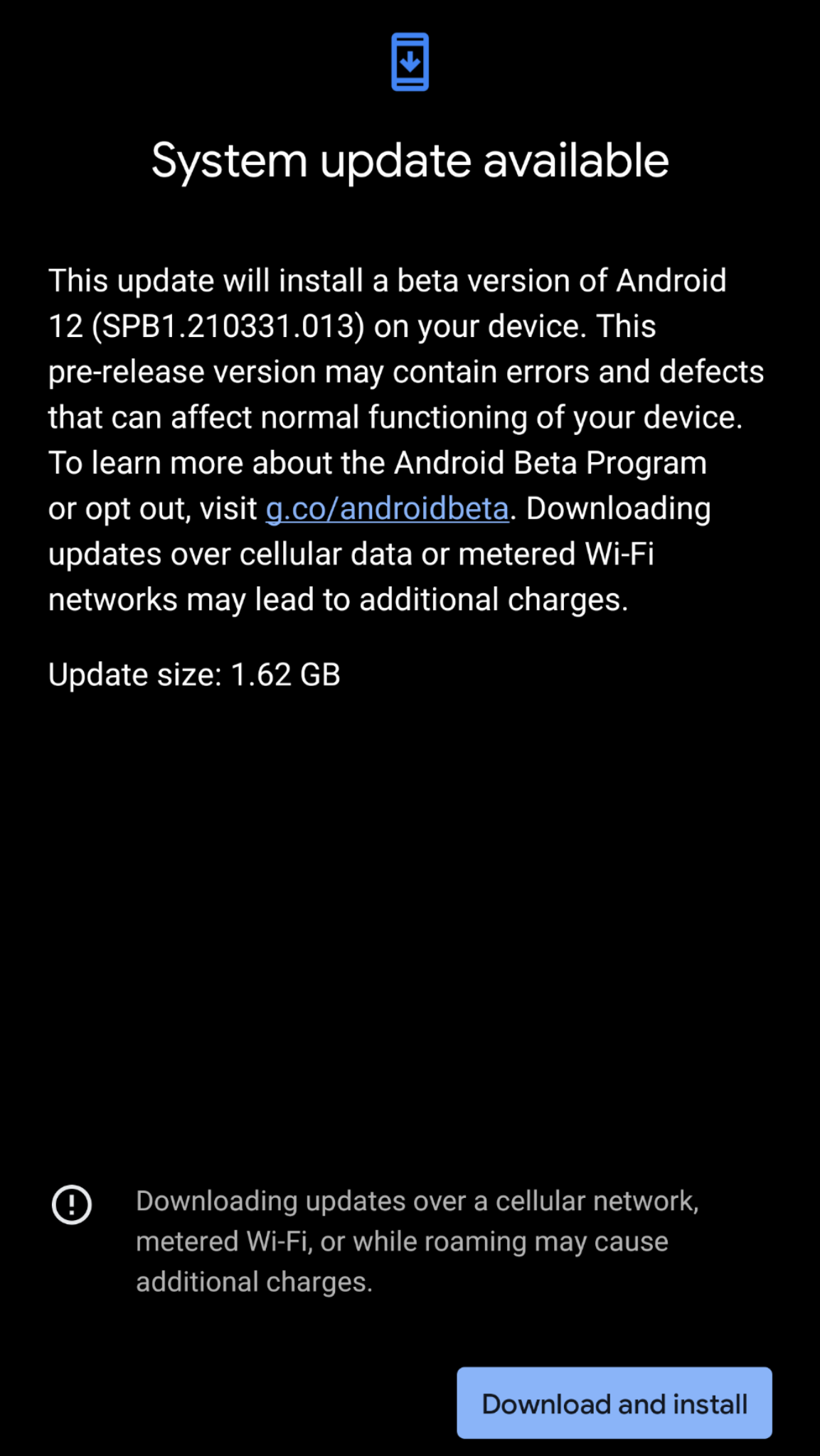 As you can see, the Android 12 update clocks in at just around 1.62GB on my device. YMMV, but make sure you setting aside enough time for the download and installation. It’ll take a little while.

If, after upgrading, you find yourself looking to leave the Android 12 beta, make sure you’ve backed up everything on your device either to the cloud or some other local location. That’s because unenrolling your device will require you to wipe your data and revert back to the latest version of Android 11; there’s no way to downgrade from Android 12 to Android 11 and preserve everything on your phone the way you experienced the upgrade from Android 11 to Android 12. Them’s the breaks — which is one reason you might want to hold off on the beta if you’re at all hesitant about fussing with your primary device.

It’s fun to play with new features, including all those new stylistic changes and privacy settings coming to Android 12. However, you might be in for a bit more work if you find the beta is not yet to your liking. But stick with it if you can — betas only get better, after all.