Most hard-boiled egg recipes will tell you to cover your eggs with cold water, bring them to a boil, then cover and move them off the heat for 12 minutes or so. In my experience, this has always resulted in eggs that are impossible to peel.

Starting eggs in cold water and bringing it to a boil bonds the white to the membrane, which makes it extremely hard to peel away the shell. Because of this, I always use a hot start (whether I’m boiling, steaming, or pressure cooking). This results in peelable eggs every singe time, but it can also result in the occasional cracked egg. My rate for cracked eggs was about one in six, which isn’t so bad when you consider that I like to use more yolks than whites for my deviled eggs, but even I must admit that no cracked eggs would be an improvement.

When you do eggs you should follow the Jacques Pepin method. It is the method I learned before I even knew who Jacques Pepin was. He starts by poking a very small hole on the large side of the egg shell. This will help release the gas that is inside the egg when you go to boil it. It will create a rounded space where you have very flat spaces on your eggs right now. The gas is released and the whites are able to move into that space.

I had heard of this Pepin rec, but had never tried it (out of sheer laziness), so this seemed like a good time to finally put it to the test. I poked the bottoms of my eggs with a thumbtack to create tiny holes, then lowered them straight into boiling water for nine minutes before rinsing them in cold water and peeling them. It worked, and it solved my cracking issue. Not only were my eggs much more rounded at the bottom, but none of them cracked. And they all peeled like a dream. 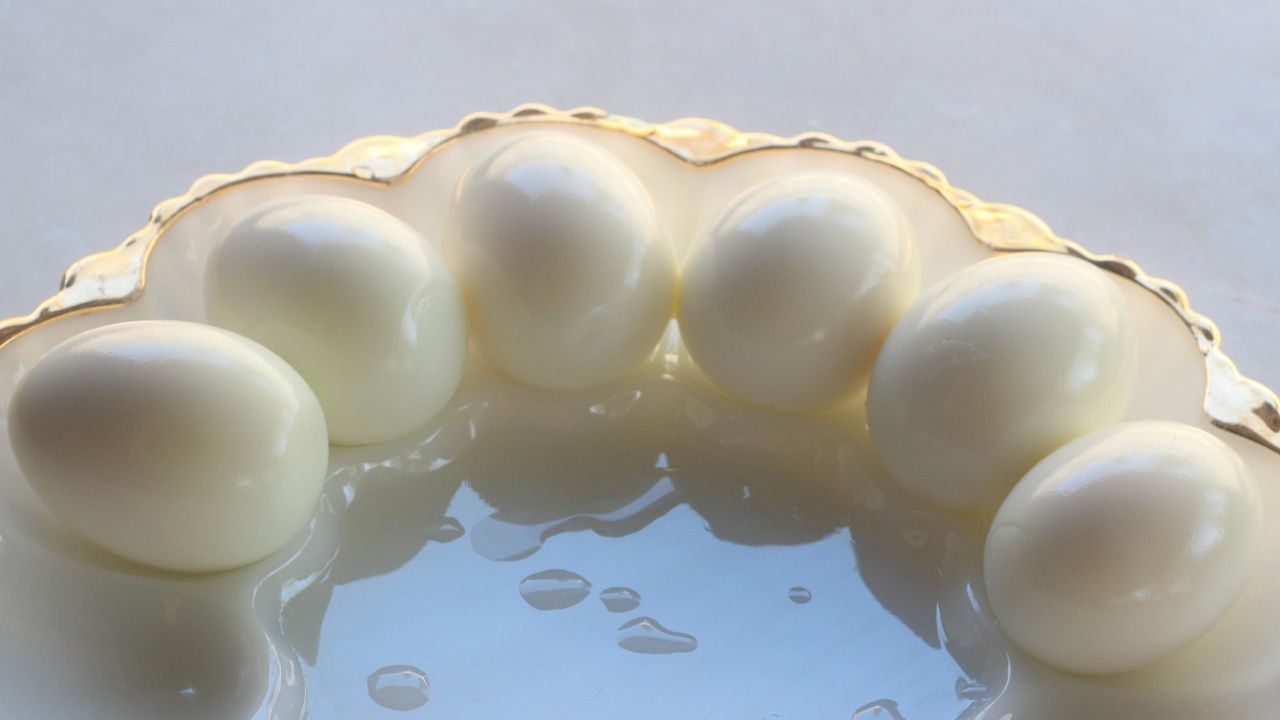 Look how smooth their bottoms are. (Photo: Claire Lower)

All six eggs came out much more rounded than any I have ever boiled before. (At first I was just like “OK,” but then I looked back at my previous eggs, and wow — pathetic.) 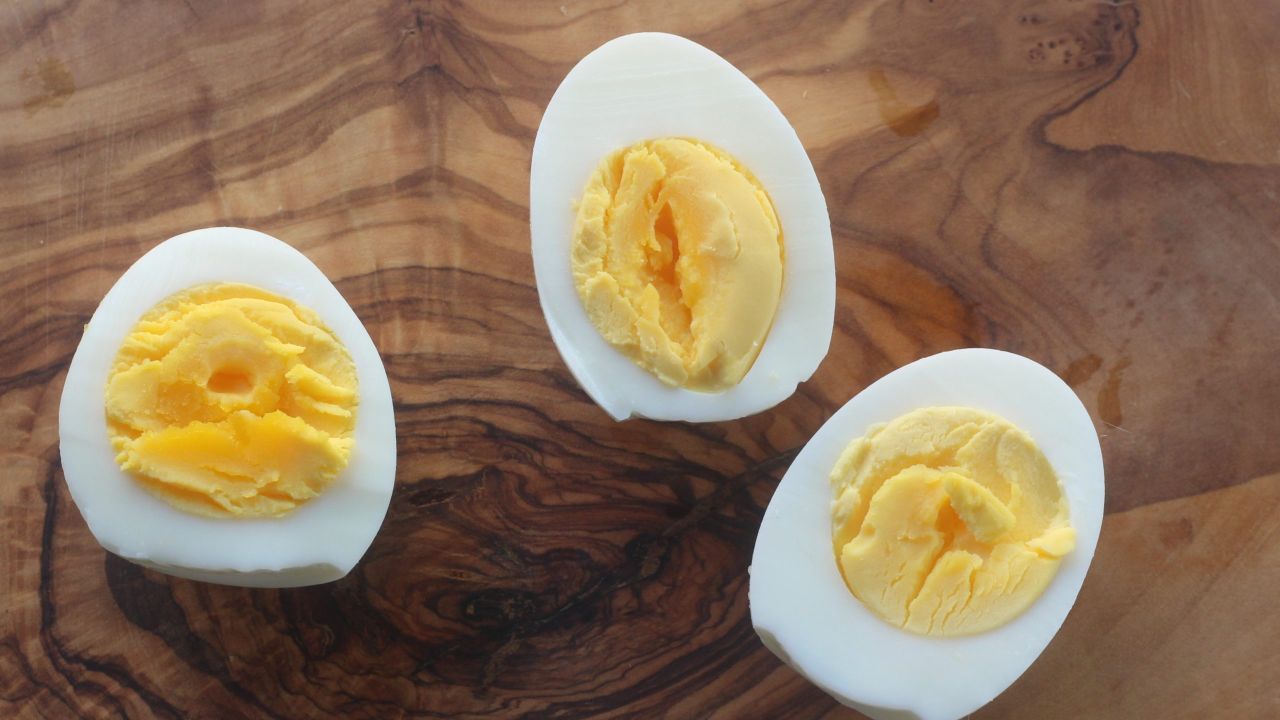 Flat-bottomed eggs do NOT make my world go ’round! (Photo: Claire Lower)

Please take note, however, that when Jacques Pepin says to poke the larger end of the egg, he really means it. I tried boiling some eggs that were poked on the small end (just to see what would happen), and things got quite ugly: 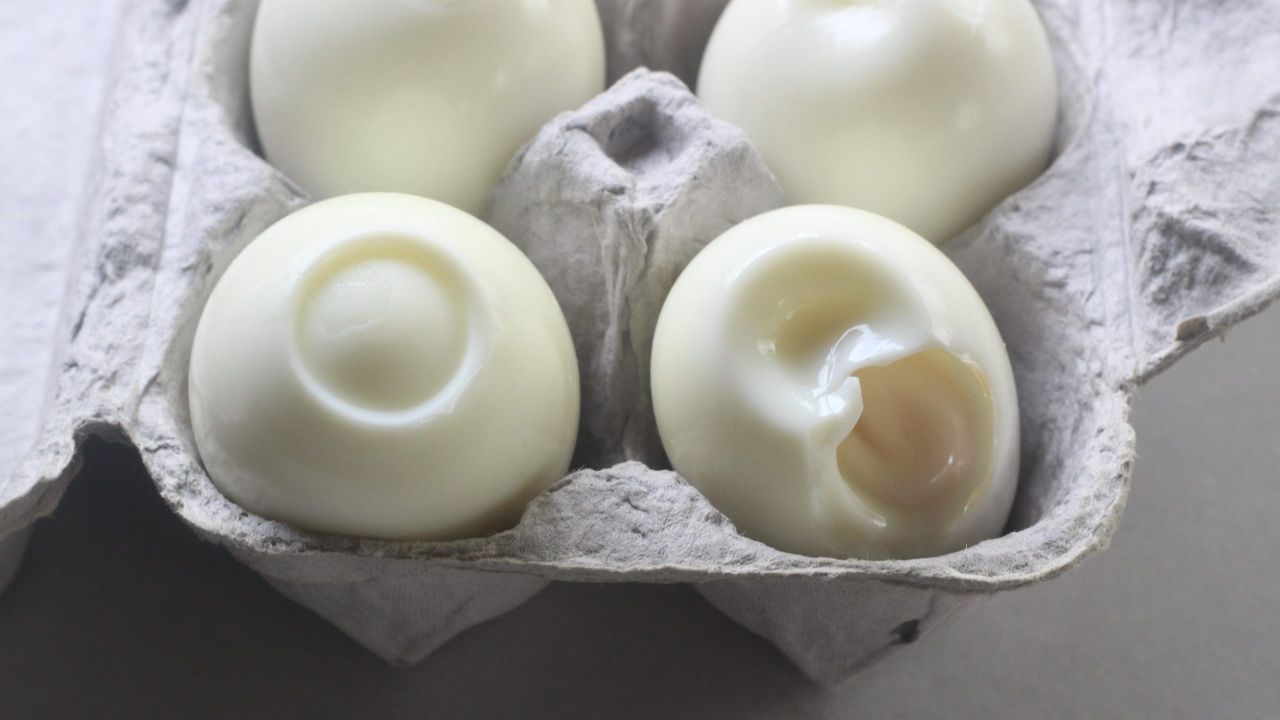 Not only did the eggs form unsightly dimples, but one of them cracked and spilled out into the pot which — again — is something I would like to avoid.

I had also read (on Reddit, I think) that lowering eggs into hot water, then covering and removing them from the heat could help with cracking issue, but even with a poke, this method fused the shells to my whites, making them nearly impossible to peel. 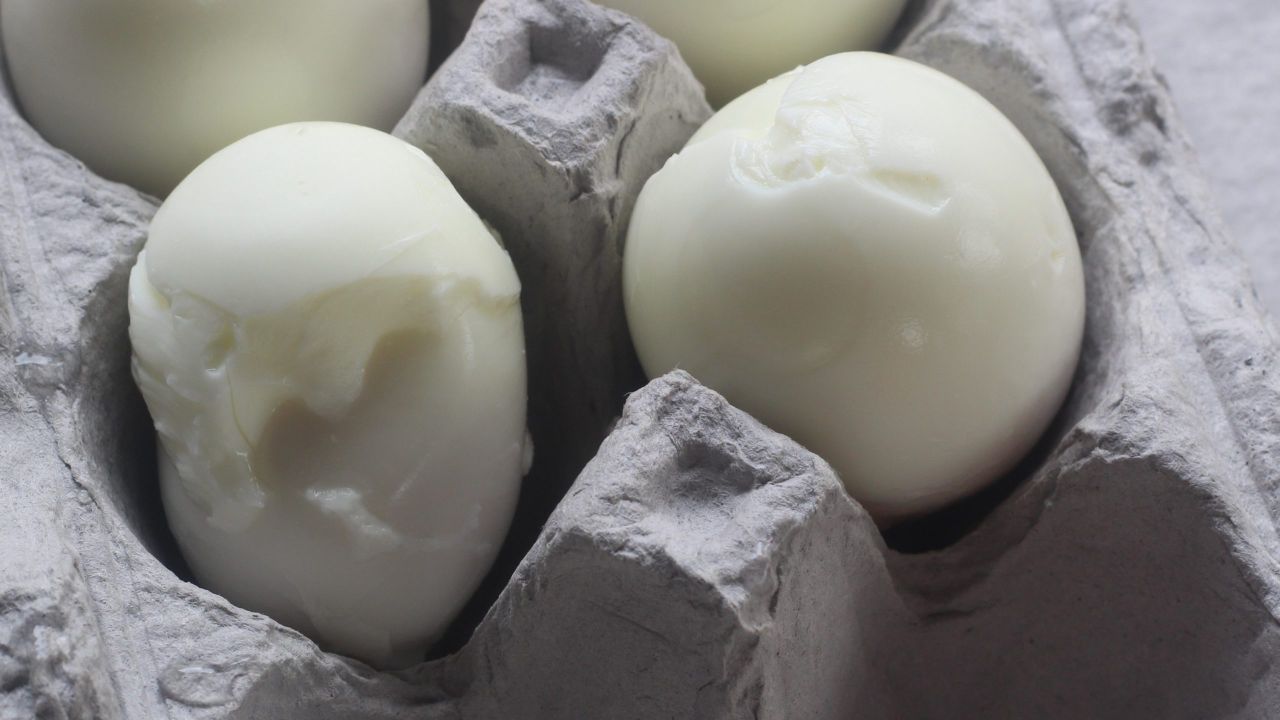 The hole in the bottom of the egg is all you need, is what I’m saying. It not only results in eggs with smoother, rounder bottoms, but it allows you to lower fridge-cold eggs into boiling hot water without any cracking, which means you don’t have to sacrifice even one egg for the sake of peelability.