How to Use Every New Google Meet Feature Announced This Week

Some are available now for everyone, while others are only for Workspace users, and a few won’t be ready until later this year. Here’s a quick look at everything Google announced for Google Meet this week, when each feature is available, and how to use the new stuff released so far. 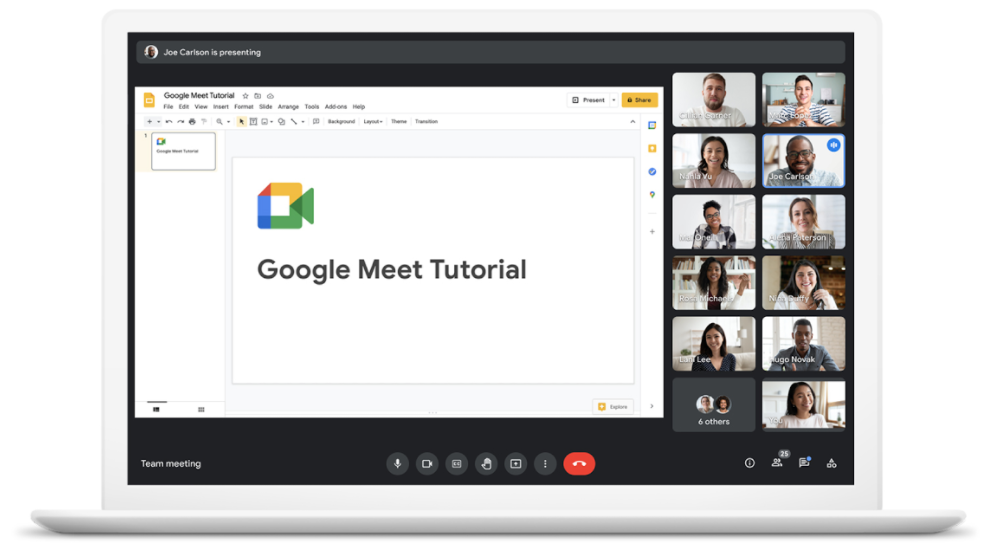 First on our list: Google Meet’s web app has a new interface. There are several tweaks to the overall experience, but the most immediate change affects Google Meet’s button layout.

Google moved all of Meet’s buttons to the bottom of the screen. This includes meeting chat, attachments, and participant list, which now sit in the lower-right corner. The “End Call” button and camera and mic toggles now sit at opposite ends of the main control bar, so you won’t accidentally leave or end a call when turning your mic or video on or off.

Hide or resize your own video feed

Speaking of turning your video off, you can now hide, move, or resize your video feed from the call. This only affects your screen — the other participants will still see you even if you minimise your video, but it’s hidden from view on your end.

There are also new pinning options you can apply to other presenters in the meeting. You can now mouse over a presented tile then click the pin icon to return to the grid view where all video tiles are the same size. This works even if you’re screen-sharing a presentation.

Google also previewed plans for multi-pinning, so you can have multiple video tiles highlighted in an expanded view. That functionality will launch later this year.

Google Meet users on Android and iOS can enable “Saver mode” to reduce how much battery power, mobile data, and CPU resources the app requires. While this impacts Meet’s video quality and performance, it will be helpful when you need to conserve battery life or restrict background data use. Saver mode is rolling out now.

To enable Google Meet’s Saver mode on Android and iOS:

Finally, Google also announced a batch of video enhancement features that are planned for Meet. These aren’t available just yet, but Google gave a preview ahead of their launches planned for later this year.