How to Turn On ‘Hey Spotify’ Voice Controls

Spotify has a brand-new voice helper in its Android and iOS apps. Shout “Hey Spotify” at your device, and you’ll be able to control every aspect of the Spotify app hands-free — useful for when you’re driving or cleaning the house. The first batch of users should have access to the feature now, and the company says it will roll out to more devices in the coming weeks.

While you can control Spotify with your voice through Android Audio and Google Assistant on Android, and in a limited fashion through Siri and CarPlay on Apple devices, “Hey Spotify” interacts directly with the Spotify app. That means you can use the voice controls without having to train your device’s digital assistant to recognise Spotify-specific commands.

Once “Hey Spotify” is available on your device, you’ll need to turn on voice controls in the app to use them: 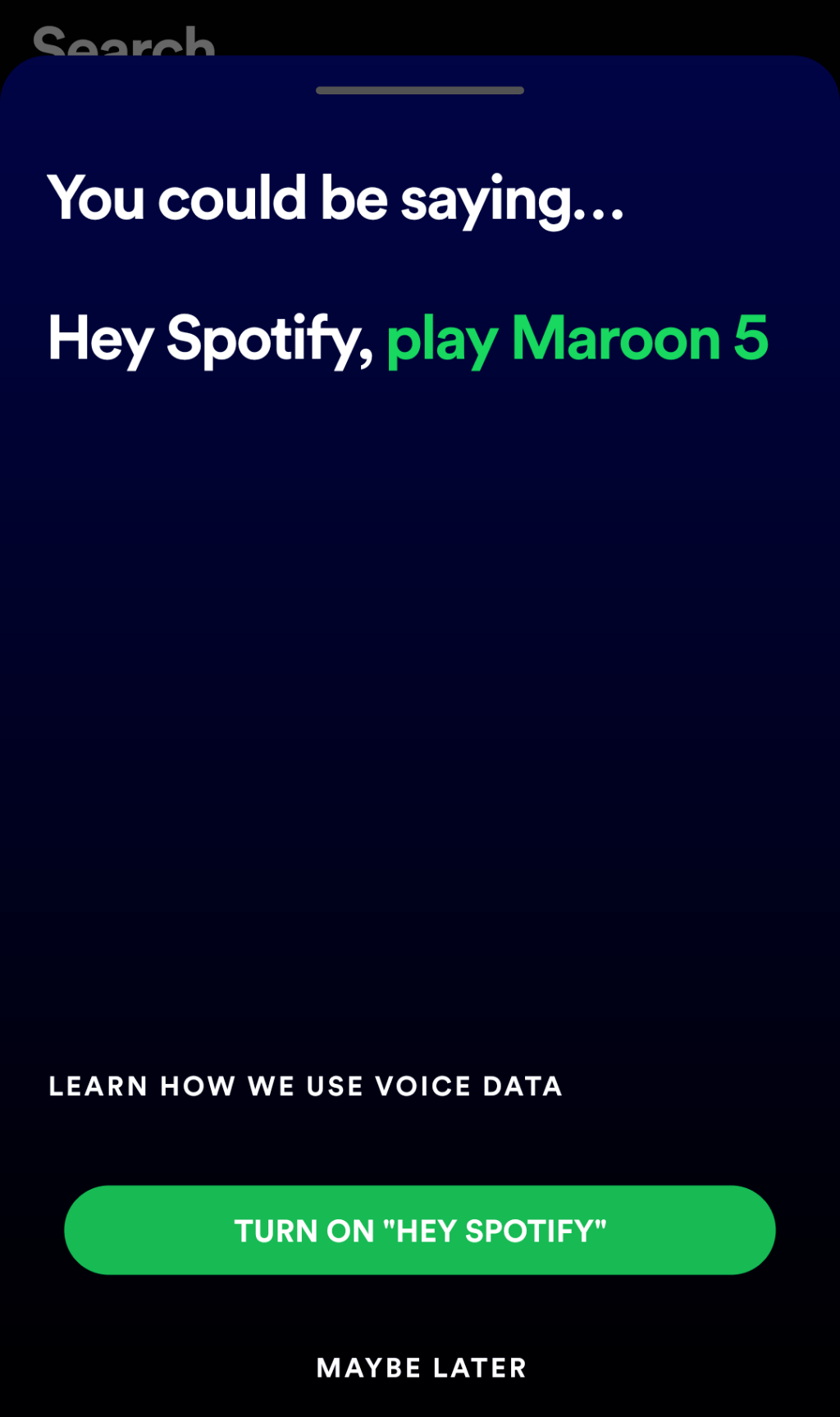 You can now use Spotify’s built-in voice controls. Just say “Hey Spotify,” followed by a command. Ask it to play a specific artist or playlist you’ve made, pause or skip tracks, or load up the latest episode of a podcast. You can also perform voice searches without needing to toggle a special voice mode first.

If you want to turn the feature off, go to Go to Settings > Voice interactions and disable “Hey Spotify.” That’ll prevent accidental activations and is smart for personal privacy if you find yourself never using the feature after you’ve enabled it.

Like other voice-powered apps, Spotify will listen in the background for you to say “Hey Spotify.” Spotify says the app only listens in short bursts that are deleted immediately. If it recognises a command, in-app notifications and audio tones play to let you know the app is recording you at that moment. The recording is necessary for the app to process your commands, but you can read Spotify’s voice data privacy policy if you want to know more about how your voice audio is handled.