You’ve long been able to add some quirky effects to your Clips videos in iOS, but iOS 14.5 brings new augmented-reality effects to the app that you can use to fill your room with Party City-style lasers, virtual confetti, and plenty more. You’ll need an iPhone 12 Pro or iPad Pro with LIDAR (March 2020 or later) to partake, but it’s super easy to get your dance party going if you’re equipped for the job.

First, make sure the Clips app is installed on your device. (I’m not very hip, so I removed it from my iPhone some time ago.) Second, make sure you’re running iOS 14.5. If not, or if you’re not sure, pull up your Settings app and visit General > Software Update to get the upgrade started. 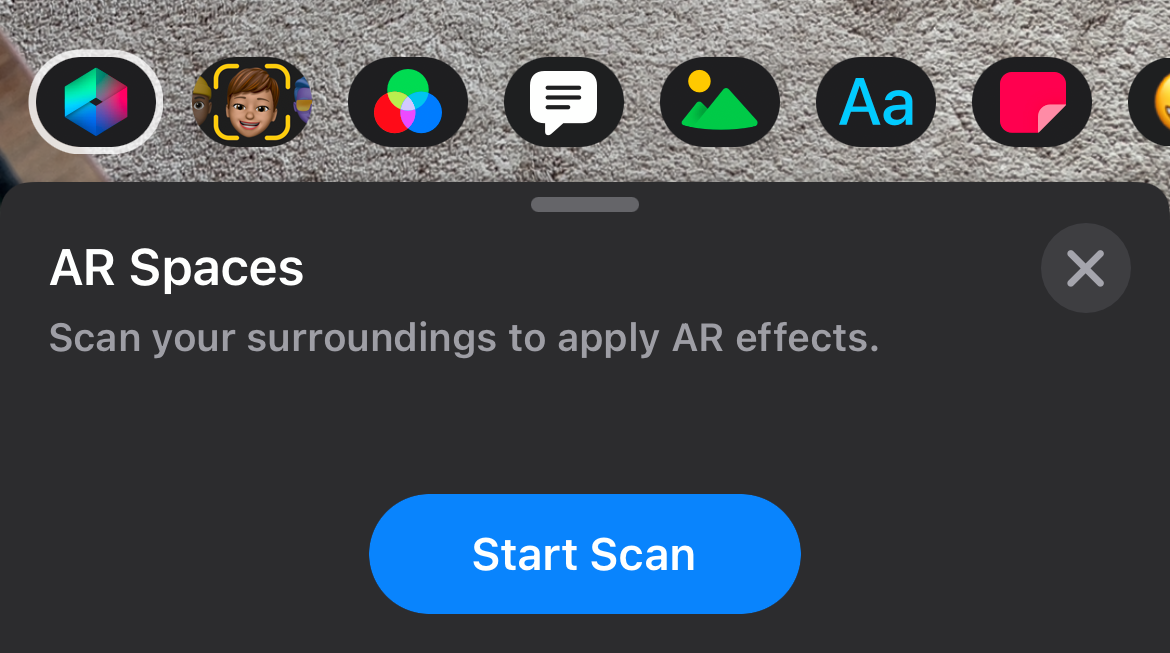 Once you’ve updated to iOS 14.5 and launched Clips, tap on the colourful star icon in the lower-right corner to begin your augmented reality scan — which sounds a lot wilder than it actually is. You’ll simply move your phone around the room to capture everything it can see, including the floors, the walls, and any objects that might otherwise impede your dance moves. You’ll be asked to verify when you feel you’ve scanned enough, which you can always check by moving your phone around and watching what that does to the Holodeck-like pattern you’re viewing. After that, you’ll be able to tap through the various filters to see what the look like. I like the “deadmau5 concert in my room” one, myself. Unlike in my example above, make sure you’ve scanned the empty room before you, your friends, or your pets run into it. Otherwise, their bodies will be seen as an object the augmented reality system needs to work around. When they walk away, you’ll have a them-sized blob in your video that won’t look very good. (What can I say; the cat was eating and wouldn’t budge.)

Making a recording is as easy as holding down the red recording button once you’re satisfied with your AR effects. However, someone does have to continue to hold the button down, which means you’ll be stuck using your selfie camera if you’re the only one around to capture a creative video. Feel free to make all the mistakes you want, though; you can easily trim and split your video after the fact. You can also add additional Camera-style affects — just not more augmented reality ones.