Go Ahead and Crowd Your Bacon

Usually, when one cooks something in a pan, they are limited by the size of that pan. This is somewhat true with bacon, but not as true as you might think. Most of the images we see of bacon frying show the strips neatly laid out and evenly spaced, but you can really pile it in there if you want, even criss-cross the strips on top of one another, to great results.

I first saw this move on Matty Matheson’s Instagram story. I don’t remember what he was making, only that he had a pan that was full of bacon strips — I mean just packed. (Unfortunately I do not have a photo; it was posted on his story, not the grid, and has since disappeared.) I have since tried this porky manoeuvre myself, and ham happy to report it works quite well. 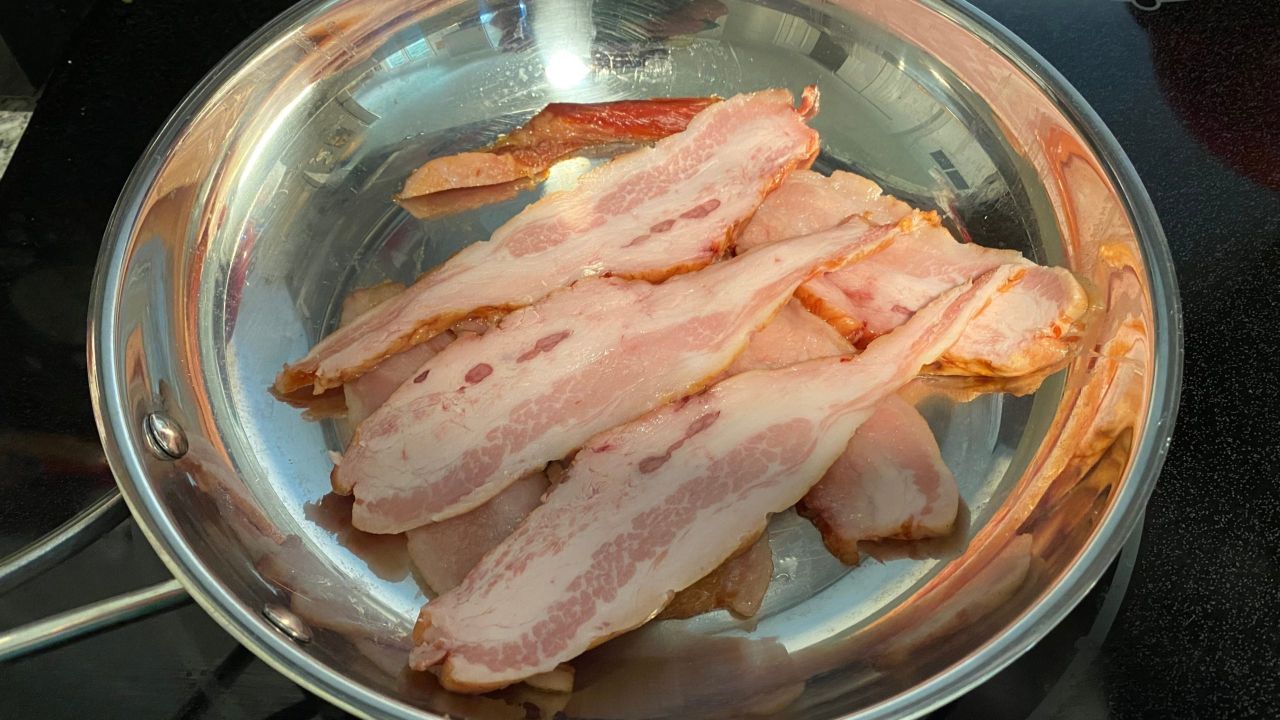 This is a pan of jowl bacon I cooked for last weekend’s breakfast sandwiches. (I usually bake my bacon, but I wanted to fry the eggs in the same pan.) As you can see, the bacon does’t have much room: There are strips on strips, and only some of the bacon is touching the pan. As it turns out, this was not problem. I started the bacon in a cold pan and let the fat slowly render out over medium-low heat. The strips shrank as the fat moved out of the meat and into the pan, creating enough room (and enough grease), so that ultimately, each piece was shallow fried in lots of hot fat. 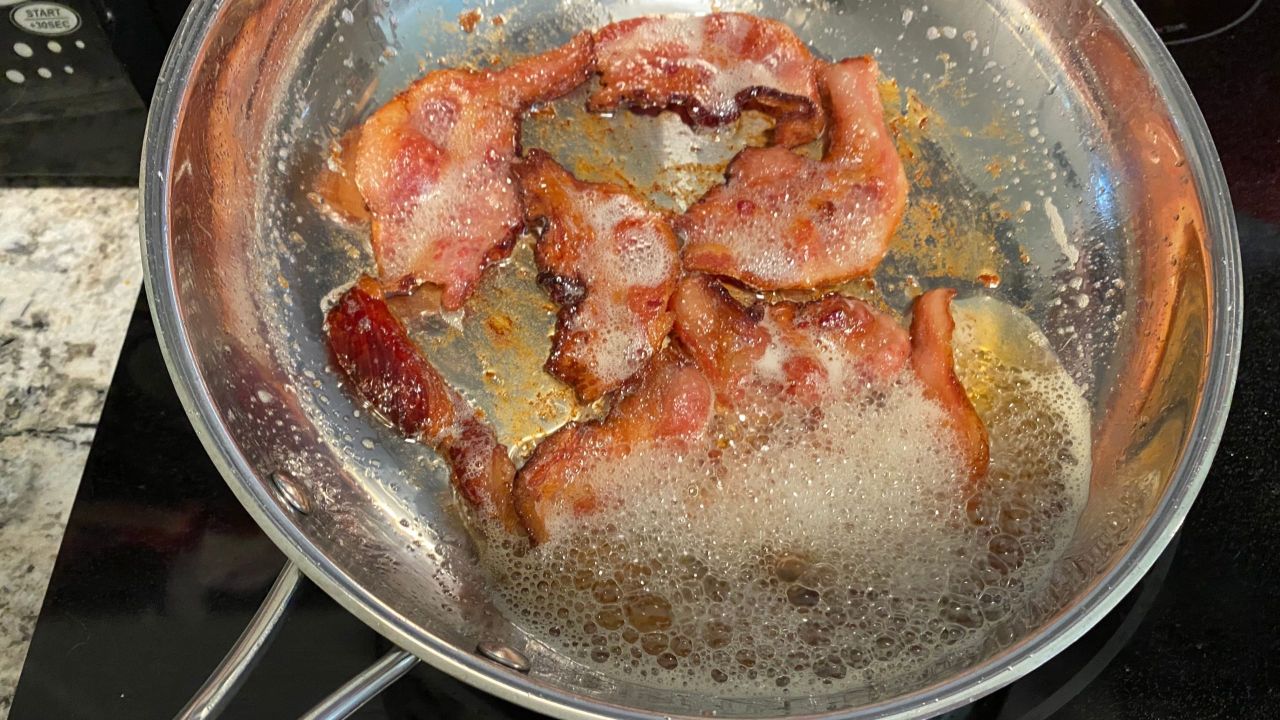 A large amount of fat in small pan is good thing — you can swirl the grease around the bacon and crisp up the top and the bottom of each strip at the same time. This means less flipping, which some people — like me — really appreciate.

If you are worried about the bacon sticking together: Don’t. It is bacon. It is inherently nonstick, thanks to all the fat. (The only time I ever have trouble with bacon sticking to anything is when I bake really thin strips on a rack, and this is a very different scenario.) So next time you go to fry a pan of bacon, don’t worry about giving it space — pack it in there, start with a cold pan, and cook over medium-low heat. You’ll get evenly cooked, super crispy bacon and lots of leftover grease that’s perfect for frying up some lacy fried eggs with crispy edges. It’s a whole lot of crispy stuff, is what I’m saying.