Use Dried-Up Ginger to Make a Flavoured Oil

It seems like it was only yesterday that I tossed a hunk of ginger into my air fryer to roast it, but it was actually an entire month ago. And though I was able to grate it on several slices of tiny tomato toast, I wasn’t able to make my way through the entire roasted root before it became a hard and shrivelled shell of its former self.

Toss a Hunk of Ginger in Your Air Fryer

I don’t think I have ever encountered a form of ginger I didn’t enjoy. Candied ginger, pickled ginger, fresh ginger — all ginger is good ginger. (I’m also a fan of gingers, but that’s not what this is about.) I lean hard on pickled ginger most of the time — ...

This was obviously not ideal, but desiccated ginger — whether roasted or fresh — still has a lot of flavour trapped inside its cellular walls. All you have to do to access it is pour screaming hot oil over its shriveled body.

But first, you have to chop it, which is a requires a lot more force than I initially thought it would, so make sure your blade is sharp and your hands are steady. Once it’s chopped, place it (and a little salt) in a large heat-safe container (I use a large Pyrex measuring cup), and heat some neutral oil until it starts to smoke. Pour the hot oil on chopped ginger, stir, then let cool and strain and refrigerate until you’re ready to use it. 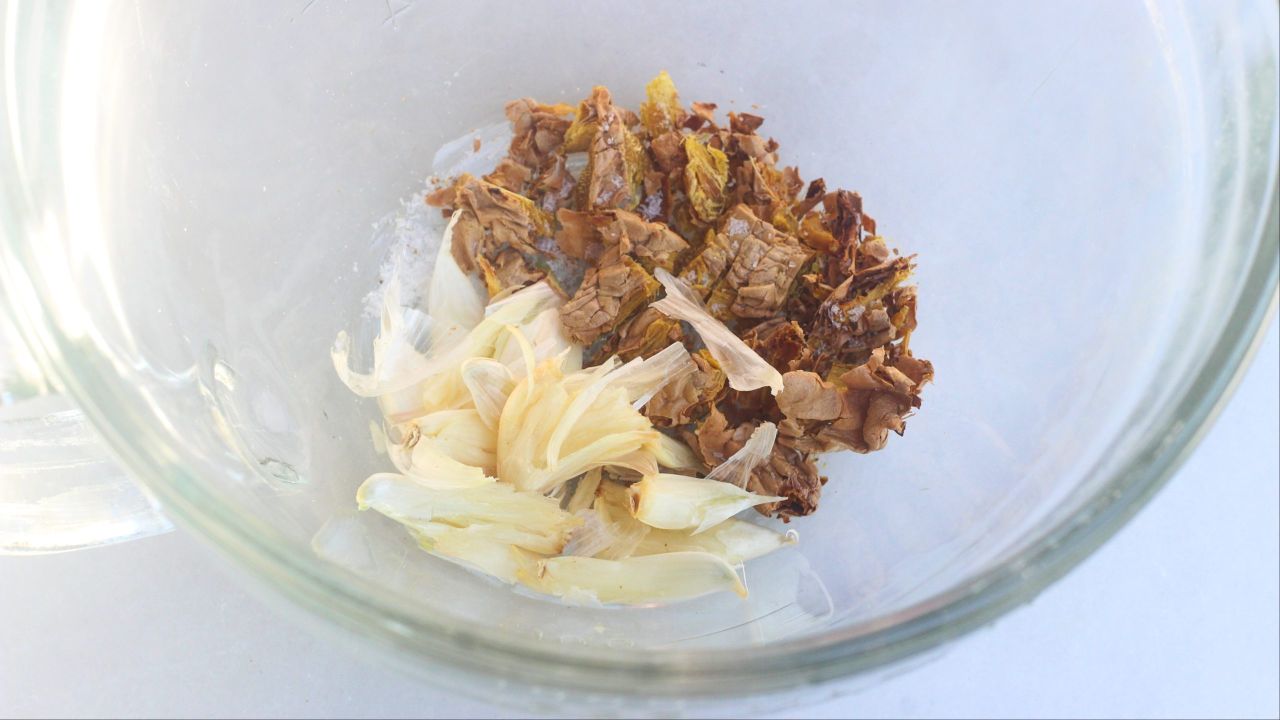 I used a ratio of 1/4 cup oil and 1/4 teaspoon of salt for two tablespoons of roughly dropped dried ginger, but you could go a little heavier with the ginger if you have a lot to use up. You can also add some garlic — otherwise-mostly-useless tiny garlic cloves are great for this. Just smash ‘em up and add them to the container.

A couple of pinches of MSG will yield pleasing results, as will any other aromatic that you would normally add to chilli oil. You can also add dried ginger to your usual chilli oil recipe; just keep the chunks fairly big so you can fish them out or avoid them. Unlike the smashed garlic bits, fried, desiccated ginger pieces are not texturally pleasing. 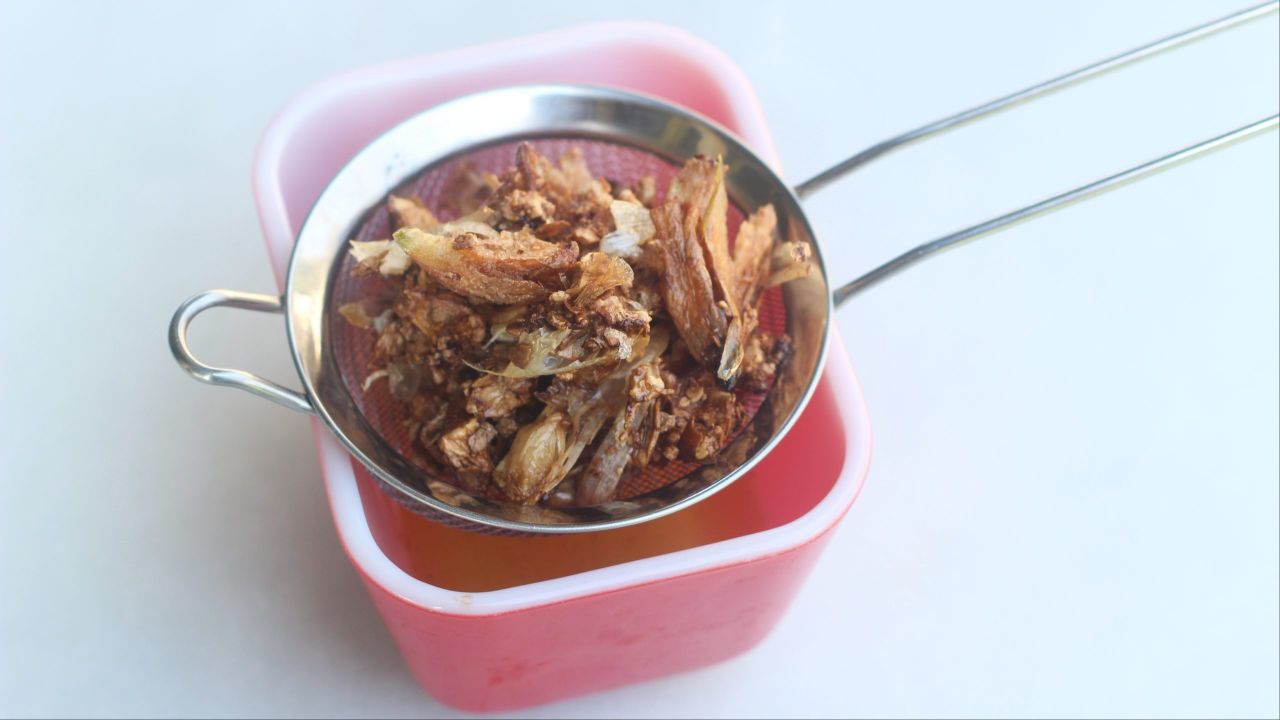 As with any oil that has been infused with fresh ingredients, make sure you use it immediately or store it in the refrigerator. As the University of Idaho Extension program helpfully explains, raw ingredients like garlic or ginger can be a source of Clostridium botulinum (botulism), and that stuff loves an oxygen-free environment, which is exactly what you create when you surround it with oil.

Once your oil has cooled, you can start drizzling it on stuff and things. I like it on rice, eggs, bread, and pretty much every vegetable, and it also makes a great base for a salad dressing or dipping sauce.