The Recipe For An Authentic Irish Coffee

During a trip to Dublin a few years ago I befriended a group of older Irish women at a bar one afternoon, as one does. At some point during the conversation, it came out that I had never had a true Irish coffee. Seconds later they made sure I had one in my hand and I was hooked.

An “Irish Coffee” can mean anything from a cup of coffee with a shot of whiskey in it to the real deal, but more often than not it falls somewhere in between.

A traditional Irish coffee will typically be served in a small glass cup identical to the one in the photo above. It’s most often made with Jameson and sweetened coffee and topped with chilled double cream (liquid cream, not whipped cream from a can) which can be tricky to get just right.

I spent the past week in Ireland and my Irish Coffee dojo Martin demoed how to make the magic happen at one of the bars we stopped in at. You can check out my video of the demo below:

My written directions below are what I was taught and I think lead to a more authentic and tastier coffee, but you do you and adjust as needed.

How to do it

You want to start by warming your class up by pouring in hot water. If you’re using one of those fancy coffee glasses like I have above, you want to put a spoon inside the cup when you do this so you don’t break it.

After you dump the water, fill the glass roughly two-thirds of the way full of coffee and then add some sugar. Jameson says to use two parts Demerara sugar and one part Muscovado sugar, Martin just used three spoonfuls of brown sugar. Yes, it’s a lot of sugar, but you need that amount not only to get the flavour right but also to ensure that your cream will float.

Once you add the sugar give it a serious stir and make sure all of it dissolves, then add your whiskey. For a glass the size above, I used a shot of whiskey and a little extra for “good luck”. If you’re using a larger glass, by all means use more whiskey.

Give the coffee another stir and then you’re ready for your cream. This was the most interesting detail for me. At home when I’ve tried to do this before I pour the cream in and it sinks to the bottom. Not what you want. That can happen when you don’t have enough sugar, but it’s also an issue if you screw up the pouring.

For that, you want to rest your spoon right on the top of the coffee in your glass, so close that the bottom of the spoon is getting wet, but there isn’t any coffee inside the spoon. Then you slowly pour the cream into the spoon, allowing it to disperse across the top of your drink. 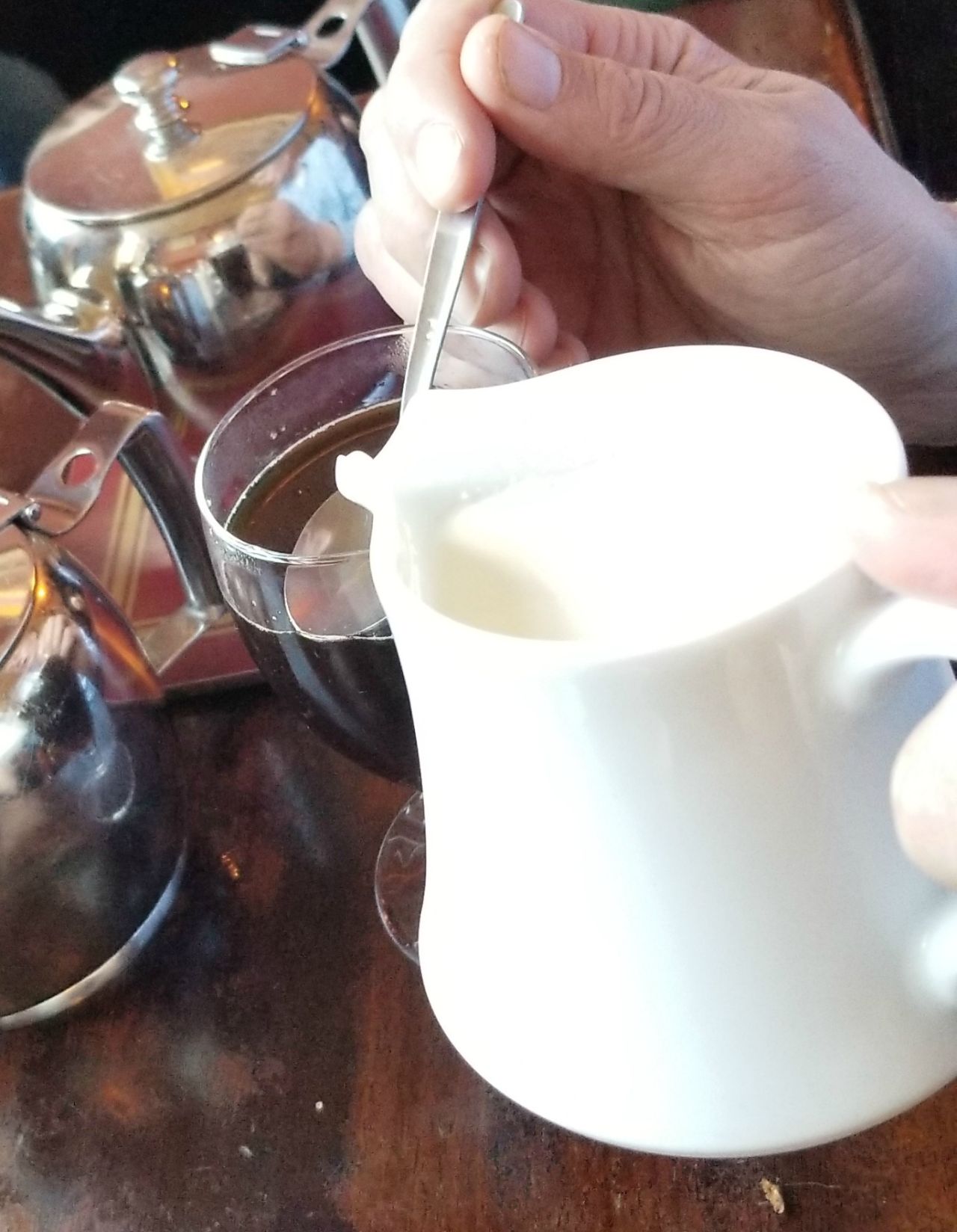 The Jameson video above spoons a heavier cream over the top which also works, but doesn’t look as good in my opinion. If you want to go super easy you can also use canned whipped cream, but that’s pretty far from authentic and definitely not as tasty.

If you have your spoon in the wrong spot, which is easy to do, then you just end up with cream throughout your glass. It’s still delicious, but definitely not as pretty.

If you’re looking for a delicious treat this St. Patrick’s Day I definitely recommend giving an Irish coffee a try. You’ll thank me later.

This article was originally published in 2018 and has been retimed to celebrate St. Patrick’s Day.