Overcast Is Now the Best Podcast App for Apple Watch, Too

The iOS Overcast app has been my go-to for podcast listening for some time. But while I have an Apple Watch, I have never really used it to manage my podcasts. Thanks to an updated UI from Overcast, though, that will change.

To check it out for yourself, download the latest version of Overcast for iOS. The app is free, but it’s advertising-supported; if you don’t like that, a $13/annual subscription is available to relieve you of the visual burden.

From there, pull up the Watch app on your iPhone, scroll all the way to the bottom, and install Overcast (if you haven’t already). 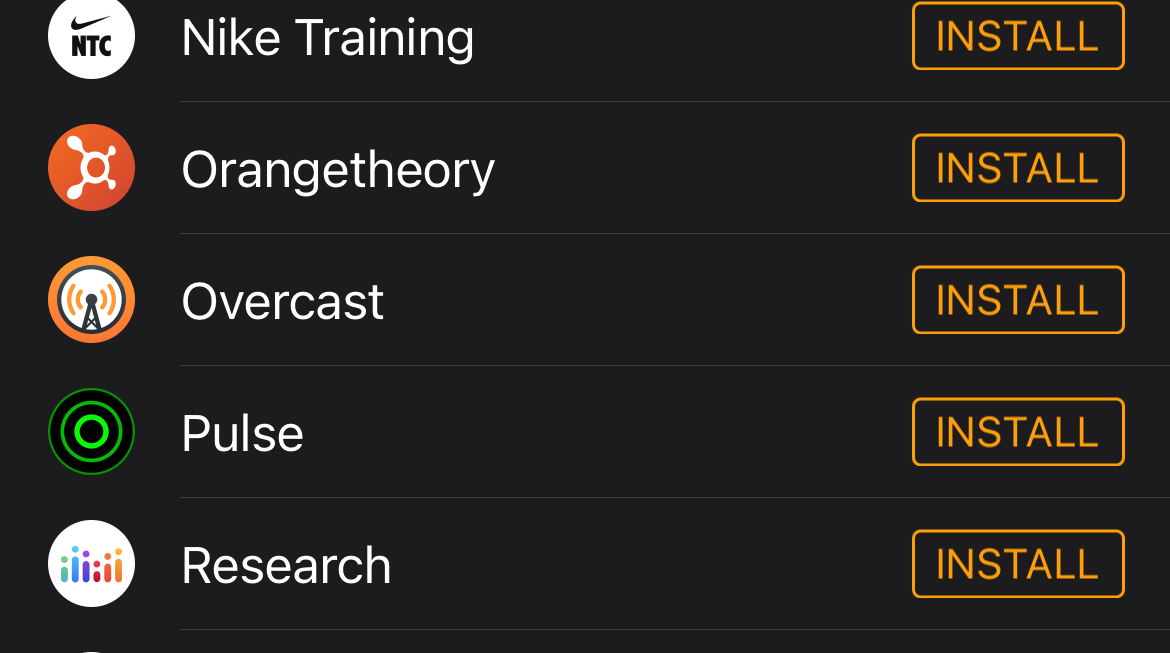 Launch the app on your Apple Watch and wait for it to synchronise up with your iPhone’s version of Overcast. You’ll then be taken to a new main screen that offers a handful of icons at the top of a vertically scrolling list of your podcasts — a welcome change from the app’s former, horizontally scrolling interface. Accessing your shows and episodes is now a lot easier and faster. 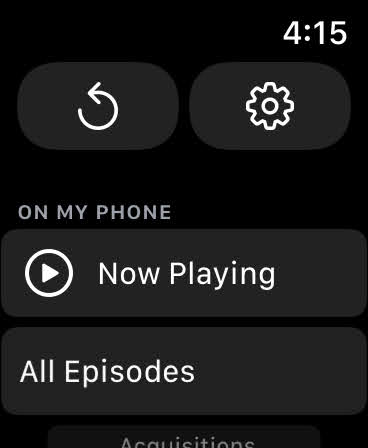 That icon in the upper-left allows you to synchronise your Apple Watch’s version of Overcast with your iPhone whenever you want. Make note of this, because you’ll definitely want to tap it a lot if you’re doing a lot of local playback on your Apple Watch — though I should point out that synching your apps won’t immediately mean you have anything to listen to on your Apple Watch. In Overcast’s default settings — which you can adjust by tapping on the Gear icon — the Apple Watch app will download the first 20 episodes in your playlist only when it’s charging and connected to wifi: 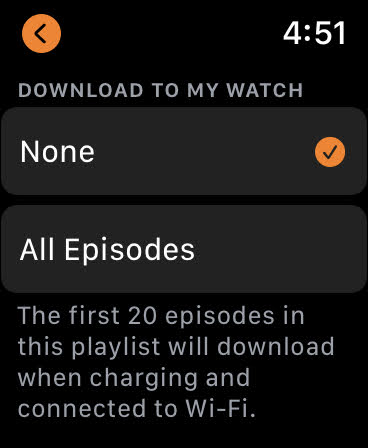 When you play a podcast — either on your watch or by controlling your iPhone with your watch — you’ll now see a triple-dot button in the lower-right corner. Tapping it will pull up a description of the episode you’re listening to. You’ll also go here to adjust the playback speed and, if your episode supports it, skip through its various chapters. 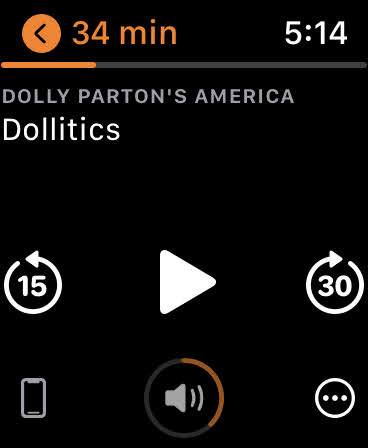 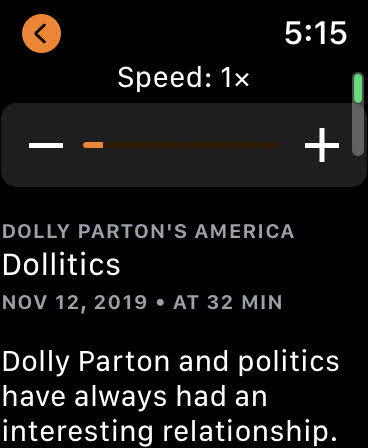 Beyond UI updates, you’ll now be able to ask Siri to play a podcast by name “in Overcast” to launch it directly. And that includes podcasts you aren’t already subscribed to, which is a great additional touch. Finally, if you’re using the Solar watch face for your Apple Watch, you’ll be able to add an Overcast complication that launches the podcast app directly: 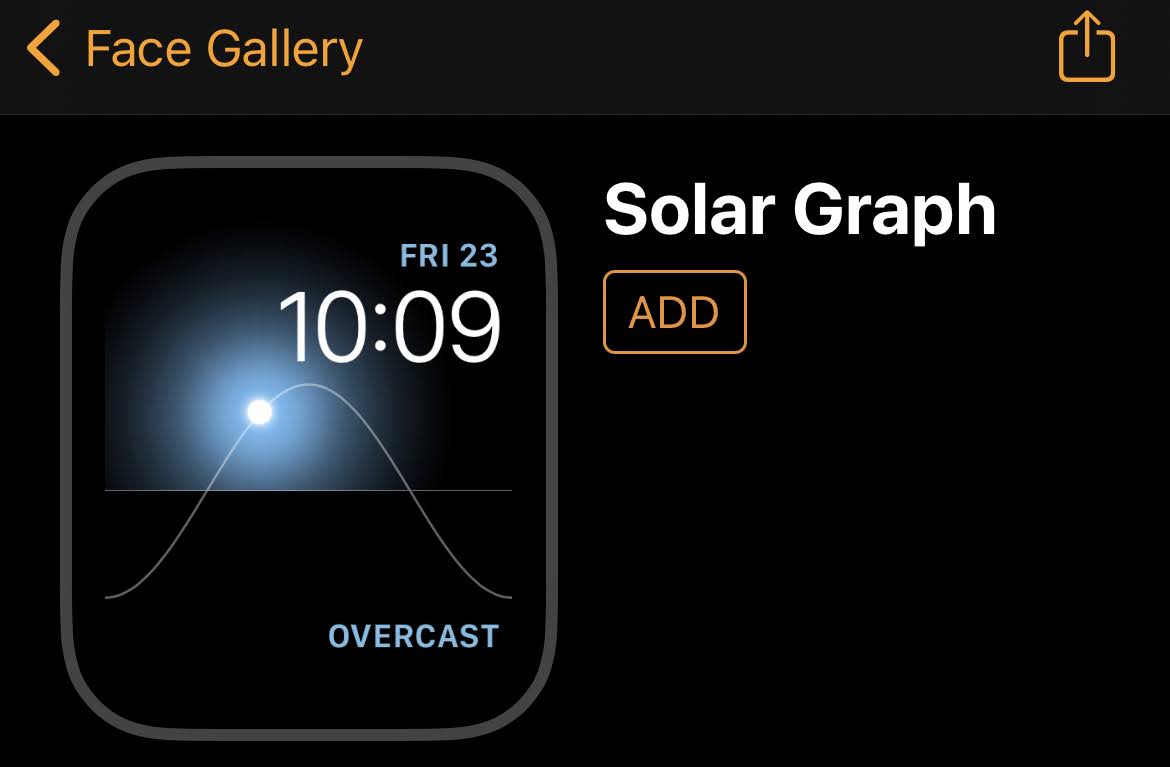 That’s it for the major new features — welcome improvements to an already phenomenal app, provided you’re using it on an Apple Watch Series 3 or newer. The update ditches watchOS 6, which means you won’t be able to access it if you’re on an original Apple Watch or Apple Watch Series 2. At least developer Marco Arment tried:

I actually bought a Series 2 on eBay to try to get the new app to work on it, but after many frustrating hours, I couldn’t.

The new app is more modern and ambitious in its UI framework (SwiftUI) and features, and it needs more than the old hardware can offer. https://t.co/iVCpNJfBhF

The new update (2021.1) was the result of months of work and thousands of lines of code. I won’t bore you with too many details, but here are a few highlights.

First, the bad news: sorry, I had to drop support for iOS 12, watchOS 6, and the old Today widget. (New widgets soon!)