How to Get Started With the ‘Magic: Legends’ Free Open Beta

Magic: Legends — an online, free-to-play action RPG based on the long-running Magic: The Gathering (MTG) trading card game — is now playable in open beta on PC.

The game’s setting and story will likely appeal to any hardcore MTG fan, but those with little-to-no PC gaming experience may find the game’s Diablo-like action a little strange at first glance. Luckily, aspects of Magic: Legends’ gameplay will be familiar to MTG veterans, and there are resources available to help interested newcomers learn Legends’ fast-paced action a little easier.

What is Magic: Legends?

Magic: legends is set in the same fictional universe multiverse as the MTG card game and series of novels, featuring recognisable locations, characters, and lore.

Players take control of one of the game’s six playable Planeswalkers. You explore dungeons and slay monsters for loot and experience points that boost your stats and unlock new abilities, then use those new skills to take on harder enemies, who drop better loot…and repeat ad nauseum.

It’s a standard action-RPG loop, but Magic: Legends adapts the deck-building, card-playing ruleset of the MTG card game to match its fast-paced gameplay, and offers a unique take on the genre.

How the MTG card game fits into Magic: Legends 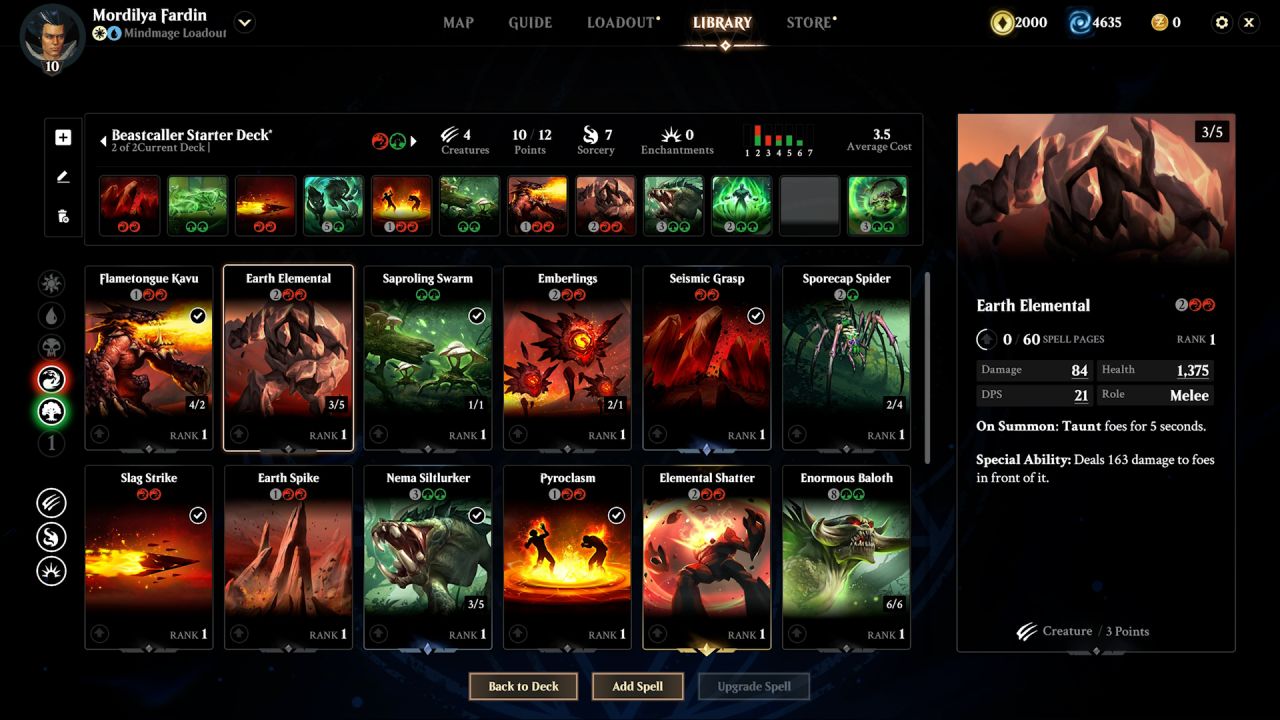 Rather than using static attacks and abilities like in, say, Diablo or Path of Exile, each character in Magic: Legends pulls its actions from a deck of 12 cards. Cards are used to attack enemies, summon creatures, cast healing spells — pretty much everything you’d expect a MTG card to do.

You play with a “hand” of four cards representing the abilities you can use at a given moment. New cards are randomly drawn from the deck to replace the ones you cast.

Unlike the MTG card game, played cards are not “discarded,” but are instead recycled back into your deck so they can be drawn again later. That way, you’ll never run out of actions to take in combat, but the specific actions available are always changing.

Players also get to customise their decks, just like in the tabletop game. Legends starts you out with pre-made decks based on MTG’s classic colours — Red, Blue, Green, White, Black, and even multi-coloured decks — but you earn new cards and equipment as you play (or by purchasing in-game card packs) that can be swapped in to create new combos, summon stronger enemies, or cast better spells.

There’s plenty more to Magic: Legends’ gameplay, but those are the elements that MTG veterans will likely resonate with the most. If you decide to play Magic: Legends, I suggest playing alone for a few hours to get a feel for the controls and gameplay flow.

There’s also lots of helpful video guides on the official Magic: Legends YouTube channel, including primers on the game’s six playable characters, lore overviews, and guides on the many gameplay systems.

Once you’ve got the basics down, try branching out to the game’s official forums, wiki, and subreddit for deck building and character customisation strategies, finding other to play with, and more.

Don’t worry if it takes some time to learn how to play; Magic: Legends is a different experience from the card game, but it’s worth a shot if you’re interested in a new spin on the MTG formula. Besides, it’s free to download and play, so there’s no harm in giving the game a try.