Little thermometers you can buy and hang anywhere are fairly cheap, but there’s no need to get one if you own an Amazon Echo. That is, if you own one of two kinds of Echos: a fourth-generation Echo or a second-generation Echo Plus. Both of these have temperature sensors built into the smart speakers; you just have to watch your phrasing to make sure you’re getting the result for your room, rather than outside.

(I’ve also found that if you designate a room for your Echo device, via the Devices tab in the app, you should also be able to ask Alexa “What’s the temperature in [name of room]?”)

The number you’re told should be the current temperature of the room your Echo is sitting in. And you can double-check this figure via the Alexa app > Devices > Echo & Alexa > “Name of your Echo device.” Scroll down until you see the “Temperature Sensor” field:

Tap it, and you can even start creating automatic routines based on the temperature. 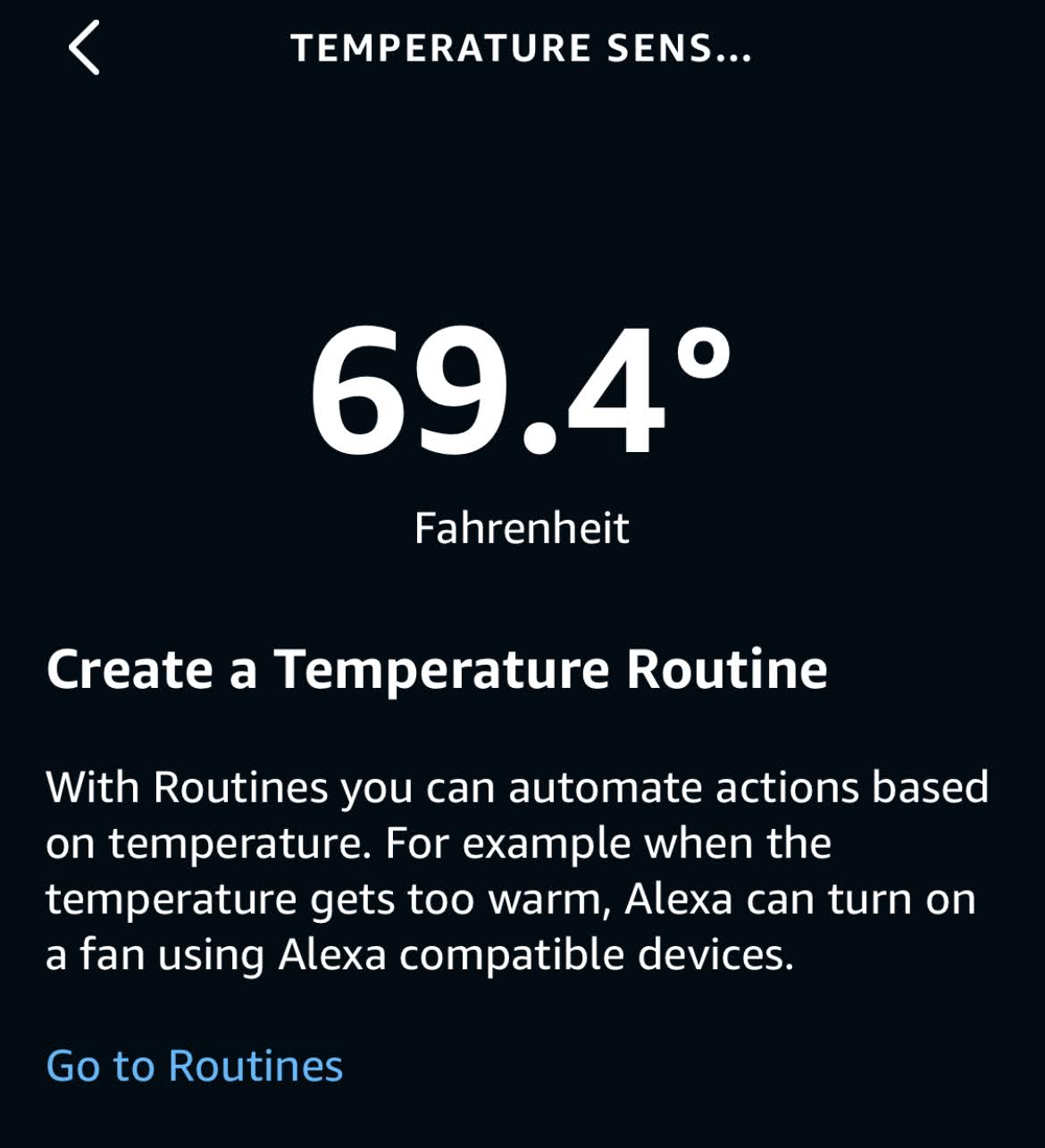 Obviously, turning on a fan when it gets too hot is one perfect routine to set up, but you’re only limited by your imagination (and the number of Alexa-compatible devices you own). Me? I just wish my Echo would shout out the temperature once an hour. I wonder if I can build a routine for that.