How to Back Up iCloud Photos and Videos to Google

We’ve talked a lot lately about leaving Google Photos for other services, mainly because it’s been a bit of a shock to watch this super-useful free storage service turn subscription (once you hit your storage cap of 15GB across all Google services). Such is the way of things, though. And if you still prefer Google’s conveniences to, say, paying for iCloud, Apple has a new tool you can use to copy your photos and videos from its cloud service to its rival’s. 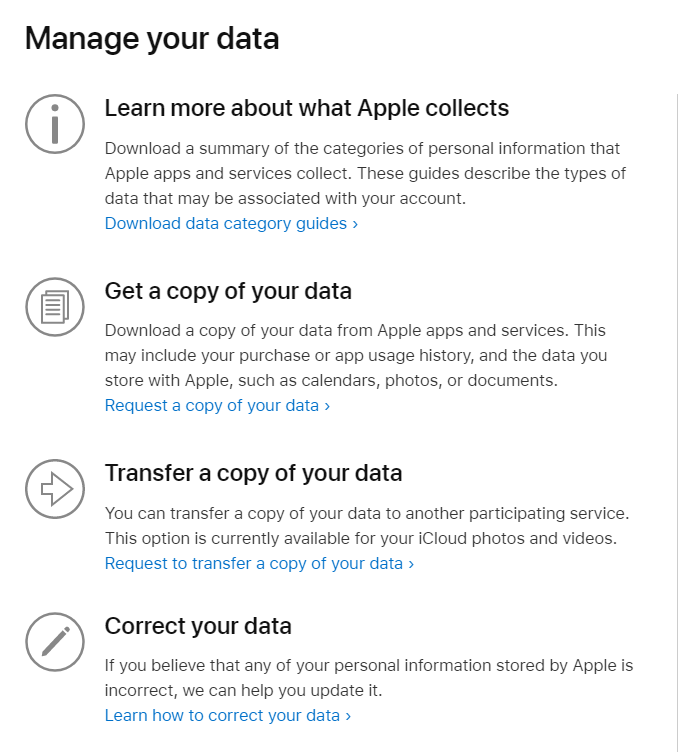 Click on the “Request to transfer a copy of your data” link under the similarly named heading. You’ll then be taken a screen where you’ll be able to pick the transfer destination (Google Photos) and select you just want to transfer your photos, your videos, or both: 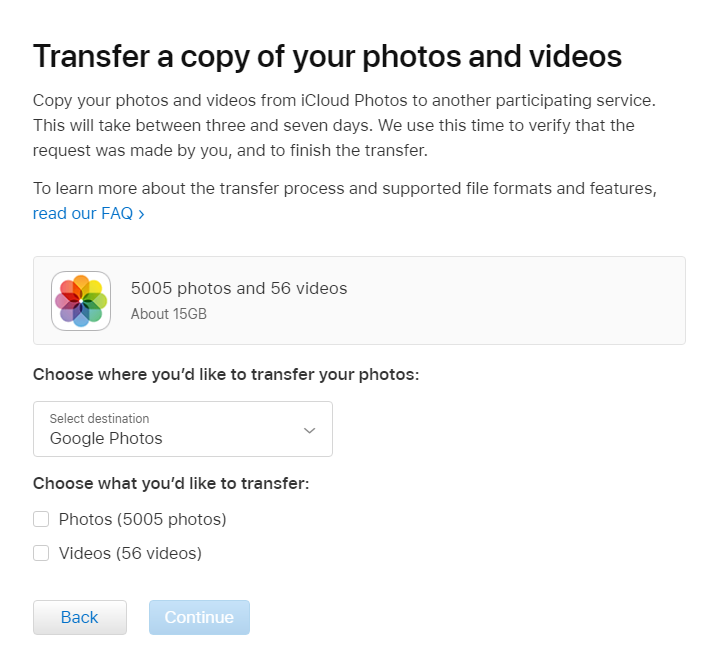 You’ll then be asked to sign in with your Google account and permit Apple’s tool to dump data into your photo library: 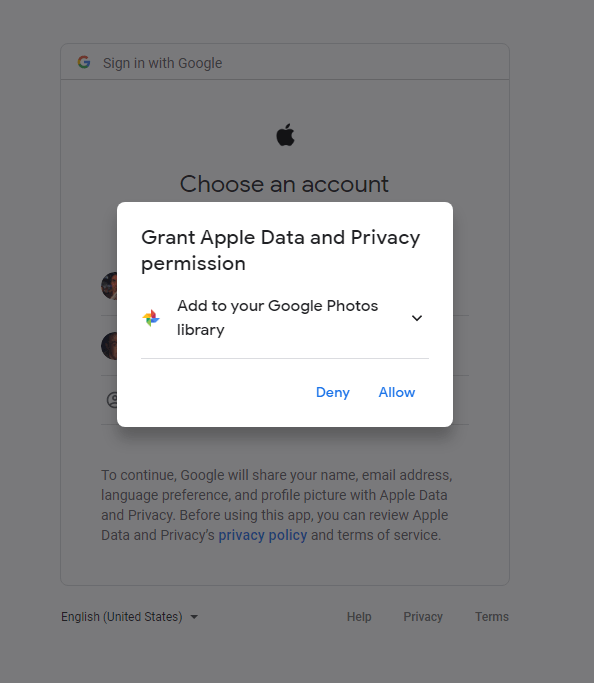 As part of the confirmation process for the copy, Apple notes that it could take anywhere from three to seven days for the transfer to finish — ah, the digital life. You’ll also need enough free space in your Google account for all of your files or else not everything will copy over if, or when, all of your storage gets filled up. Apple tries to give you a decent estimate of how much space you’ll need to clear, but err on the side of “a little bit more than you need” than “right on the money” if you need to do a bit of data pruning in your Google account.

And you’ll also want to make sure you know what’s being transferred over before you take a drastic step like, say, deleting your Apple account (or at least all of your previously saved photos and videos). As Apple notes:

Those are a lot of stipulations, so if you’re looking to make a true archive of all the media you’ve stored in iCloud, you might want to use Apple’s “Get a copy of your data” option instead. You can then decide what to upload to Google Photos and what might need to get archived elsewhere. And, yes, that means you’ll be using your bandwidth to do the transfers, but you’ll have even more control over your data.

That said, if you’ve got the free space — or a dummy Google account — having a secondary backup for most of your media never hurts.