Netflix’s Android app will now automatically download shows and movies it thinks you’ll enjoy. It’s similar to the app’s Smart Downloads feature, which automatically deletes episodes saved on your device after you watch them and downloads the next. However, the new “Downloads for You” feature saves content to your device based on your watch history — so you can try watching something new even if you’re offline.

How To (Legally) Download Or Stream Movies For Free

It’s easy to find movies to download or stream ” even for law-abiding popcorn munchers. If you’re flying straight and narrow or want to support and watch films that are free, public domain, or whose creators want them free and openly shared, here are some great sites to bookmark ”...

Like with Netflix’s other offline viewing features, the majority of the company’s catalogue is available to download, with some minor exceptions due to licensing issues. Netflix tested the new feature for some users in 2020, but it launches globally on Android today, though you may need to update the app on Google Play. It’s planned for iOS later in 2021.

While Downloads for You will be helpful for commuters, travellers, and users living in countries with inconsistent Wi-Fi access, it’s entirely optional for those who don’t want it. Users can opt into the feature in the Netflix app’s settings. You can also specify how much device storage the app is allowed to use, and downloads only happen while you’re connected to a wifi network; that way, Netflix won’t suddenly gobble up storage and will leave your mobile data untouched. 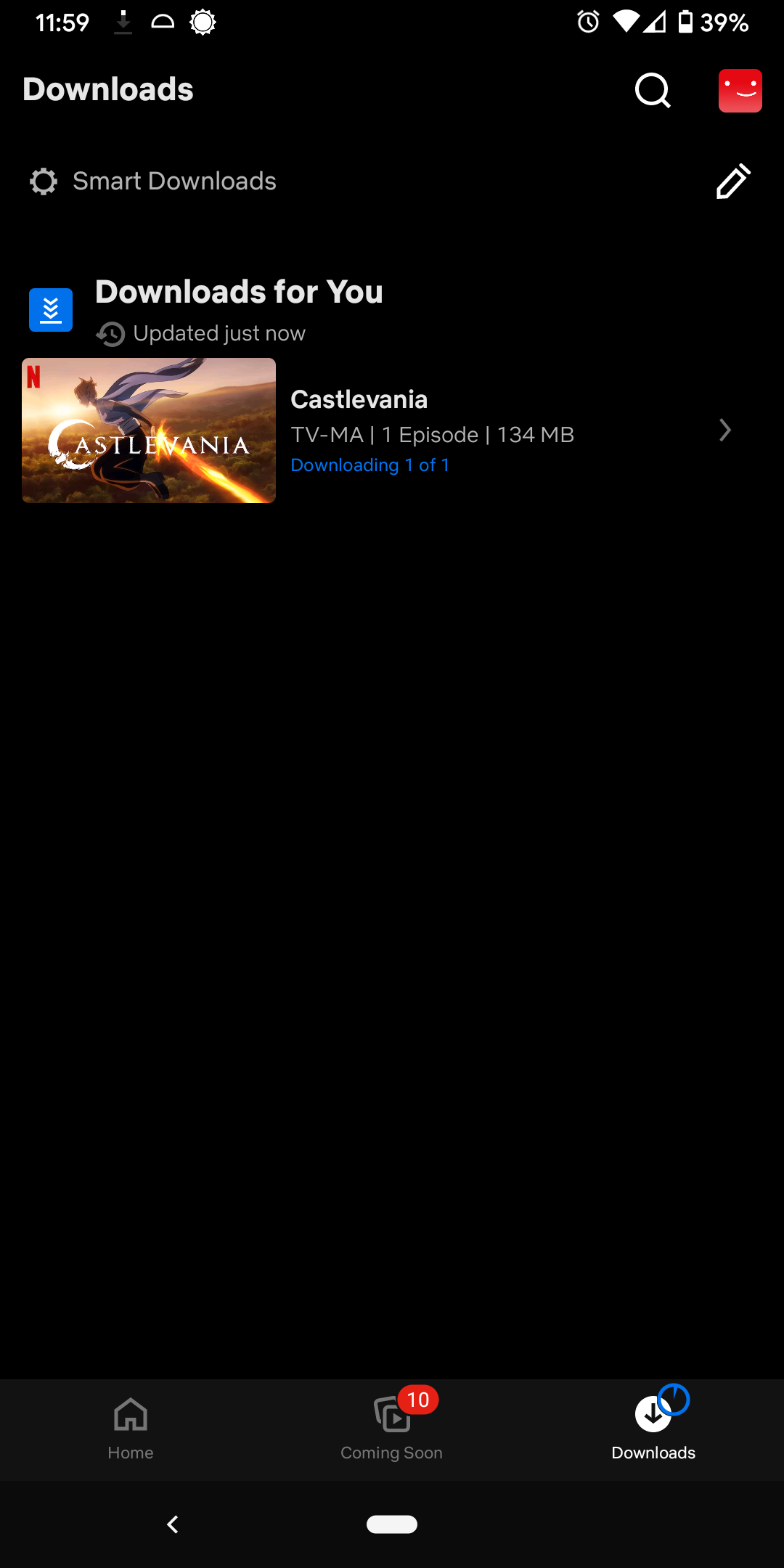 How to use Netflix’s Downloads for You

After Downloads for You is set up, the app will download content it thinks you’ll like. You’ll get a notification once a new recommendation is downloaded. (Note that Netflix only downloads content while you’re connected to wifi and have enough space.)

You can view download progress and watch your offline content in the Netflix app’s “Downloads” tab. Tap a thumbnail from the list to see how many episodes are saved on your device. Tap “See More Episodes” to go to a show’s main Netflix page.