I don’t know a single person who doesn’t adore a crispy potato. In fact, we love them so much, we have figured out how to enjoy them for breakfast, lunch, and dinner. Breakfast potatoes come in two main forms: hash browns and home fries. I don’t care for the latter, mainly because they’re too large. I like my breakfast potatoes shredded or minced into near oblivion for maximum textural enjoyment, which is important if you’re eating them with fried or poached eggs.

Hash browns are also one of those things where the store-bought version is often better than homemade. Even if you make a fantastic hash brown from scratch, it’s not really worth the extra effort, especially when pre-formed hash brown patties (a perfect product) exist. Frozen, shredded potatoes brown pretty good, too.

Lately I’ve been waffling a lot of pre-formed hash brown patties and putting them in breakfast sandwiches. Waffling is a lot faster than cooking them in the oven, and they come out much, much crispier. The waffle iron presses the grease out of the hash brown and into the waffle iron’s ridges, where it sits and sizzles, frying the potato patty to perfection.

I had heard waffling was similarly effective with tater tots and, while they aren’t technically a breakfast potato, they could certainly function as one, especially if you waffled them into a little tater tot patty. Since I have a very curious mind, I decided to compare waffled tots and waffled patties, along with the classic shredded hash browns. (All potatoes were cooked in a nonstick electric waffle iron set to medium-high heat, and cooked for 4-7 minutes.) 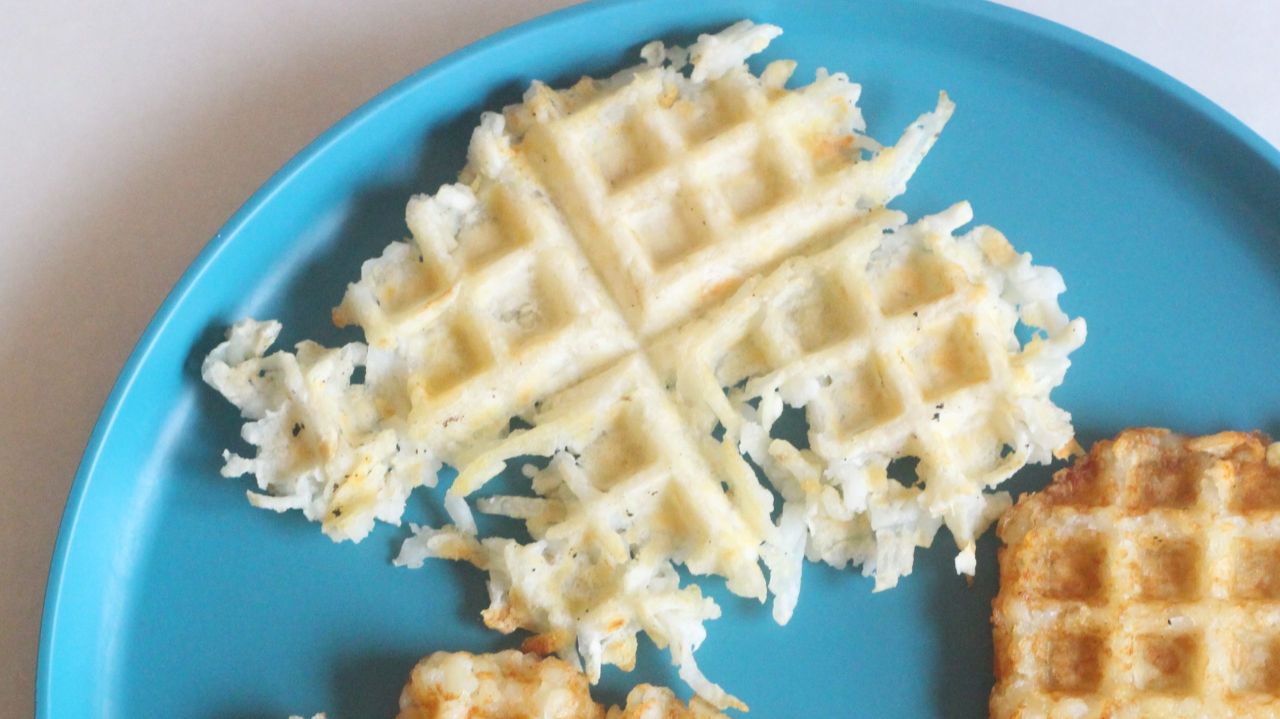 As you can see, these things are not made for waffling. They provide virtually no grease of their own and, while they do eventually develop a kind of crust, they never truly get crispy, only hard. These anemic potatoes are not worthy of your perfectly-cooked eggs. Looking at them makes me sad. 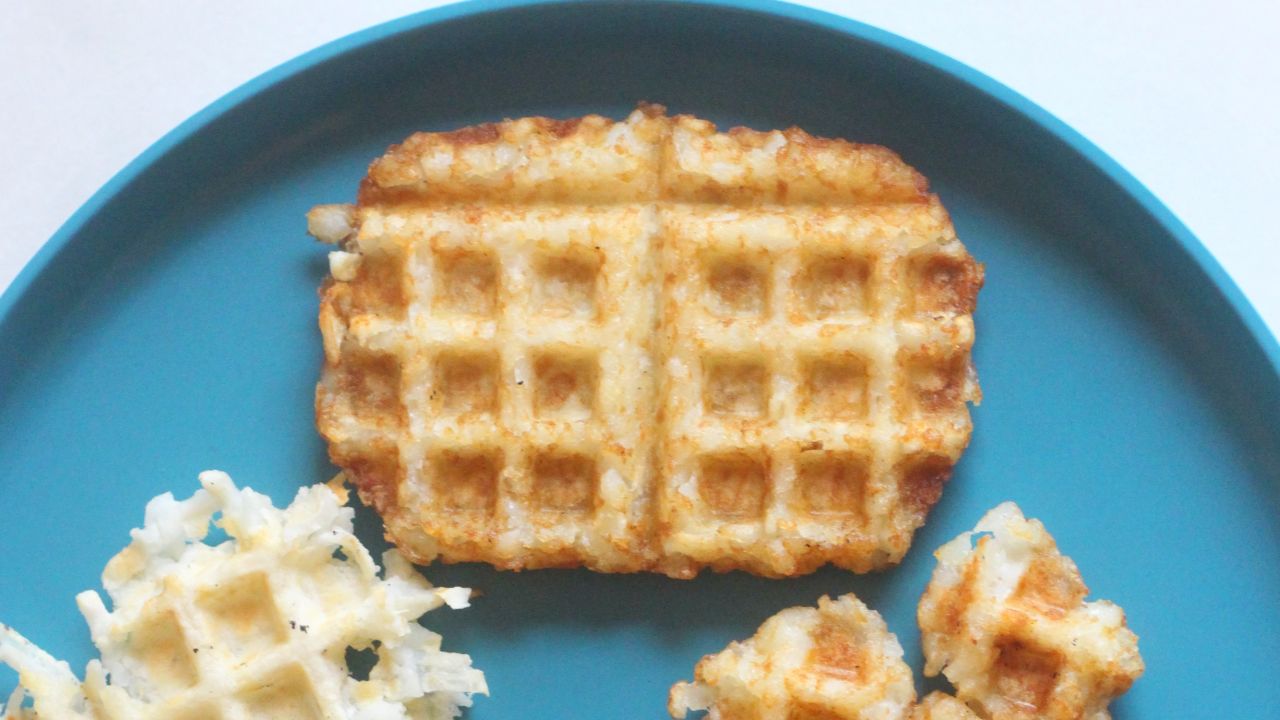 I have nothing bad to say about these; they are perfect little golden, greasy potato planks, equally at home beside a scramble or on a sandwich. The waffle maker not only cooks these in a matter of minutes, but it maximises crispy, crunchy surface area by creating divots. High marks all around. 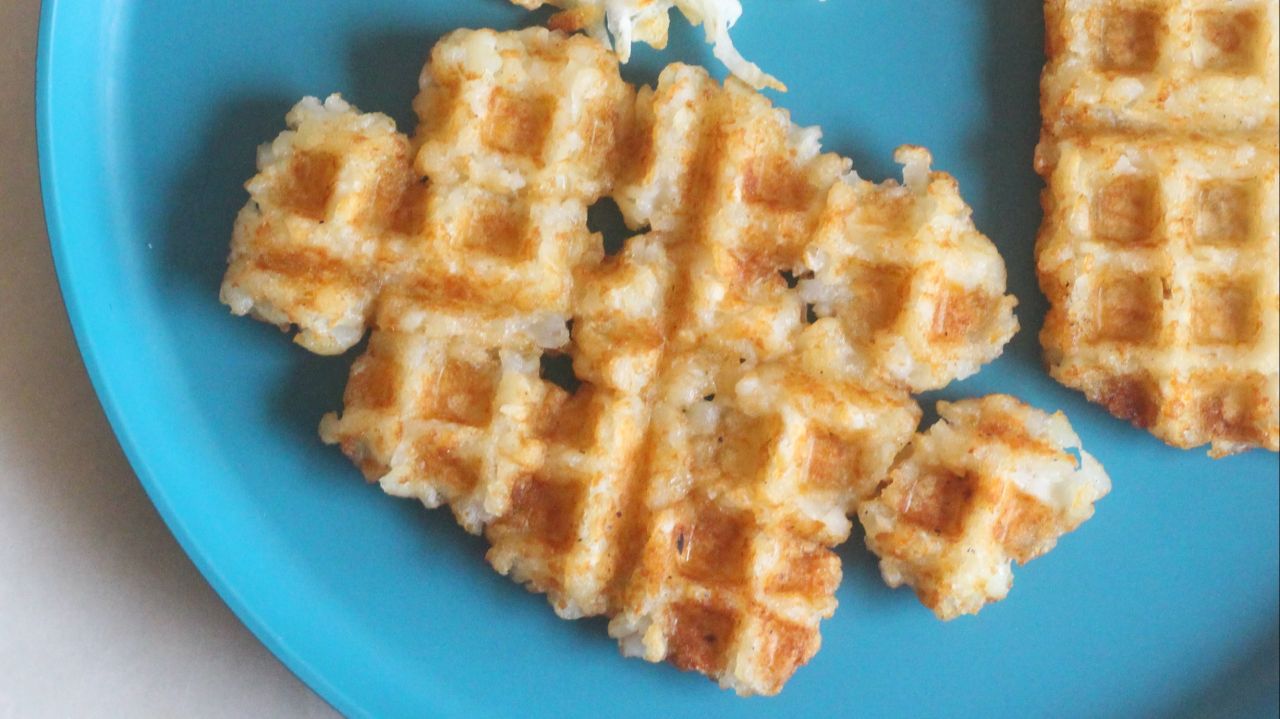 Waffled potato gems taste and feel almost exactly like the patties, but they have one major advantage: customisation. Due to their small size and round shape, you can put as many or as few as you want in your waffle maker to make a hash brown patty that fits your needs. Need a veritable raft of potatoes on which to build a breakfast hash? Fill the waffle maker to max capacity. Need a line of crispy potatoes to fill a breakfast burrito? Lay ‘em out in a row like little soldiers. Want to create an eggs Benedict-type situation? Use four or five to create an English muffin-sized patty. They’re basically potato Legos, the best kind of Legos. (And yes, I know it’s technically “Lego blocks” or whatever, but I don’t care.)

This article was originally published in October 2020.