I swear, I leave the internet for approximately nine days and I nearly miss a viral cooking hack. (I’ll never take time off again, I promise.) But even though I might be the last to see this popular tortilla folding video, I think I might be the first to have waffled the tortilla after folding it.

Even without waffling, this is a pretty good little hack. It distributes the toppings evenly so you get a taste of everything in a single bite. It creates a neat and tidy little package, and the fillings stay inside the tortilla for the duration of the eating experience. I highly recommend it as a wrap configuration.

You can heat it in a myriad of ways. Fry it a pan, broil it, or smash it in a panini press. Being me, I cooked mine in my waffle maker, and it went quite well. 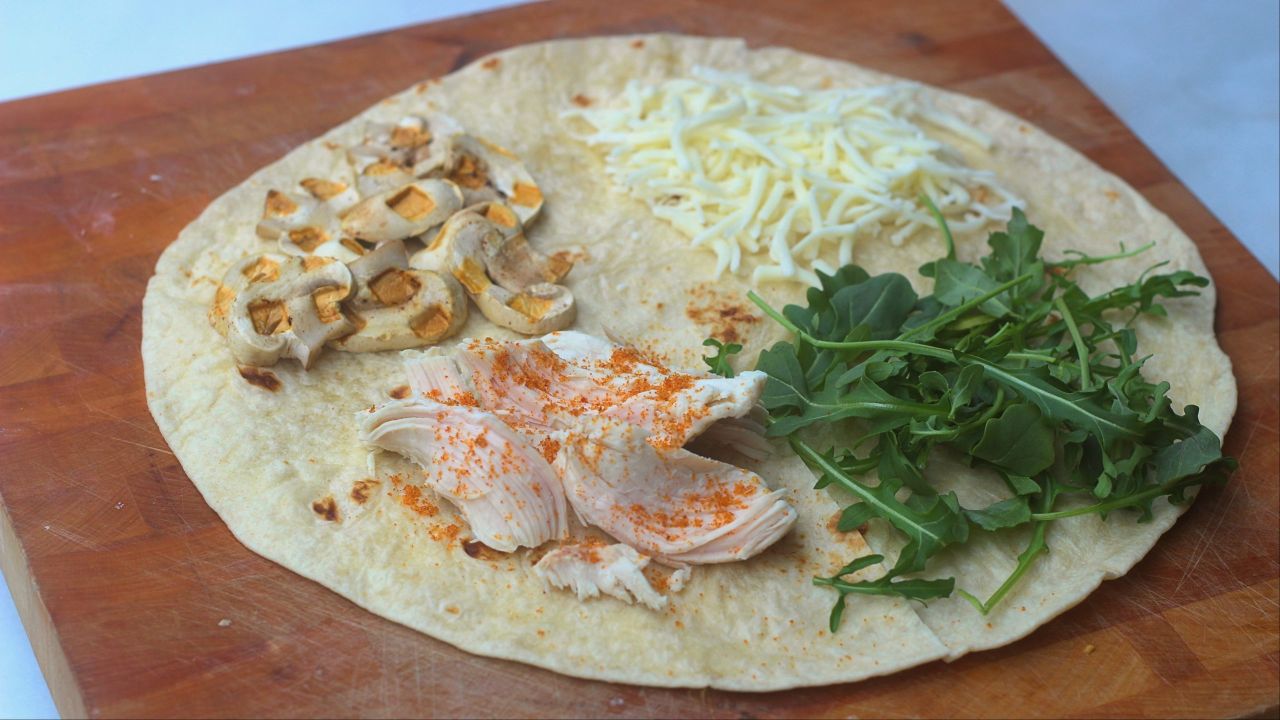 I prepped the tortilla by making a single cut from the centre to the edge. Then I filled my wrap with leftover poached chicken (seasoned with a little Caldo de Tomate), sliced mushrooms (which I first waffled), shredded mozzarella, and a small handful of arugula, placing each ingredient in its own little quadrant. (If I were to do it again, I would have added some mayo or another sauce of some kind, probably to the mushroom and chicken quadrants.)

I then wrapped it all up, starting by folding the chicken over the mushrooms, then folding that section over the cheese, and finishing by folding the whole thing on top of the arugula. Then I brushed it with butter and and waffled it in a waffle iron set to medium-high heat, until it looked like this. 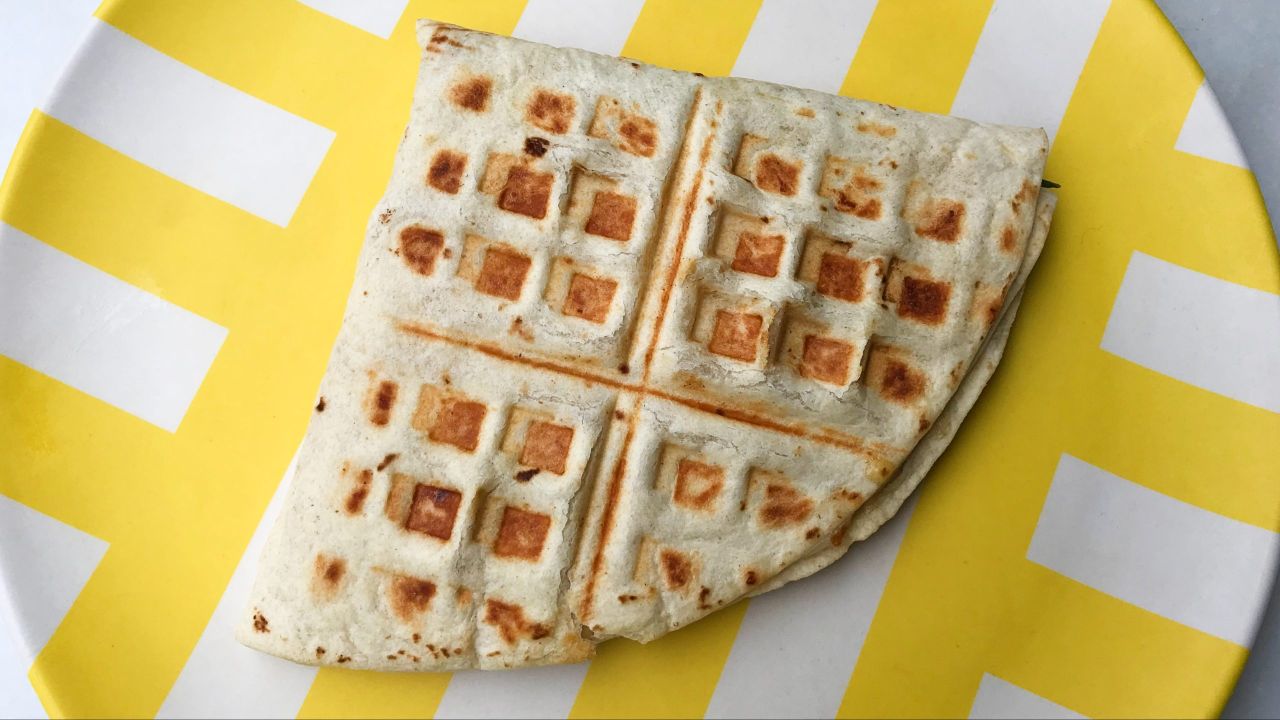 And there you have it. (Photo: Claire Lower)

It was a pleasant little lunch, and an excellent way to clear some leftovers out of the fridge. My only qualm with this wrap style is that it decreases the amount of tortilla exposed to direct heat, which in turn decreases the amount of crunchy real estate, but that is not largest of deals. Also, make sure not to overfill the quadrants, or your little packet will cease to be neat and tidy, which is part of this prep method’s appeal.

In terms of fillings, there are no rules or limits. Breakfast wraps like the one featured in the TikTok video are an obvious choice (just don’t overcook your eggs), but don’t be afraid to get weird and fill yours with leftover bolognese, or curry, or fried rice. You can also waffle your ingredients before putting them in their designated quadrants, like I did with the mushrooms. I tried a SPAM/bologna/American cheese configuration (both meats were waffled), but did not manage to get a pic of it. It tasted good though — you’ll have to take my word for it.