I hate walking a lot less than running, but little is more exciting than spending an hour outside in the boring blah of suburbia. Give me hills, trails, water — anything but asphalt and walking past six different Starbucks across three blocks. And while Apple can’t make trees and lush landscapes grow out of nothing, the company’s new “Time to Walk” audio stories at least reduce the monotony.

I’ll get the bad news out of the way first: These audio narratives, meant to accompany your walking much as your favourite band or podcast might, are exclusive to Apple’s Fitness+ service. So, you aren’t going to get to hear Dolly Parton soothe your tired-of-exercising self with scintillating stories unless you pay $14.99/month (or $119.99/year). Or, well, unless you subscribe to her award-winning podcast, which I fully endorse.

It’s not just the country queen that’s making an appearance within Apple’s new “Time to Walk” series. You’ll also find stories from Golden State Warriors forward Draymond Green, musician Shawn Mendes, and actress Uzo Aduba. Nothing against these three, but I’m not sure anything can capture the squeaky, occasionally bawdy conversational style of the ever-enthusiastic Dolly.

To check out any of these audio narratives, strap on your Apple Watch — a requirement — and pull up the Fitness app on your iPhone or iPad. Scroll down to the new Time to Walk section: 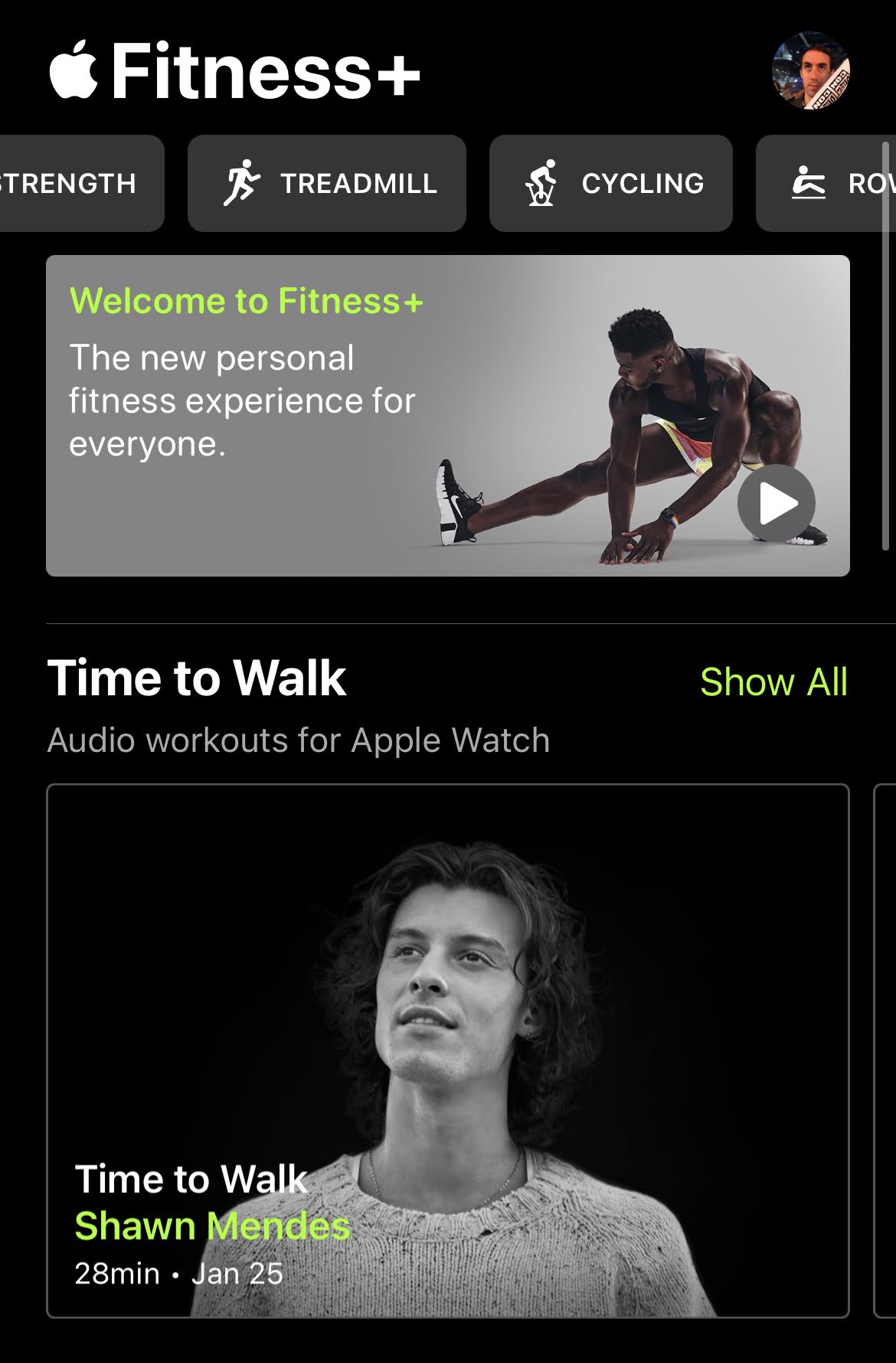 Tap on a person, and you’ll see the option to add their Time to Walk episode to your Apple Watch: 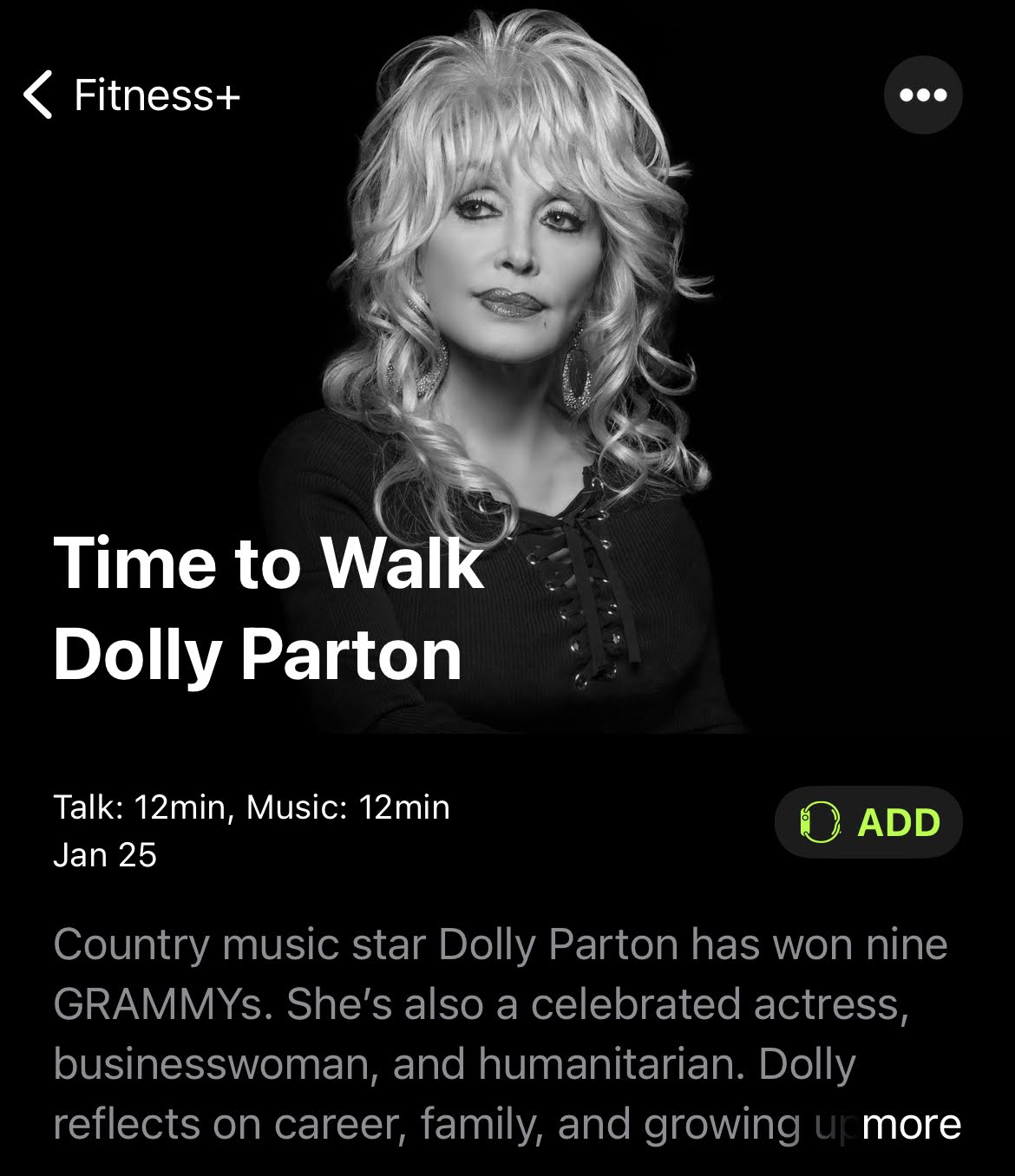 Each of these episodes is a mix of music and chatting — some roughly a 50-50 split, others heavier on the chatting than the music (which tends to only be three songs). Once it’s done transferring over to your watch, you won’t be able to launch it via your iPhone or iPad. Instead, you’ll hit up the Workout app on your Apple watch, where you’ll see your Time to Walk episodes listed among your usual fitness routines: 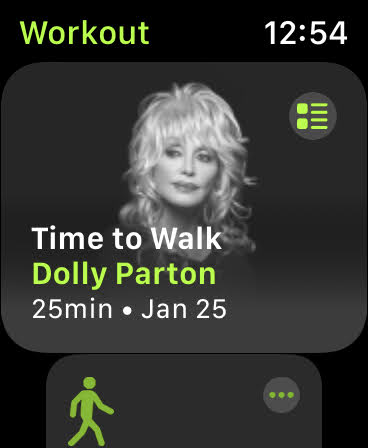 Oddly, the audio narrative didn’t start as soon as my walking workout began; I had to swipe left, which showed the usual music controls. That could also be a quirk of my AirPods Pro connection, which has been fussy lately; so, if you don’t hear anything at first, know that you might have to launch the Time to Walk episode yourself.

Other than that, sit back and enjoy the mini monologue. Apple will be releasing one new Time to Walk episode each week on Mondays from now until the end of April. That’ll give you plenty of time to find the next big distraction you’ll need to keep up with your healthy habits.