How to Remove Bernie’s Background and Paste Him Anywhere

If you want to contribute to the latest Bernie photo craze before the meme plays itself out — which will probably be sometime around the end of the week — it’s not that hard to cut out Bernie-Sanders-on-a-chair and splice him into whatever image you want. However, to save you a bit of time, you can also use a version of Bernie that someone else already green-screened:

Made a green-screen version so you can have some fun and photoshop him pic.twitter.com/H1Glg55fqy

If you want to get some practice doing the long-and-arduous route, pull up the regular image of Bernie in a tool like Photopea (or Photoshop) and cut out the background using the Magic Wand or Quick Selection features, or by carefully using the eraser. (I recommended duplicating your Bernie image in a second layer, in case you need to add parts of him back in that you accidentally remove). 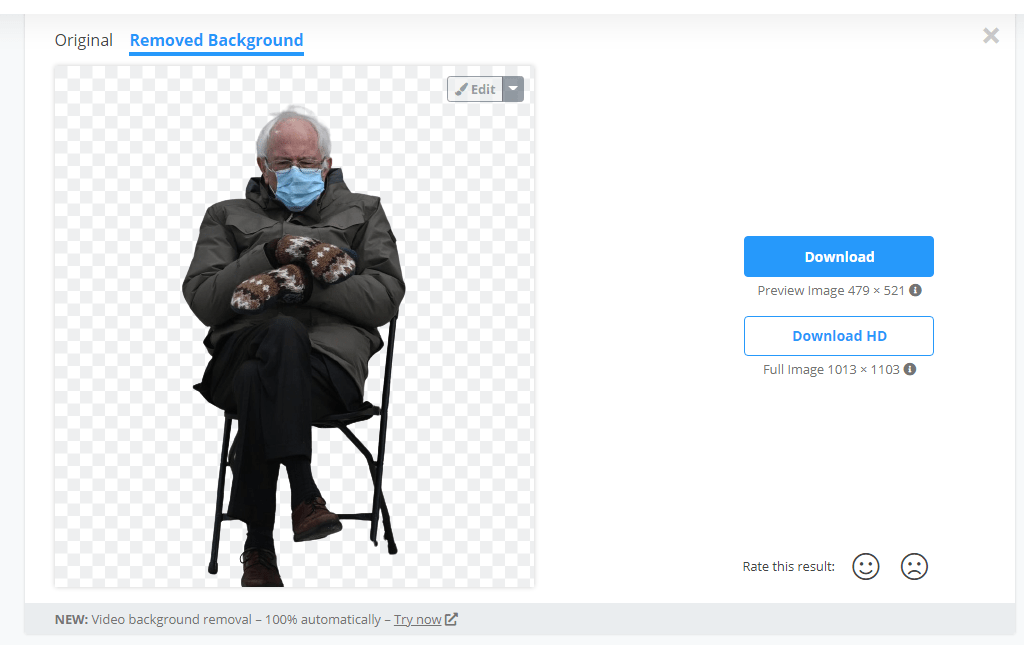 You can also be a bit lazy about it and use one of the many different online tools available to remove the background for you. (Results may vary, so try a few tools until you’re really happy with the clip job.) Once you’re successful, you’ll simply need to load an original image into Photopea (or Photoshop, or whatever) and add in your clipped-out Bernie Sanders as a new layer. Going viral is as easy as that.

And if all this sounds like way too much work for you, worry not. People are already starting to make “Bernie Sanders Meme” generators, which officially means we’re very close to jumping the shark on this one. I confess, I don’t really get the whole Bernie Sanders-in-a-chair meme, but still, these tips are applicable to anything you want to cut and paste over something else, so get some practice in before the next viral meme outbreak. You’ll be an influencer someday, I just know it.