How to Get Apple’s AirPods Max a Month Earlier

The Apple passion is strong. There was once a time when I, too, would clamor for many of the items the company makes — even going so far as to camp out for hours in line for a brand-new iPhone. Say what you will about Apple’s just-announced luxury AirPods Max, but there’s one indisputable fact about the new $899 (!) cans: It’s going to take a long time to get them, even if you’re clever.

If you’re really clamouring for the AirPods Max, however, there is a quirky way you’ll be able to acquire them before most other people. As of this writing, the AirPods Max have a shipping date of 12-14 weeks from the time of purchase. Were I to preorder a pair today (which I am not), that means they’d arrive somewhere between March 3 and March 17. That’s quite a delay from their December 15 launch. 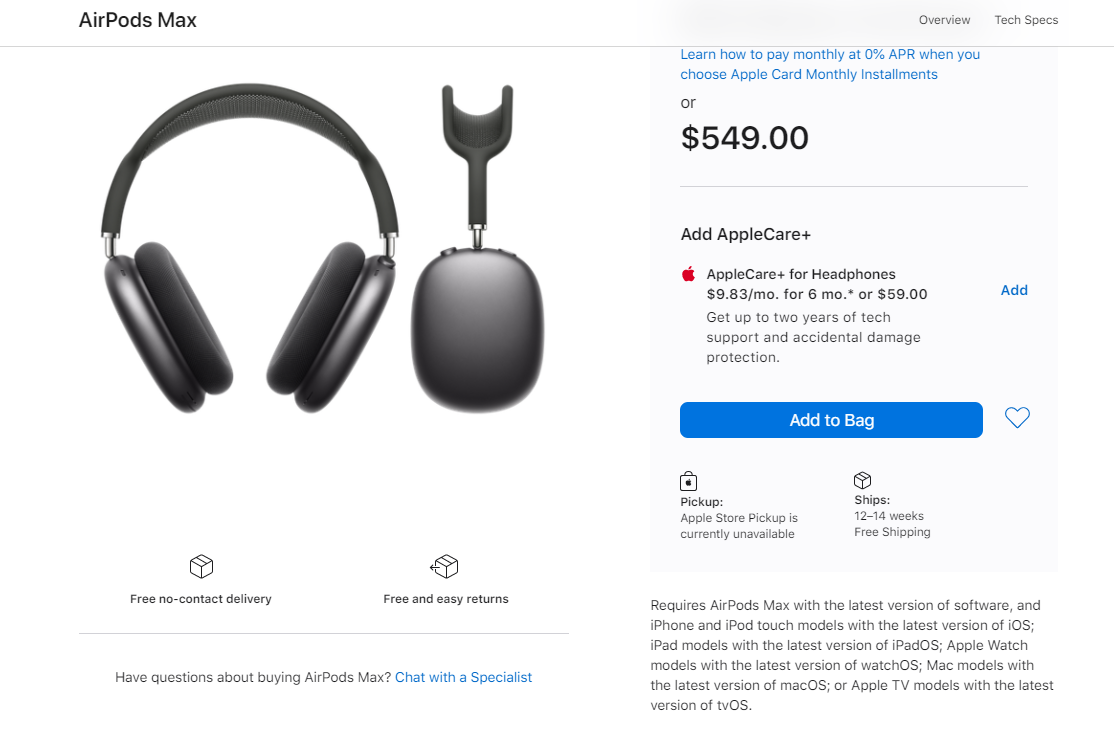 However, there’s a small trick you can use to speed up that shipping time a little bit: Add engraving to your AirPods Max, and you’ll be able to get them nearly a month earlier. 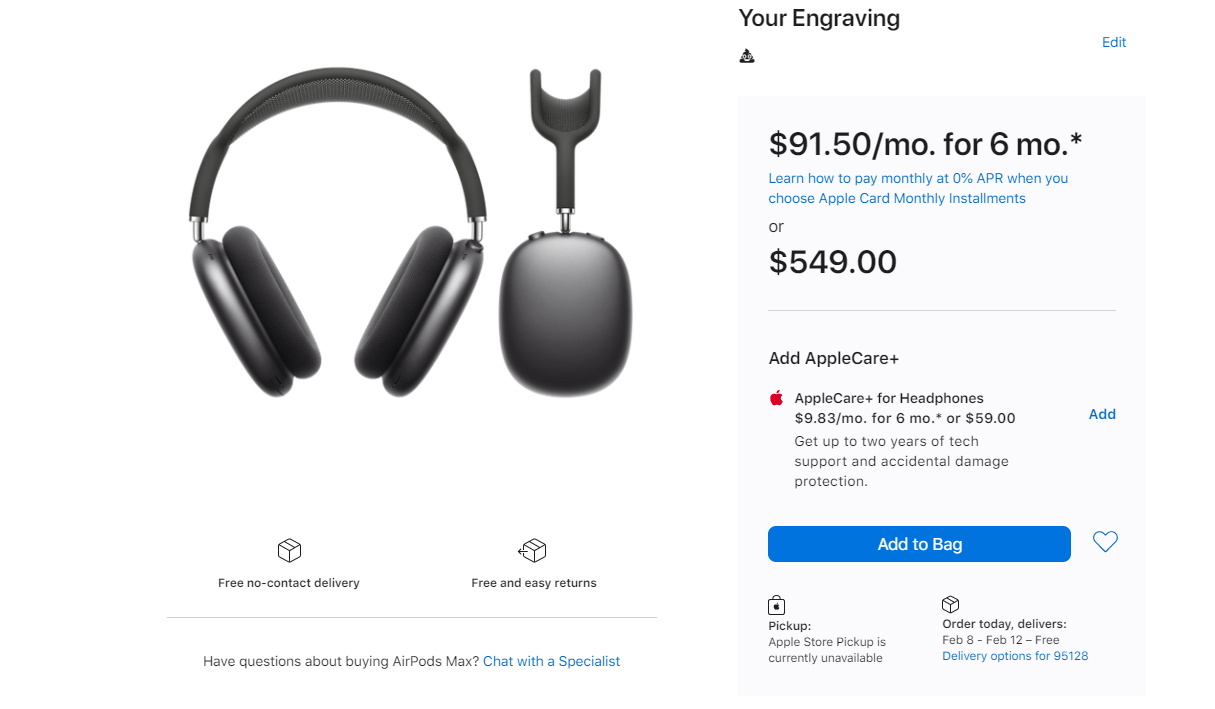 I have no idea why this works, since a shipping delay should still apply whether you’re engraving a poop emoji on your headset or not. (In fact, I would assume that engraving would actually cost you more time than simply getting a standard pair of headphones, but clearly that’s not the case).

I’m also not sure how long this little trick will work, so get your engraving order in if you know you want to buy Apple’s headset (sans critical reviews). Nothing against Apple, but I’d wait to see just how well these headphones stack up against every other pair of high-end headphones in a somewhat crowded market before I pulled the trigger, but that’s just me. I tend to preference audio quality and noise-cancellation capabilities a lot more than the convenience of a wireless connection — even if AirPods are incredibly useful for iPhone and iPad owners.

Once you start paying nearly as much for headphones as you would, say, a Mac Mini, i think you should probably be a bit more discerning. Don’t just buy AirPods Max because they’re a fashion statement (sigh), buy them if they’re objectively awesome for listening to music. We don’t yet know if they’re awesome, so maybe it’s worth waiting a few days for audiophiles to file their reviews; odds are good you’ll still be able to get your engraved pair a bit earlier, should you still want them.

And remember: Though this trick will save you a month’s worth of waiting, it might impact your ability to resell the headphones if, at some future point, you want to upgrade to something else. Such are the perils of personalisation — that, and you might have to jump through a few more hoops to receive a refund if you don’t like them.