How to Enable Google Assistant in Android’s Chrome Browser

You can now use Google Assistant for voice searches in Google Chrome on Android, and not a moment too soon. The move saves Chrome users from the lacklustre voice recognition you were forced to deal with previously.

Google Assistant is more convenient, and it integrates your in-app Chrome searches into the assistant’s broader cross-app functionality. Google Assistant’s accuracy is better, too. It can recognise multiple languages by default, so multilingual users no longer need to tediously switch their default system language in the Android settings to search the web in a different language.

Despite its advantages, Google Assistant voice search is not a default feature in Chrome. You have to activate the experimental feature by enabling a Chrome flag, but it’s available on all Android devices using Chrome 87 or higher. It’s possible Google will turn Chrome’s Google Assistant on by default in a later update, but here’s how to manually enable it for now: 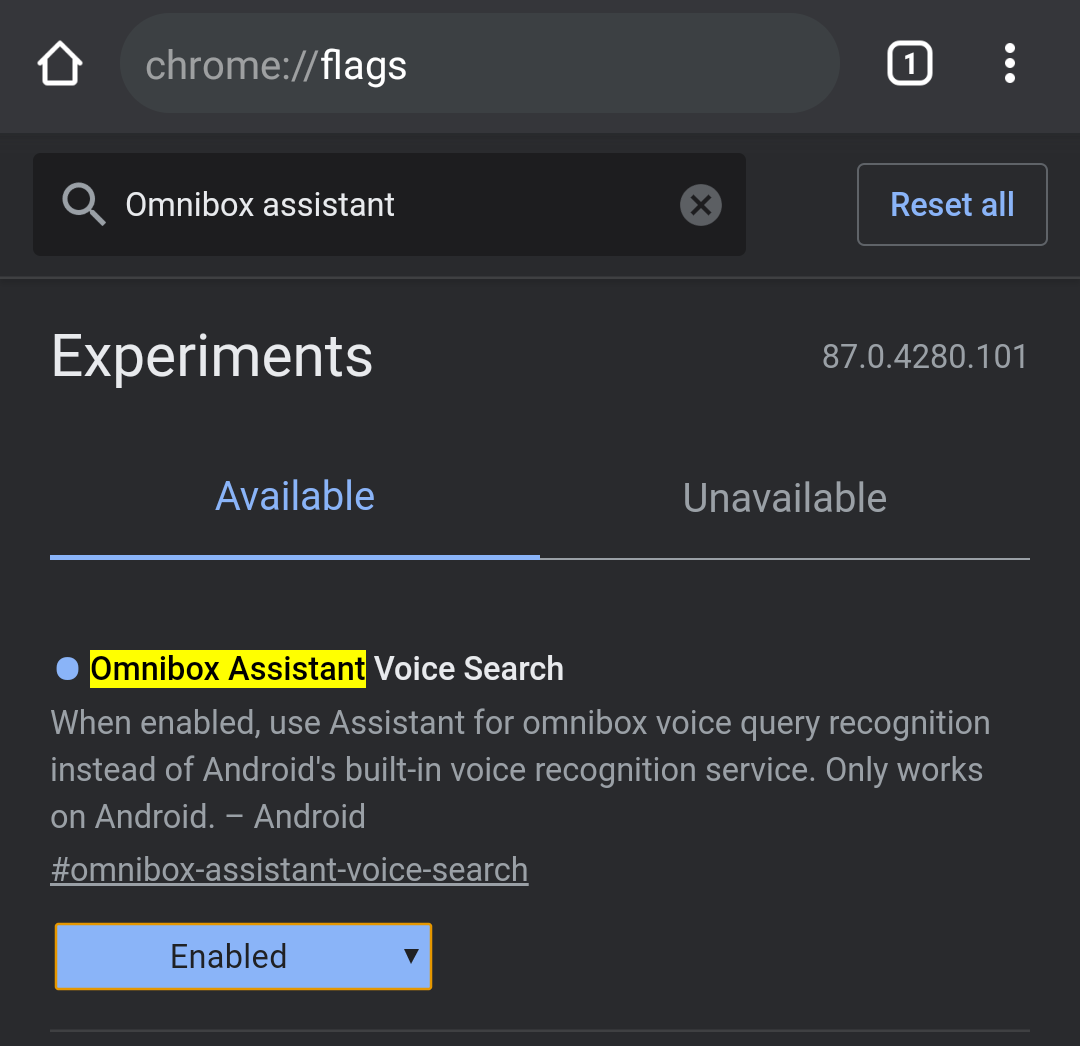