New Year’s Eve is usually one of my favourite eves. I get to drink drinks, eat snacks, and dance with my friends, but this year is (obviously) different — no one should be partaking in that last activity (the dancing one), so I’m recommending that everyone go hard with the snacks. This may sound like I’m telling you to “invest all of your energy into making snacks,” but I’m not. I’m telling you to make several incredibly low-effort snacks, so that you may save your precious energy for consuming them.

Last night, as I was making three bottles of my homemade Irish Cream liqueur (for gifts), I decided one of those bottles should be Kentucky Cream, and reached for the bourbon instead of Irish whiskey. After combining the cocoa powder, condensed milk, cream, and whiskey (as well as a pinch...

As you probably have guessed, I have a few suggestions in this department. I suggest choosing a couple of the following that sound good to you, then round out your snack buffet with charcuterie, cheese, and fruit, or perhaps some caviar with potato chips and creme fraiche if you’re feeling fancy. We may not be able to dance the night away with a champagne coupe in hand, but we can say goodbye to this wretched year while gorging ourselves on opulent snacks. 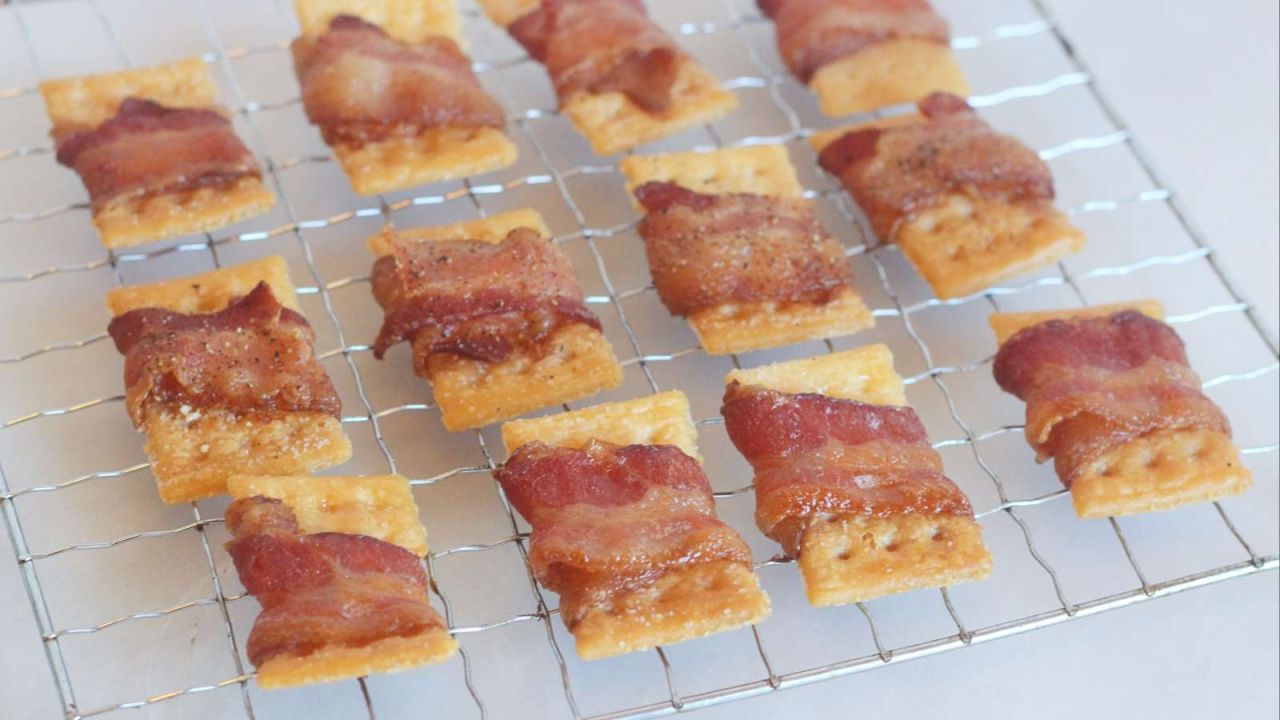 These two-ingredient marvels are meaty, salty little bites that require almost no culinary skill from their maker. The grease renders out of the bacon and into the cracker, giving it a flaky, almost pie crust-like texture. You can sprinkle a little cheese or brown sugar under the bacon if you desire, but you really don’t need it. I like bacon crackers best when they are just that — bacon and crackers.

Bacon Crackers Are a Two-Ingredient Masterpiece

I have not hosted, entertained, or partied for about six months, and I would be lying if I said it wasn’t wearing on my little extroverted heart. But the lack of other people doesn’t mean I can’t enjoy party foods — after all, I deserve to be entertained, even if... 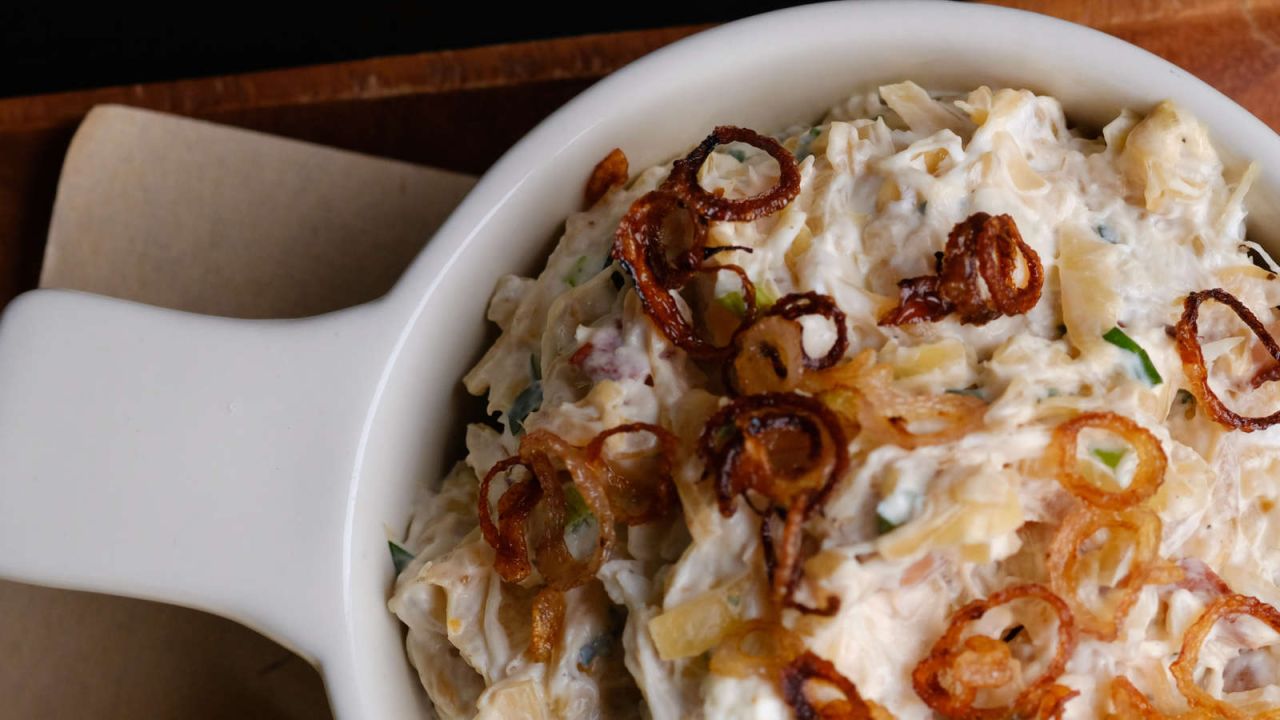 New Year’s Eve is not the time to spend close to an hour hovering over the stove, waiting for onions to transform into sweet and jammy versions of their acrid selves. No, New Year’s Eve is a night of indulgence, and the less amount of time you spend in the kitchen, the better. Enter burnt onion dip: the flavorful dip that delivers deep, roasted, allium-y goodness in about a quarter of the time.

Bagna cauda (the dip of luxury) 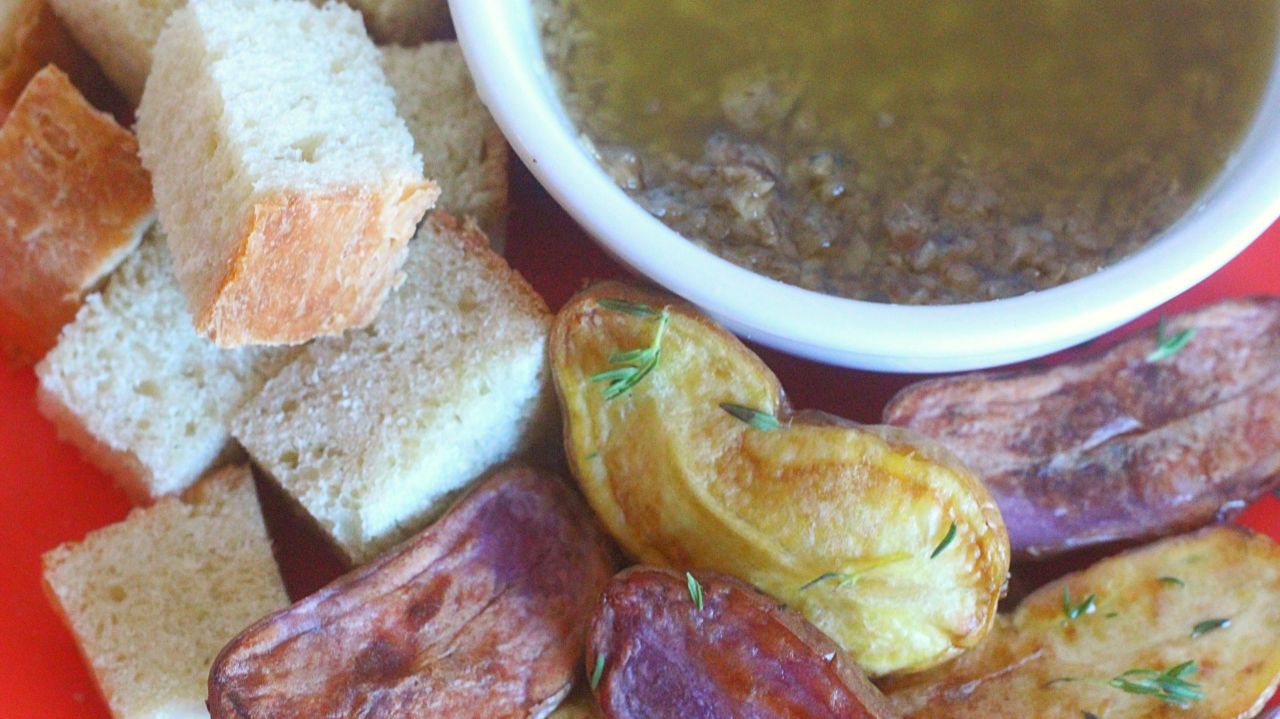 This dip is maybe the most flavorful thing you will ever make, thanks to a whole tin of anchovies and lots of garlic. It’s traditionally served warm with fall vegetables to celebrate the arrival of the season in the Piedmont region of Italy, but I don’t see why we can’t eat it while celebrating the departure of 2020. If you’re worried it will be “too fishy,” I urge you to obliterate your garlic in the food processor, and cook everything on the lowest possible heat setting until the flavours mellow and meld. Then add butter. Butter always helps.

How to Make Bagna Cauda, the Official Condiment of Luxury

Luxury is a tricky concept. Expensive things are often thought of as luxurious, but luxury has less to do with price point, and more to do with time and labour. Though it shouldn’t be, having the time to shop, cook, and feed oneself at a leisurely pace is quite luxurious,... 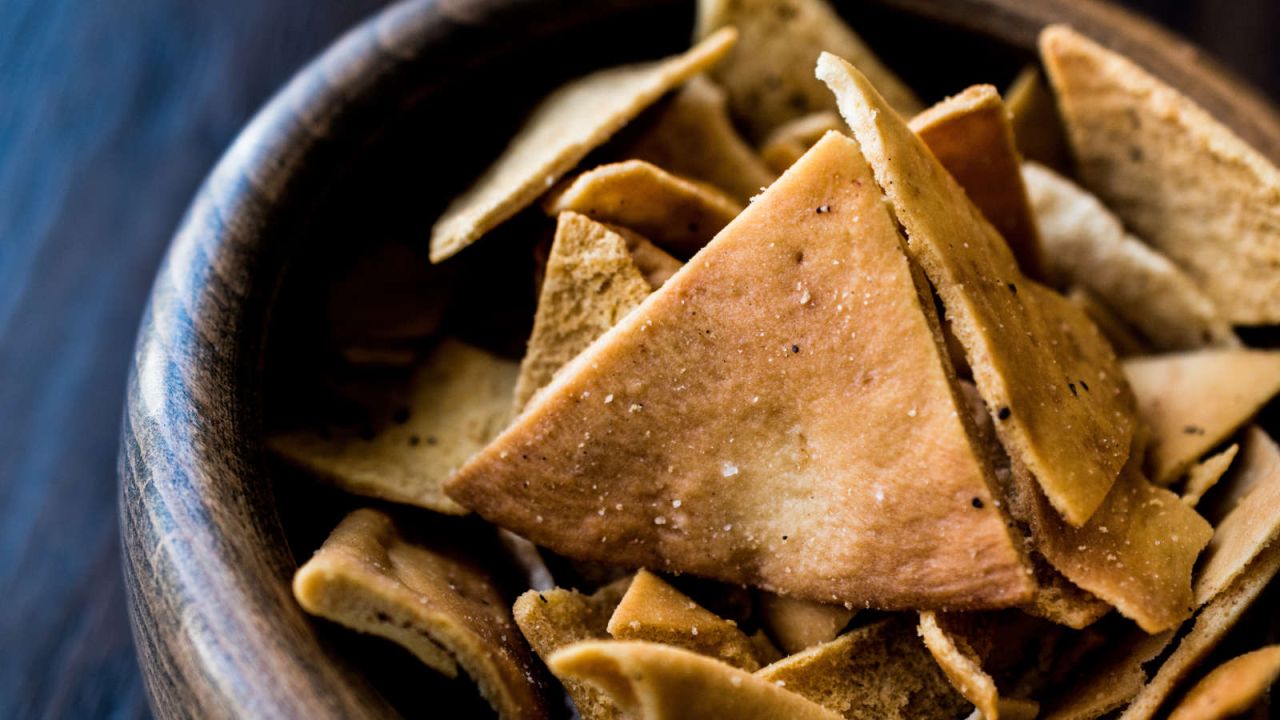 It may not seem “worth your time” to make your own pita chips, until you realise that brushing honey on a split piece of pita bread (and sprinkling it with a little salt) results in the best pita chip you’ve ever had in your entire life. Just that touch of sweetness pushes them into the god tier of dippers. They’re particularly nice with some sort of feta-based spread.

Getting food to go, even from your favourite restaurant, is not the same experience as eating at that restaurant. For instance, my favourite Lebanese restaurant (Nicholas) always sends out a giant pita for the table, which is served on its very own pedestal. Not only do I not have a... 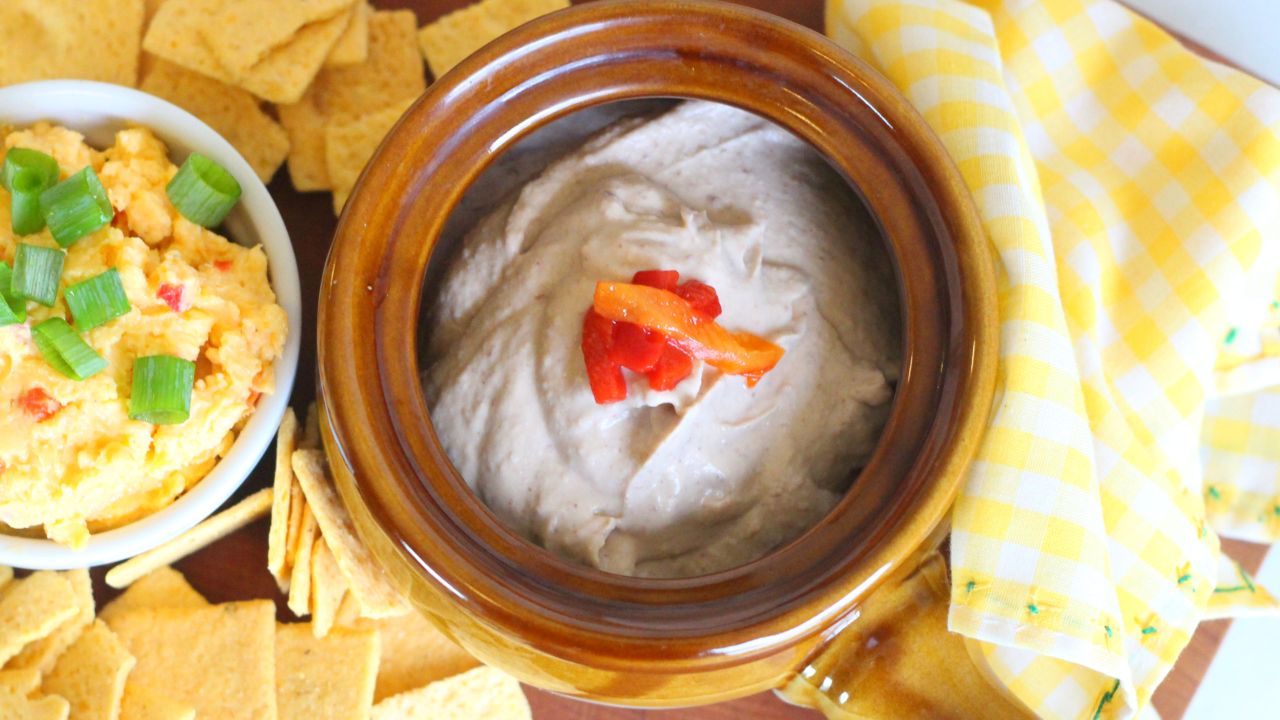 It simply would not be New Year’s Eve without a black eyed pea dish, and this “hummus” — which is made with an entire head of roasted garlic — just might be my favourite. Serve it alongside pimento cheese and saltines.

I have always thought that black-eyed peas were bigger than New Year’s. In fact, until I moved out of Mississippi, I didn’t even know they were a New Year’s “thing.” (My family eats them pretty much all year round, usually as a simple side cooked with a little ham.) 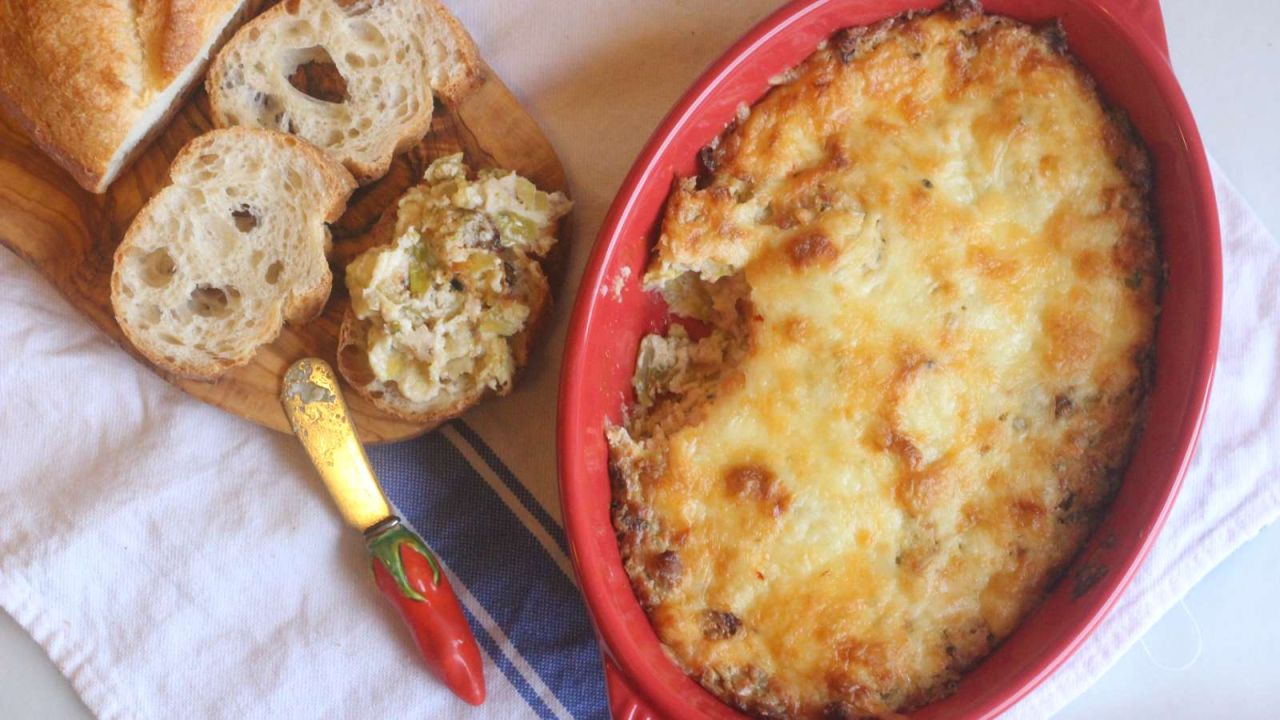 Replace Spinach With Brussels Sprouts in All Your Hot Dips

People love to bury vegetables in cheese. And why wouldn’t they? It makes them taste better, and is the only thing that can turn previously frozen, wet spinach and bland, canned artichokes into a dip that gets veritably inhaled at holiday gatherings. People don’t shove it into their mouths because...

Stuffed mushrooms (made with leftovers) 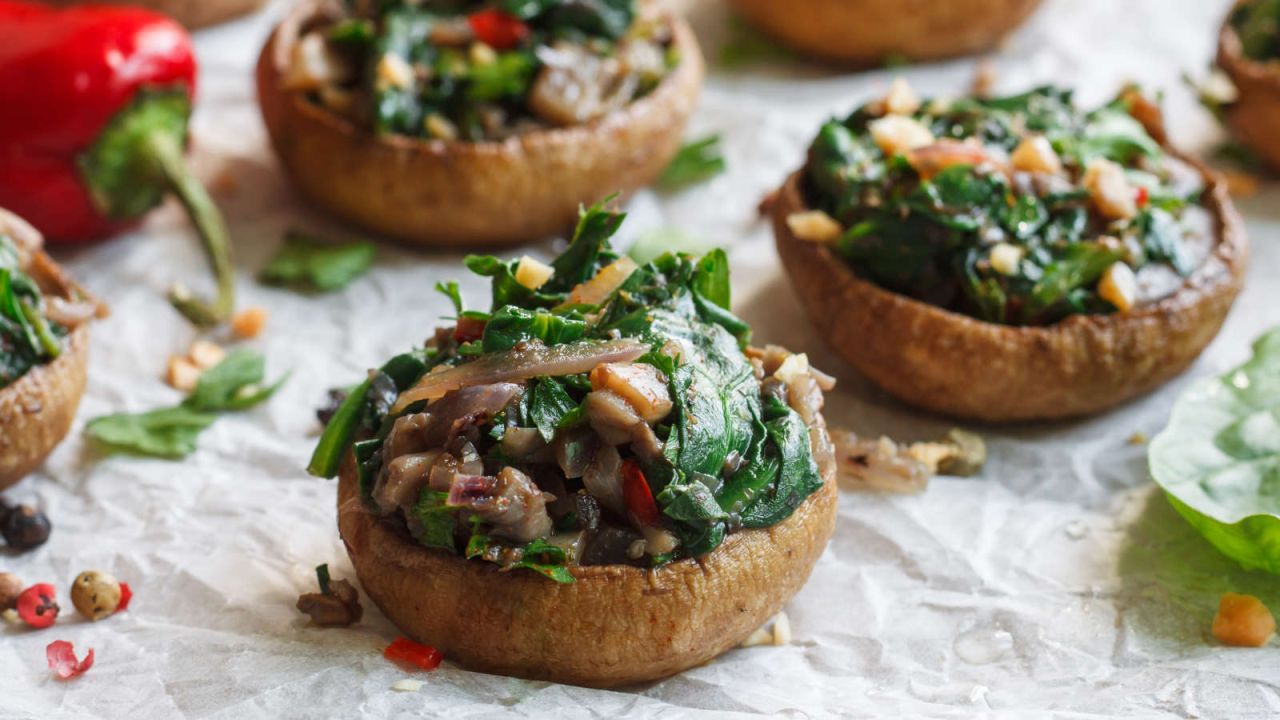 Open your fridge. Look at your leftovers. Nearly every single one can be stuffed into a mushroom. That last bit of brisket, ham, Christmas goose; a couple of spoonfuls of mashed potatoes, stuffing, or casserole; any and all dips and cheeses — every one of these things can be baked in a hollowed-out mushroom cap for a delicious snack. (Just make sure to pre-roast the mushrooms a little bit to drive out some of the water. No one likes a watery mushroom.)

Make Stuffed Mushrooms With Your Leftovers

If you search for “stuffed mushrooms” on this wide web of the world, you will find many recipes. That’s great for those of us who love recipes, but stuffed mushrooms are one of the easiest appetisers to make without a recipe. You just stuff things in a mushroom hollowed-out mushroom,...

Silky artichoke dip (that happens to be vegan) 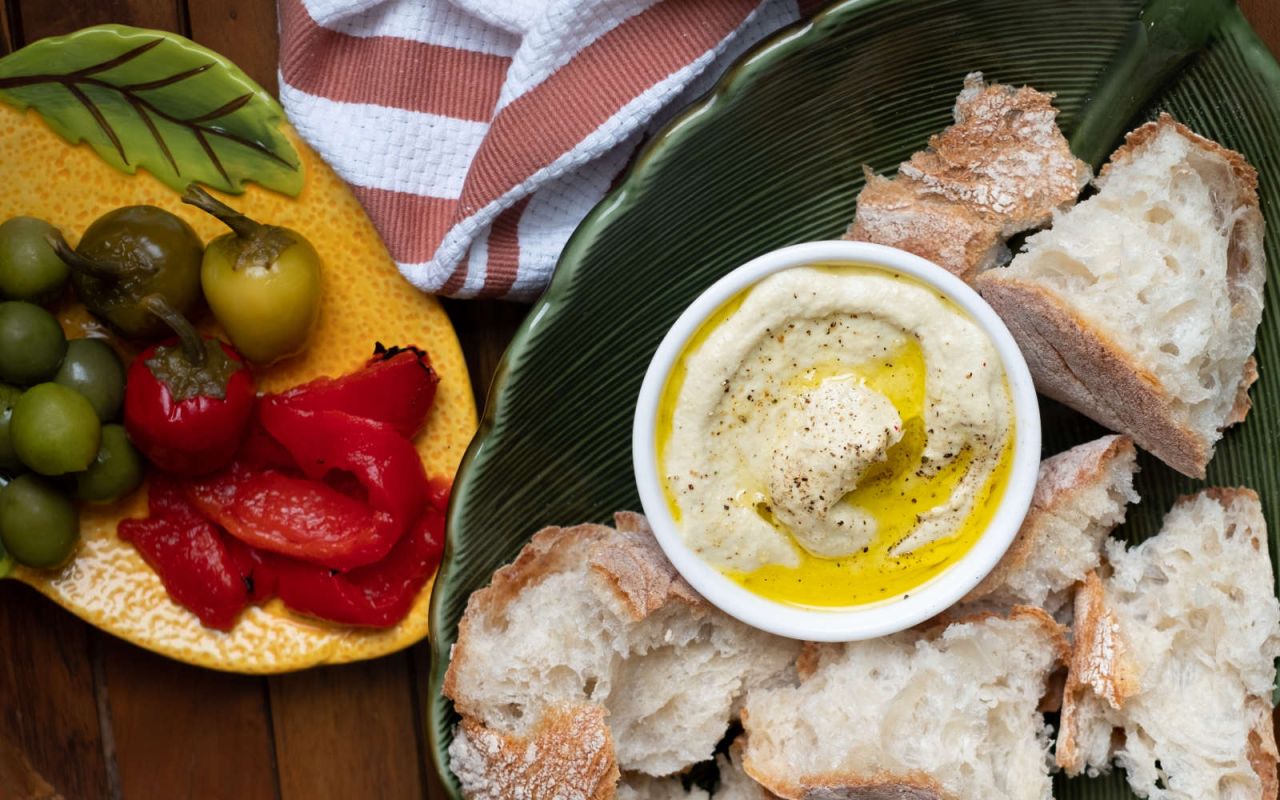 This creamy, dairy-free dip can be whipped up with a just a few pantry staples, plus a can of cheap artichokes, and is better than anyone would expect it to be. Serve it on a platter with some marinated vegetables and crusty bread, and make sure to slather any leftovers on a sandwich (it’s basically vegan artichoke mayo).

One of my favourite Panic Meals involves whatever sad produce I have in the fridge, purposefully burned to a crisp and puréed with something fatty. It’s a great way to revive vegetables that have long passed their prime and an excuse to have chips and dip for dinner — which is...

“Goat cheese rolled in stuff” is the lazy person’s cheeseball, and it is good. Just find a bunch of stuff — crunchy fried onions, bacon bits, chopped herbs, seasoning blends, etc. — and roll a log of chèvre in that stuff. Put it on a plate. Eat it with crackers. Repeat until you are out of goat cheese and/or stuff.