8 Quick Christmas Morning Breakfasts You Can Make While Sleepy

5 Delicious Glazes for Your Holiday Ham

Elevate your Christmas cooking by swapping out your standard approach to ham, and using one of these incredible glaze recipes.

According to the LA Times, Mary and Joseph probably had stale bread for breakfast the day that Jesus was born, but I doubt your family would like that. Lucky for them, I have many suggestions for many Christmas morning breakfasts, most of which are fairly low-effort, and none of which are old bread. 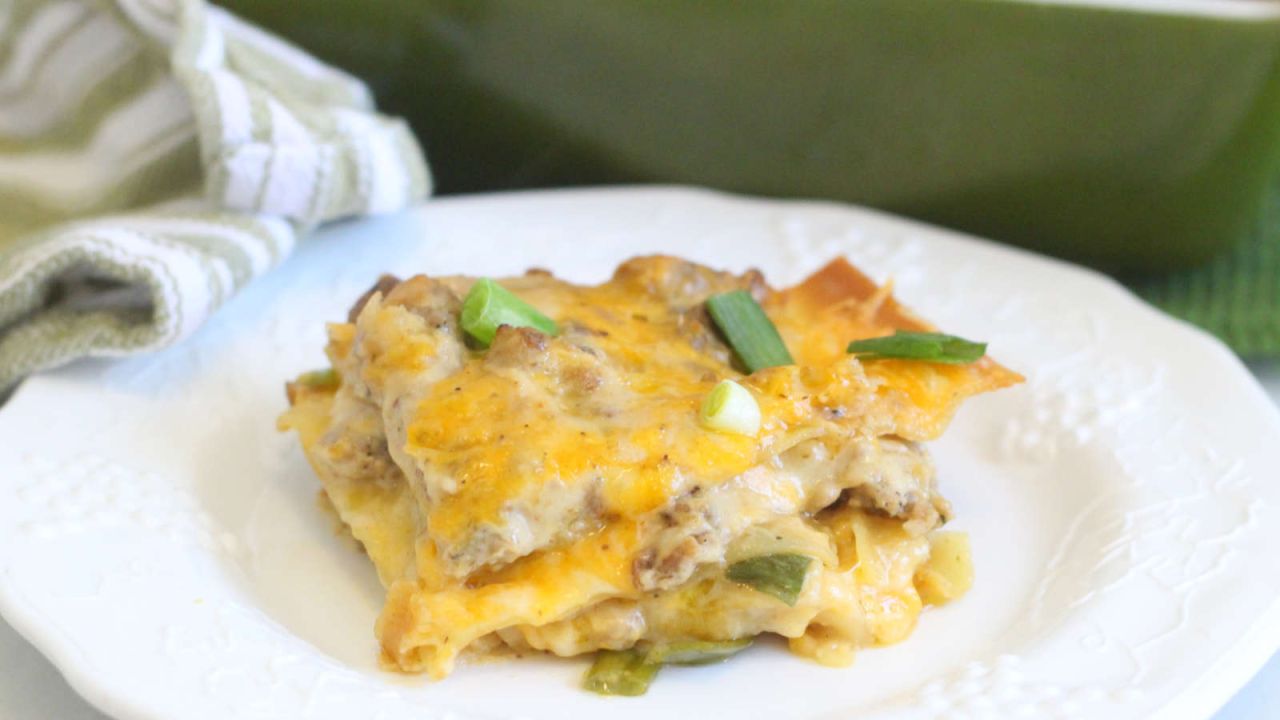 As a somewhat southern woman dating a (half-) Italian man, I’d like to think of this dish as a melding of our respective cultures. The marriage of sausage gravy, lasagna noodles, and lots of cheese is rich, filling, and very good with Louisiana hot sauce. It can be prepped on Christmas Eve and popped in the oven in the morning. If you’ve never made sausage gravy before, don’t fret — it’s one of the easier gravies to make.

More people should eat pasta for breakfast. The combination of carbs, fat, and (sometimes) protein welcomes one into the world in a most comforting way, and often there is cheese. It also tends to reheat well, which means you can make a big batch and eat from it throughout the... 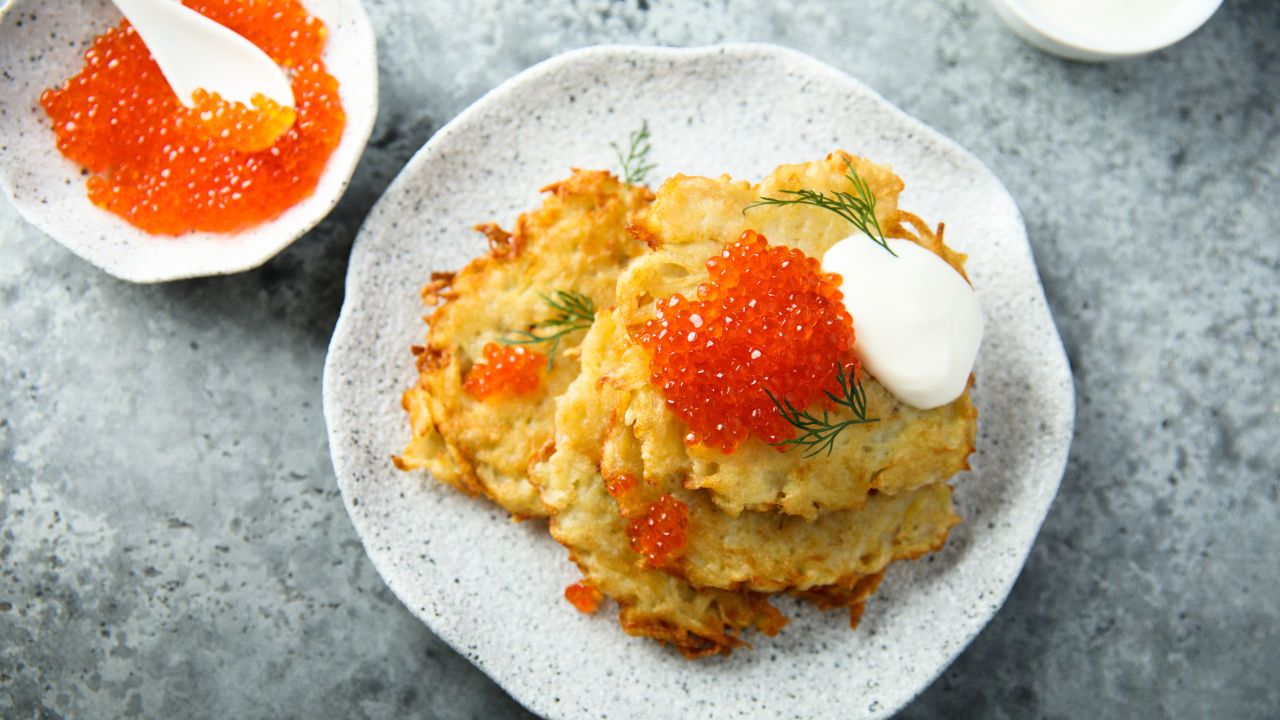 Caviar feels festive, looks pretty, and is delicious on almost any carb. It’s good on blini, American-style pancakes, waffles, potato pancakes, and on tiny cheater blini made with pancake mix. Heck, I bet it’d be good on oblong hash brown patties. One of my favourite things about caviar on breakfast carbs is that — besides the carb — there is very little to cook. Just make a little caviar bar with creme fraiche (or sour cream), minced chives, fresh dill, pickled beets (or other pickles), and maybe some sieved hard-boiled egg. Let everyone build their own caviar-and-carb bites. Serve with bubbles (obviously).

Put Caviar On Your Breakfast Carbs

Sous-vide egg bites (that are better than Starbucks’)

These custardy bites require an immersion circulator, a blender of some kind, and some tiny jars, but I think they’re worth it. Besides eggs and cottage cheese, you can add whatever you want to make your own, bespoke bite. I’m a big fan of bacon and gruyere, though I suppose a case could be made for a vegetable or two.

The most important part of the egg bite is (obviously) the egg mixture. Yes, the fillings are more exciting, but they are also endless, and you should be free to fill your bites with whatever meats, cheeses and vegetables you wish to devour. As such, I thought it was more... 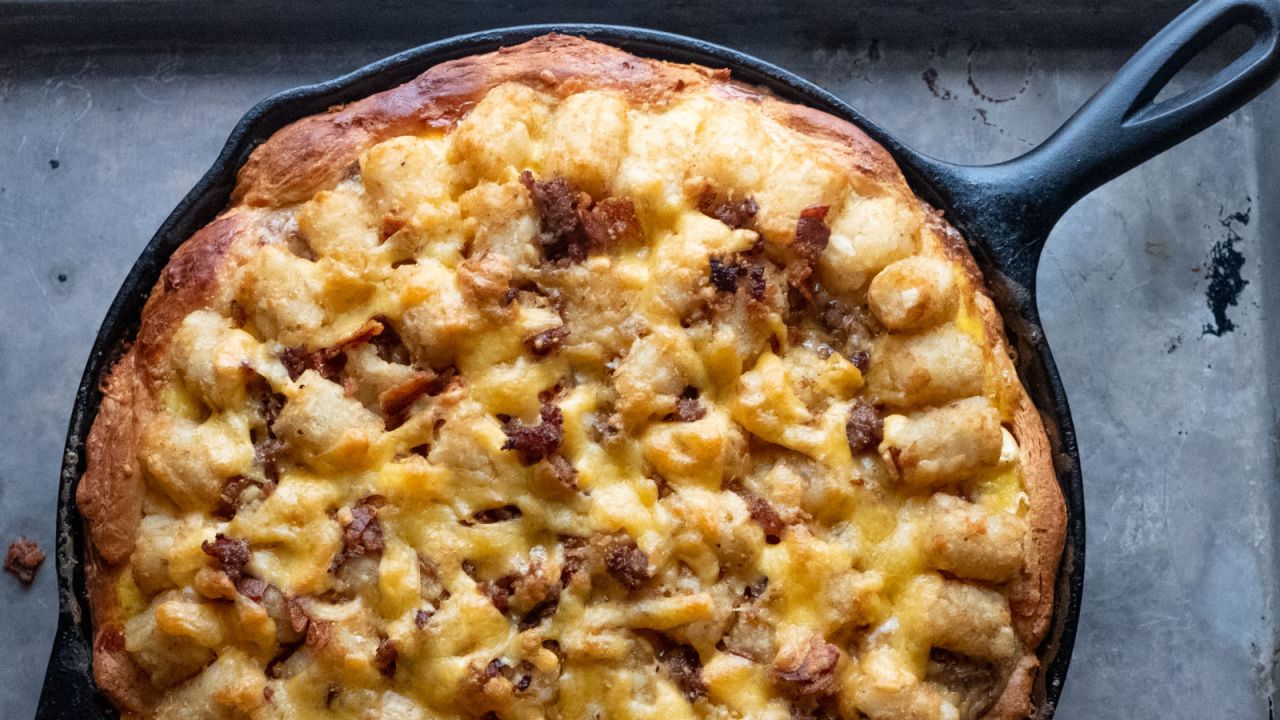 I don’t know if Garth has ever tried this casserole version of Garth’s Breakfast Bowl, the bowl that’s filled with the garlic and cheese tortellini that “Garth requires.” Unlike the bowl, this casserole features sausage gravy, which helps everything — the tortellini, hash browns, bacon, and cheese — meld into one, big, sliceable mass. It will make you sleepy, but being sleepy on Christmas is a given anyway. 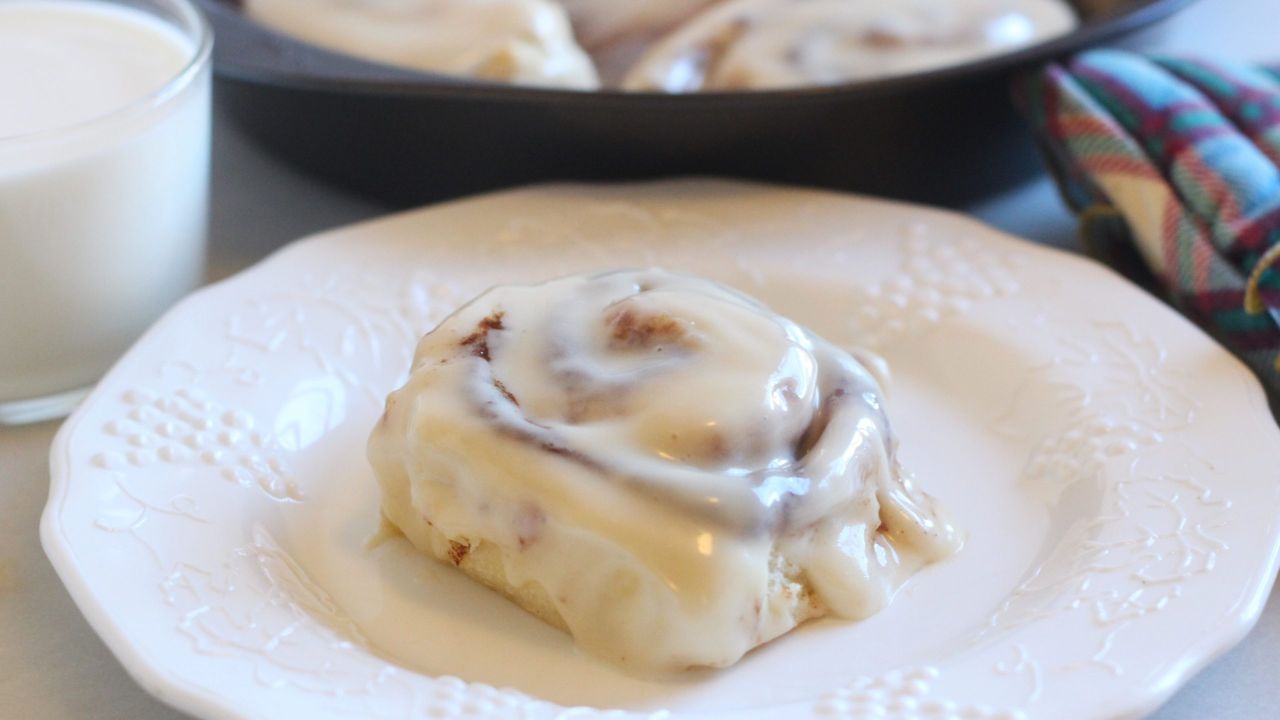 I do not have an original cinnamon roll recipe to share with you. (This one from Stella Parks is pretty perfect, and I wouldn’t dare mess with her ratios or instructions.) What I have instead are a few strategies (some call them “hacks”) for making any cinnamon roll recipe taste more like a Cinnabon, which is always my goal when making cinnamon rolls. And, if all of that sounds like too much, I have a back-up plan: just waffle some store-bought cinnamon roll dough and get on with your very busy morning. Serve some bacon on the side to balance out the sweetness. 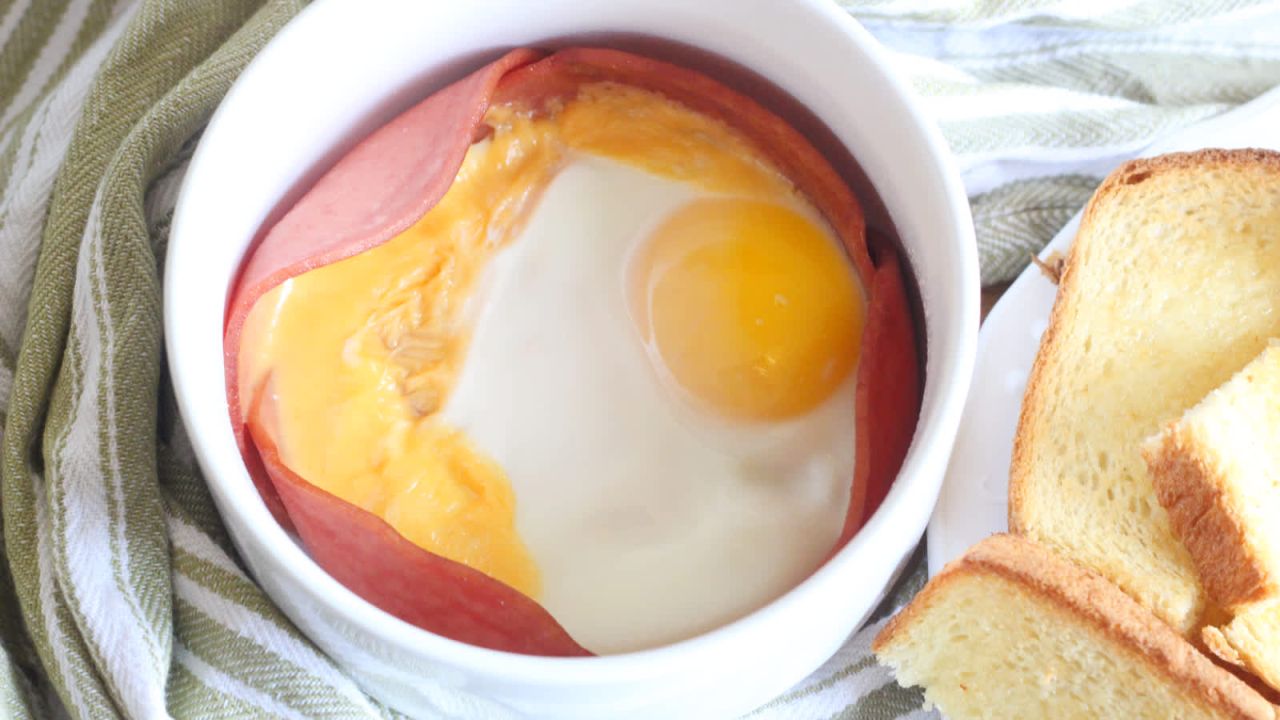 Haters will say this bowl isn’t elegant enough for Christmas morning, but I am urging you to try this combination of bologna, egg, and American cheese before jumping to any (classist) conclusions. This bowl is salty, cheesy, and meaty, and it’s made in the freaking microwave, which means you can make them as your lazy family rises to greet the day (or encourage them to make them themselves). 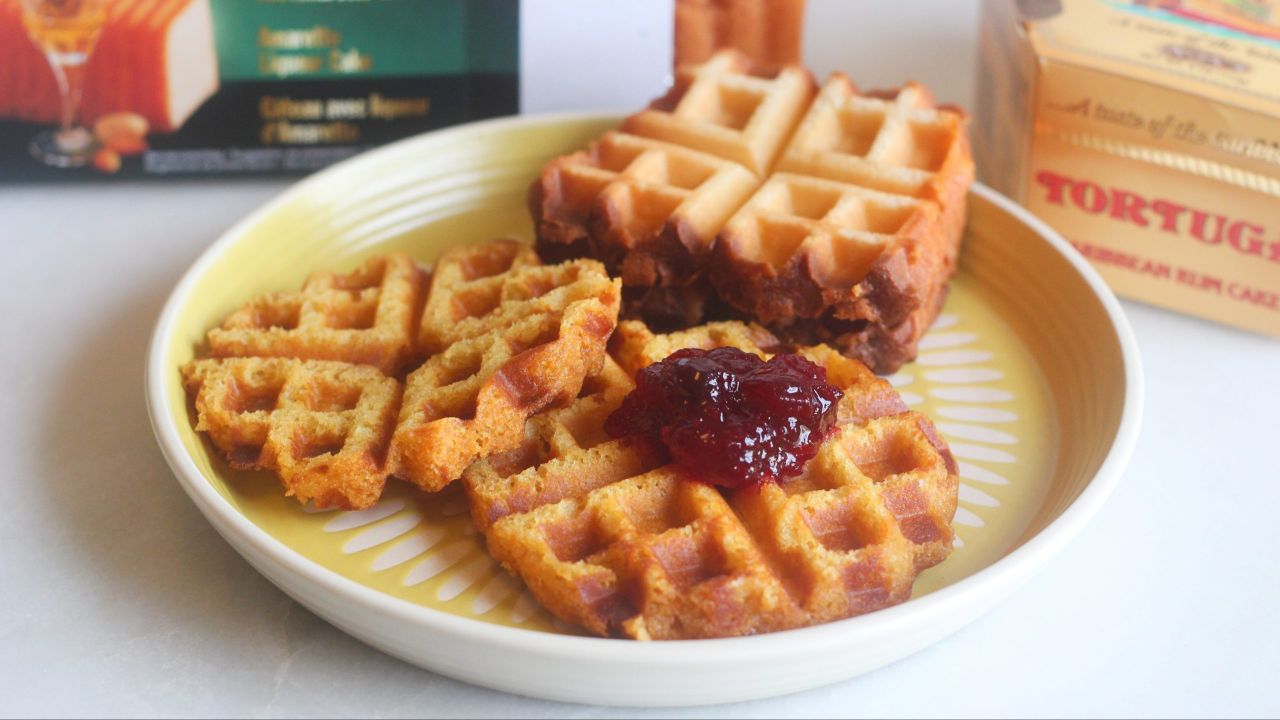 If you can waffle it, you can eat it for breakfast. The options here are almost endless, but my personal favourites for special occasion breakfasts include waffled rum cake, waffled Honey Buns (or doughnuts), waffled sausage balls, the aforementioned waffled cinnamon rolls, and the potato chip-stuffed waffled Spanish tortilla.

Waffle Yourself a Quick ‘Spanish Tortilla’

Spanish tortillas — aka eggs stuffed with potatoes and other things — are not difficult to make, especially if you cheat and use potato chips, but they are time-consuming. They take about half an hour to assemble and cook, and they are usually quite large. This is not the best... 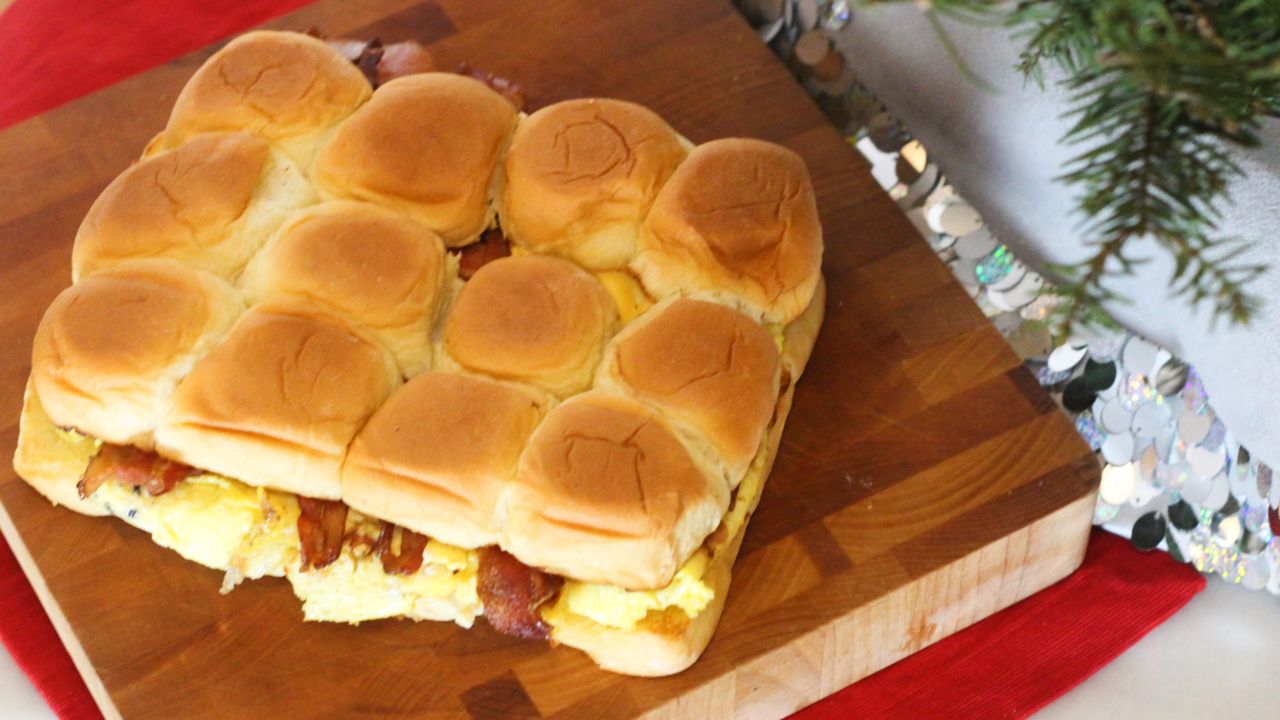 Every single component of these pull-apart sheet pan breakfast sliders are made in a single pan — including the eggs, which are cooked in the grease that gets rendered out of the bacon. These are particularly good for a crowd of kids, fans of Hawaiian rolls, or three or four very hungry adults.