Like the discovery of all good hacks, this story begins with my dog puking all over the place. In fact, he’d already puked once, so I cleaned it up and went back upstairs to my office to work. I sat down in my chair and my son yelled, “He’s doing it again!” And boy was he.

It’s not even the cleaning up of the vomit that I mind so much; it’s the smell. I have learned that spraying the area with a solution of equal parts water and white vinegar, and then sprinkling a layer of baking soda over the area is the best way to go (let it dry out and then vacuum it up). Even so, dog puke is a special kind of scent that likes to linger.

Why do dogs only puke on carpet and/or rugs when there are perfectly good hard floors nearby, is a thing I'd like to know

Someone on Twitter was like, “Put out a small bowl of coffee grounds to neutralise the odor,” and I was like, “There is no way that works.” But my husband went on a little googling spree and found enough suggestions for this very tactic that he became visibly excited — to which I supportively responded, “I mean, do what you want.”

So he did what he wanted: He put out a small bowl (maybe a tablespoon) of coffee grounds on a high ledge — so said dog couldn’t reach it — near the scene of the crime. Within an hour, he was beaming, and I had to admit things were much fresher.

Why does this work? Crazy Coffee Crave attempts to explain the science to me:

Coffee is enriched with caffeine, which contains nitrogen, too. The nitrogen element cranks up the ability of carbon to absorb sulphur, a scent which is often associated with being foul and unbreathable. 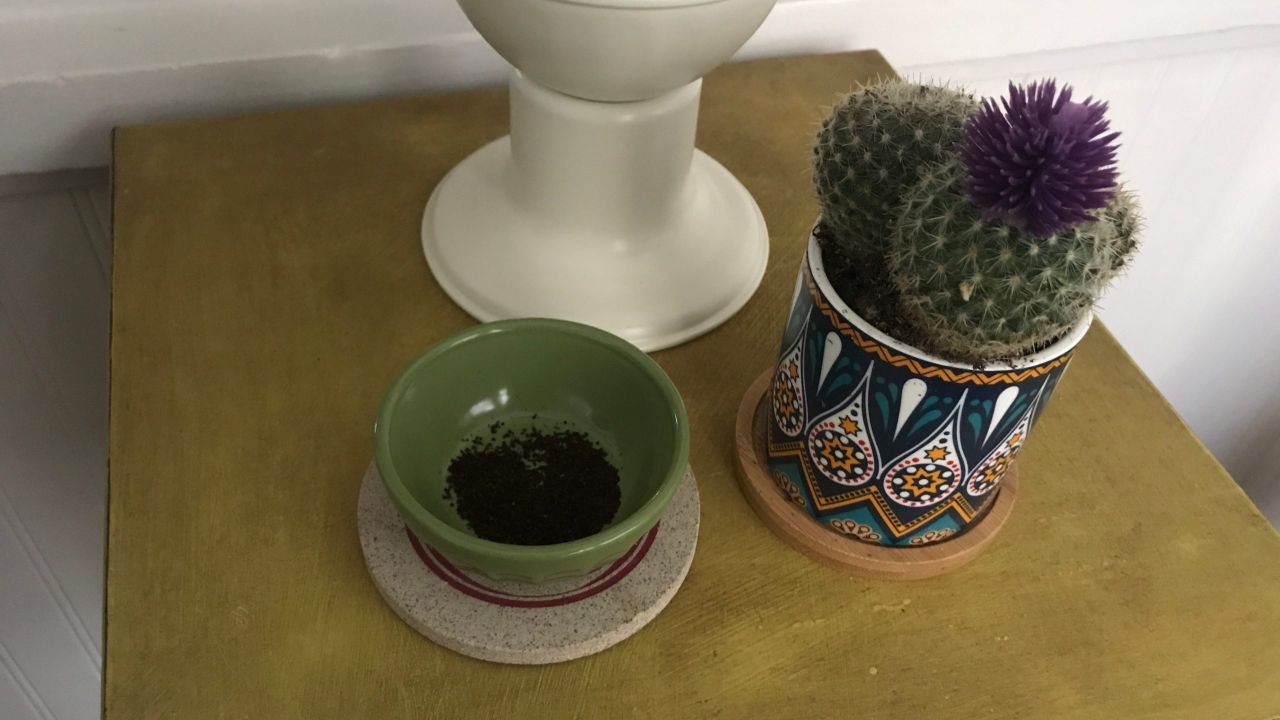 Now we’ve got some out on our enclosed sunporch to battle some smelly soccer gear, and that is working, too. (Photo: Meghan Moravcik Walbert)

The best part is that you don’t have to sacrifice your special, expensive blend. Any old Folgers will do — the nitrogen in the cheap stuff works just as well as the nitrogen in your fancy stuff.

And if you don’t want to waste even the cheapest of unused coffee grounds, you can dry out used coffee grounds, Crazy Coffee Crave suggests, by spreading them out in a thin layer on a cookie sheet and baking at 120 degrees Celsius until they’ve dried out.